Guess Who Won the Family Costume Debate Yet Again? (ME!)

Each year I begin to panic a little before Halloween wondering if I’ll get everyone on board for a family costume once again. Let’s review our costumes for the last few years. We were the Flinstones in 2014, in 2015 we were characters from Peter Pan, and this year… Well, you’ll see.

Earlier this year Lil’ J declared Zootpia as her new favorite movie. Not really a surprise, it was a huge hit in the box office and kids and adults loved it. She said she wanted to be Judy Hopps for Halloween. Of course instantly my mind began whizzing around thinking of the roles the rest of us could fill. Big T was an obvious candidate for Nick Wilde. 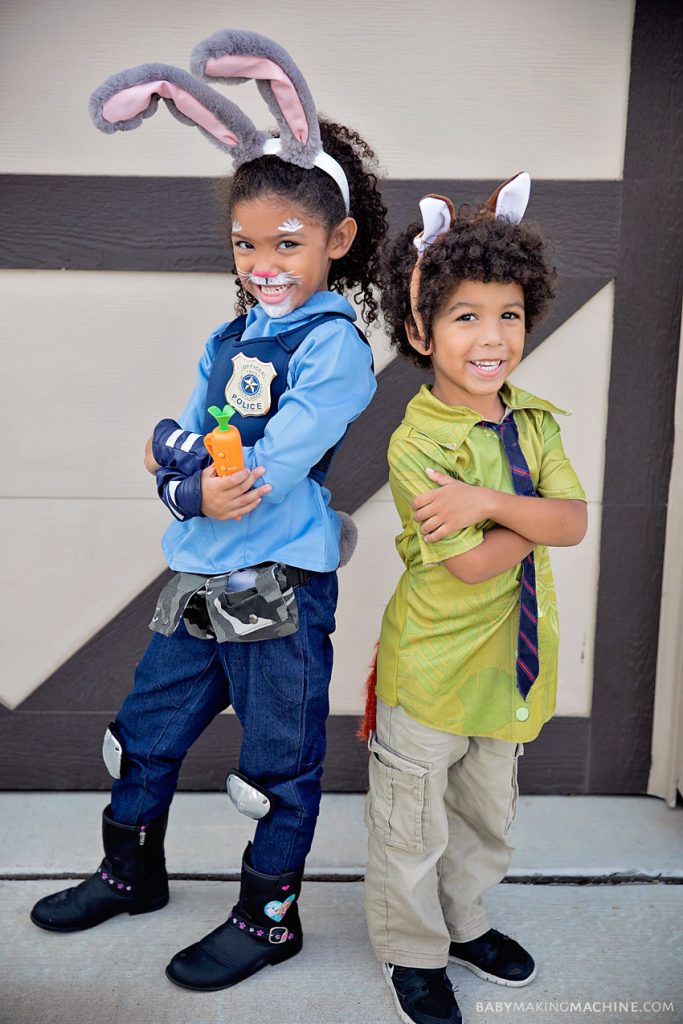 I was more likely to make a terrible Gazelle. Then I remembered the scene where Nick fluffs Assistant Mayor Bellweather’s “hair” and Judy tells him to stop because you’re not suppose to touch a sheep’s wool. Enter #NaturalHairProblems.

I decided my husband would be Chief Bogo and he agreed to play along. It was either that or Mayor Lionheart and playing a buff police officer seemed more fitting.

Later while watching a cute Amazon Prime commercial where a dog had a lion mane it struck me that Snoop needed one of those, and HEY! Amazon also has dog suits. BOOM. Mayor Lionheart.

Here we are in all of our glory. 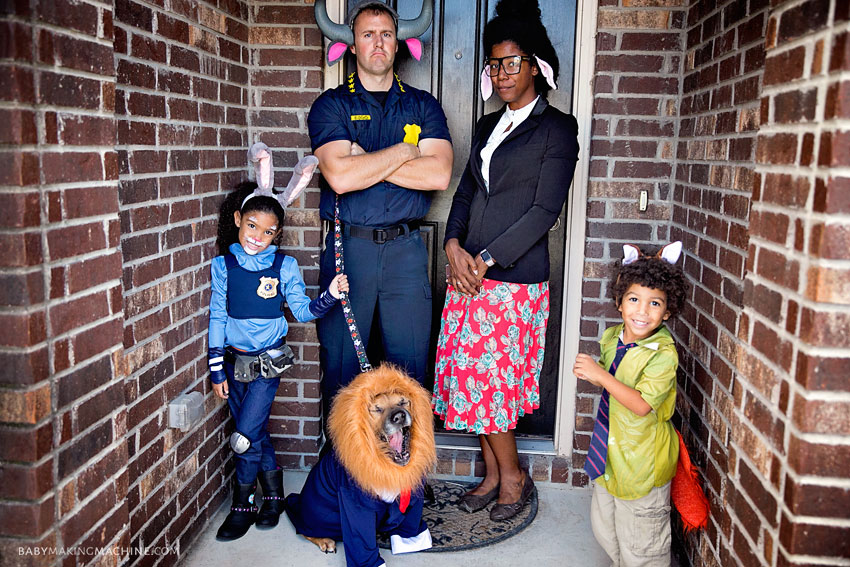 Now let me say I didn’t date let her browse Halloween costume magazine because I know it would lead to indecision after indecision and I really wanted to get at least one more year of a family theme in. Besides, six months ago we agreed she’d be Judy Hopps. No takebacks! 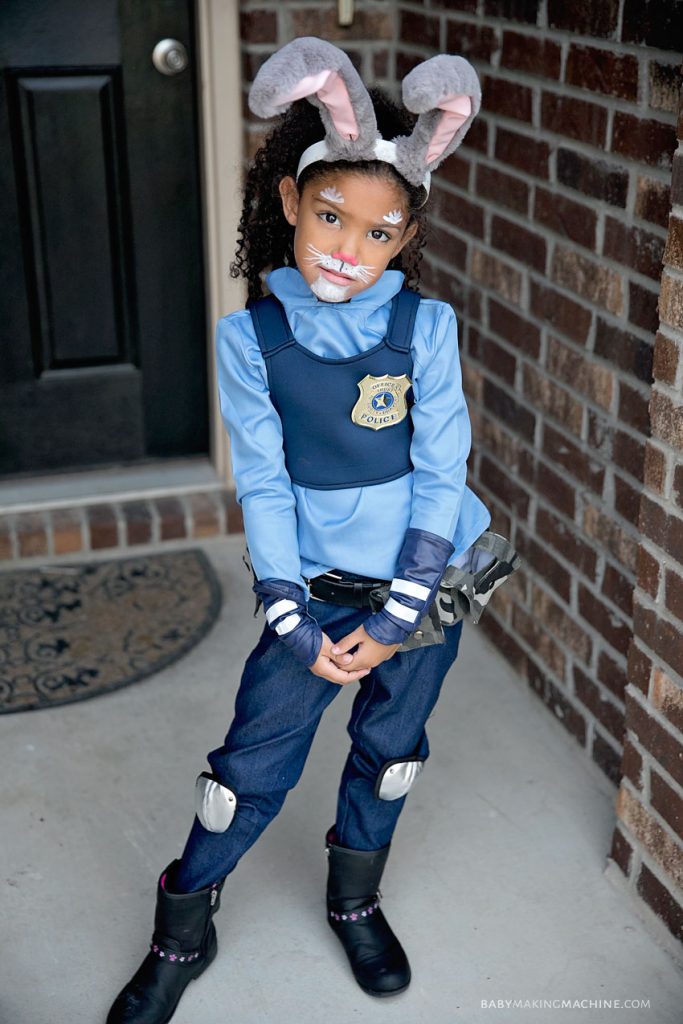 My daughter finally came around when my little sister Kimberly asked if we were doing another family costume theme to try to win the church Halloween costume contest. Lil’ J’s ears perked up at the idea of winning a contest and she was all in. I left out the fact that we’d be visiting family in Utah during the Halloween party, but when her costume arrived in the mail (I didn’t have the energy to make all of them this year) she was head over heels excited. Her favorite part being the tail. 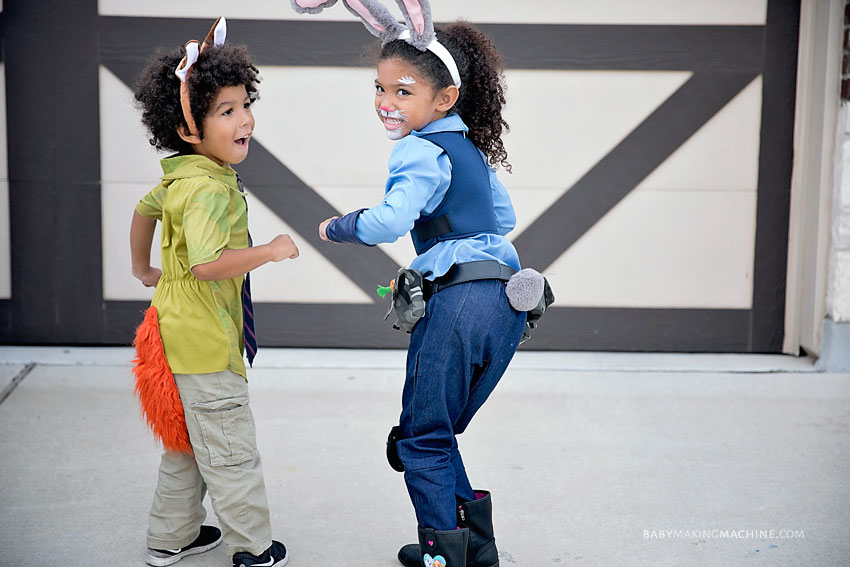 I got my son a Nick Wilde jacket on clearance at the Disney store months ago but it was still warm all October so I got a this cheap costume on Amazon. I’m not into the double head situation so I got him a different pair of ears and glued the corners to make them more fox-like.

My husband’s costume was the most work. Though he’s an officer he obviously wasn’t going to parade around in it for Halloween, so I got him a officer-looking shirt at Goodwill, ripped off the weird dragon pockets and hot glued on a good amount of crooked felt stars. 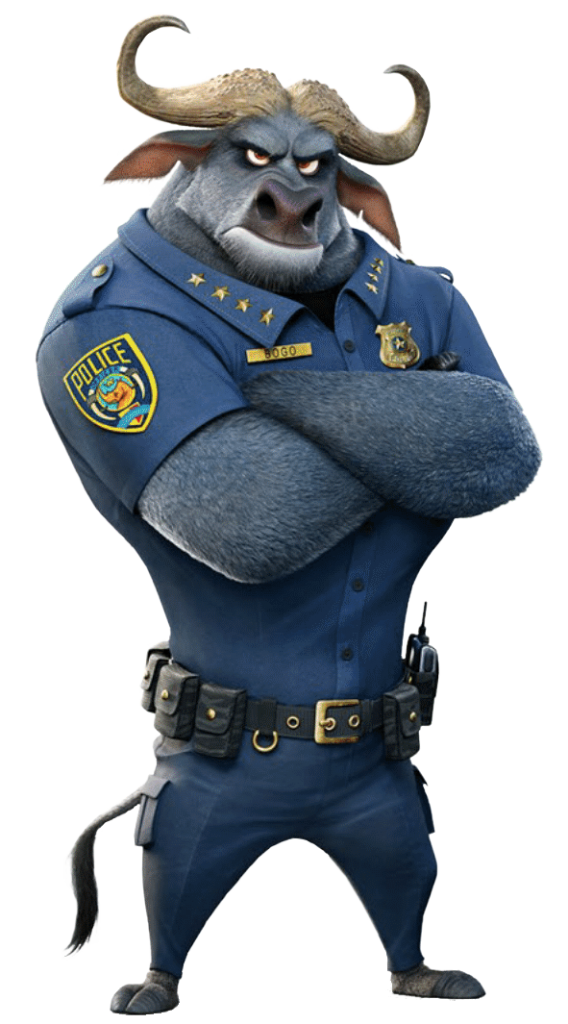 I also made him a felt badge by tracing the one from the Judy Hopps costume.

The horns I made by… Ok well I sort of cheated. I bought Maleficent horns, and re-glued them to the headband and painted them grey. I cut and hot glued some felt ears and BOOM! He’s a buffalo.

After all that work he refused to walk around the neighborhood in it, saying he only contractually agreed to pose for this photo. 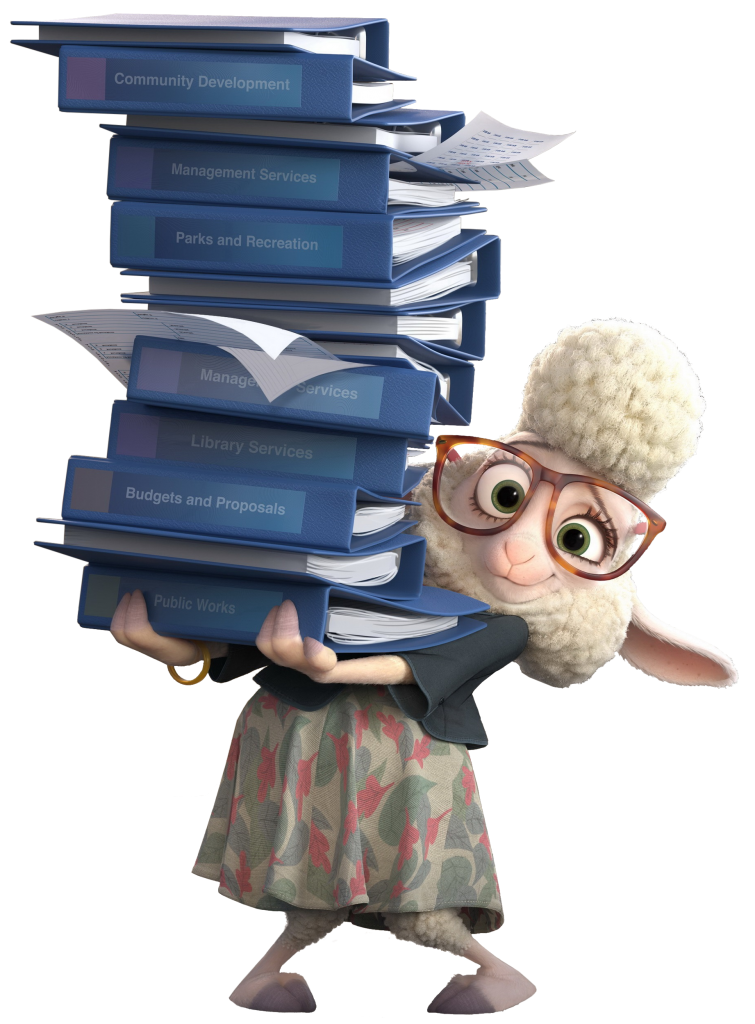 My costume was probably the easiest. I have so many blazers in the back of my closet from my news anchor days. I got a pleated skirt from Goodwill and these giant fake glasses off Amazon. Put my fro up in a top bun and pinned a little bit down in the back. I ordered my cute sheep ears from this etsy shop. 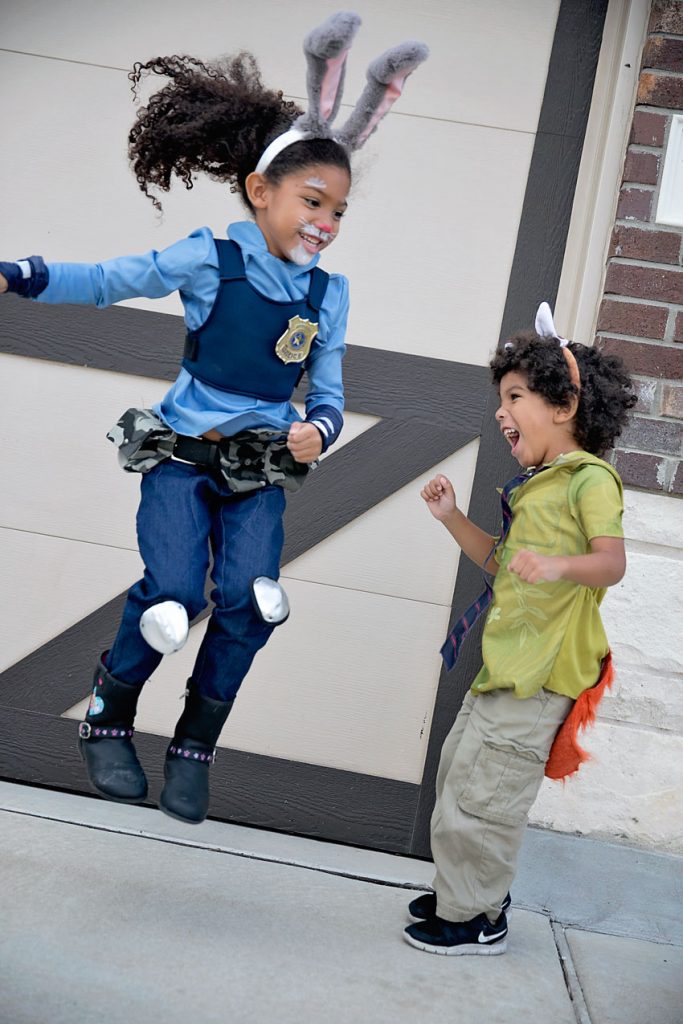 So what do you think? How did we do? Do ya’ll do family costumes?

Here’s hoping I’ll get my family to cooperate again next year. If not, well, I enjoyed the last three, and this year we went out with a bang.

I need to step my game up! These costumes are amazing as always. It’s rained the last three years for Halloween here and I thought this year wasn’t going to be an exception. So we didn’t get costumes thinking we’d be stuck indoors. But as luck would have it, we got zero rain. 😐 So rain or shine we’re getting costumes next year. Not sure what we will be because my son like Thomas the Train and Spider-Man while Moo is all about the Disney Princesses.

Oh you’re to sweet. And man, I don’t even know how I had the energy to do all this this year. I think this holiday has just been something I’ve looked forward to so I enjoy going all out–At least for the costumes. My son is all about Thomas the Train too! And J is all about princesses, maybe our kids can coordinate with each other! haha.

I’m glad you had a dry Halloween this year but sad you weren’t expecting it.

Oh my god! These are the most adorable family costumes I have EVER seen! How unique! I would have never thought to do this!

Aww Amika, thanks so much!!

So adorable! Love that your husband was a good sport. Hoping to pull off a DIY Judy Hopps costume this year.