Words every mom needs to hear

Have you ever had someone say something to you that made your day? Maybe it was a compliment about your style, how you made them feel, or a job well done? What’s the nicest thing someone has ever said to you?

It used to be that compliments about my work made me feel best. When someone praises a photo I took, or tells me a story I wrote moved them to some emotion… Happiness, tears, action. I feel so grateful and appreciated.– Validated if you will.

When we were on day two Disney World (are you tired of these stories yet?) Lil’ J had basically been scared of most of the rides. We canceled a fastpass for the popular new Mine Train roller coaster after the Peter Pan ride scared her to tears. (To her credit, she was fine until the ride stopped midway through and an announcement came on for us to stay in our seats. She wasn’t fooled, and thought we were trapped). 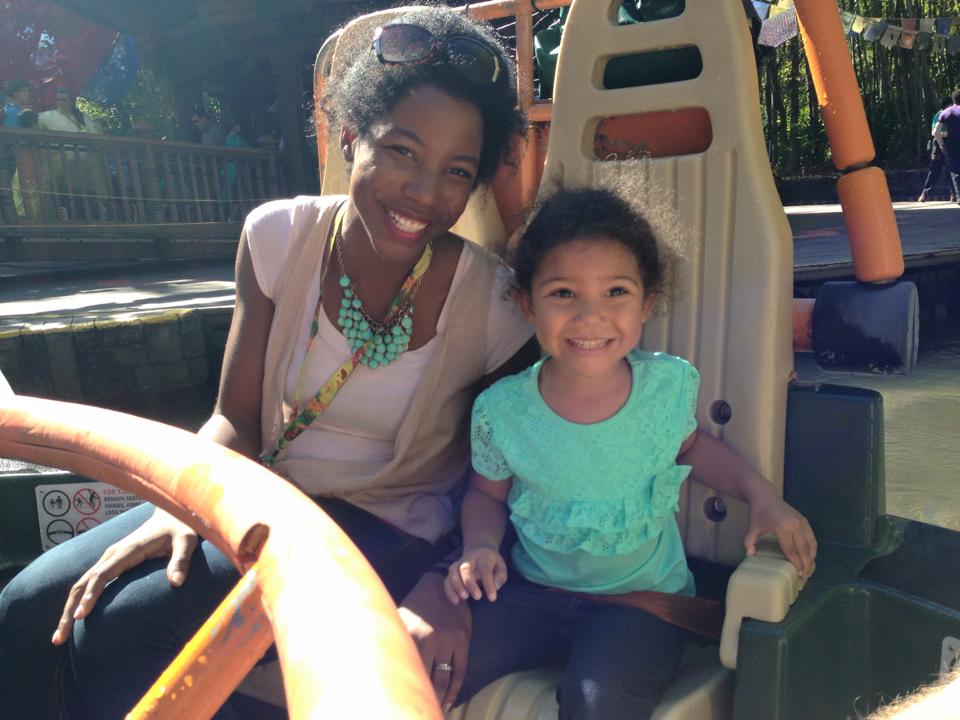 We were at Epcot and I had another fastpass for the popular Soarin attraction, that takes you on a sensory ride with wind in your hair, and smells of the scenes around you. I didn’t want to force her on any scary rides, but I knew this would be something she’d enjoy if she gave it a try.

We waited in the fastpass line and were immediately brought up to get on with the next batch of riders since we were only a party of two.

I had a few moments to tell her we’d be pretend flying in the air like they did in the movie Rio.

When we sat down in our seats she started to get a little nervous while I tried to adjust her seatbelt, and everyone was getting situated. I talked her through it, telling her to look at the big screen, and that we’d be watching a movie on it, and that she could hold my hand.

As the ride started and we began to lift up in the air she squeezed my hand, and I squeezed back, telling her how much fun we were about to have, and that she could look at me instead of the screen if she got scared. I told her we were about to pretend to be like birds and fly!

The screen lit up and we began flying over mountains, trees, the ocean and snow. I whispered to her the entire time. I stayed completely enthused and joyful, making her laugh as we tried to “kick” the surfers and snowboarders. I asked her if she could smell the California oranges and the pine trees. And I encouraged her to look for her Uncle Matt on the ski slopes, or Grandma’s house in what looked like Utah.

I watched her nearly as much as I watched the ride and saw her face change from nervousness to sheer glee.

She was having so much fun and started pointing out everything she saw. I was so proud of her conquering her fears. Right at the very end she saw Tinkerbell and got excited. Then that little fairy cued the fireworks–which we weren’t expecting–and the loud noise and sparks in our face sent her back into tears.

We were so close!

I tried to calm her down and reminded her of all the fun things we saw, and that we love fireworks, but man, we wish we had known those were coming! I was hoping that last tiny little surprise wouldn’t ruin her entire memory of the ride.

I was hugging her and consoling her as we walked out the exit. The older woman who was sitting next to us on the ride approached me. I wasn’t sure if she was going to make a remark about my talking during the experience or what. I didn’t expect what came out of her mouth.

“I just wanted to tell you that you are a great mother!” She smiled and glanced between me and my daughter.

Her words instantly touched me, warmed my heart. She continued.

“You were so great on that ride. She is so lucky to have such a good mom.”

Here I was feeling guilty for not making it through yet another ride without tears, feeling like I was probably being judged for bringing her (almost pushing her) on the ride with me, and this stranger (without a hint of sarcasm) went out of her way to give me the best compliment a mother can receive. 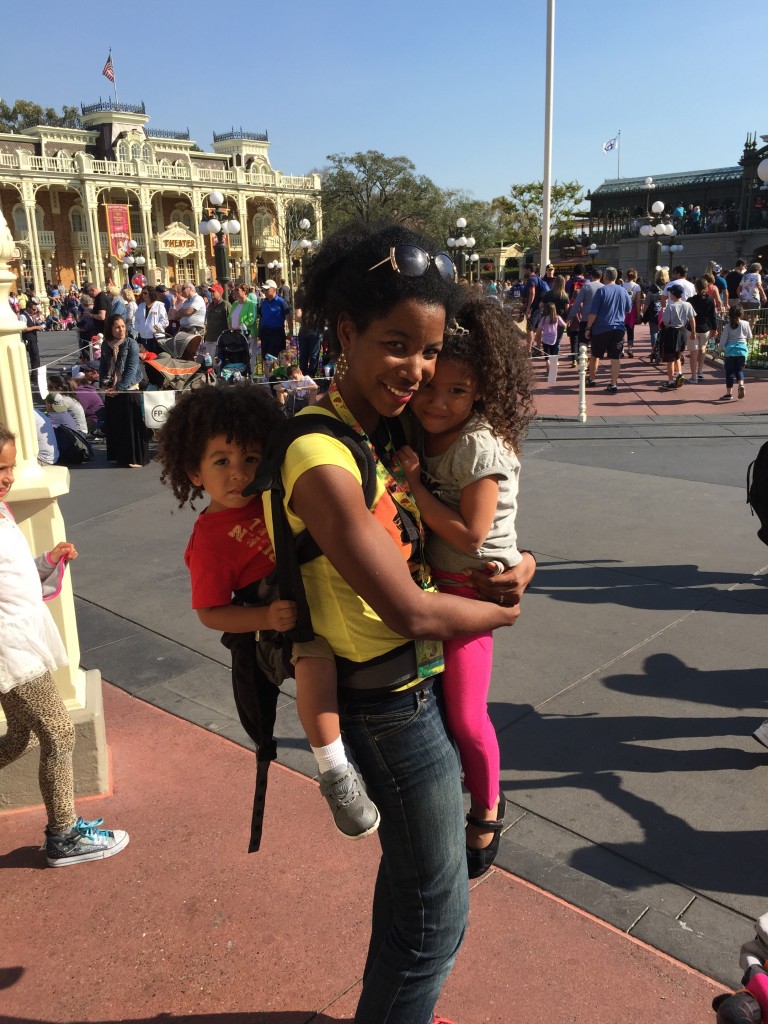 I’ve thought about that moment several times since then. How it made me feel, and how it makes me want to be. When have I noticed a mother doing her best, maybe even clearly struggling to do so, and reached out to her with words of encouragement, or applause?

In a society with so much negativity and judgement, we need to offer more support and encouragement.

How can I make someone’s day? And I don’t mean by offering a backhanded acknowledgement of some sort like “my, you have your hands full!” I mean a genuine compliment on a stranger’s parenting.

Of course we are never seeing the full-picture in passing, but I think it would be safe to tell a mom she’s doing a great job, when we see a job well done. Especially if it can make her feel as good as I did, when I was feeling as bad as I was.

*This post was written as a part of a the #SisterhoodUnited campaign by Similac. Here’s my thoughts on mother’s supporting one another no matter how they feed their babies. All opinions are my own.

You did an amazing job! She may not remember the ride but she will always remember you being there to encourage her while she was scared. Those moments when you were whispering to her will forever play on the background of her memory when she is trying something new and feels so terrified.

I really hope so Andrea! I mean, that’s the kind of thing we hope for as moms right? Thanks so much for your sweet words. My kids are alright 😉

Did you burst into tears when she said that? Because, I’ll admit… I got happy/proud teary on your behalf when I read it. 🙂

You did do a great job in that experience, though, and you can tell you are crazy about your kids. Keep up the good work, mama.

Oh my goodness Monica I was so close. If I wasn’t worried it would make Lil’ J feel worse I probably would have. I needed that.

Having raised our 5 babies (only 6 1/2 years apart), I know what you mean by the happy feeling you get when someone is kind enough to compliment you as a parent. I remember one time, years ago, taking kids to a public bathroom, (almost always a yucky experience with little ones) and I had to corral the kids into stalls and was using my encouraging mommy voice, “remember not to touch things…we have to wash our hands…etc.” and a very sweet women said to me, “You are such a good mom, you speak so kindly to your children!” I was surprised, but delighted with her words of encouragement and all these years later, I haven’t forgotten them. 🙂

Awww, seriously, don’t they touch your heart so much! And wow! You are such a fantastic mom! 5 babies close together and staying calm in a public restroom. You deserve an award! 🙂

This story sounds perfect! Im really glad to hear someone finally came and told you such thing!. I agree with you, that its good to hear compliments, and specially if they are about your children or your parenting skills, it makes you feel way better than a job compliment! I think its because kids ar something so precious and have a connection with you that is beyond knowing.

I bet lil J will remember you where with her in every moment.

Thank you Maca! I hope she remembers the experience as a good one. It is crazy how connected and in love we are with them isn’t it? I hope they always know that! 🙂 Thanks for your kind words, I really appreciate it!

Whenever other mom friends are having a hard time instead of voicing “Have you tried this? ” or offering other suggestions, Ive come to learn the most help I can be is lend my encouragement and remind them how wonderful they are and what everyone else sees in them. Sometimes we are too hard on ourselves. We as moms beat ourselves up all the time with “I should have… could have… would have..” Life is too short! Don’t sweat the small stuff. We are in this together. I just told a friend the other day that she’s like Mary Poppins. Practically perfect in every way.. and you know what? She is! That’s all she needed. Thats all we ever need. Not a lot. Just a little recognition.