Several months ago I lost my cell phone(s). I had two at the time. A Samsung Galaxy SIII I was trying out, and my beloved iPhone 4. I was traveling, had them one moment and the next they were gone. I used the tracking on them and saw  that someone had taken them as they weren’t at a place I had been, but then it stopped tracking and I can only assume whoever took them restarted my phones. BOO.

So my contract with AT&T was up for renewal/upgrade, but I didn’t want to pay $200 for another iPhone when the iPhone 5 was set to come out within a month (according to rumors). So I got a cheapo $20 phone with no camera and sloooooow annoying texting. When the iPhone 5 finally was released I got it that day. 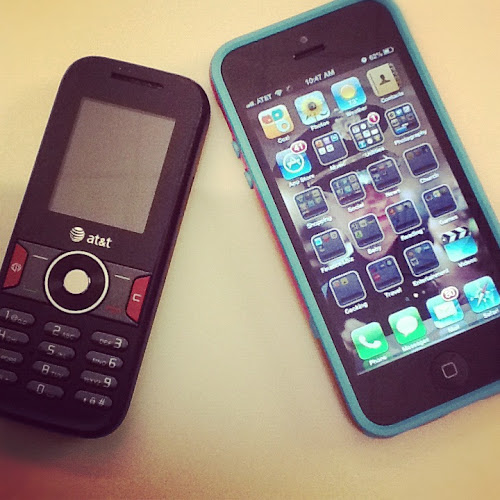 Out with the old, in with the new

Funny thing is since then, I’ve gotten two more phones to try out and my iPhone has been tucked away in a safe.

So first, I tried the Isis Mobil wallet on another Samsung Galaxy SIII. I loved the app, hated the droid phone. It has since found a better home. 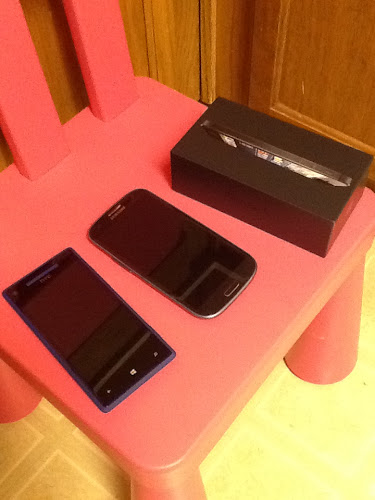 Right before switching back to my iPhone I was contacted by Windows to try their new HTC Windows Phone 8. At first I was like “Eehhh… Not another phone” (funny huh?) but I decided to give it a try anyway. I switched the SIM card from my Galaxy S3 to the Windows Phone and set it up myself within minutes. Then… I couldn’t put it down.

No lie, I played on that phone for hours the first night I got it, and I’ve still been customizing it to my liking since then. Since I’ve tried so many phones in the past several months, and this one is a VERY good rival to my iPhone.

I never was able to customize my droid or make it feel like my own (I never even learned how to change my background) and I consider myself a pretty good techie device person. The Windows phone is way more intuitive, and I figured out how to change the colors, photos, and tile sizes right away. I got an instruction manual with my phone, and an introductory packet with joining the Windows Phone team, and I honestly didn’t even read much of it.

I’ll get to tell you more about this phone later… Things like the “kids corner”, my favorite apps, photo/status sharing, my VIP section, and whatnot, the cool camera… and I will, but I first just wanted to show you how I’ve set up my home screen so you can see how pretty it is. 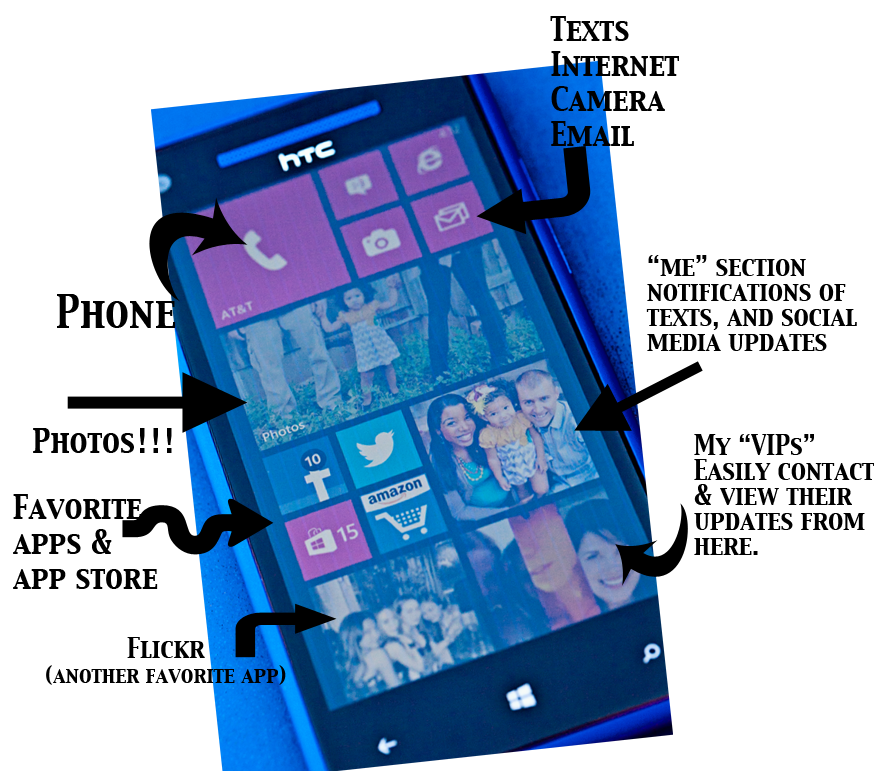 I’d be surprised to see two phones that look alike. I set mine up so the phone button is the first thing you see because, well, it’s a phone first and foremost. Then I have texting, email and my camera buttons all next to that because they’re the features I use most.

Below that is essentially the “photo album” section of the phone, and I made mine extra-large with a slide show of some of my favorite photos of Lil’ J scrolling through.

Below that there’s my favorite social media and shopping apps and my social media updates. Then if you keep scrolling down there’s my flickr, pinterest, Instapic (more on this in a moment), alarm, maps, wordpress, weather, foodie, and tons of other apps I’ve added. It’s really neat because the tiles move and flip so you can see different updates and photos flash by. Man, maybe I should add a video to explain this better… Maybe next time. 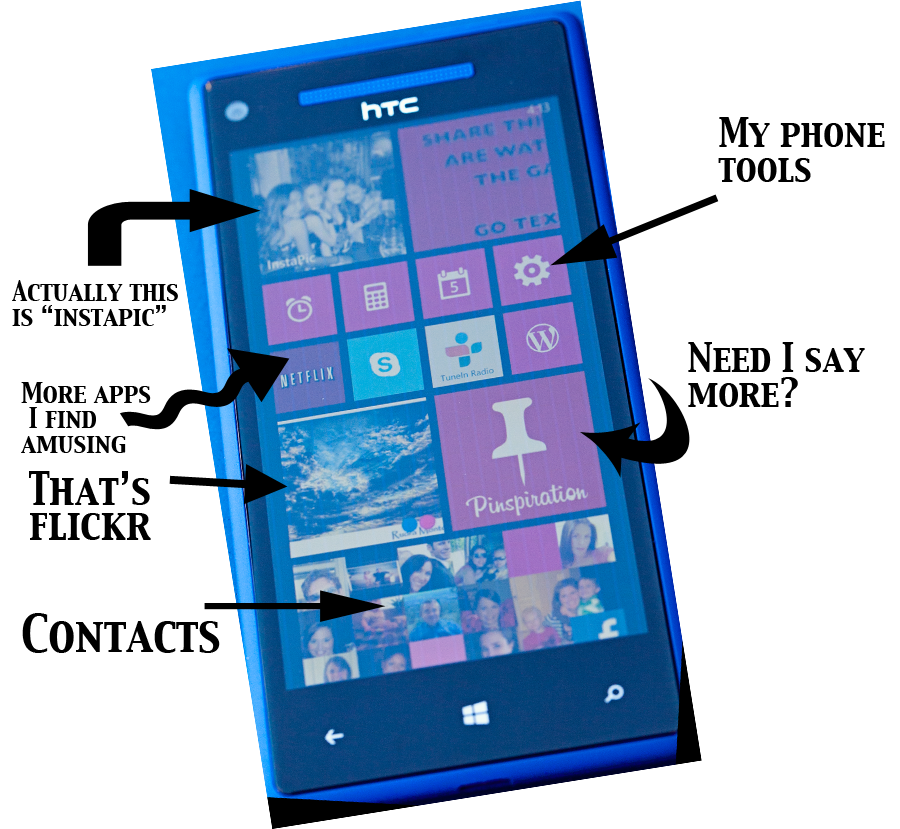 Anyway, there’s a quick introduction to my new phone. If you’re in the market for a new cell and aren’t sure what kind to get I’d seriously consider this one if I were you. With my Galaxy S3 I missed my iPhone every day, using my Windows Phone I only miss it when I want to use instagram. Because they don’t have an official Instagram app yet (but word on the street is it’s coming. I keep checking every day!). I still take photos on my phone’s camera, which is pretty good, then send them to myself and upload to instagram from my iPad, so problem solved! Other than that, I honestly really like the phone (and so does Lil’ J, but we’ll get more into that later!)

Any questions? Let me know.

Content and/or other value provided to Baby Making Machine, by our partner, Windows Phone. All opinions expressed are my own.

I got the hubs this phone or Christmas. His contract was up on hi iPhone 4 and he couldn’t decide what he wanted. He is now a convert, he loves his windows phone. The only thing he misses is pandora.

Great post! I have a lumia 810 and love the windows phone! I have had iOS and Android and the WP is sooo much bettter! you can still get Pandora and its even better than the ios or android version! search the market for “radio Controlled” its a Pandora client that lets you login and play your pandora stations. Best part is you can skip as many songs as you like and NO ADS!

Yes a few games/apps are still missing from WP but it will grow and has a lot already!

Meh I hate windows anything, it’s so mass produced and easy to use. Its geared to the average person, and it is to manipulate the windows OS. I’ll pass!

I might have to check that phone out with my next upgrade. How do you try out phones? That sounds cool

You could definitely see your expertise in the paintings you write. The world hopes for even more passionate writers such as you who are not afraid to say how they believe. At all times go after your heart.

I read this piece of writing completely about the resemblance of most recent and previous technologies,
it’s awesome article.

If you have a photo that might work well as a before and after photos, you
can post it so that everyone can see the change that you
have. However, in today’s modern world, computers are taking over that function. It needs special expertise to club the two effects in proper manner.

Have you ever considered about including a little bit more than just your articles?

I mean, what you say is fundamental and everything. But think of if you added some great graphics or videos to give your posts
more, “pop”! Your content is excellent but with pics and videos, this blog could
certainly be one of the very best in its field.
Terrific blog!