Why We’re Seriously Considering Naming Our Baby After Ava DuVernay

My husband and I have been going back and forth on baby names for months. We don’t agree. I’ve rambled off dozens of names and get shot down time and time again.

Just when I thought we may never agree we had a breakthrough. I was telling my husband how inspired I was by Ava DuVernay. How she was the first black female director with a film budget of $100 million. How important and meaningful her films are. And how she’s breaking glass ceilings and lifting others up with her. I told him I will never forget how she made me feel when I gave her a hug and told her how much her work meant to me and our daughter. How she really saw me, and how she spoke about being a light in the darkness (something I’m always telling our children). And how she even said hello to our nameless baby in utero. 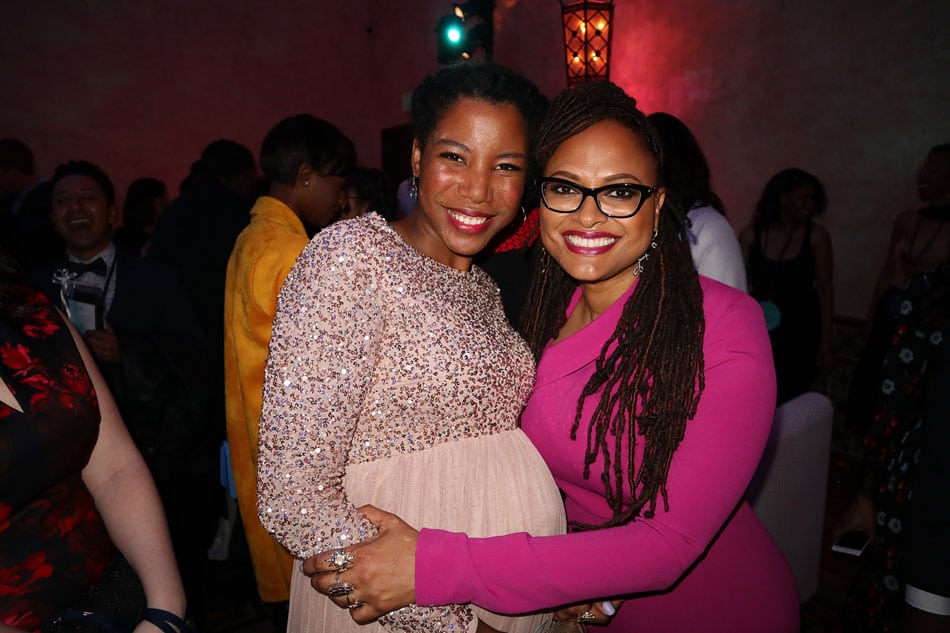 I waited for his immediate “nope” but he stood silent for a moment. Was he listening? Did he tune me out?

“Yes, it sounds good and I like names that have meaning,” he said.

He wasn’t enthusiastic about the additional letter but he didn’t object. Both of our kids have names containing ‘Y’ so I’d like to carry on the tradition.

Thrilled that we’d finally agreed, I did a quick search to see how popular it is.

Will you believe it’s the 3rd most popular baby name of 2018?

Coming from a Jennifer, I know how this feels. Going by first name, last initial in a class where five other people share your name. Or you get a nickname like Jenn, Jen or Jenny. Gah!

Our name decision is still murky, but something that’s crystal clear is the powerful impression Ava DuVernay left on me. I knew she was an incredible, inspiring, amazing woman. But what I didn’t realize was how genuine, spiritual, and down to earth she is.

In tears she told us about her nervous call to her mother before her first A Wrinkle in Time junket. 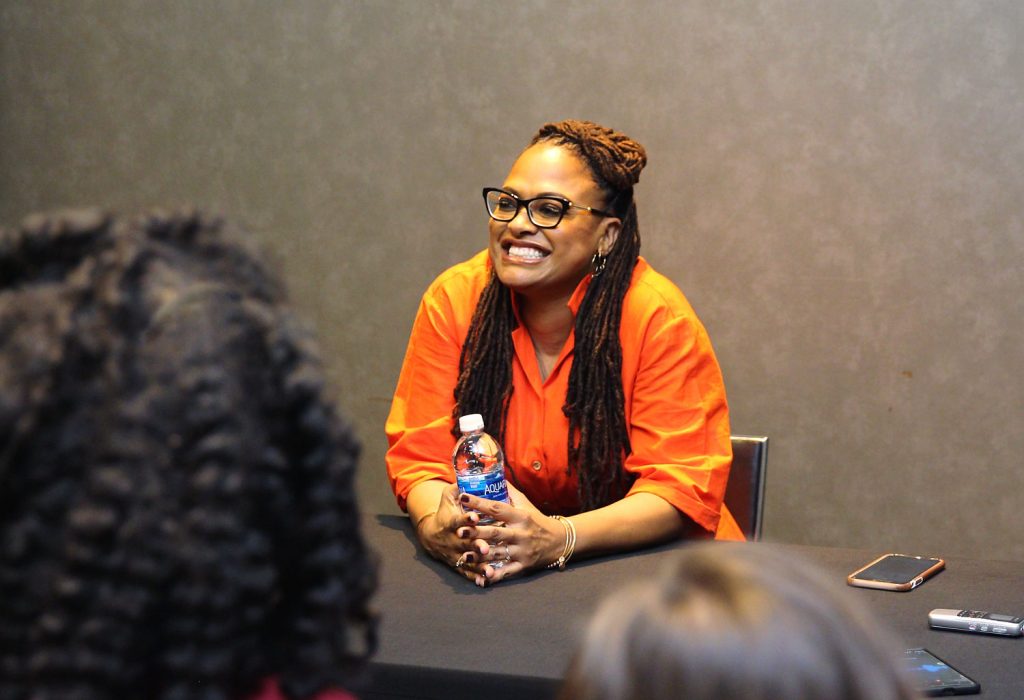 “I said ‘mommy, I’m going to the junket. I’m gonna share the movie for the first time with people who are gonna see the movie for the first time. I don’t know what they’re gonna think,'” Ava recalled. “She said ‘Avy, you did your best.’ I was like a little girl again. ‘You did your best, babe and, you know, your best is good enough and so pretty. It’s just like you. You’re the best girl in the world.'”

Well I think Ava’s mom was right. Ava did an incredible job and I think the world is going to be pretty impressed with how pretty it turned out.

The Message She Hopes You Receive

Movies are powerful. They can make an impact on the world, and that’s what Ava hopes to do with hers. She wants everyone to leave feeling full.

“I just want them to be meaningful. I don’t want them to be junk food where you come in, you see the movie and you walk out and you forget about it by the time you get to the car,” Ava said. “I want the images to stick to your ribs like soul food, I want you to think about the stories or get something from the narratives or the way that the camera moves or the way that something looks. You know, just try not to let it be empty calories, you know, a meal and I think, you know, the only way to do that is to put love in every frame.”

Now she’s turned to make another impactful film, this time in a different genre. Ava said her films are her children. After her award-winning films Selma and 13th Ava really wanted to do something for children. 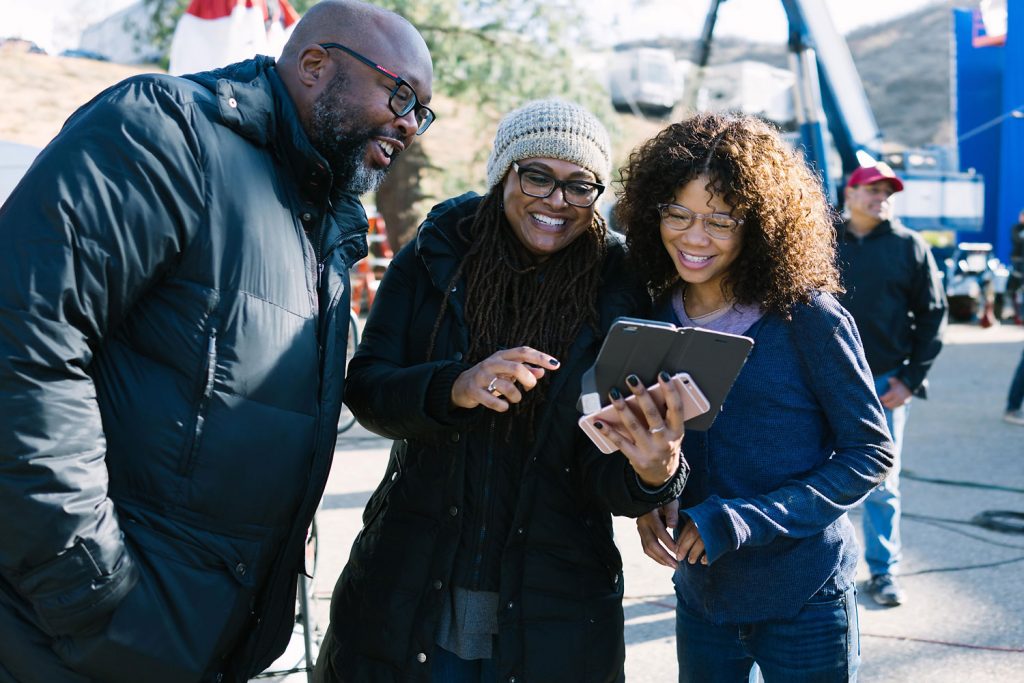 “You know, I put my blood into them. It’s really what has my name on it. It’s what I’ll leave behind in the world and so to be able to make something specifically for kids today, something that I hope endures for kids, you know, for a long time to come was very emotional to me,” Ava said. “I really want it to be a seed that blossoms into something beautiful in young people about the way that we treat each other and the way that we see ourselves and the way that we’re seen and so that’s really what I’m hoping. I mean movies have the power to do that.”

When I took my daughter to see the film and one thing she mentioned after was how it was “funny”, but not “a funny movie” and that’s exactly what Ava said she wanted.

Without any input from me, my 7-year-old daughter walked away from A Wrinkle in Time making her own connections between the messaging in the movie, and Dr. Martin Luther King’s message.

Ava’s hope was to keep the intention of Madeleine L’Engle’s book the same. She wants to remind people to plant seeds with young people and remind them that they can be a light in a world of darkness. 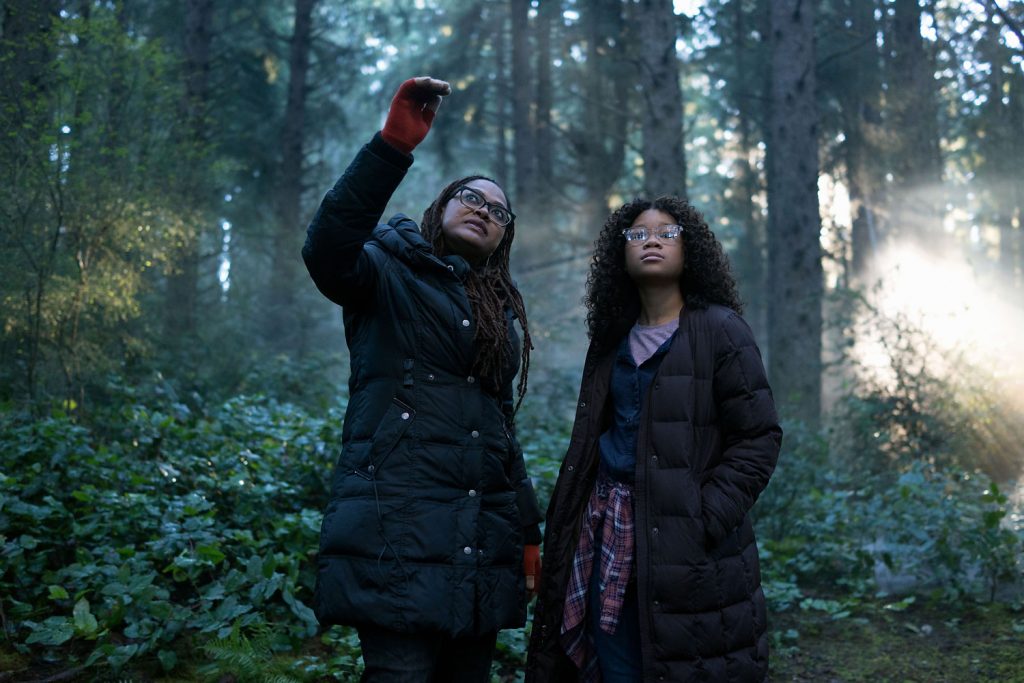 You’re more than just a number to Ava DuVernay. If she counts you during her day, consider it a big compliment.

“I do this thing all day and I don’t talk to a lot of people about it but I do this thing all day where I count gratitude so throughout the day,” Ava said. “So at the end of the day when I say goodnights to myself and to the universe or to God I’ll say 13 or 47 or whatever. And in that moment I can’t remember all the things they were but like I’ll count them. So today I’m on 19. You all are 20 right, about the things that I’m grateful for in this moment.”

Doesn’t that just give you all the warm and fuzzies? But of course she keeps it real.

“And some days you’re going through the day and you’re like I got three. Good night,” she said.

It’s her prayer and reminds her to be grateful of the little things through the day. From a smile, to someone who lets her in the left turn lane late, or a great parking spot.

“If you just take a second to acknowledge it, it gives you a little jolt of joy,” Ava said.

Maya. That’s is another good name. Amaya. A little of both.

Namesake or not, I know we are going to be seeing so much more from Ms. DuVernay. And I imagine the name Ava is going to be one we hear for a long long time.

You guys, A Wrinkle in Time is now playing in theaters everywhere!

What a great idea to name her Ayva or Ava – whatever you go with! She’s such an inspiration to all of us, and I think we all will be forever changed by her.

I totally agree!! It’s not every day you meet someone who leaves an impression like that.