Why We Aren’t Homeschooling This Year

The last two years we’ve been homeschooling and it has been an incredible experience. It’s something initially I never thought I’d do, but we fell into and in love with.

Now, this year my two big kids are going back to public school. If you’ve been following my Instagram stories you’ve most likely already seen me whining and crying about this change for weeks. But what I haven’t really gone into is why.

When we found out about Sneaky (Lee Lee these days) our world kinda turned upside down. Her pregnancy was confirmed the same day I had Lil’ J screened for dyslexia and got results I wasn’t expecting.

While that was good to confirm, it was a lot to process. We continued with her tutoring and I switched up the way we handled our lessons at home. 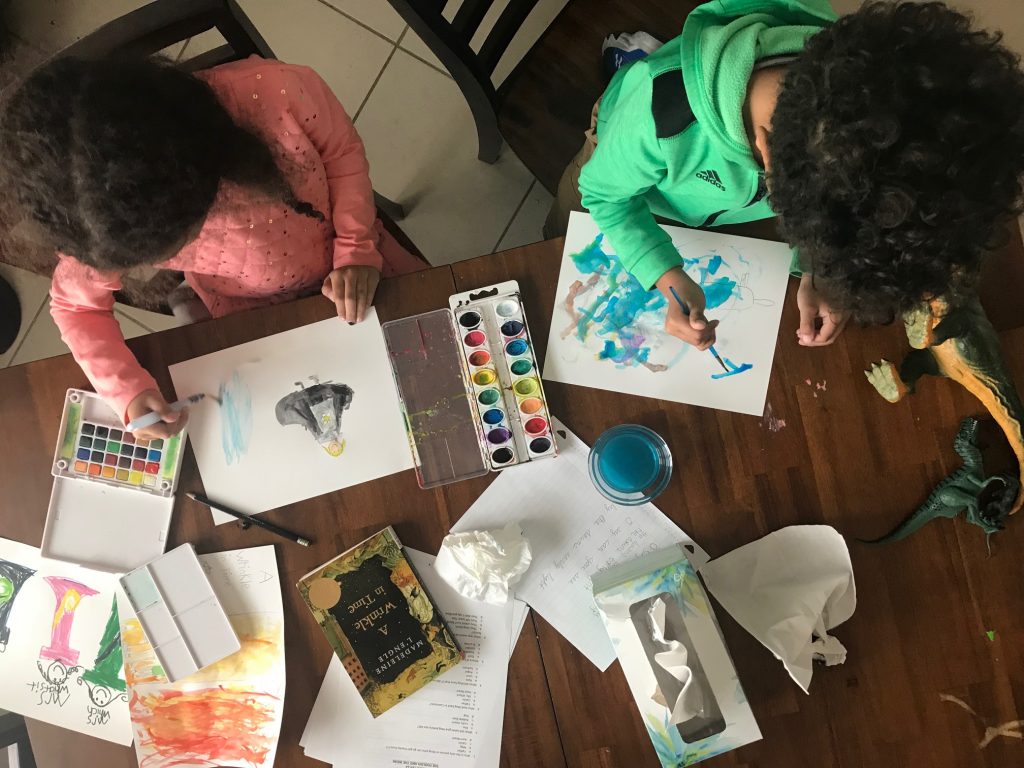 A few months later we began to consider moving to a larger home. One thing led to the next and before we knew it we were under contract building a new home to be done sometime in the middle of the school year. Not only that, but I have a lofty goal to put 50% down on this dream home of ours. Which means I’m putting my all into my business and savings.

Though I’m one of those women who feels like I can do it all: Work full-time from home, while taking care of an infant and homeschooling my two other children, and driving my daughter to her tutoring lessons, while packing up our home and preparing for a move. My husband put the kibosh on all that. Saying it’s too much. And he doesn’t want me putting so much on myself. His argument is also that we’ve tried homeschooling for a couple years and now it would be good to give public school a try since our son is starting kinder.

It’s hard to argue with his logic, but I still do. School starts SO early, and they’re gone about eight hours a day to accomplish what we can do in three. And so much is focused on teaching for the sake of standardized testing. At home we can go at our own pace, getting ahead in subjects she excels at like math, science and history, and take our time with reading. We can focus on Greek Mythology or Shakespeare and other classics. We can study based on their interests and deep dive when necessary. Public school is totally fine, but not as flexible as the learning style I’ve grown to appreciate.

Obviously I lost the battle. And about a week ago I finally registered my kids for public school. Yesterday I opened three browser windows and shopped for all of their school supplies and last night we met their new teachers.

I did my research on the best teachers for their grades, totally prepared to email the school with requests but everyone seemed great. So I decided to pray that they’d be placed where they need to be.

I got the Class Dojo requests from their teachers and was excited to see the kinder teacher my son was assigned was one I thought I really liked at the kinder registration night. When we arrived I realized I totally had the names mixed up. But his teacher still seems super sweet.

Next we went to meet Lil’ J’s 3rd grade teacher who also seemed so nice and I’ve heard great things about. Lil’ J thumbed through the classroom books with me and was excited to see some we’d already read together: Charlotte’s Web, Wrinkle in Time, The Lightning Thief and Son of Neptune were some we noticed. I could tell she was a little uncomfortable as we looked them over. When her teacher asked her what kinds of books she liked, Lil’ J hesitated for a few moments before saying the Percy Jackson series. Later when I asked why she was shy about telling her teacher she said it was because she listened to the series, but didn’t read it herself. I told her that didn’t matter, I listen to audiobooks too and it still counts as finishing a book, same as when we read it together.

I asked her teacher about getting an IEP/504 plan set up for her and she said I’d do that through the assistant principal. She was right down the hall so I was able to talk with her about our situation and get some information about first steps for getting her the assistance she needs. At the moment this is where the brunt of my anxiety lies. All I want is for my kids to be their best selves, and I want to make sure they have the tools and resources to do so.

Even though I’m sad and stressed about Lil’ J going back, I’m actually excited to see how this school year pans out for Big T. He’s been home with me all of his life and hasn’t had a ton of interaction with other kids his age. A lot of my homeschool experience was tailored to my daughter, and I think watching him learn from afar may give me more ideas about his learning style. This will be helpful for when we’re ready to jump back in.

Yea, you read right. My kids haven’t even had their first day of public school yet and I’m already looking forward to homeschooling again. I’m not exactly sure when that will be. Our move will take the kids to a new school so if the house is ready mid-year we could switch middle of the year, or commute them back the second half, or maybe we’ll begin homeschool again. The school we’ll be zoned for has excellent ratings and a lot of people rave about it. Does that impress me? Not really, but I’d be willing to give it a chance if it felt right.

This whole post seems like a bunch of whining and I promise I’m not always like this. I’m really going to give it my all because it’s the decision we made. Since it’s the one we’re going with I’m going to make the most of it, and be an example to my kids. I think it’s important for them to know how to be flexible and roll with the punches. And while they’re in school I’m going to make the most of my time (almost) alone and really try to make some headway on my business goals.

We’re rounding out this season of homeschool with another poetry tea party and talks about the year ahead. More coming on that soon. And more coming about the homeschool curriculum we’ve used and loved for all of those who are looking at diving in for the first time. 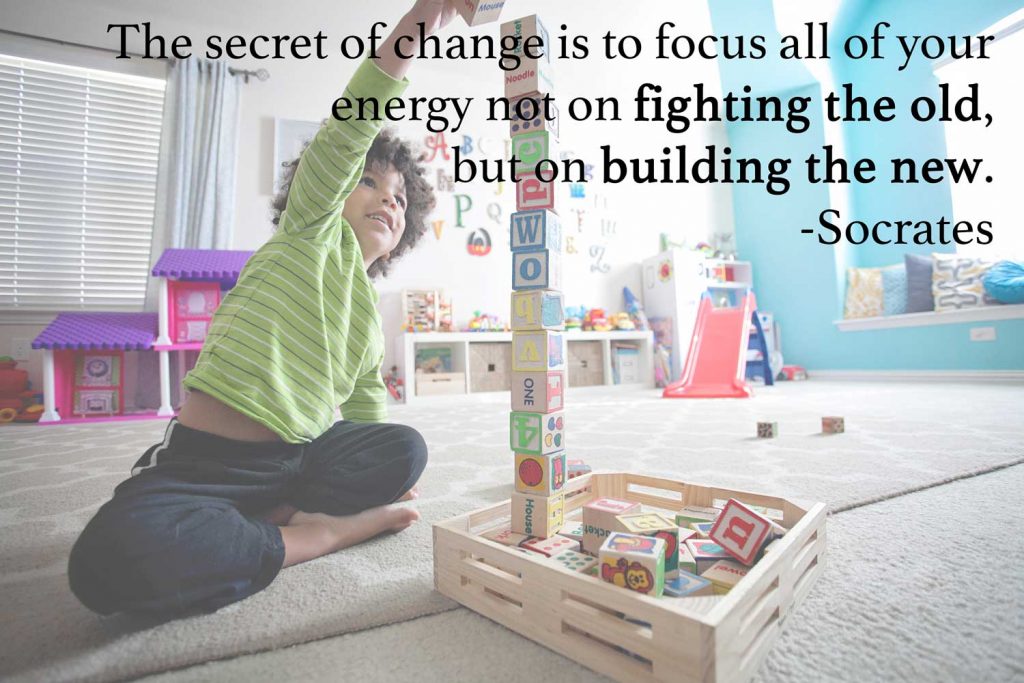 Lots and lots of prayers are going on over here. I’m praying we made the right decision, that our children don’t just survive but thrive in their new environment, and that I can continue to be the supportive mother I want to be through all these transitions. A lot can happen in a year. We’ll see how this goes.

It’s going to be a great year! And While there will be some adjustments-for everyone- not having too much on your plate will allow you to give them all your attention and the care they need.

I was there was a hybrid program near you. 🙁 these programs are popping up everywhere so maybe something will come up in the coming years that would fit with your family.

I so understand ya!! So hard!!! the longer we homeschool the harder it is to think about sending my kids to public school. dont stress too much!! may you always do what is best for you and your family and have prayerfully considered!

Of course you’re right to give in to logic. And to consider the benefits to be gained.

You can catch all the way up with your business putting you so far ahead in your marketing for when you return to a previous schedule. I think that is the bright side in your situation.

Meantime you are so far ahead of me in my business that I plan to glom onto yours and learn from you if it’s alright with you?

I believe in you J. You Got This!

I’ve been reading your blog for 4 or 5 years and that’s how long we’ve homeschooled! Never ever thought you would homeschool and was pleasantly surprised! 🙂 But I totally get it, I understand your husband kinda making you take a break from it. I’m currently homeschooling 9 and 6 year old, with 20 month old 3rd baby, running two businesses, and trying to revamp my old abandoned blog, it does feel like too much at times! I would likely send them to school for a year if we lived in an okay school district, but where we are it is downright dangerous to send them to school. Hoping to move soon and continue homeschooling! We just love it too much, don’t want to give up this freedom (works well with us both being self employed).

I hope their transition to public school goes well. Here’s to a great school year and them having wonderful teachers, awesome classmates, and you all getting back to homeschooling when it’s less hectic. Hang in there! Y’all will be homeschooling again before you know it. Meanwhile, enjoy the extra time to spend some one-on-one with Lee Lee and catch up on your all your projects.