Why I Keep My Camera in My Purse

I won’t tell you how much I spent on my 5D Mark ii several years ago. Let’s just say my husband took some convincing. Most of the time I keep it in my camera bag backpack, but there are times I’m in a hurry and I toss it in my purse. Yea, my camera that cost almost as much as my first car.

Why? Well, a few reasons. For one, I get to practice more. I’m trying to get better every day. If I don’t have it close by, my motivation to practice starts to dwindle. Secondly, I have a strange fear that if I don’t have it with me, I’ll miss a great moment (I need to work on that). And finally, I love capturing a little bit of our lives every day.

Now bear with me as I dump half of the month of February all over you.

Do you keep your camera on you? 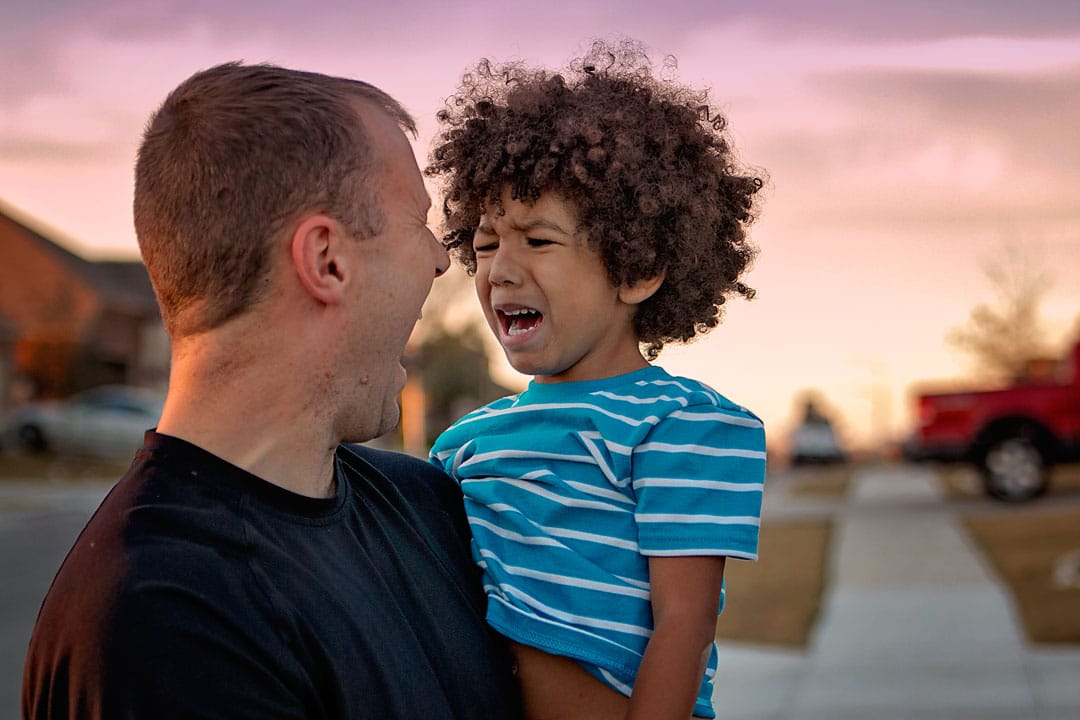 When you’re actin’ a fool while your sister is trying to sell Girl Scout cookies and daddy has to come pick you up and cut your tomfoolery short. 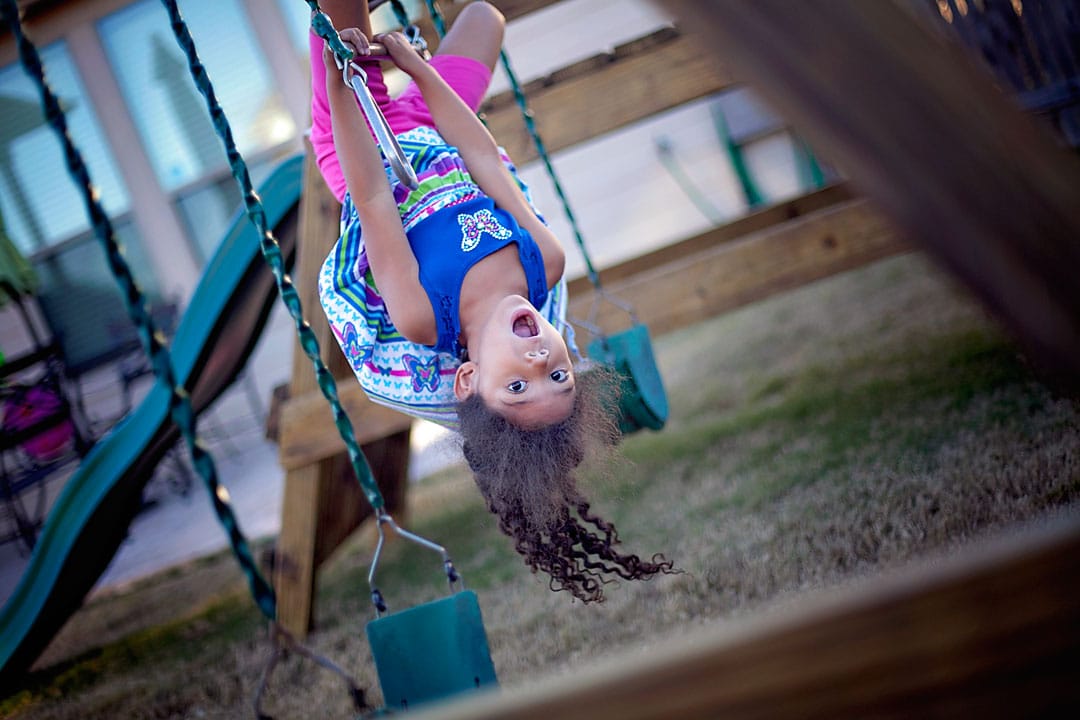 Daring daughter was dying to show me her new tricks. 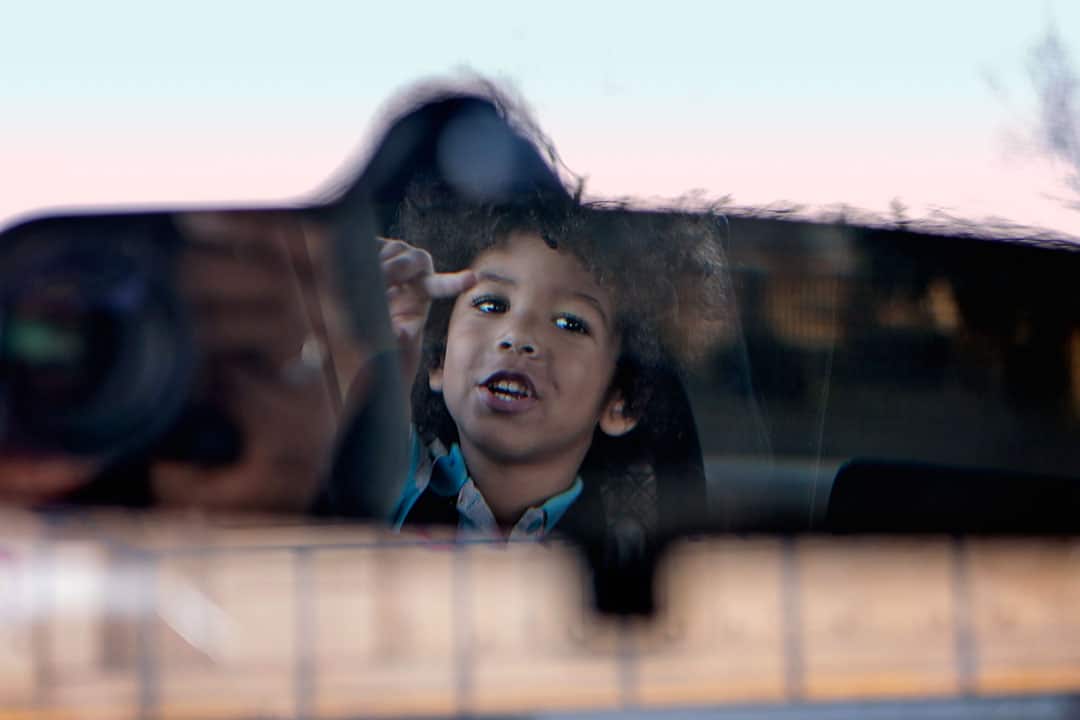 Snapped this one morning while we watched a train. He spotted it way before me. It was actually parked but he was happy just sitting and starting at it for half an hour. 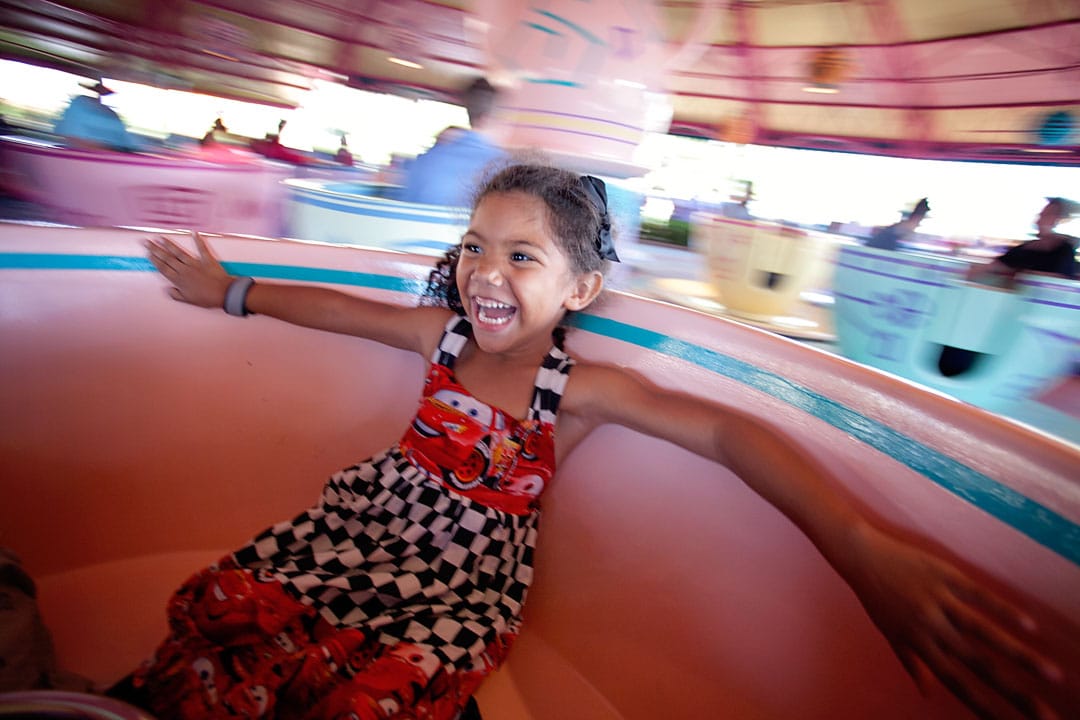 There’s nothing like seeing Walt Disney World through the eyes of a child. The magic is SO REAL for these two. I know we will love visiting the parks when they are older for different reasons, but man, I’m truly cherishing it at this age. 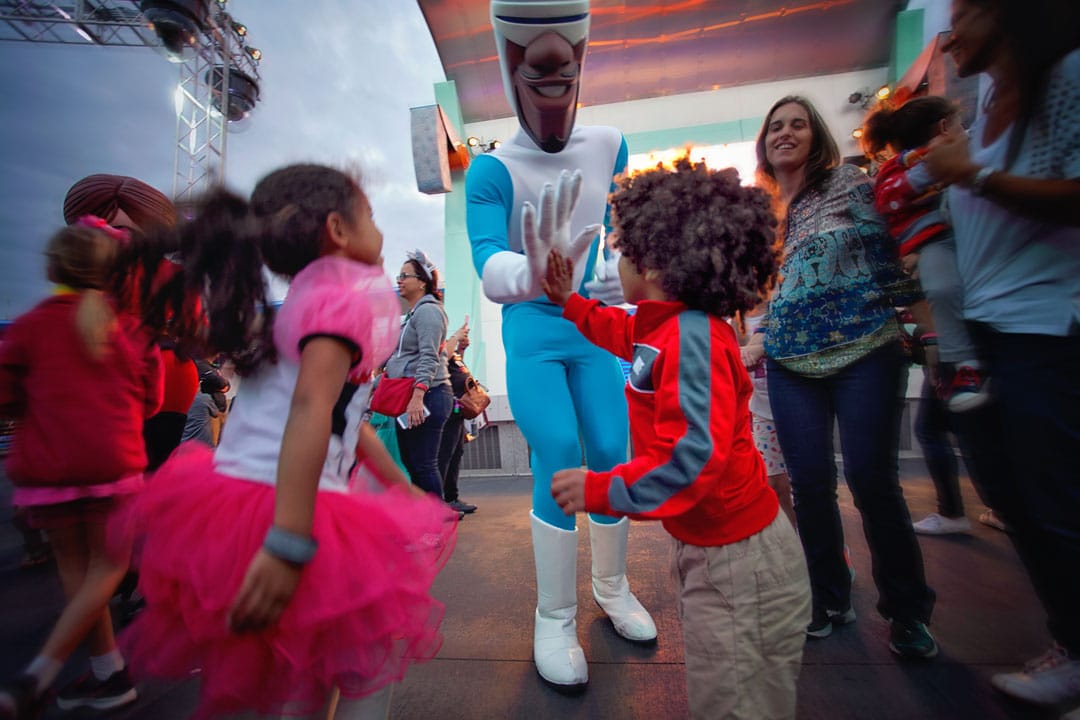 High-fiving the superhero Frozone while getting down in the middle of an incredible dance party? PRICELESS. 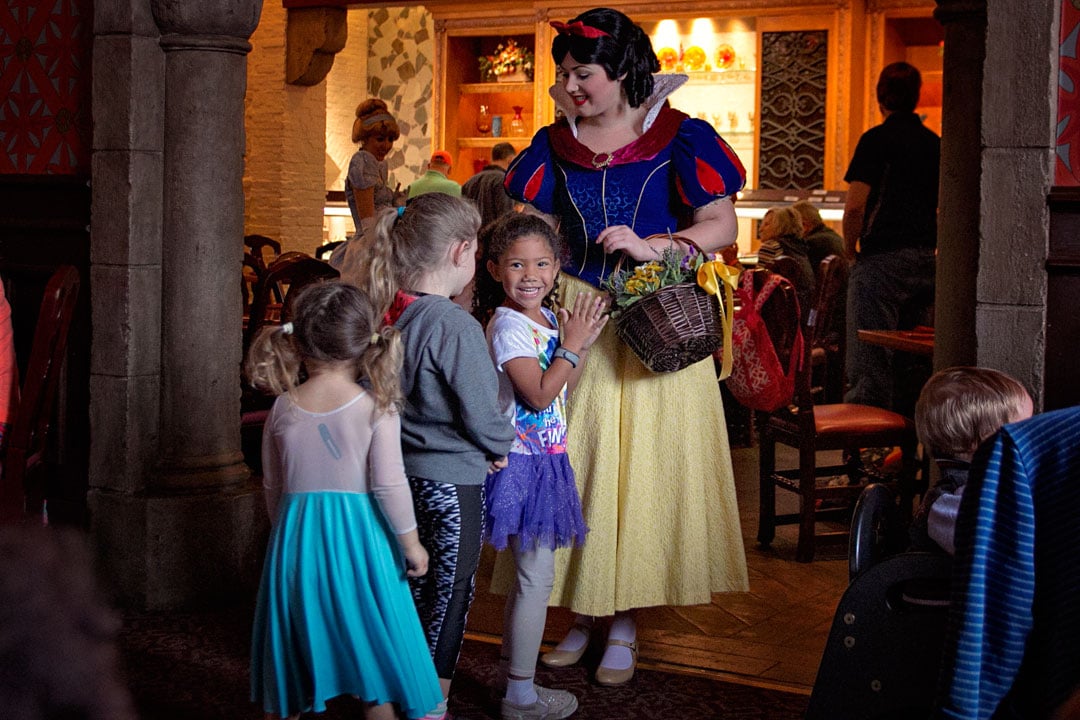 On day 51 we ate breakfast at Akershus and this wound up being Lil’ J’s favorite part of the trip. Are you surprised? We had lunch here last year and she was too scared to walk in the princess parade. This year? She did it twice! I snapped this photo as she ran up to participate. She turned around and looked at me, so excited to be standing right next to Snow White “the first Disney Princess!” (she likes to remind everyone of her Disney knowledge). 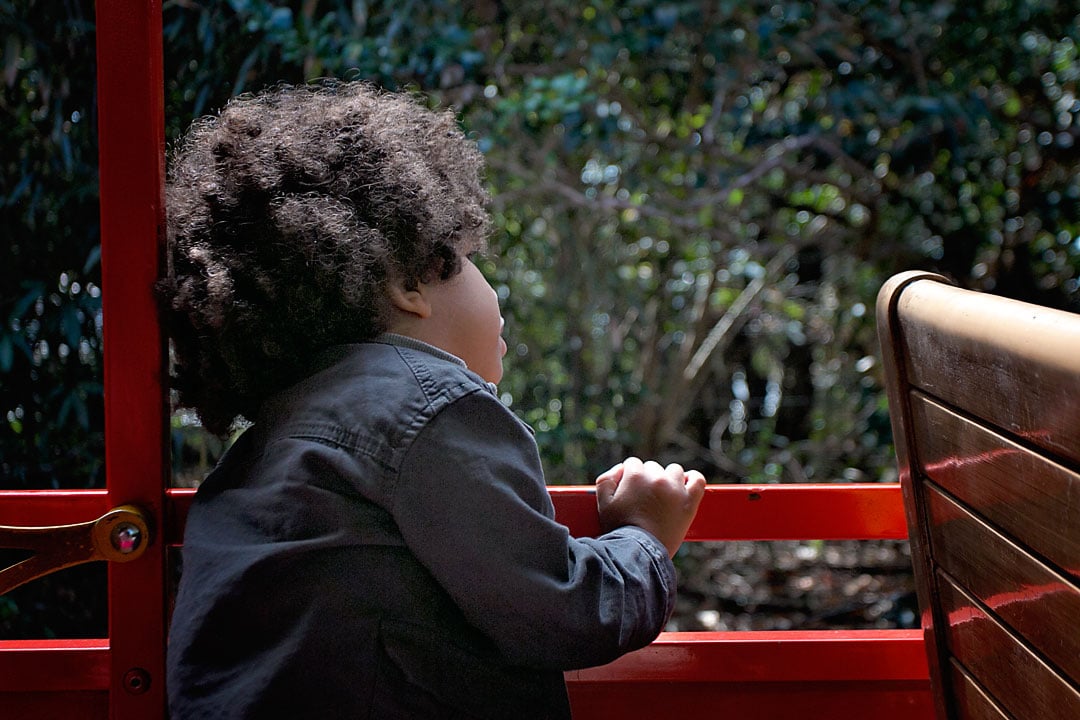 On day 52 my husband and I debated heading back to Magic Kingdom one more time. To me it was a no brainer, but he thought we could spend the morning relaxing by the pool. We compromised and did both. I’m so glad we went because Big T hadn’t had a chance to ride the WDW Railroad this trip. He was SO happy and cried getting off. It broke my heart. But I’m happy we squeezed that in before we left. 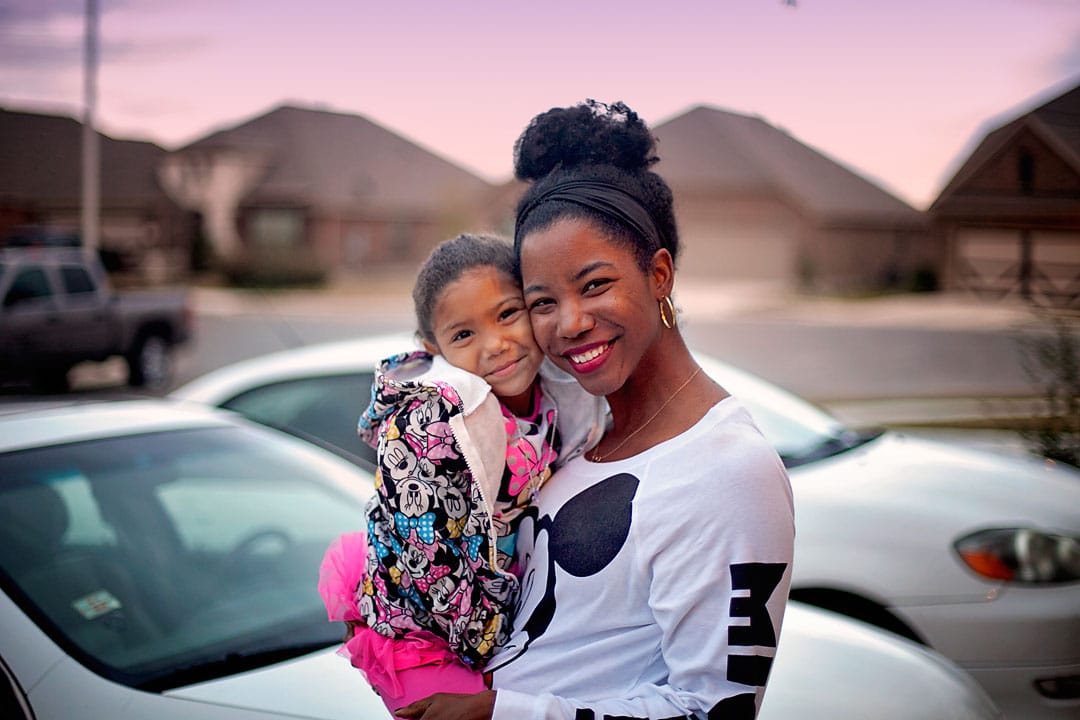 Lil’ J and I have been screening Disney movies together since she was 5 months old. The first movie was Tangled. It’s been a tradition of ours every time a new Disney animated movie comes out to see it opening night or earlier together. Continuing in our tradition we head out to see Zootopia! Love my little partner in crime. 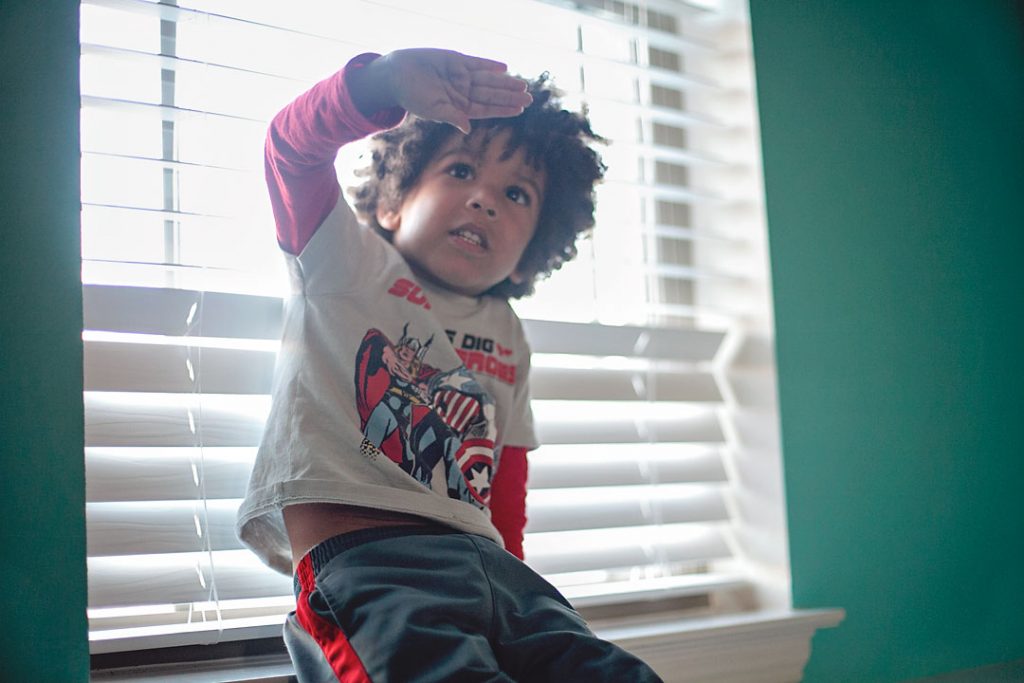 This time coming back from Disney World is so different than last year’s trip because both kids remember it well. Big T doesn’t say a whole lot just yet, but we totally understand him. In this photo he’s talking about “Goofy’s Airplane” roller coaster (the Barnstormer). I don’t think he was expecting it to be as fast as it was. Ever since getting off if you ask him about it he does these hand motions describing how he ride went up and down and around really fast. It’s pretty much the most adorable thing in the world. 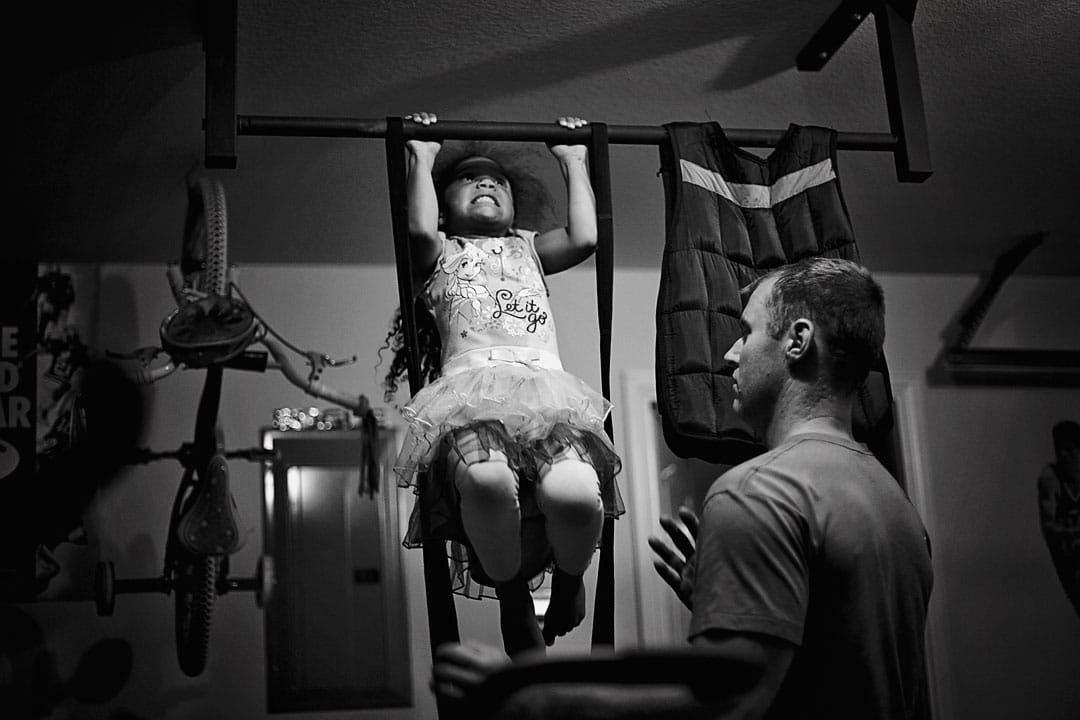 Sometimes these two are like peas in a pod. Hanging out in the garage gym she was practicing pull-ups with her daddy/coach and can now nail it unassisted… In a dress, of course. 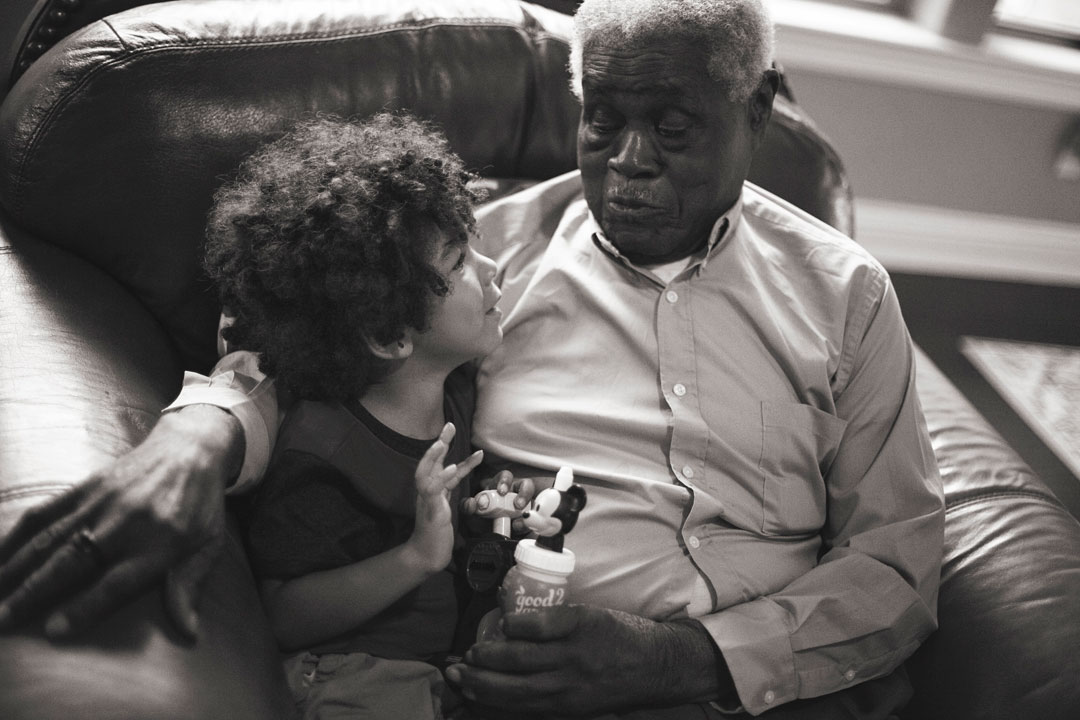 There’s nothing quite like seeing the old and the young communicate. So much beauty. My 2-year-old with his 97-year-old great-great grandpa. 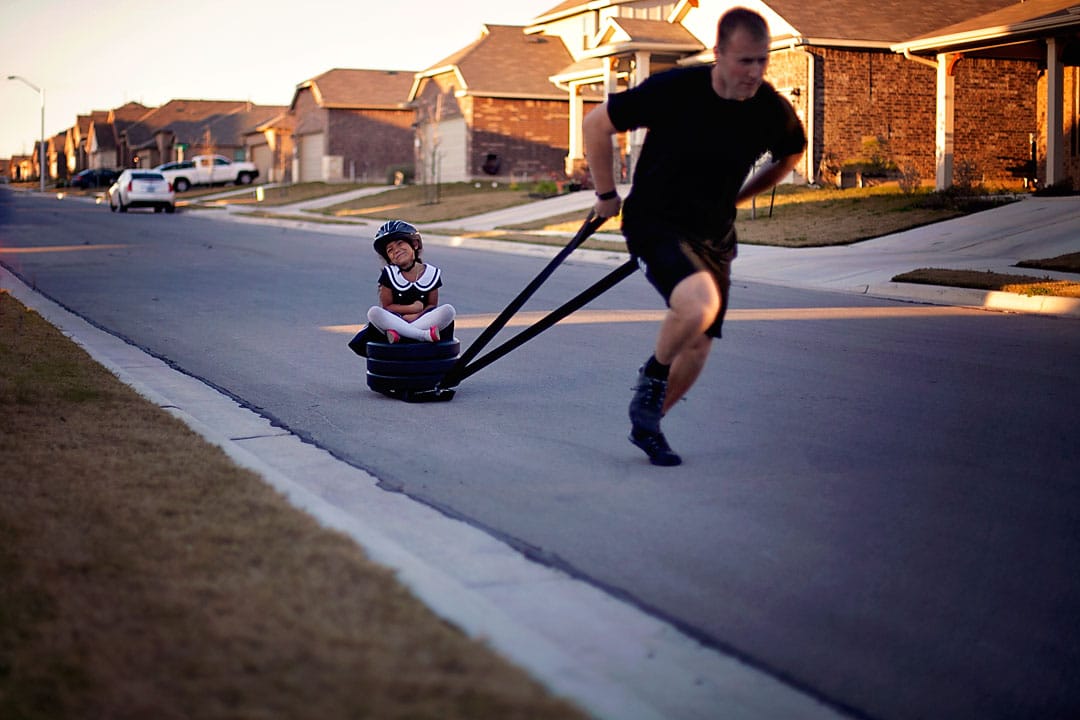 These two at it again. He gets a workout and she gets a thrilling ride. 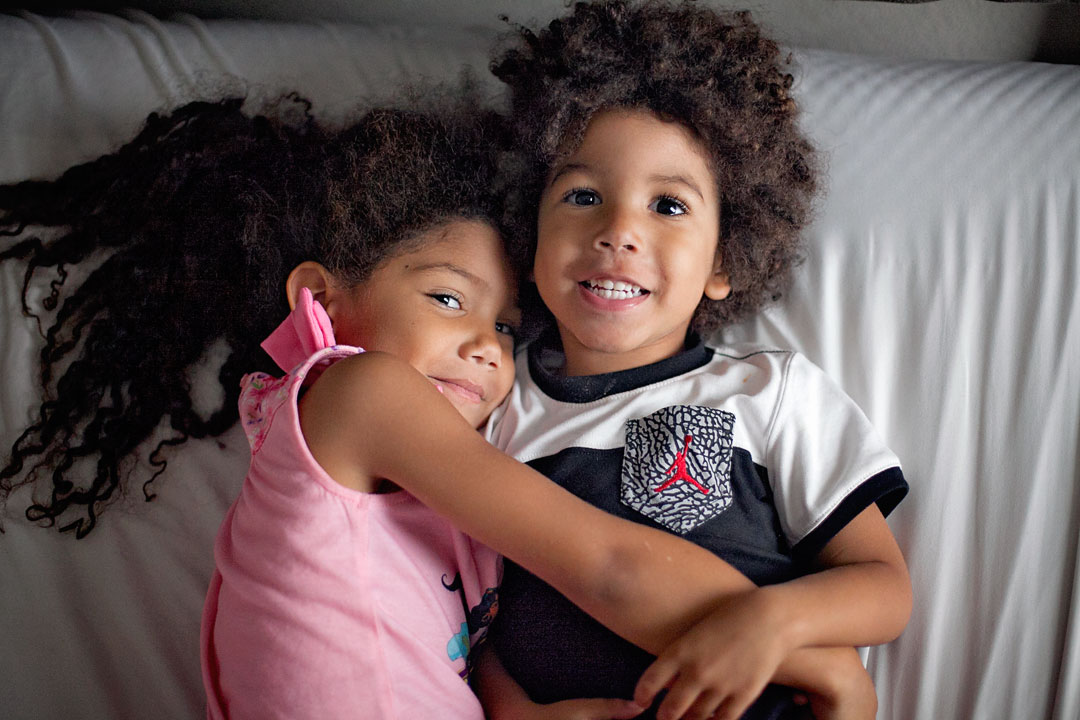 Before the end of the year I need to find something I love taking pictures of besides my kids. What can I say? They’re my favorite subjects! Not always cooperative though. This was one of those rare instances between catching mini marshmallows in their mouths that they both looked at the camera. Yes, I’ll admit occasionally I bribe to get them both smiling in a picture, but I think sometimes that’s part of the fun. 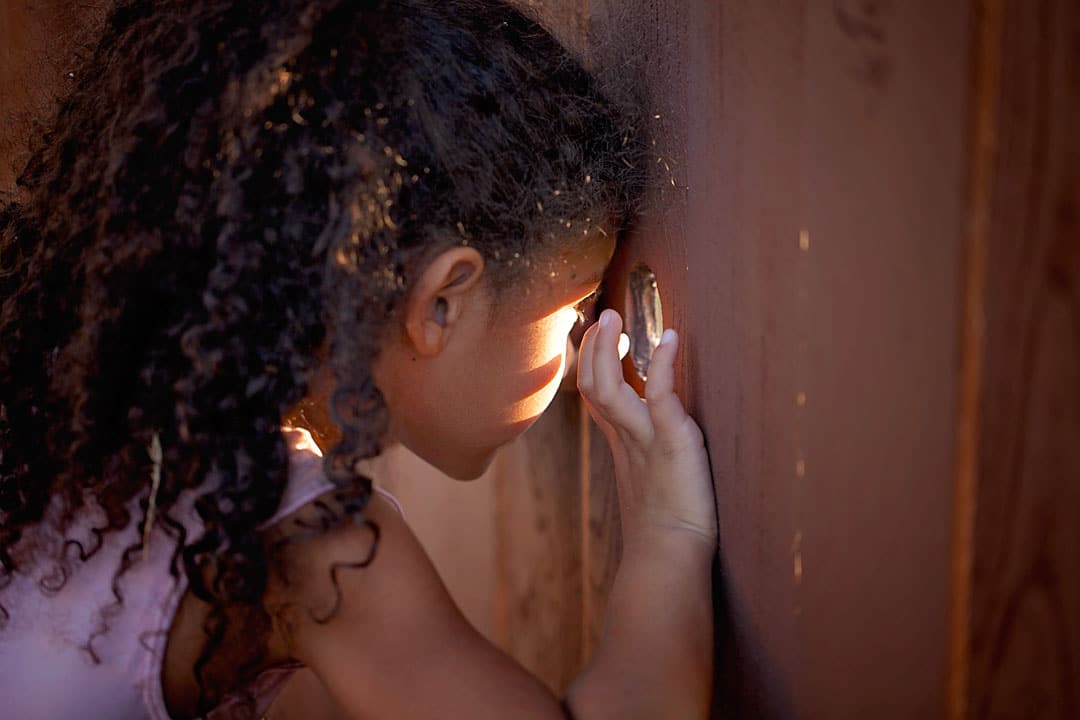 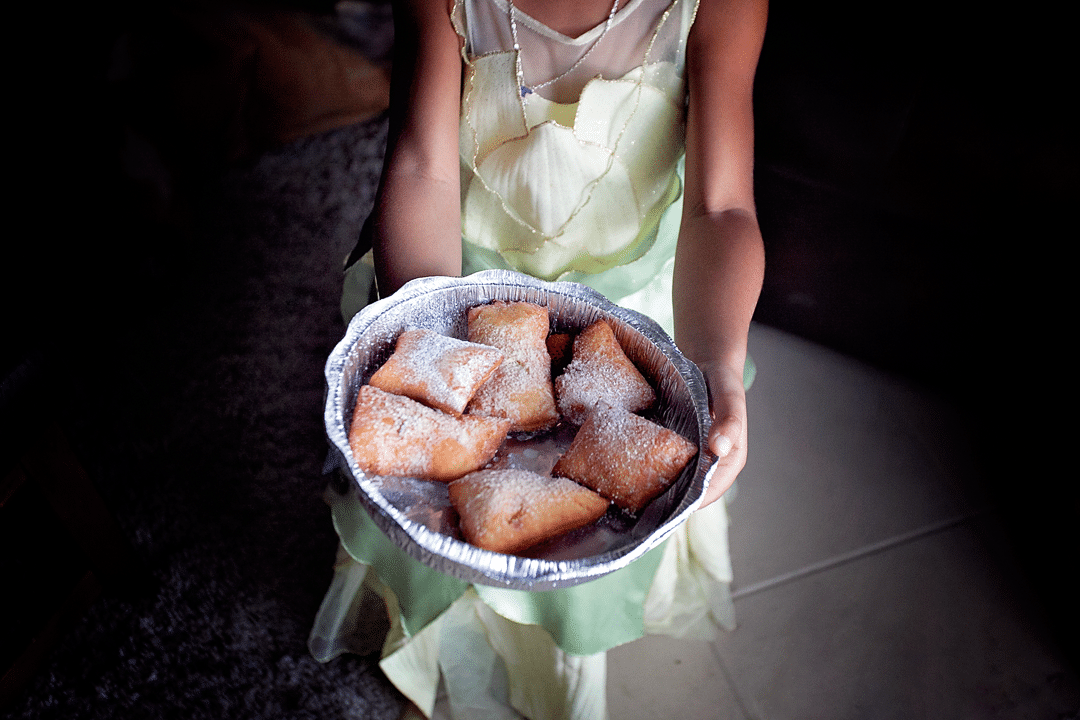 Lil’ J and I had a couple hours alone before her daddy and brother came home. The beignets were my idea. The Tiana dress was her idea. Eating them while watching Princess and the Frog was our idea. 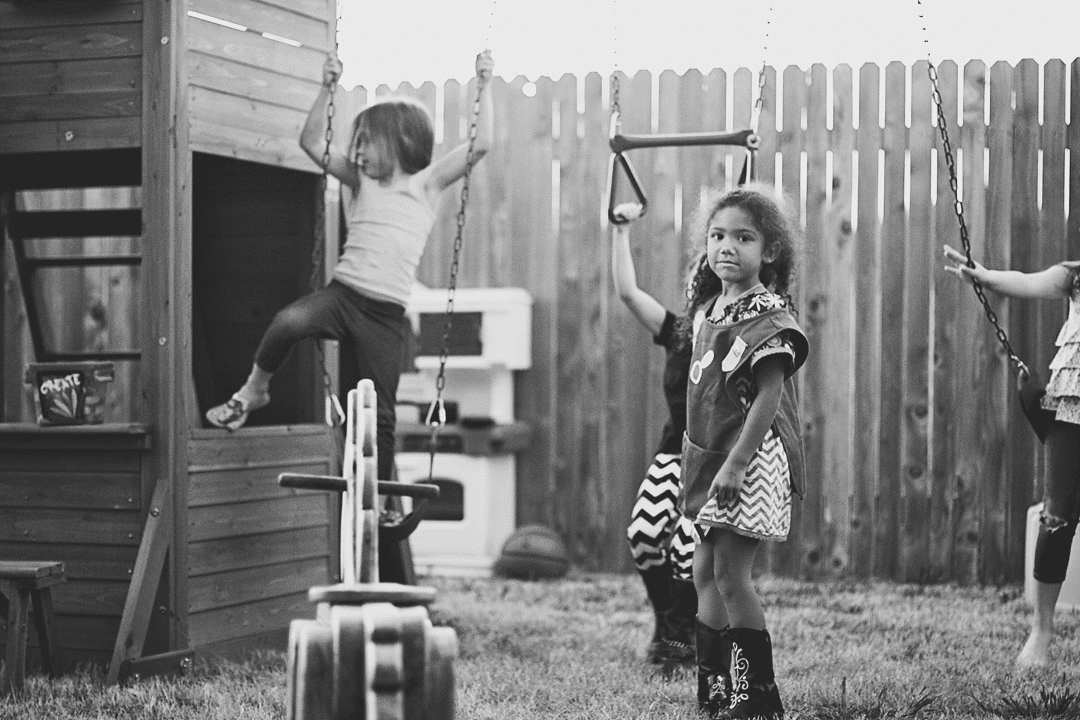 A little hesitant before playing with new friends at Girl Scouts. 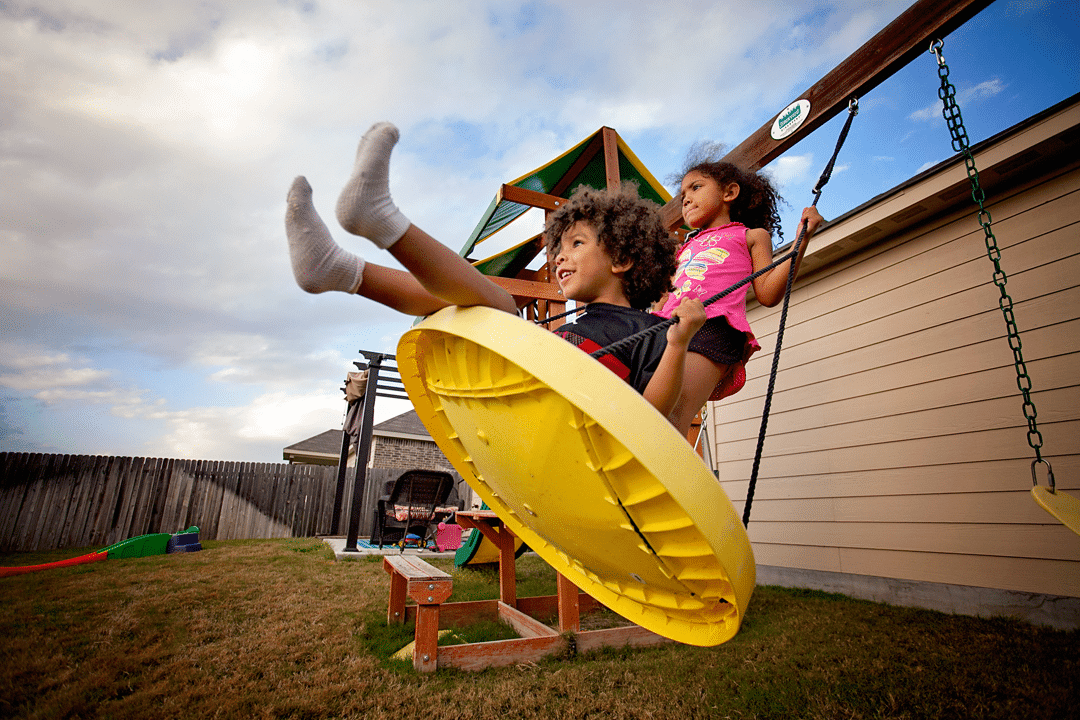 Just a rare moment where — I mean, a regular loving afternoon.

awesome, i do the same with my camera (in my purse it goes) but it only cost $300, lol, but my pic def dont out like this…great pics

I keep mine in my purse. It’s just a tiny but decently powerful Canon point and shoot, but I am totally paranoid that I will miss a moment. I don’t have a good phone with a good camera (I have an old iPod that will work in a pinch to post to social media, but the pictures are crap), so for now the camera stays. It has come in handy on more than one occasion and I’m OK with the extra weight. I just need to get over the feeling of embarrassment when I pull it out. It’s not like everyone else with their phone camera, but I’m also clearly not using a camera with the ability to take shots like yours, so it’s a weird in-between. But I love taking artsy shots…random artwork, fun nature photos, lots of color…but nothing beats getting a good picture of my kids!

I used to carry a point and shoot at all times but then hubby bought me a new (to me) Canon 400d. It’s a bit on the heavy side and weighed down diaper bag. Once I got an iphone 5, I didn’t think about my camera much.

Now, I’m making an effort. I studied the camera manual and even took it to the playground to get practice shots. I got some weird looks and I’m a shy person so it took some effort on my part to just ignore them and keep going.

Wow. Your pictures are STUNNING! I can’t get over it. I’m kinda jealous!