When I tell people we’re not finding out what we’re having this time I get a mix of reactions.

“WHY NOT?!” Is probably most common. Other say things like “that’s cool!” or “I couldn’t do that.” Truthfully, I couldn’t stand to wait with Lil’ J. Why? It’s all about the nursery. I wanted a girl so badly and knew if she was a girl she’d need a decked out pink frilly bedroom. A boy.. Eh, I had no plans. I also wanted to shop and stock up on as many dresses as I could. 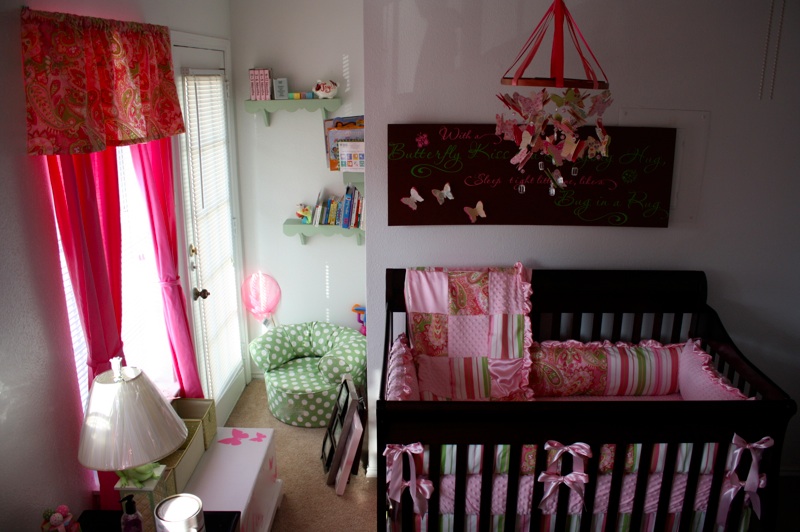 I knew the moment I found out Lil’ J was a girl that I probably wouldn’t find out the sex of my baby next time. As much as I love to plan, I actually love surprises. Heck, I wish I had more surprises. So when is a better chance for a big one than when your baby’s born?

Ok, confession time… I’m able to do this because I got my girl first. I told my husband we’d keep going until we had a girl. I got the daughter of my dreams and finding out during out ultrasound was still a big surprise to me cause I was almost certain we were having a boy.

So this time around? Sisters would be fantastic! I’d love another girl. But adding a son would be spectacular too. One of each right off the bat would be so picture-perfect.

My husband also wants a boy badly. But not enough to keep going. He says regardless, this is our last one. We’ll see about that.

He’s starting to get a bit antsy about not finding out. Our ultrasound is November 19th and he’s been asking me why I don’t want to find out so badly. He says he “doesn’t care” if we find out or not, but not so subtle hints here and there make me believe otherwise. For instance he recently told me: “How about they tell us if it’s a boy, and if it’s a girl, they don’t?” Yea, right.

“But what about preparing? Buying clothes? The nursery?” My husband and others have asked me this same question. To that I say hand-me-downs rock if we have a little girl. It would be a shame for all of Lil’ J’s ensemble to go to waste. So many things she’s only worn once. And the little boy clothes I like can be found online. I could have them ordered and shipped in a few days, and keep shopping as we grow.

As for the baby’s room. I’m loving the neutral themes. Right now I’m thinking either nautical, blue birds, elephant or giraffe themed. I’m mostly leaning toward giraffe. And yes, I totally want to get one of those giant stuffed ones.

Here’s some of my inspiration so far: 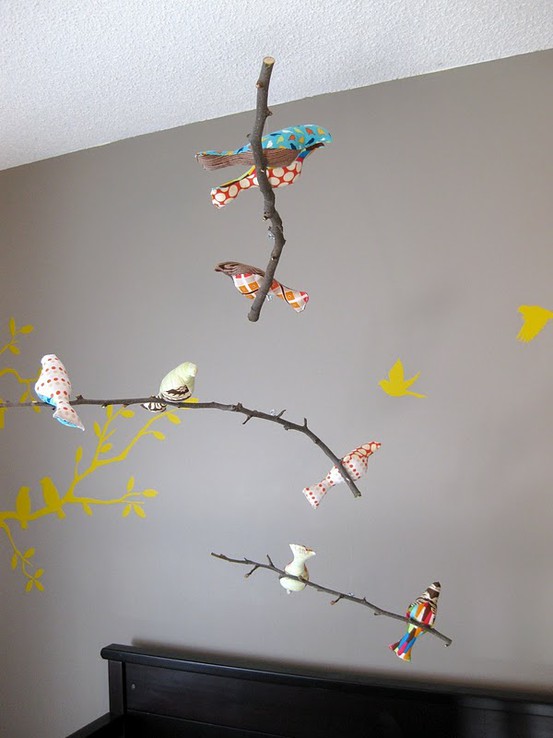 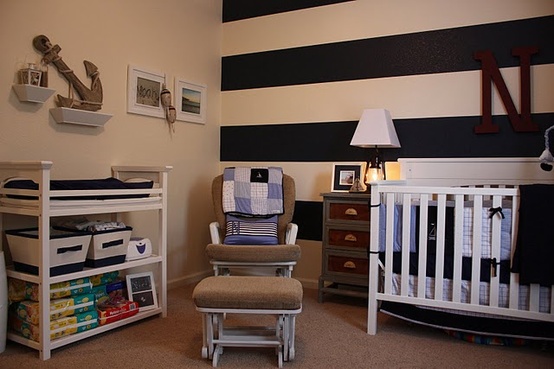 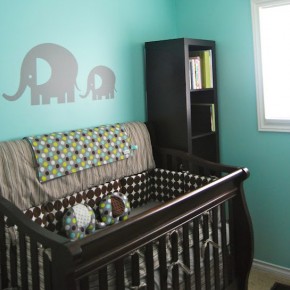 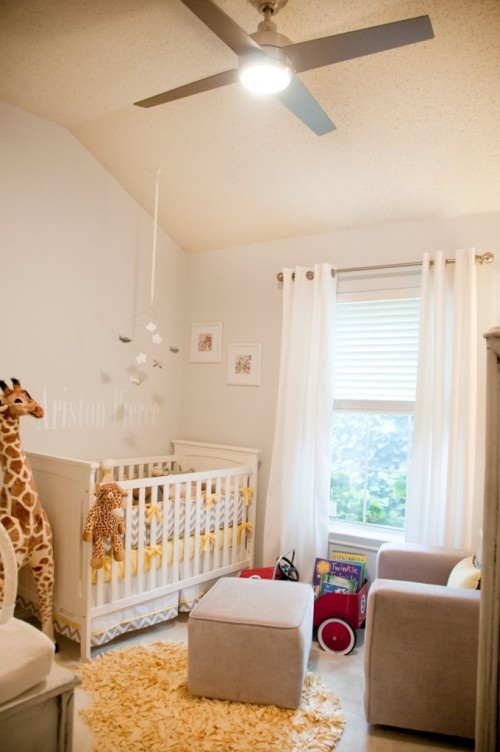 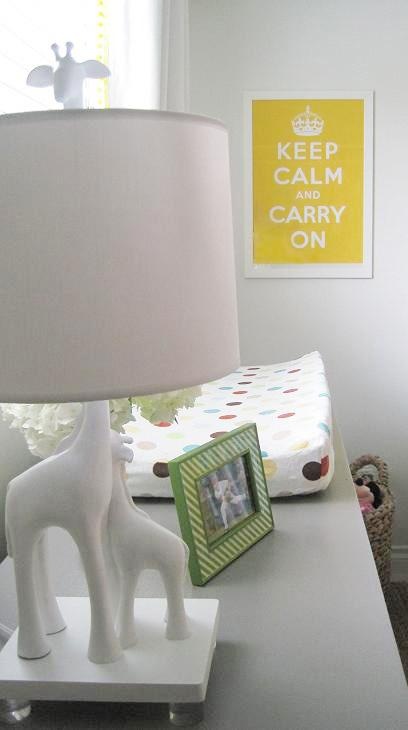 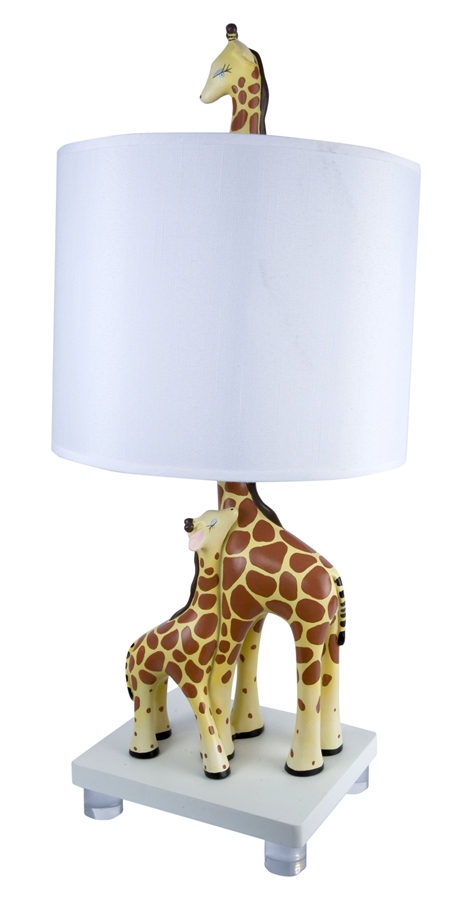 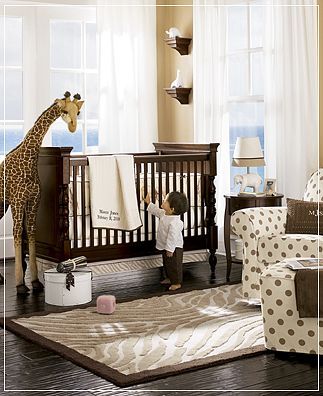 Tags: decorating, not finding out the sex, nursery, team surprise

If/when we get pregnant with our second, I’m leaning towards not finding out either. Or, maybe doing one of those trendy gender reveal parties. I like the idea of being surprised and having people around to be surprised and excited with us.

As for the nursery ideas, you clearly have an affinity for the giraffes. I say, go for it! My daughter LOVES giraffes and you can find them everywhere. Once the baby’s here, people can buy blue or pink giraffe-type items too. One idea I saw (on Pinterest) was to do a grey and cream color nursery, and when the baby is born you can incorporate either pink/purple or blue/teal. However, you can’t go wrong with grey and yellow!

I am also pregnant with number 2, I am due one day before you 🙂 We are also not finding out. I had a boy first and I purposefully bought neutral items because I knew with #2 it would be a surprise.
As for the nursery, I am loving the giraffe theme. Super cute and I love yellow!
Our nursery for #2 is going to be green and white with abstract shapes…that is all I have got so far.

I think giraffe or elephant is the perfect gender neutral theme!!

Found out what I was having all three times. I am too big of a control freak not to find out! Lolo kudos to you if you can keep the surprise going. I would have liked to have waited but curiosity got e every time! Love the giraffe theme, way cute and not to masculine or feminine, great choice! Of course ya gotta have the giant giraffe that is stuffed!!

The giraffe theme would be cute for a girl or boy. And if leechie is a girl, you can always throw splashes of color against the brown and yellow and it still be very cute.

I love the giraffe themed nursery. I was thinking of an elephant theme for our little girl once we move.

I am so glad we didn’t find out HP was a boy before he was born–it was so much fun to wait! Part of the fun was how crazy it made other people who couldn’t understand why we were waiting… I loved their shocked looks. Also, a friend made us a bird mobile similar to your first inspiration picture and HP has LOVED looking/cooking at it.

You are so brave to not find out, all the power to you! We lucked out with a boy and girl and now I wonder when I do become pregnant (not anytime soon) would I just not find out? I def. like the idea! Also, I went with the nautical theme recently with my son and love it, esp. since my 2 share a room. Here what I came up with http://chrisandchristyfamily.blogspot.com/2012/06/sailing-through-life.html

I think you should find out for the simple fact that you could have an awesome photoshoot with finding out what you are having. PLUS your daughter probably isn’t going to be in the delievery room with you, so she would get to find out at the same time as you, and it would all be caputured in pictures. Like a box of helium filled (pink or blue) balloons and you all open the box together to see what floats out.

We get the same comments about not finding out too. Everyone is convinced we’re having a girl. Then again they also said that about the first, and it was a boy (which we found out ahead of time).
I like the nautical theme for a boy. You can keep some things neutral so that it’s not so matchy-matchy. If you want to plan something ahead of time, the giraffe theme would work for both.
We are waiting until baby comes next march for one reason, we want to have a guest room available for when people come to visit. After everyone shows up, then we will switch rooms and give Colston his big boy room and do the nursery.

*cooing. Whoops! No cooking yet!

I think it’s awesome that you’re not finding out! That will be the most awesome surprise ever. And I love the yellow/giraffe themes. Giraffe print is reeeeeaally cute.

Thank you! I’m excited to decorate!

#3 was a surprise. I have NO idea how I did it. Even now, I would still say, “There’s no way I could do it.” I’m due with #4 ~1 month after you. I have 1 girl and 2 boys. I’d love to not find out, but the gender matters because we have to rearrange rooms. And since I don’t want to be rearranging rooms with a newborn, plus I want to get my sewing room situated and right now I’m in limbo, we are finding out. Sometime in December.

#3 was perfect to be a surprise because we had one of each already, we never decorated a nursery (in fact, my oldest got her room redone while I was pregnant with #3 because she moved into her own room), and no matter what, the baby was going to be in the room with my second.

The surprise was awesome, though I already knew he was a boy. And my husband didn’t tell me if the baby was a boy or girl, just stared. I had to lift myself up to get a look myself as they were cleaning him up to hand him to me. Silly husband.

The giraffe theme is super cute!! Tell your husband that sometimes it doesn’t matter if you find out what you’re having ahead of time. My sister had 3 ultrasounds that all predicted a girl and she ended up having a boy. I had 2 ultrasounds that predicted a boy and I just gave birth to a baby girl. (Best surprise ever, btw! I was secretly hoping for a girl and was pretty bummed about having another boy)

OMG that’s so scary to me! I was really worried that would happen to me last time, so glad she stayed a girl! haha.

My adoption caseworker was “pregnant with a girl” the whole time she was pregnant and then gave birth to a baby girl! She was shocked. Ha ha. Returned a lot of PINK!

Whoops, BOY! She had a boy!

What…why…I need to know now! Lol. I wish I was strong enough to not find out for next one in the future.

I love the giraffe theme. Youre a stronger woman than I. I hate secrets lol I would DEF find out.

Hi there. Love your blog! If you’re not finding out, there’s a baby registry just for you!It’s called NotFindingOut. All their items are paired into girl and boy counterparts. You can register for the items you want, you just don’t know whether you’ll receive the girl or boy version. Once your baby is born, the gender-specific gifts are shipped to you right away so you are equipped with gender-specific items. It’s fun to have some gender neutral and some gender-specific goods when you’re not finding out so this registry lets you do both! For baby showers, anyone who buys you an NFO gift will bring a wrapped Preview Card that shows the item purchased for you in both the girl and boy version so that you can see what they bought you but not have the surprise ruined. No one finds out what the baby is until it’s born. VERY FUN!

I love yellow, tan and brown, so of course I love the giraffe theme.

The giraffe theme is my favorite too. It’s very neutral and is something that you could get started on and finish before the baby comes. Also, there’s tons of neutral clothing options out. We didn’t find out Moo was girl until I pushed her out and we still had a pretty good supply of clothing that we had purchased pre-delivery.

I love the nautical theme. It’s different and everyone always chooses animals or a sports theme.

I feel the same exact way! I got the baby girl of my dreams so with baby #2 I am going to wait until birth to find out because I would be equally happy with either another girl or a little boy 🙂 The giraffe theme is adorable.

Outstanding post however I was wondering if you could write a
litte more on this subject? I’d be very grateful if you could elaborate a little bit more.
Thank you! 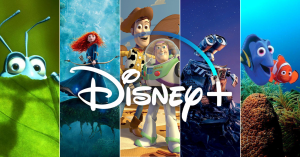 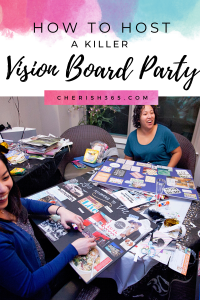 Start Your 30's The Right Way: How to Host a Vision Board Party

You could hear both grumbles and cheers from our l

About 5 years ago I started a tradition with my ki

Every Friday night our family piles in this room f

Listen, I’m ok with screen time. But at our hous

My pickiest eater and my “I’ll eat anything”

Snow Day ❄️ This is the third time it’s sn