When Your Kid Goes to the Principals Office the first Week of School: Part 2 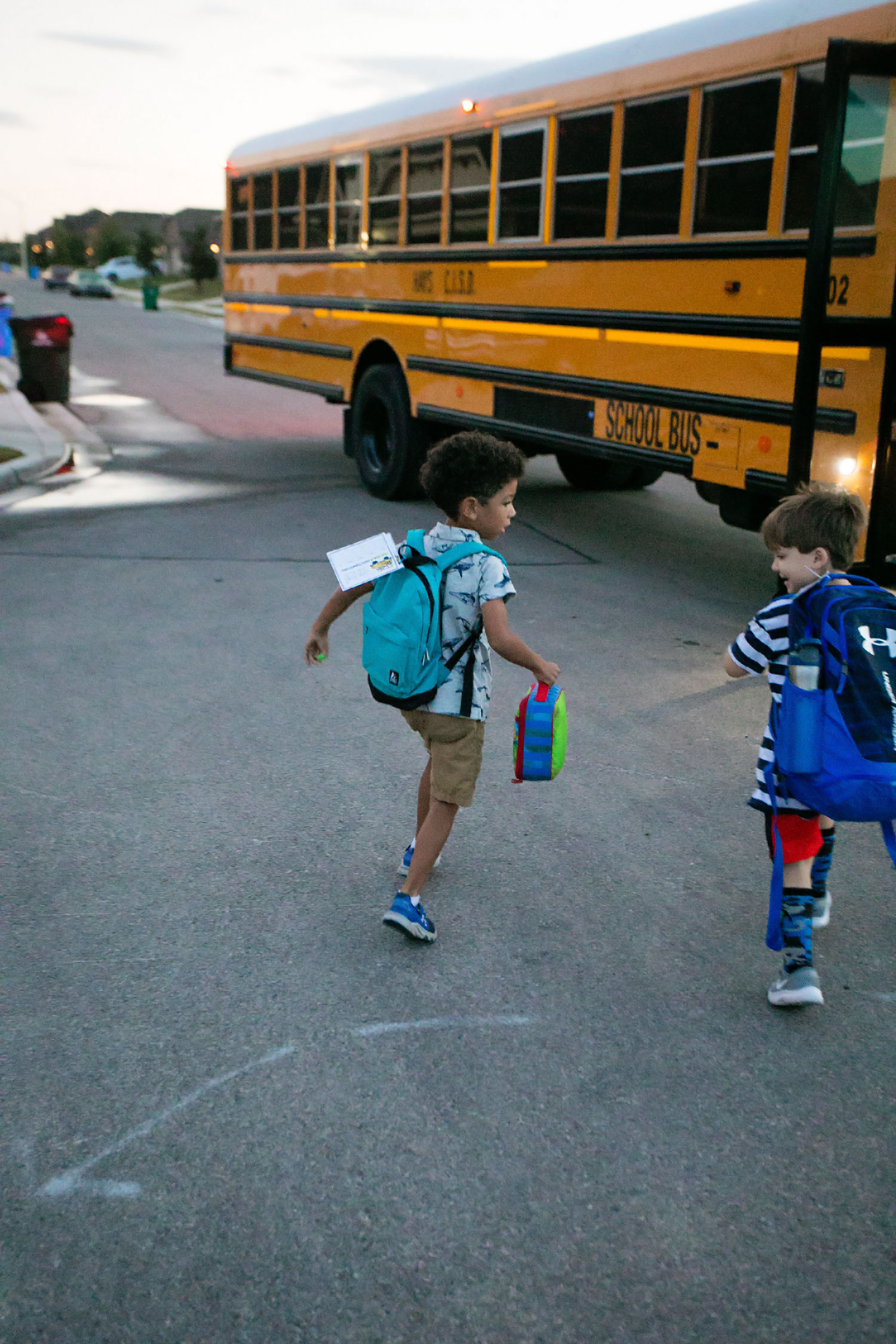 It’s pretty much the one thought that motivates my son to wake up and get moving in the morning.

He’s not morning person. So getting him to go from eating his breakfast to out the door isn’t the easiest thing at 6:30am. 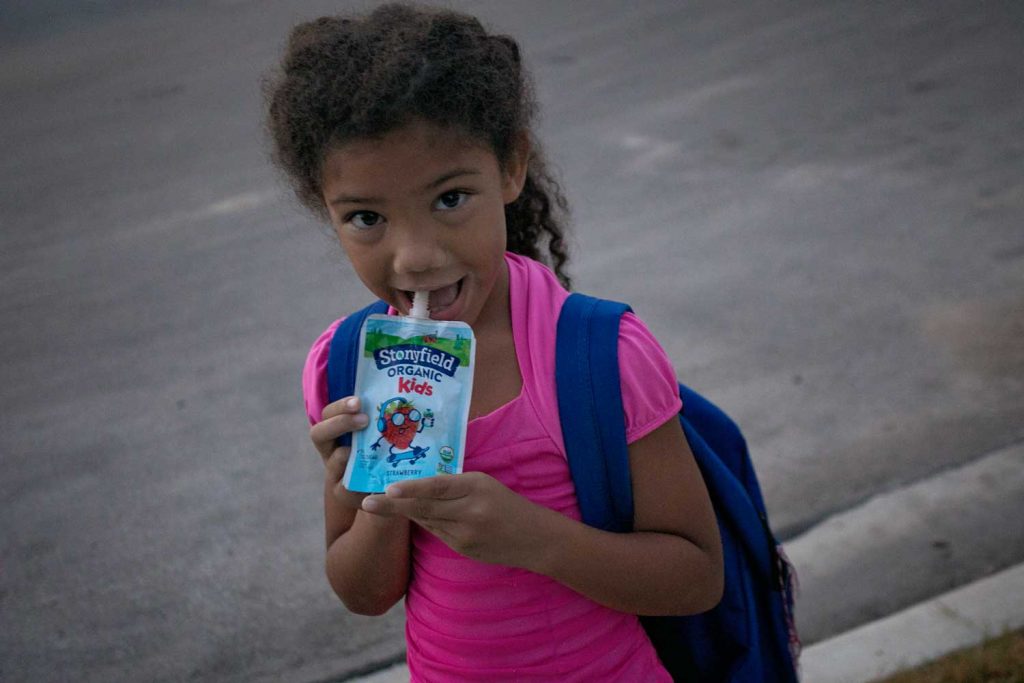 While Lil’ J can eat her breakfast on the go, my son prefers his Stonyfield yogurt in his lunch. But he didn’t get around to eating it his third day of school because lunchtime is when the drama went down in the cafeteria. Shortly after I left the meeting with the assistant principal and my daughter’s teachers I got a message from my son’s saying that he was very upset after someone popped a bag of chips in the lunchroom. I knew this was probably a sweet Kindergarten teacher’s way of saying “Holy crap your kid lost his mind!”

He was crying for a period of time, but finally calmed down by recess.

Interestingly enough on their kindergarten “get to know you” sheet, responding to the question “What is your child afraid of?” we wrote down loud noises, like fireworks or balloons popping. Almost as a joke. Little did I realize he’d be experiencing one of his worst fears the first week of school.

Now I know my son and I know he holds grudges. I knew it wasn’t going to be easy to get him to trust the cafeteria again. When he got home we spoke to him about it and told him it wouldn’t happen again. It was an accident. And we bribed him like crazy. That’s right. We aren’t above bribes.

“Friday you’ll get a new toy!” And I crossed my fingers it would work.

The next day I got a call from the assistant principal, not about my daughter, but my son. He was refusing to go into the cafeteria. He was scared. She let him eat in her office that day but she told him this couldn’t be an everyday solution. I said that my husband or I would come up there with him to help the next day.

Friday my husband went up to the school and watched as our son got ready to go into the cafeteria. He said said Big T was fine at first. They walked in together and though he was a little nervous, Big T sat down and was smiling and having fun. Then once he pulled his little lunch out… BOOM! It went off again. And our poor little guy start crying hysterically and had to leave.

My husband said it sounds way louder than he’d imagine a bag of chips sounding… More like if someone blew up a paper bag and smashed it as loud as they could. He felt bad for our son–Especially since we had been telling him it wouldn’t happen again the last couple of days.

A cafeteria worker got him some headphones to help muffle out the sound and he finally agreed to go back in. My husband who started out like “he just needs to get over this!” said it was a sad, strange experience but we’d just need to try to have him eat lunch with noise canceling headphones so that he wouldn’t be scared to go in the cafeteria.

So I ordered some in his favorite color and cried a little, then put in a call to our pediatrician to see if something else could be going on. I ate lunch with him the next time and he was totally fine, and thankfully has been since then. He still wears his headphones during lunch and takes them off right after. 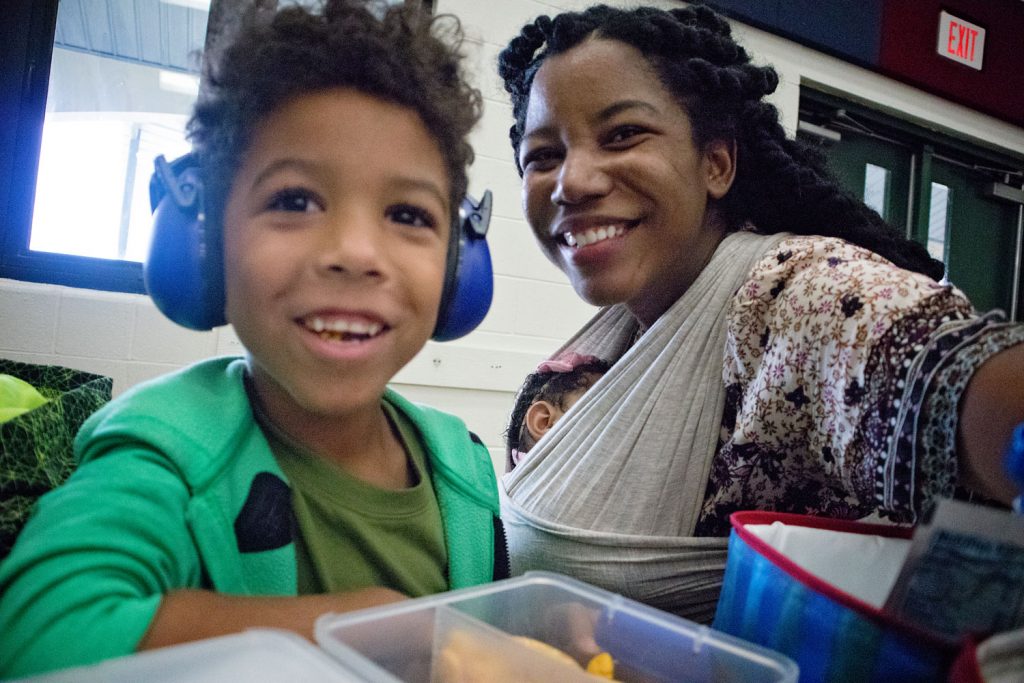 At the end of the week I sat and laughed with my husband over all the tears shed and how much time I’d spent worrying about our two big kids this week. Our baby was just along for the crazy ride… I thought she was going to be the difficult one this year and boy was I wrong.

So that’s the truth behind our first week of school photos. There were quite a few tears behind those smiles of mine. So if you’ve experienced similar, know you’re not alone.

I’ll keep you posted on how the kids are doing and what I learn about 504s (if you’re interested). But I’m still very optimistic about this school year. The only part that stays consistently difficult is waking up. I’m not trying to be overly ambitious making a hot breakfast for the kids (unless hot from the toaster counts). And I prep things like their outfits and lunches the night before but it’s still a challenge for me not being used to getting started so early not to mention with an infant. 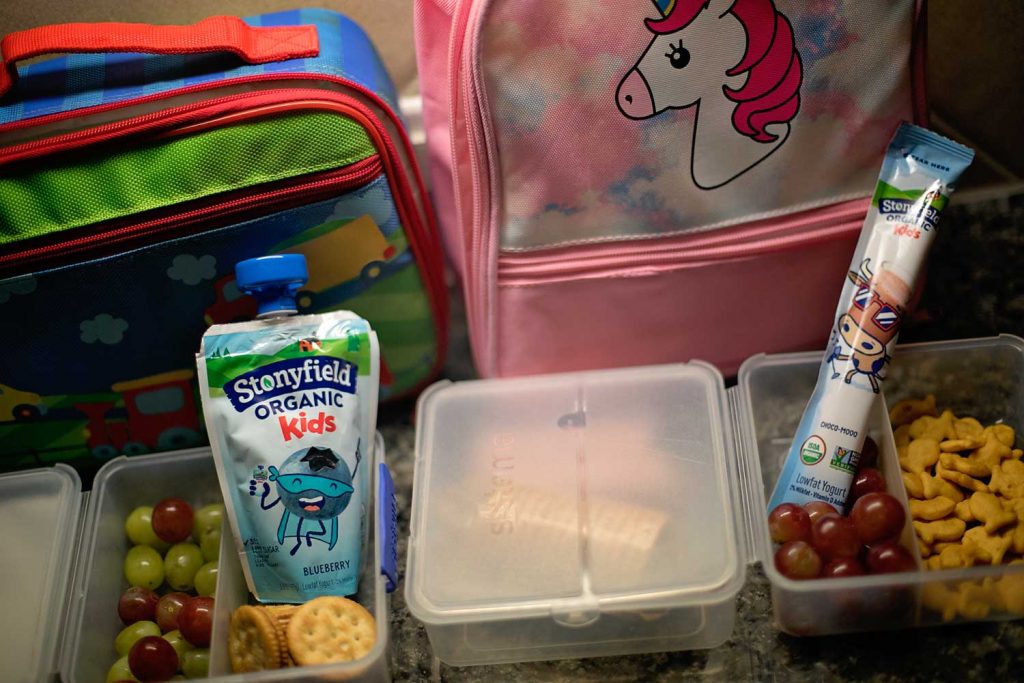 I’m so thankful for brands like Stonyfield that keep busy parents in mind when they create products that are easy to pack or grab and go with, but also are still organic and delicious for kids. I’m also thankful for my kids’ caring teachers and administrators who message me updates about their day and help keep my anxiety at bay. And I’m very thankful for school busses. Even though I still have to wake up at a crazy hour to cat it, no one has to see me in my PJs at the drop off line. 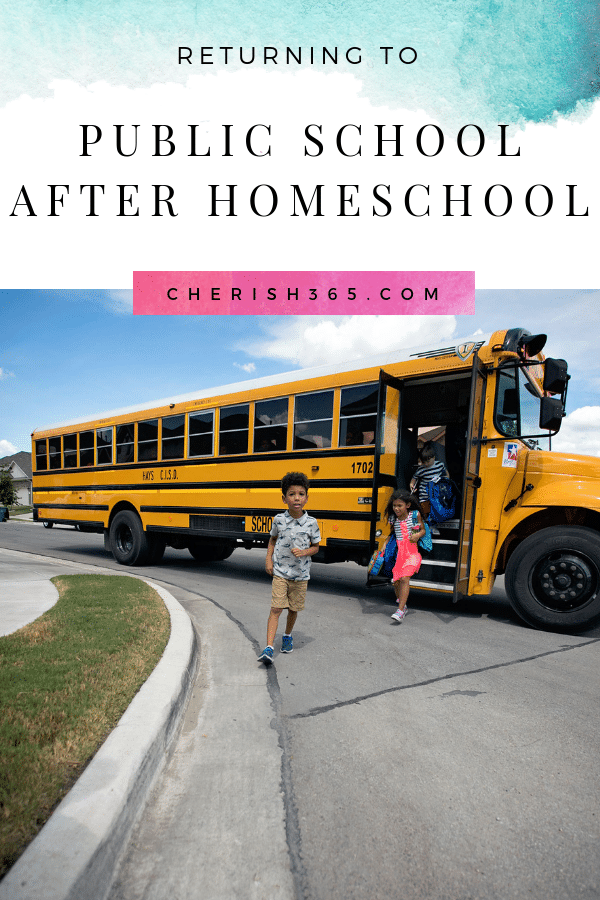 I’m sorry to hear your son had a hard time in the first week of school, but at least you found a solution. Glad to hear the school is keeping you updated on how your kids are doing, not all teachers and schools do that.

I can totally relate. I have a preschooler who cannot stand certain loud noises. He especially hates the sound of the hand dryers and flushing toilets in public restrooms. He’s 4, and we put him in school for the first time this month and he will hold it or have an accident before he uses that restroom. We just decided last week to use earphones to drown out the noise. Hopefully they will outgrow it.

Oh Jennifer thanks for sharing. I keep thinking about you and your babies because it’s such a big transition. You all are doing a great job even though I know sometimes it doesn’t feel like it.

My 5 year old has similar concerns with loud unexpected noises. She has pink noise cancelling headphones and they help so much depending on where we are. I appreciate knowing we are not alone in these struggles. I hope his visit with the doctor goes well and it’s something he will grow out of.

Poor little guy. With all the school shootings going on, could he be afraid that it’s a gun going off?

This is scary and no wonder you had some concerns about public school. I pray that things get better and your beautiful children have the best year ever!

Thank you for sharing the story. Poor Big T, everything will be okay because your Mama and Papa are amazing!

Hi,
I also had little that (and still do) carries ear plugs because of loud noises. This book really helped me learn how to understand things behind it… and helps avoid any wrong labeling that can be done by schools/people/doctors isn’t he future.
It sounds like he’s just highly sensitive… I’m glad that you had a great school to help. ❤️

Thank you SO MUCH for sharing this Kristine! The title alone sounds like it speaks to my son for sure. I’m going to see if I can get it from our library or download it this week!

Thank you for sharing this experiences of yours. It’s really hard, but hopefully things will get better soon 🙂