When natural hair goes wrong: You’ll never believe what got stuck in my hair

Natural hair is all the craze right now. #TeamCurly #TeamNatural and #CurlyHair are draped across all the beautiful curly-haired selfies these days.

But one hashtag we don’t see nearly enough is one I tend to give the most credit: #NaturalHairProblems. 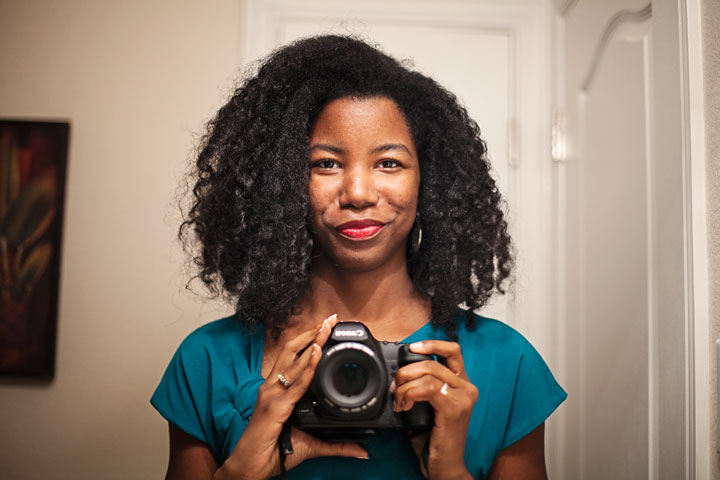 The tangles, the snags, and the headaches… I’m all about embracing my locks and teaching my children to love theirs. But I’ve gotta admit, sometimes, it’s a pain in my rear.

Take yesterday for example. I was on a shoot at a local aquarium with two young boys who want and need to be adopted. We’re having a good time, petting the different sea animals and reptiles when we decide to go in the parrot aviary.

A few minutes before we had fed the parakeets so I didn’t think this would be much different. They just seemed a little bigger.

Instead of handing us birdseeds when we walked in, the handlers gave us a type of fruit nectar that the birds enjoy. I guess that should have been the first red flag since one of the ingredients they mentioned I’m pretty sure was coconut water, and the night before I put a shea butter and coconut oil cream in my hair to hold the twists.

The birds flew down and ate out of our hands like before, but a couple of them also started landing on my head. I could feel one of them hanging out for a bit when I looked in the camera to see what it was up to.

From the reflection I could see it biting one of my twists as if it was trying to devour a tasty worm. 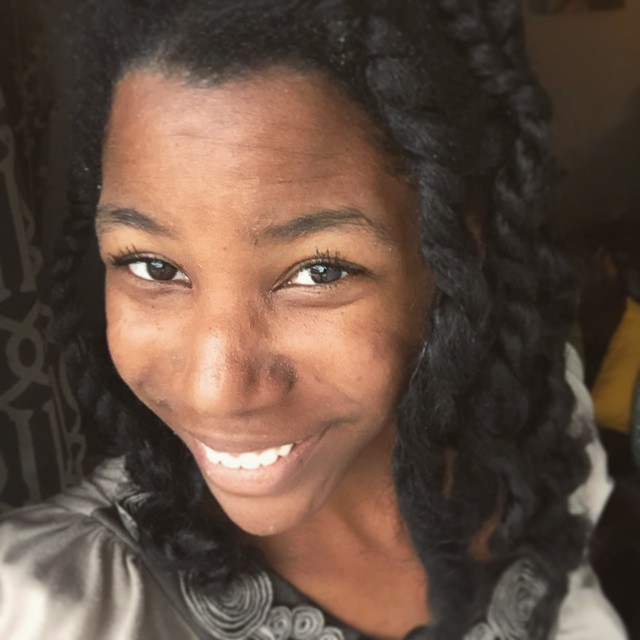 I reached up to try to shoo it off my head when it bit me. Then when it tried to fly away it got its foot ensnared in my hair.

I’m not gonna lie, I panicked for a moment. A bird was stuck in my hair. Not many people can say that. He was freaking out just as much as I was, and my fellow co-worker and cameraman just stood by and filmed it all. I didn’t realize he was still recording my near-death experienced until after the fact. He assures me he would have put the camera down had he seen blood. Very reassuring.

Luckily the bird handler was calm and helpful in getting the bird unsnagged. Ultimately I had to sacrifice my hand and take a nibble beating while getting the last bit of the bird’s foot out of my hair.

Have you ever seen the movie Birds? Yea, I watched that in high school and visions of the horror scenes have been coming back to me since this experience yesterday. Am I traumatized? Umm, not really. But will I be going into any rooms with free-flying parrots any time soon? Hail nah.

Could this have happened to someone with straight hair? I’d say anything is possible. But for me, it was just another day in the life of my daily curly hair struggles. I’ll just add this my running list of failures.

I won’t leave this post on a bad note though. Naturally curly hair also has it’s perks. My son sometimes keeps snacks in his hair for later. When it was longer pretzel sticks were easily stored away, right now he has to stick to smaller items like cereal or goldfish. 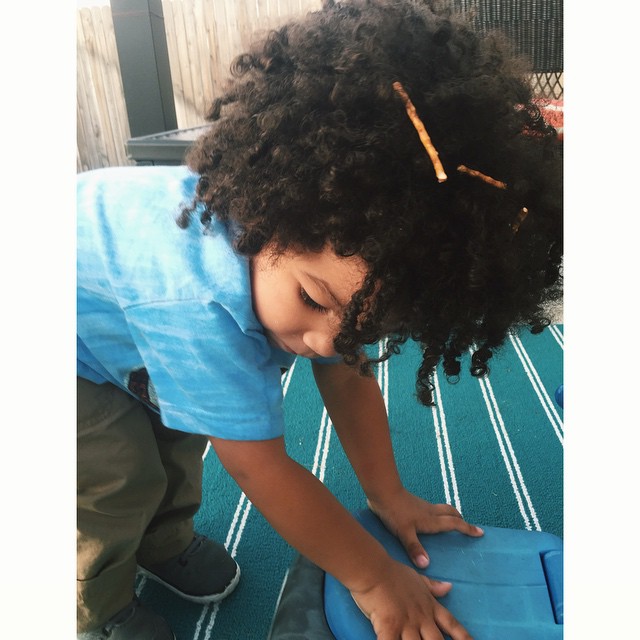 What’s the craziest thing you’ve found in your hair, or your kid’s hair?

You handled it very well though! I would have been making a fool of myself freaking out!

Haha, thanks! Looking back I’m surprised I wasn’t freakingLord out more. I think I was trying not to scare the kids. Ha! Had it been a spider it, or I would be dead right now.

That is hilarious! I’m usually just digging leaves out of Kal’s hair every time he comes in from outside. But birds!! and saving snacks for later! ha ha ha ha ha

Haha, yea, that’s how we roll around here!

Oh my gosh the pretzels! LOL!! Your hair is stunning. My hair is just wavy enough to be annoying but not enough to be pretty. When my hair is long it’s in EVERYthing if it’s not pulled back (I will sometimes braid it at night to tame it and make it more manageable waves the next day). We were at a viewing and gave the widow a hug and her bracelet came away tangled in my hair. How embarrassing!!

You are so sweet Maria! Thanks for complimenting my hair though I’m not very happy with the predicament it put me in at the moment. But oh my GOODNESS that story about the bracelet is so so funny! Thanks for making me feel better. I’m so sorry you experienced that though!

I feel bad about laughing at this as much as I did, but um… I totally laughed my head off at this. How many people can claim to have gotten a parrot stuck in their hair? That is dinner party fodder for years to come.

I guess that is a small price to pay for super-gorgeous natural hair like yours!

My hair has always been long and stick straight… I think the craziest thing that has happened to my hair is that the kids sat on it during story-time in early elementary school…it was past my knees.

Now that is some long hair!! When did you finally first cut it?

Yes, I guess the benefit is I’ll always have a great story to tell. ha!

I think in first grade? The teacher basically told my mom that it was causing a problem because of the other kids sitting on it, etc… You might have zero interest, but last time I got it cut drastically (last fall), I posted about my hair history (I’m a dork – this I know).

I work in a preschool and am fairly tall, so I’m constantly walking into the paintings hanging from the drying line, so there’s the paint. And then getting caught in tall bushes and low tree branches as I walk by. And no matter how often I wash/cleanse my hair, I will always have lint.

Oh my goodness mama, yes, you get it!! Oh how the struggle is real! haha. I bet the paint adds a nice touch! 🙂 … And when will someone invent lint rollers for hair?

This is beyond funny!! Thanks for brightening my day and glad you and the bird are okay 🙂

So happy to hear it brightened your day! 🙂

LOL. I so was not expecting it to be a bird that got stuck in your hair. You were a good sport about it and didn’t freak out. My son uses his curly fro as a napkin to wipe his hands. We’re trying to break him out of that habit and he’s been making progress. But last week he got one of his motorized trains stuck in his hair and we had a cut out a small chunk on the side.

Oh no!! Not as a napkin!! haha. That’s too funny. Also, you reminded me, Lil’ J gets those batter-operated handheld fans stuck in her hair ALL the time! So annoying!

Video!
We NEED to see the video

It definitely is possible for a bird to get stuck in straight hair. Not more than 10 minutes ago, my pet lovebird got tangled on top of my head and tried flying off. I had to endure a few hard bites before safely nestling him in one hand while trying to detangle the knot he’d created around his foot. No luck; out came the scissors. I snipped as close as possible to the tangle, saving the bird from further torment or from ripping my hair out in a chunk at the roots. Thank goodness it wasn’t right at the scalp, otherwise the trimmed part wouldn’t have blended back in with the rest of my hair. Moral of the story? Birds + any hair type = NO!