When Did She Grow Up?

“Mommy, are unicorns real?” My oldest daughter asked me one afternoon after school.

“I’ve never seen one, but who knows. What do you think baby?”

“Well, I know they aren’t real, but that doesn’t mean I can’t still wear clothes with unicorns on them,” she responded.

“Of course you can. Why would anyone think you couldn’t?” 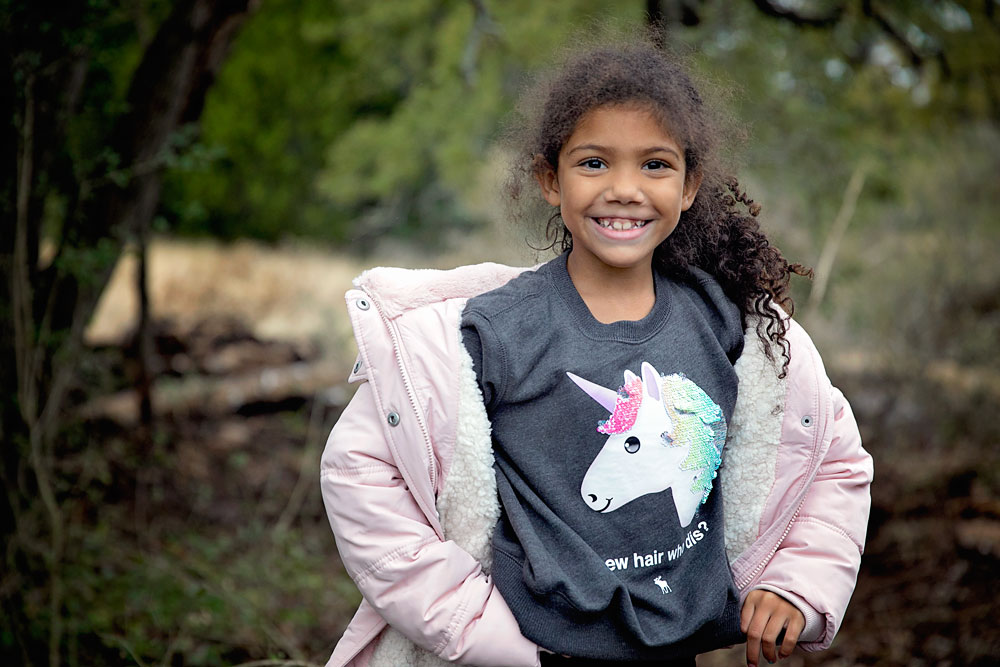 She told me a little girl at school asked her why she kept drawing unicorns and wearing unicorn clothes if she knew they weren’t real.

First of all, I tend to take the philosophy that we don’t know everything. Ok, so unicorns are fictional animals we read about in books. But who’s to say in some far off planet a similar creature doesn’t exist? Secondly, who cares? Use that imagination!

I was about to dive into telling her she can wear what she wants and what she likes but she cut me off before I even got going.

I’m learning to stand down as she begins to learn to stand up for herself, her own beliefs and opinions. When did she grow up?

A few days later I had her sit next to me and pick out some clothes from Abercrombie Kids. We recently decluttered more than half of all of our clothes and I’m making a point to get my kids involved in choosing their own clothes so I know we’re spending money on quality items they like and will wear. All of these cute clothes and the entire site is 40% off for Cyber Monday plus free shipping. 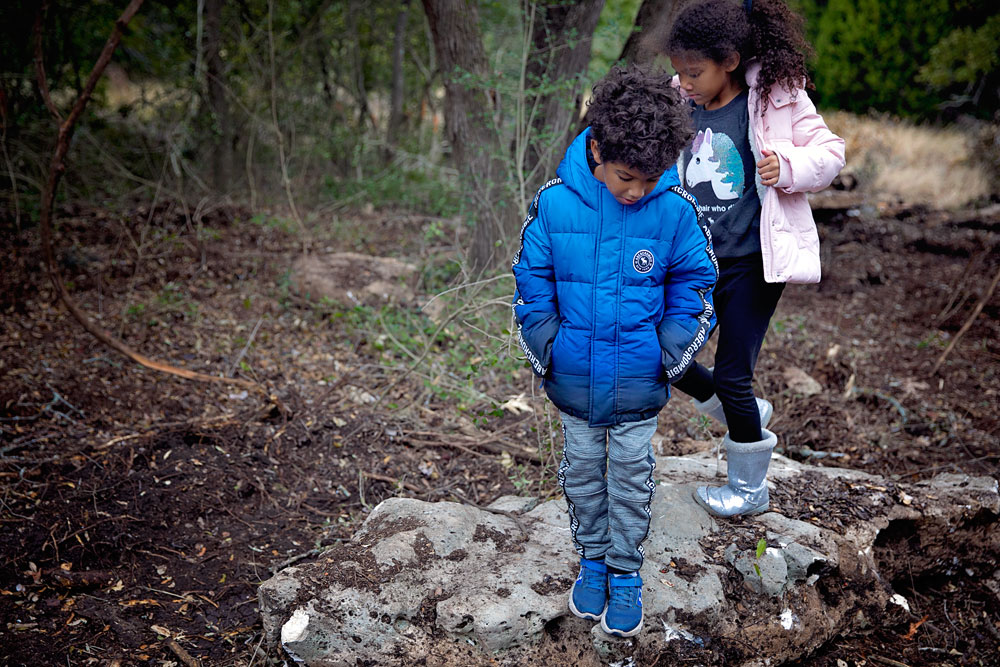 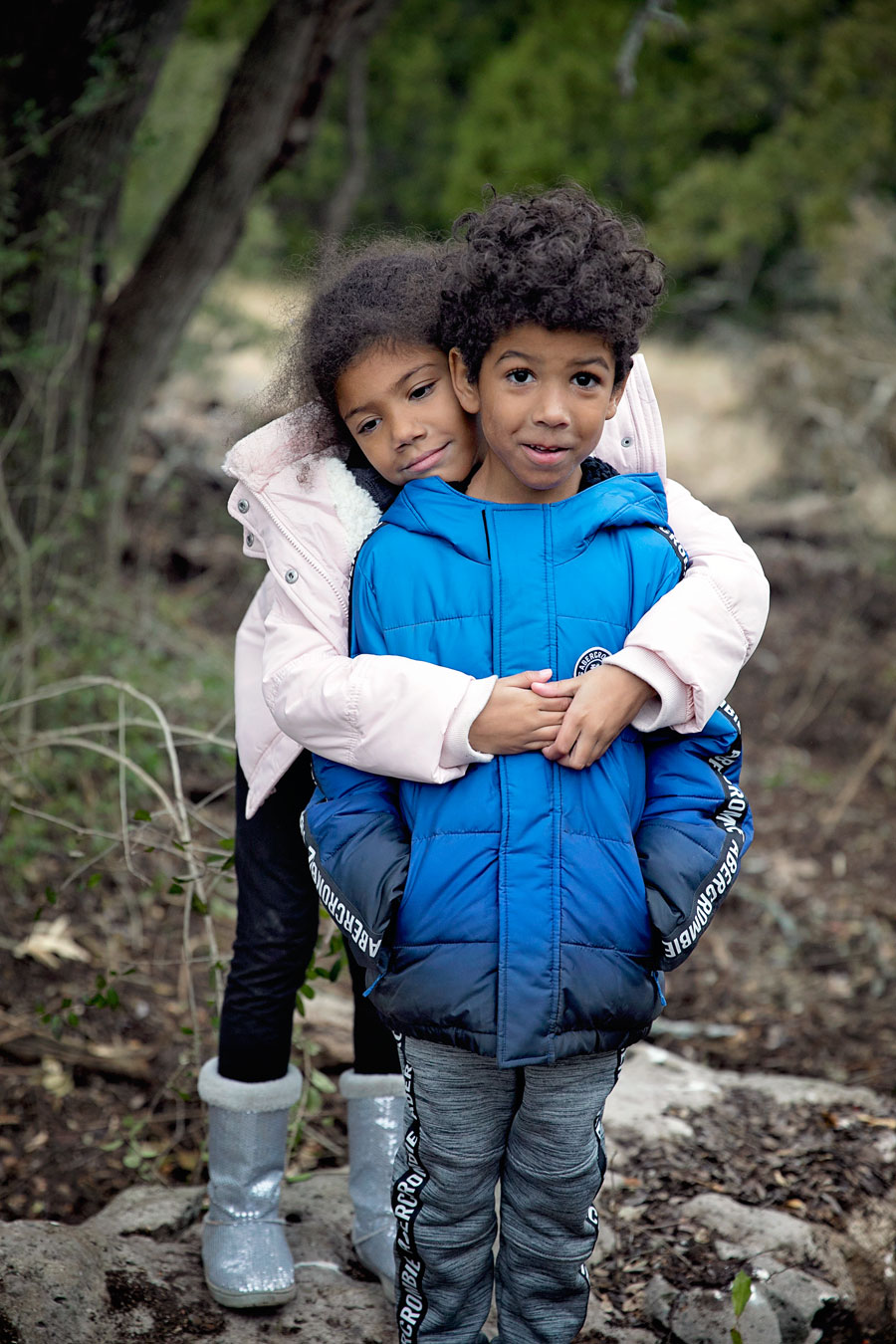 My son is into blue everything. Specifically light blue. So he debated a little before choosing a blue A&F Essential Puffer jacket for winter and some grey sweatpants. Lil’ J didn’t hesitate with her choices. She chose a unicorn sweatshirt and a light pink A&F Essential Puffer jacket. She was happy to see that the fur lining the hood was detachable, and that the inside was soft. Her choices were quick and decisive. I didn’t even try to sway her one direction or another. She knew what she wanted. 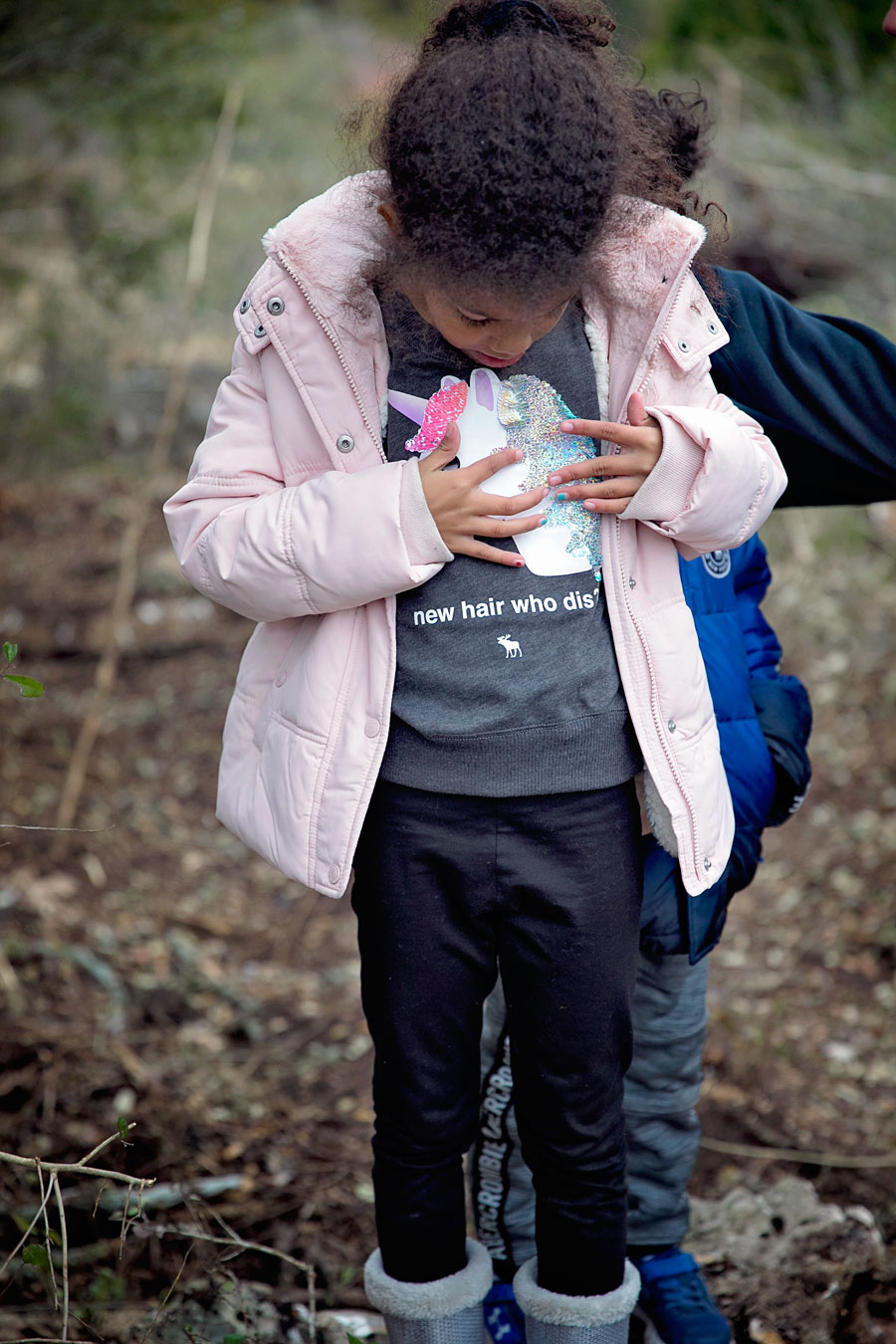 The sweatshirt has flip sequins on it that flip up and down revealing different colors where the unicorn has hair. It’s almost like having two shirts.

She also picked out a similar sequin graphic sweatshirt with a heart that reads “slime queen”. 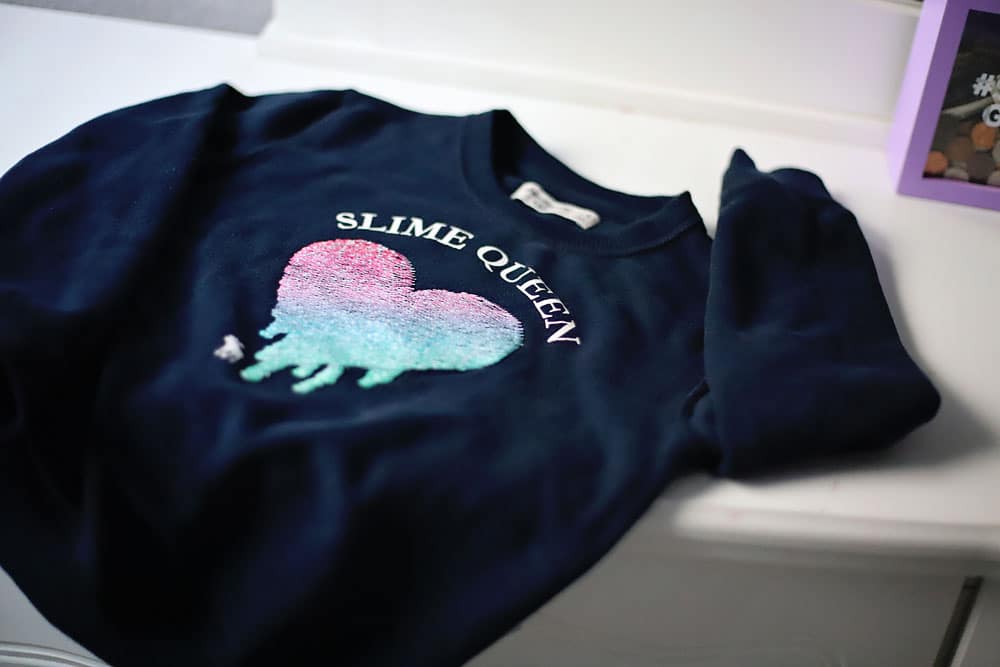 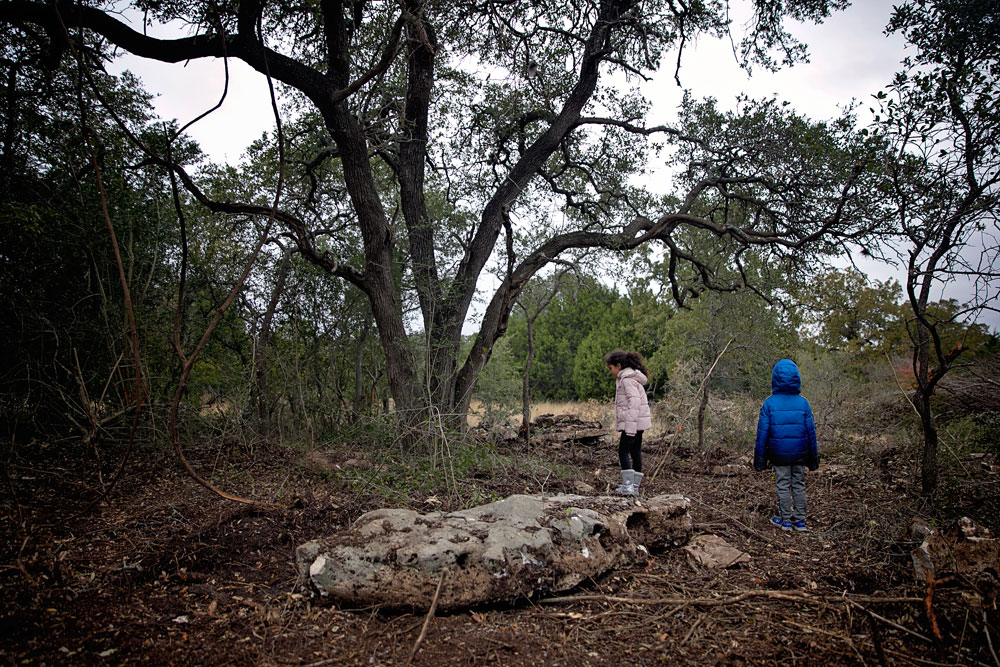 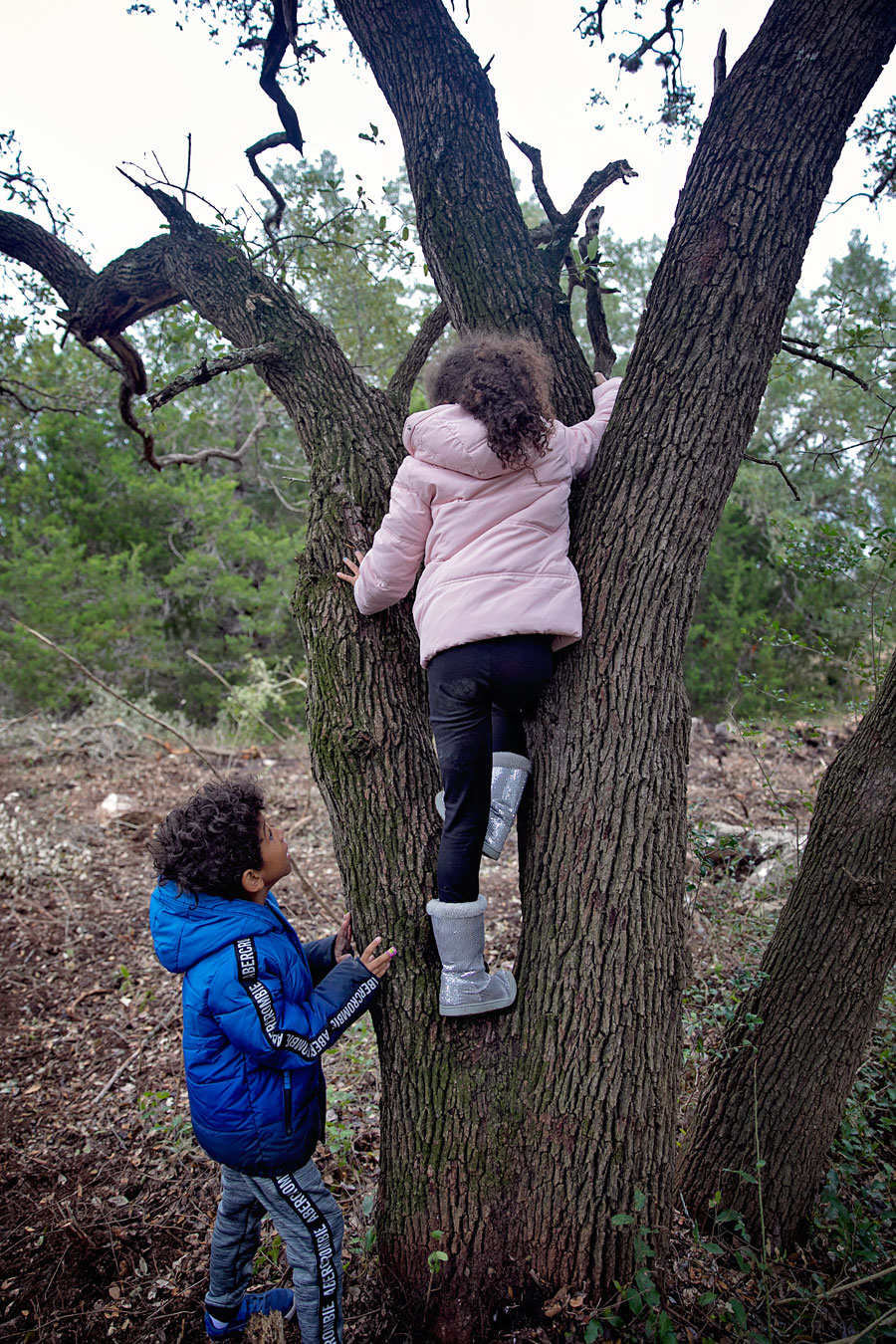 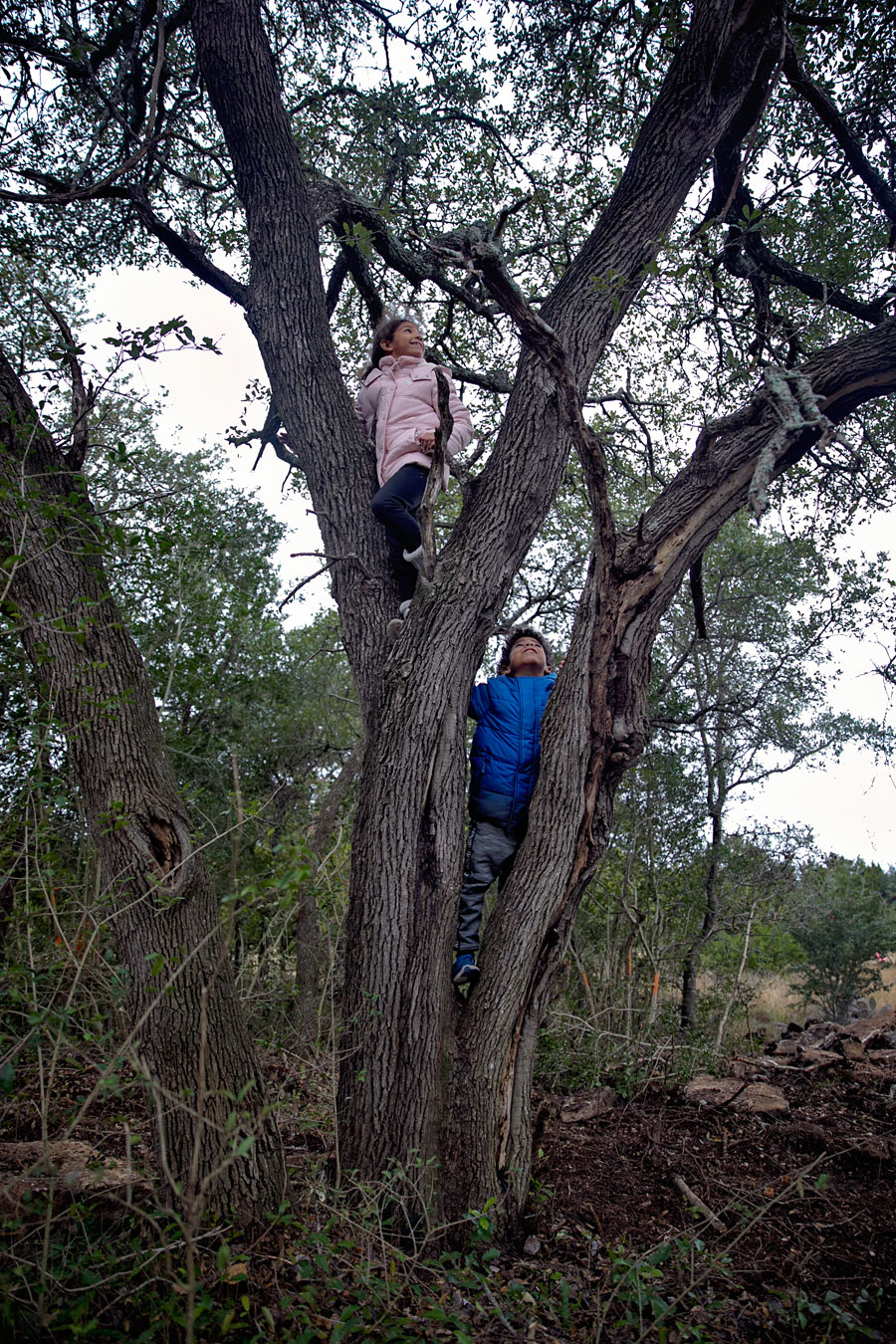 My oldest daughter doesn’t ask me for help as much, or lack the courage to stand up for herself (though we’re still working through the best way to handle conflicts amongst peers). More and more I’m realizing the less she needs my help and the more I can sit back and watch her rise.

I listened to her tell me about how she replied to the girl at school and in admiration, asked her where she got her confidence.

Without skipping a beat she said “from my confident mommy.”

She may still want to believe in unicorns and fairies and a slew of other mythical characters. But in reality, she’s growing into the strong self-assured girl I’ve always dreamt she’d be.

Awesome pics! Looks like they had a great time. I loved unicorns when I was young as well. Being unique is so important!!

Thanks so much! Yes, they loved climbing that tree. And now they’ve cleared out around another that’s even bigger and I’m so excited for futures under it!

They grow so fast. Enjoy it.