Imagine being handed a half dozen costumes and accessory pieces a month before the performance, they’re too cute for your child to resist wearing immediately, but they’re not allowed to wear them until it’s the big day. Oh, and at the dress rehearsal before. So you save all of those said things in a safe place for a month so it’s ready to go, but then you bring all of those things they’ve given you to rehearsal, and by the time that day is over, one of those items goes missing. But you don’t realize until 15 minutes before the actual performance. No, there are no extras.

There are people everywhere. Girls, and tutus, and random sequins and feathers. Shoes. So many kinds of shoes! Stressed out moms are around every corner. Wait… More like every three steps. Hair spray, makeup, and other things I didn’t think my daughter would use for at least another decade.

Your child knows five dances and she’ll perform each of them with a costume and hair change in between. 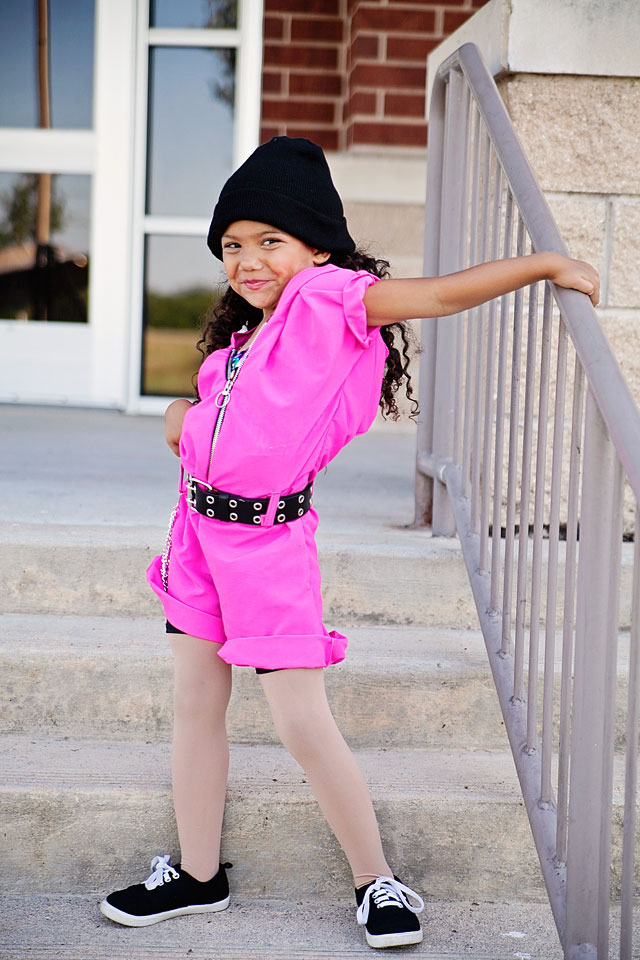 You sit and watch 1200 other dance numbers until it’s your child’s turn. Cheer and clap during her performance, then watch another 800 before it’s all over.

I wouldn’t call it a nightmare, but it was definitely one of those experiences that made me question how people could do that year after year. Not only that, our dance studio had six recitals. SIX. Ours was three hours and luckily my sister and daughter were in the same one. 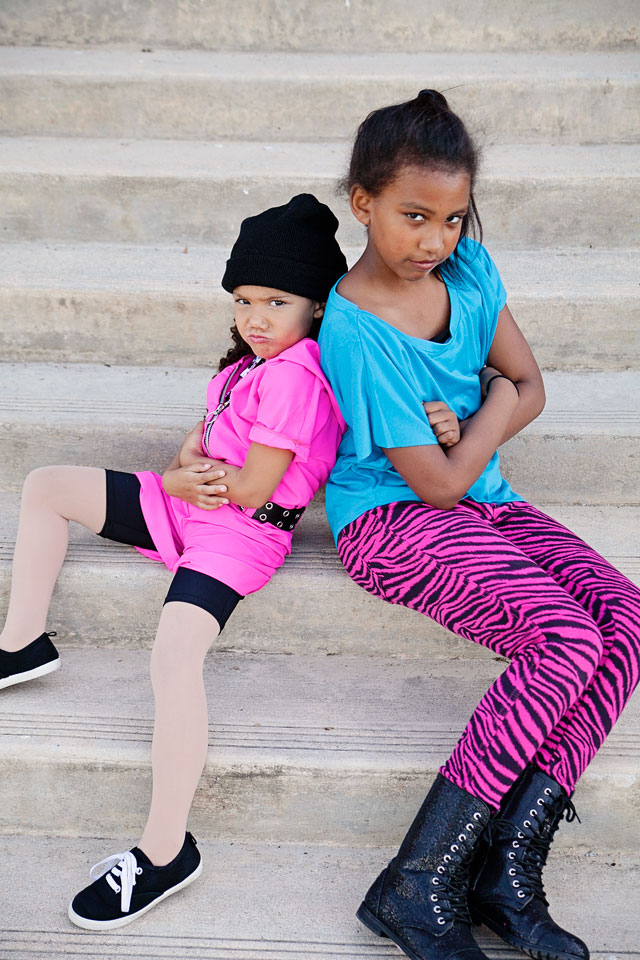 I can’t imagine sitting through that three, four, or five times… Times two! Not because it wasn’t entertaining–because it was, in more way than one– but because my son didn’t have much patience. 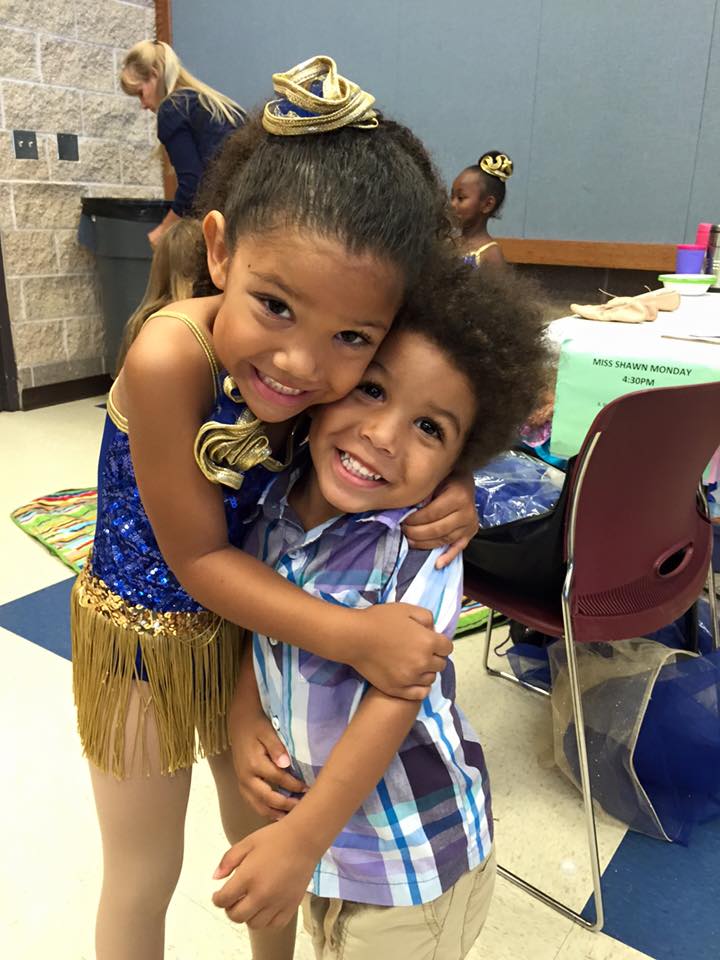 He got so excited when his sister was on stage. He cheered so loud for her, and watched the routine. But he wasn’t so impressed with anyone else. Luckily he was such a great trooper, and he lasted without throwing a fit.

Backstage he was thrilled to see her, and I snapped one of my new favorite pictures of the two of them together. 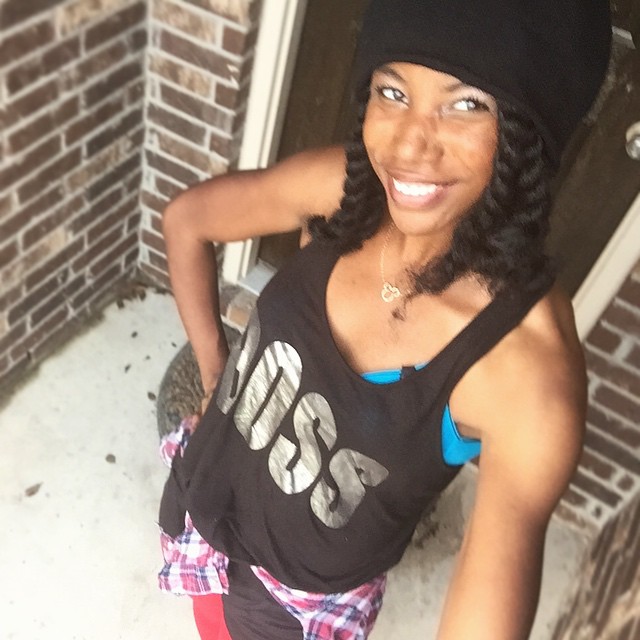 My recital (yes, I was in one too) was the next day. But since I was just in an adult class and not waiting around for the participation trophy, I was able to come and go just around my performance.

For us, the dress rehearsal was the real deal. My husband had to work the day of Lil’ J’s actual performance so he came, sat in the audience, cheered for her, and we celebrated like it was recital day. Between me and you it wasn’t any different. Well, except for the fact that there was a fraction of the people in the audience. So if you ask me, it was better. I was actually tempted to call it a day and skip the big shebang. 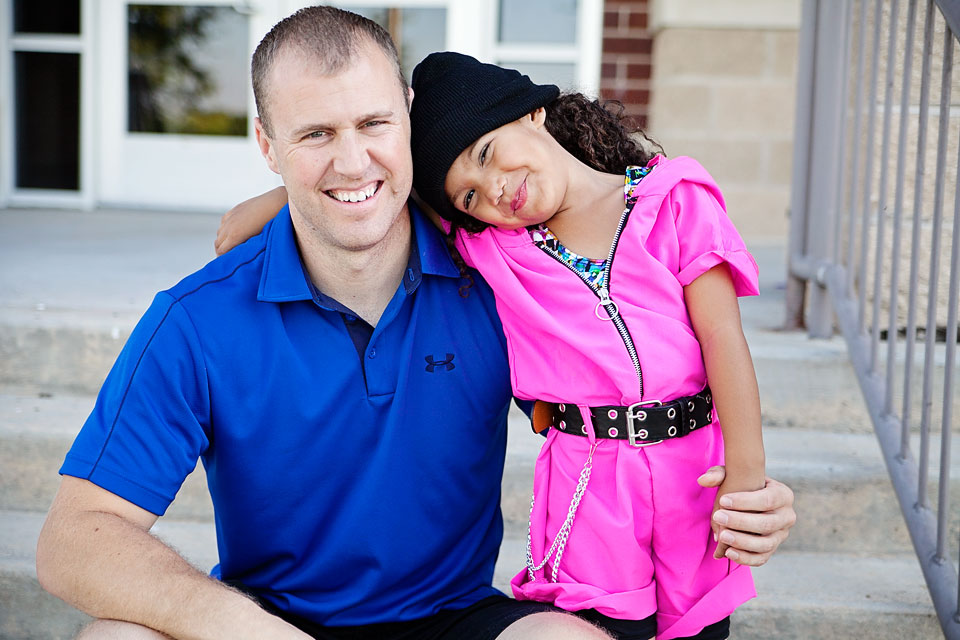 So a few tips for recital beginners who want to capture some memories of the big day.

1. Take all of the photos and video at the dress rehearsal. I can’t stress that enough. It’s way less crowded and chances are you can stand right at the edge of the stage for a great shot and to record the entire dance. Usually cameras aren’t allowed during the actual performance anyway. 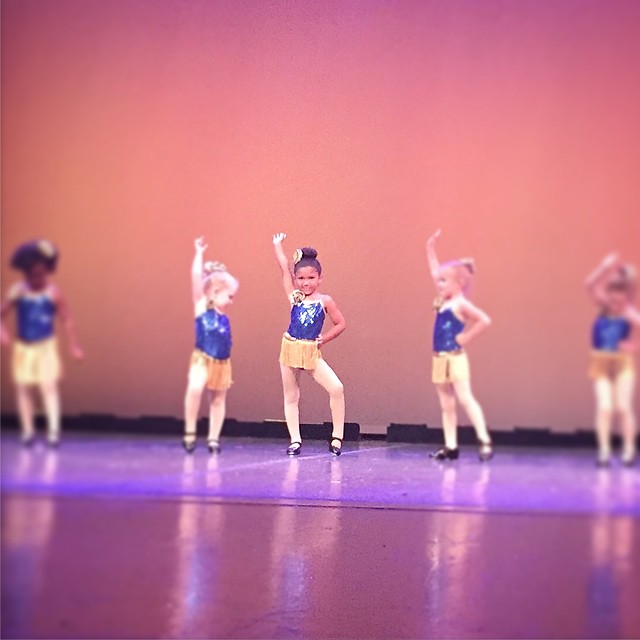 2. Hand off your camera duty. Whether that means bumming photos off your friends, or ordering from the professionals the studio hires. I know it can feel like you’re paying an arm and a leg for everything from costumes, to flowers, to actual attendance, but it can be a huge relief to know someone else has you covered for pictures. I actually did pay for a photo package, but only for one costume, and for $35 I got ONE photo. So, if you’re cheap like me… 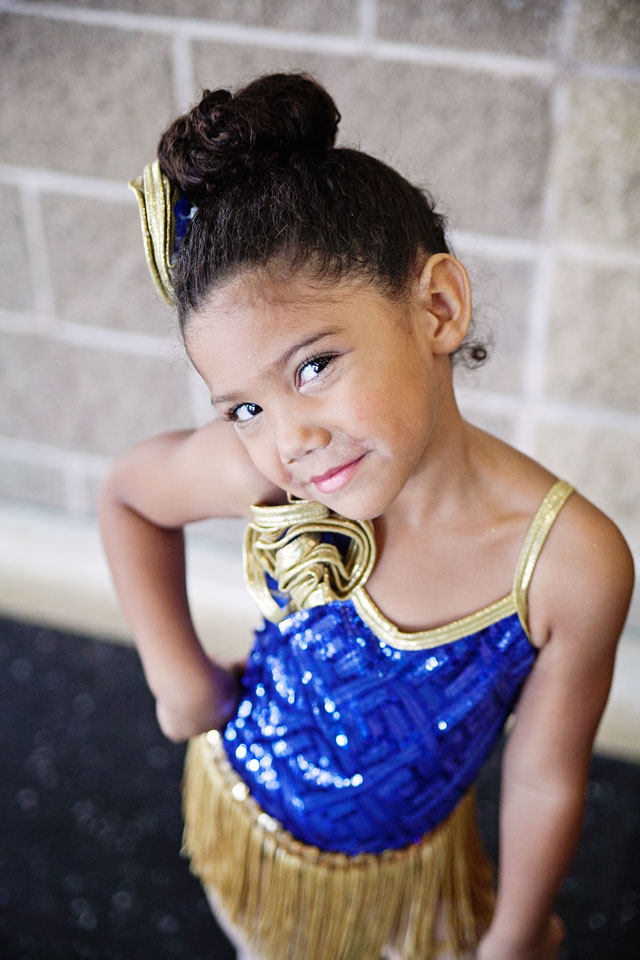 3. Find good lighting. It’s dark in the theater, and other rooms have non-flattering fluorescents. If you’re taking pictures when s/he is performing, adjust your settings to the conditions of the stage. But once she’s finished, pull her near a window or even outside for pretty photos. 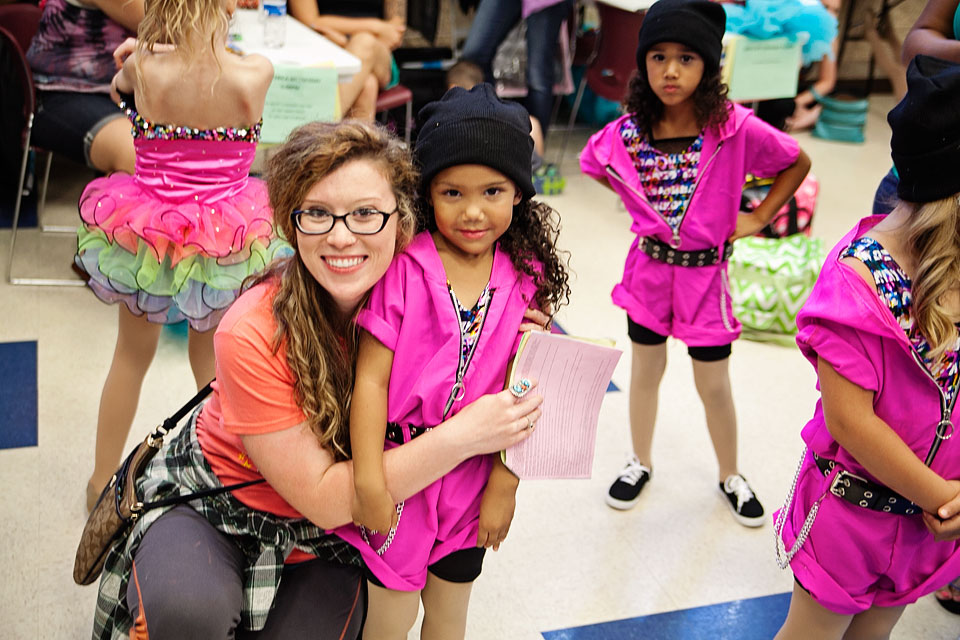 4. Get a photo with the teacher, or your favorite friend. Aside from your cute kid, that’s the main person you’re gonna want to remember down the line. 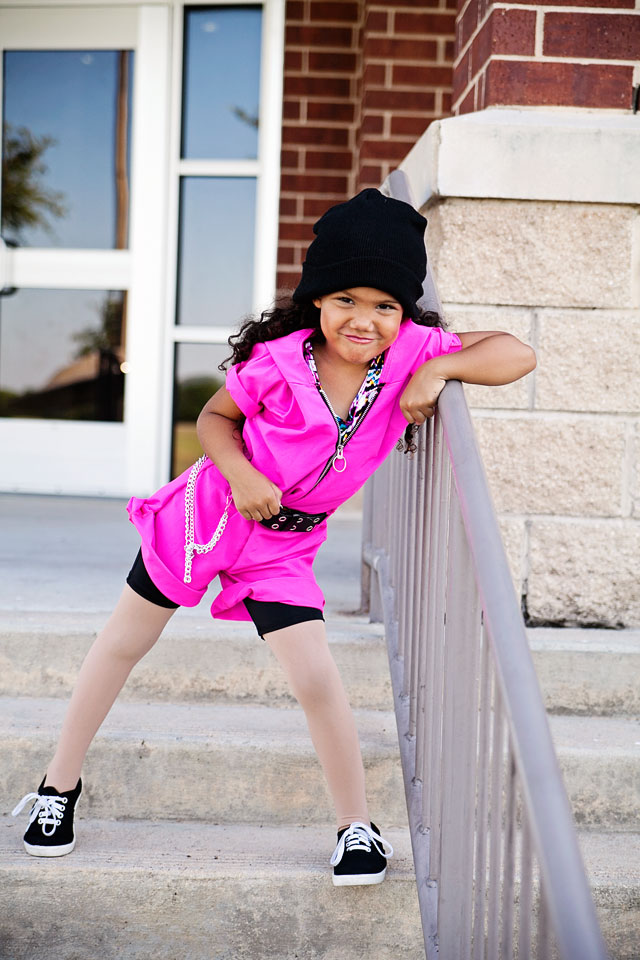 5. Have fun with it. Have her do her favorite move or pose and get into it. You don’t have to choose just one photo to order for a package, you get to create your own. And there’s a good chance your child’s personality will shine even more in photos for you.

If you’re taking all of these pictures during the dress rehearsal, on recital day you can sit back and enjoy the show, knowing you got all of the pictures out of the way, and not have to add one more stress to your already-stressed day.

So we survived our first dance recital. Although it wasn’t quite as dramatic as an episode of Dance Moms, there were times I questioned my sanity. But as I watched my daughter light up on a stage she once saw as intimidating and terrifying I realized something… I can’t wait to do this again.

Lil’ J had a blast. Right after her dance she told me the big stage wasn’t so bad once you got the hang of it, that she heard us yelling her name, and that she had so much fun. 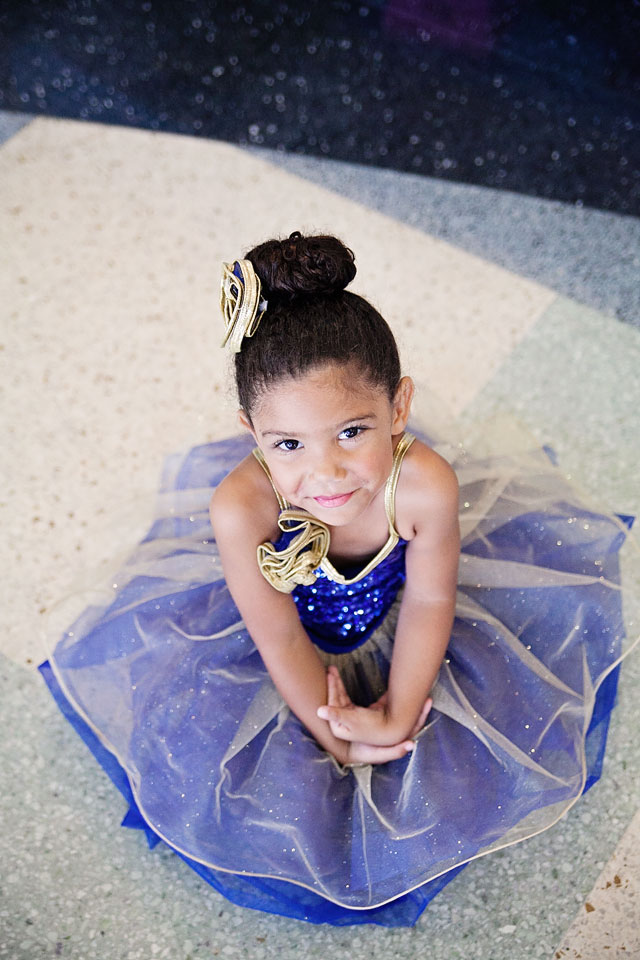 Once all the dust settled I asked her more about it once we got home. I wanted to know if it was worth it, and what she liked best.

Me: Did you have fun on stage?
Lil’ J: YEA!
Me: Oh yea? What was your favorite part?
Lil’ J: Getting my surprise.
Me: Oh… (A little disappointed) Your trophy?
Lil’ J: No, my tattoo!

So after 12 months of dance classes and the highlight is the 25-cent temporary tattoo. Can’t wait until next year!

I wish I had amazing photos like this to remember my dance days gone by. If she does competitive cheerleading, that will probably be way more exciting than dance for little brother. And the action shots are the best part.

That is a great tip about taking the pictures at the dance rehearsal rather than the big day. Unless you get a front row seat for the dance recital it is hard to get pictures on the big day. So many people in the audience and parents running back and forth trying to help the kids with costume changes makes it hectic.

Oh my goodness I couldn’t believe how packed it was! So glad I was able to get my pictures before.

Your daughter is beautiful (like her mom!) and she looks so cute in her outfit! I used to own a dance studio in NYC and LOVED my little ballerinas!! Next time she goes on stage tell her “Merde” from me. It’s the “break a leg” equivalent for dancers.

Thanks mama! You’re so sweet. I can’t believe you owned a dance studio! That’s so amazing!! I’m guessing you were a dancer too?

Little miss thing is too much! Absolutely stunning…I bet she keeps you on your toes! Leave it up to a kid to like the tattoo the most and not the actual recital

Thank you Chastity. Yes, she definitely keeps me on my toes. haha.

Great tips, our dance recital was so hectic too! Too bad for our dress rehearsal only a select few wore their costumes?! My daughter was the only one wearing her costume in her class for rehearsal.

Oh man really? Why have a “Dress” rehearsal without dressing up?

Oh my GOODNESS! Her poses are literally going to kill me. She is so darling Jenn! I can’t believe how much older she is looking. Time just goes by way too fast. I can’t help but wonder if it will be that much fun to take pics of Dom doing his activities. After all, I doubt he’ll be wearing those adorable tutus…

Thanks mama! You know, you are going to have a BLAST photographing Dom in whatever he’s doing. I just love taking pics of Big T dressing up, goofing off, or doing whatever. But I can’t wait until he’s in his own little uniform!

Your daughter is so beautiful! You captured amazing photos in a difficult situation- dance recitals are hard! I love your tips- and totally agree with taking photos during the rehearsal if at all possible. That’s the only way I’ve ever gotten good shots of my girls!

Thanks so much mama! Glad I learned this the first time. Not sure if they’ll be a next time though, that was intense! haha.

HOW ADORABLE IS SHE?!?! Ha ha. Glad you survived it all! I wanna see video of YOUR recital. 😀

Thanks mama! As far as my video goes… Haha. My mom ordered the DVD but I’m not sure if I’m read for that to be online. lol

Great shots! Your daughter is beautiful!!

My daughter never wanted to do dance so I have to live vicarious through your post. I long for the chaos!

Haha, it’s chaotic alright. What is your daughter into?

lol!!! kids are simple!!! lol I remember buying my son a toy and he ended up playing with the box more than the toy

For sure! We opened a package yesterday and she went straight for the bubble wrap. haha.

I love hearing your stories of your children, you make me laugh and bring back so many memories of my children when they were young, oh how I miss those years, you have a beautiful family, thank you for sharing them with us. GOD bless

Harlow just went to her first dance recital this past weekend! Two of my nieces are in ballet. My oldest niece is in Can-Can, and all the Can-Can dancers gave Harlow smooches with their bright red lips, so she had lip marks all over her face! She LOVED the whole experience and sat in perfect attention the entire 2 hour show, even though it started at her bedtime! When her grandma asked if she wanted to start dance next year, she nodded with HUGE eyes, like “HECK, YEAH!”. 🙂 My sisters and I were in ballet, too! (And one of my sisters and I were both cheerleaders!)

Wow! She is really very beautiful, you clicked amazing photos. I enjoyed watching her cute posses. Thank you for sharing such a great blog.

My little girl will be having her first dance recital soon. I think that she will do fine. I’m actually more concerned with myself and how I will handle everything. My biggest concert is the ordeal of taking good pictures. Maybe your tips here will help me. After all, you have a lot more information on this process than I do. http://www.cameronacademy.ca

Gorgeous pictures, beautiful girl 🙂 The future of the dance scene is bright 🙂

While clicking a photograph, the only thing which matters a lot is quality of picture that totally depends on the quality of your camera and another thing which is important that is your dressing sense and pose..if you meet these 3 things then surely we will get an amazing photograph of your loved ones.