This is What it’s All About

On Thanksgiving Day my oldest daughter handed each of us a turkey hat she made herself. She stood by and waited as each of us tried them on for size. My son love his, and wore it all day.

I was decluttering some of our art supplies and beginning to pack up our house. I found a couple of giant Christmas themed coloring books and handed each of them one to work on. My son took his and plopped it on the ground and began to color. 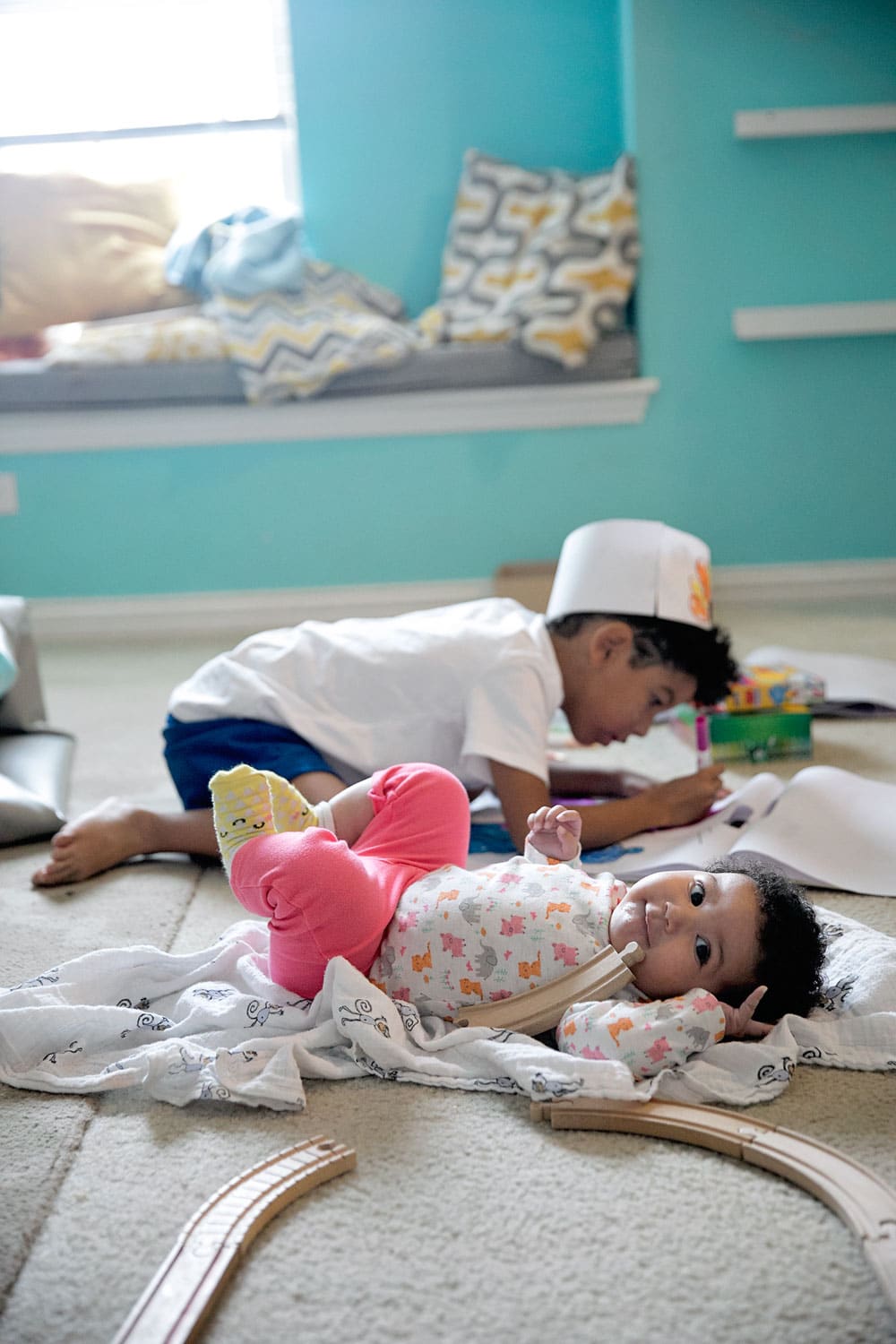 Lee Lee has is fondly amused by her big brother, so I set her beside him while I finished taping up some packing boxes. I was trying to get as much house stuff done over the holiday weekend as I could, while my inbox was quiet.

Out of the corner of my eye I noticed Lee Lee kicking her little feet and watching her big brother. He noticed too and put his marker down before leaning over her for some kisses.

I dropped what I was doing and ran for my camera. I came back, thankful they were still in the same position and snapped a few shots. 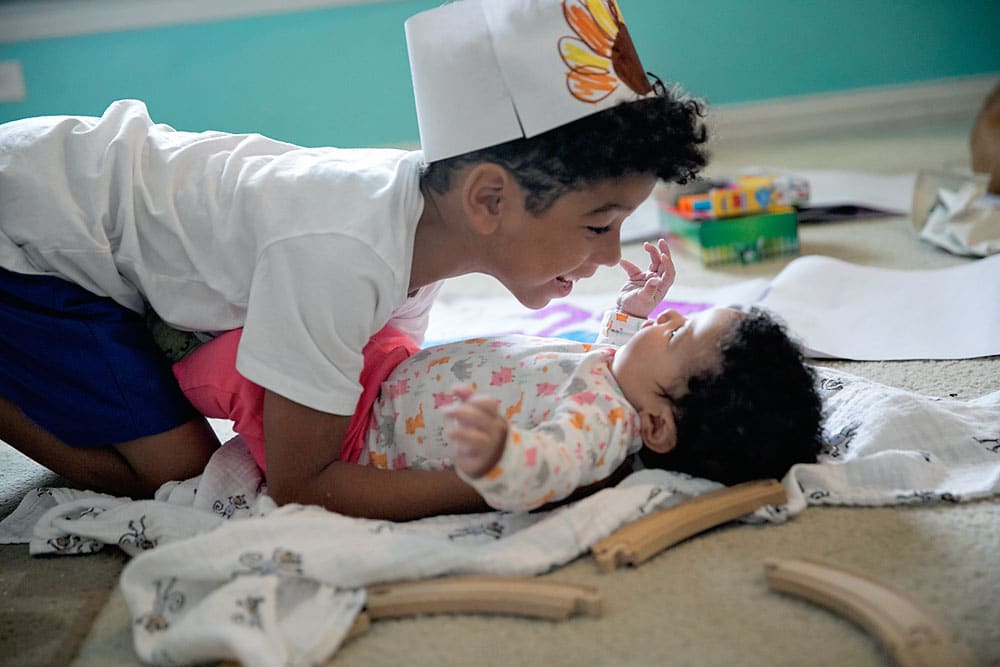 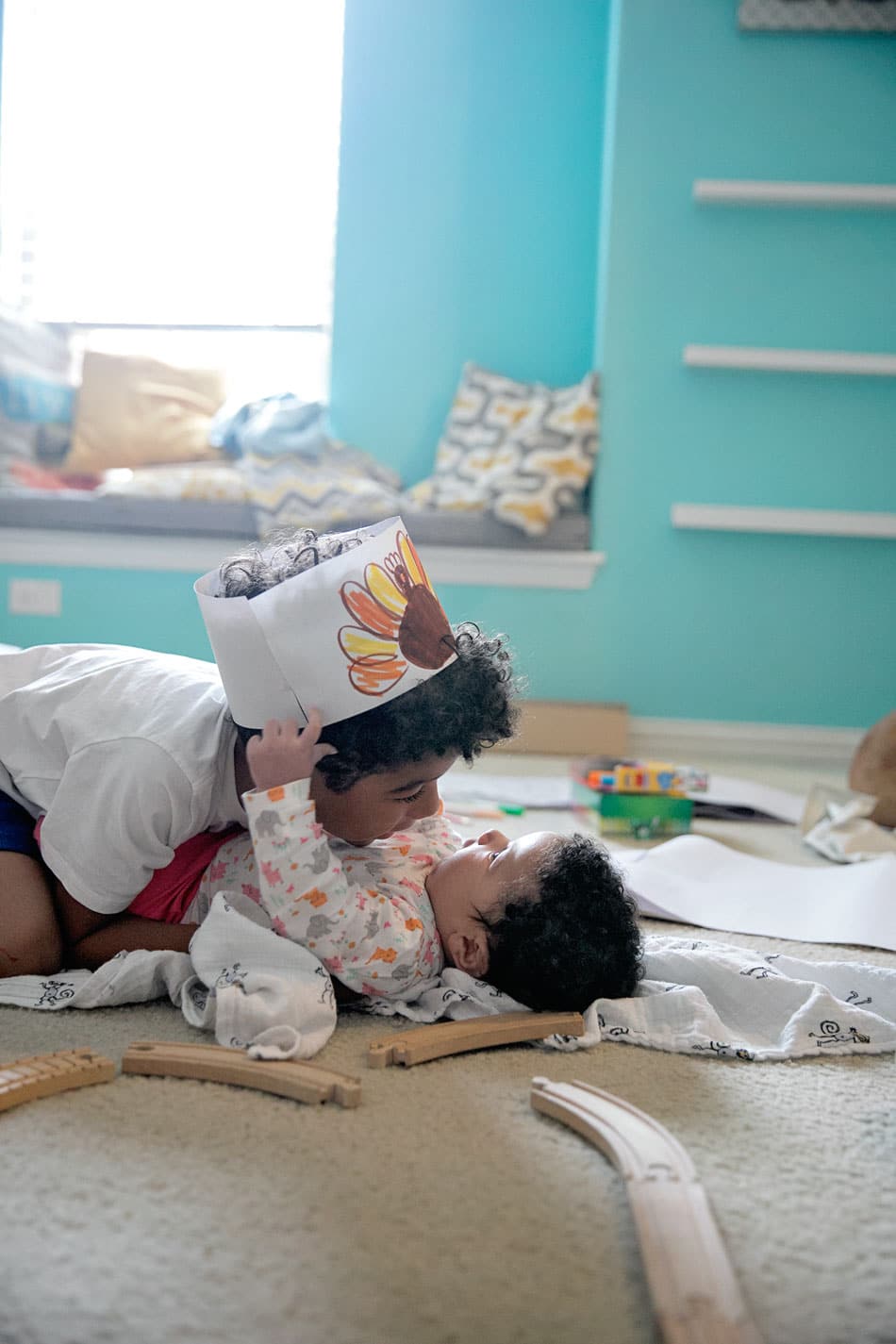 The room was a mess, toys abound, boxes in the corner, but I didn’t care.

No staging or direction needed. No logos to line up. I was able to sit back and enjoy these two little faces I created smiling at each other.

It's so important to remember to be thankful for what we already have, while we're going after what we want.Click To Tweet

I’m working so hard to build something so great for my children. A place they can grow up with room to run and play. But as I looked at them playing with a handful of toys I had yet to pack I remembered we already have what matters most.

It’s so important to remember to be thankful for what we already have, while we’re going after what we want.

Quiet (or not so quiet) mornings, together. Surrounded by our favorite type of mess. With lots of love abound.

This is what it’s all about.

Thank you very much.

This is so sweet. So often in our daily lives we become so busy to stop and cherish the moments you captured. For there are so many moments that I wish I could have captured and bottled up. Enjoy!