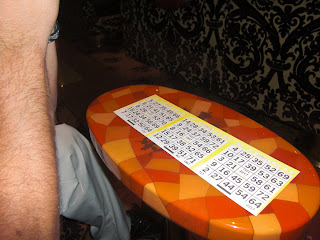 As we waited for the illusionist show to start the announcer said they were playing one more game of BINGO, the winner would get $1000. My husband told me to get a card so I did. He thought it was free, it wasn’t. Sometimes my life feels like BINGO… A game of chance. It cost $20 for that BINGO card… We lost. And boy did it suck.

I woke up thinking of only one thing. I want a baby. It was almost as if a gravitational force was pulling my brain in the direction of ONLY baby thoughts. The Urge was back, and it wasn’t going away. Here I was in paradise, and I was nearly brought to tears every time I saw a small child.

“A Fun Day at Sea” is what Carnival cruise lines calls the days this ship doesn’t dock at an island and offers a plethora of food and activities on board. A schedule is placed on our bed the night before with an hour by hour list of things to do. Dancing, water fights, scrap booking, bear making, putting contests, basketball. We agreed on food, sleep, gym, dancing, and dodge ball. I was the only woman playing dodge ball but trust me, I represent.

When it was all said and done I had a lot of “thinking time” on those days at sea, and I think a lot. And when I think a lot and don’t have an outlet (ahem, such as blogging) I blurt it all out vocally.

I try not to bring all the baby talk up to the husband… He’s ridden my roller coaster ride of mind and mood swings a long long time and I try my best to keep my urges to myself. This part of the trip though, I couldn’t help it. Poor guy. Everything was “I want our kids to do this” or “think our kids will like that?” Then “When?…” “…Why not?” “How come?…” So much for romance and love talk.

One afternoon while I was basking in the sun on the ship, listening to the Caribbean music I 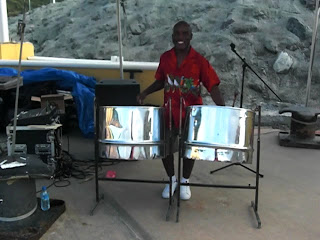 glanced over and noticed a little boy, who couldn’t even have been two, dancing… More like bobbing or bouncing to the music. I see kids do this all the time but this was just the cutest thing. I had to get a hold of myself, I was turning into mush.

As we were laying there my wandering eyes veered off in another direction and I noticed another group of children. They looked to be between the ages of six and 10. And that’s when I was slapped in the face with another realization. My gaze paced back and forth between the toddler and the kids and I thought I don’t want that. The baby-Yes, toddler-Sure, but adolescents? I don’t think so.

All this time I’ve been googly-eyed over pregnant bellies and wobbly little ones, not kids that can talk back to me, argue with me, one day become teenagers and hate me, later forgive me then go away to college and leave me! I just graduated from college myself, I’m not ready to raise my own kid to grow up and go to college! 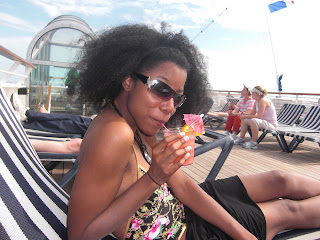 Ok, so this all happens in a span of 20 or so years but still! I can’t help but wonder if that’s why so many of my friends, and many of fellow blog friends have the urge for more… THE LITTLE ONES are the fun and cute ones! Once the others turn two or so it’s time for another infant! What’s up with that?!

I thought of all of these things as I watched the little dancing boy, his proud parents behind him, and the now gathering crowd cheering him on. Looking at the older kids playing in the pool I noticed their parents weren’t cheering them on, watching their tricks or even watching them with those adoring eyes. When does that transformation happen? It is like the child that begs for a puppy and loves it until it’s grown then begs for another PUPPY?

I closed my eyes and thought more about what I really wanted and what I was really ready for, and felt a slight sting of regret for bringing up the almost-too-often roller coaster discussion of childrearing.

I love teenagers! I have to speak up for us moms of older kids and younger ones! I had married ones and grandkids and still went to China for one more! I love watching my teenage daughter sing, laugh and generally make a fool of herself. She loves life and is full of it. We have a 18 year old son who we lost to prison for a few years because of a stupid mistake he made. Every day I think of him and long to take him in my arms and hug him! I have always had a blast with my teens and hope they feel the same. Some of my fondest memories are of times spent hanging out with my teens, I do treasure those times. Yes it is challenging and yes sometimes heartbreaking, but nothing can bring you as much joy as the look on their faces, just like a two year old when they finally get it, or master a skill. Sorry to go on but you are right lots of people don’t like teens and are even a little afraid of them. My daughter and I are even starting a adventure camp for overweight teens, how’s that for lovin them?

Jennifer – what does your hubby think about your baby obsession? Inquiring minds want to know…

It’s true that the first few years of a childs life is quite fun and cute even, but it’s short lived and soon you hit the terrible two’s – which btw lasts until about 5! Yes, the pre-teen years are hard, as are the teenage years…and yes they do leave the “nest”. BUT we don’t have teenagers who drive us insane, pre-teens who talk back or even terrible two toddlers….when we decide to start a family God was very aware that we couldn’t love those stages at first so he sent us non-talking, beautiful babies who need us and want us and love us and coo for us and give big smiles when they are happy to warm us up for those not so wonderful days of parenthood…He knew what he was doing with those little, tiny bundles of poo & drool…softening our hearts so we wouldn’t harm them when they hit the “hard” years.

PS I have 3 kids – ages 3, almost 6 & 7…my life has ups and downs and I wouldn’t change a moment of it…some days I may think on it for a second and then they do something wonderful and I forget all about going back…lol

“Amen” to what Arya said about God knowing that we couldn’t handle it if you got your child as a teen and instead our hearts are forever softened (and bound) to those “tiny bundles of poo & drool”. You do so much bonding in those first five years of cuteness while everything is new and exciting. Have you seen the tv ad (I can’t remember what it’s for!) where the parent is talking to his older teen but he “sees” him as about a 4 year old? Sometimes you look at your adult child and still see that cute little toddler ……..and you refrain from strangling them. : )

Yes being a mom is a roller coaster ride. They do grow up fast but as your children get older you become a wiser parent. My oldest will be twelve next month and she has already tested my patience and parenting skills. You just learn how to deal with it and move on. With my help she is maturing into a beautiful young lady. That is the beauty of raising an older child. You can teach them, and mold them into a better person with your example, wisdom and love. Parenting no matter how old your child is is challenging and has its ups and downs. But you learn to move on. In the end my kids make me so proud.

Did you read my post on the challenges and rewards of motherhood? I wrote it while you were on vacation. If you haven’t read it yet you might want to take a look.

“Amen” to what Arya said about God knowing that we couldn’t handle it if you got your child as a teen and instead our hearts are forever softened (and bound) to those “tiny bundles of poo & drool”. You do so much bonding in those first five years of cuteness while everything is new and exciting. Have you seen the tv ad (I can’t remember what it’s for!) where the parent is talking to his older teen but he “sees” him as about a 4 year old? Sometimes you look at your adult child and still see that cute little toddler ……..and you refrain from strangling them. : )