The Time of the Month 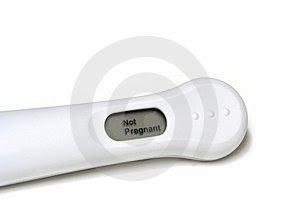 I’m a hypochondriac. I self-diagnose myself with all kinds of diseases. From brain tumors and femoral torsion to dyslexia and narcolepsy… I also am pretty sure I have a heart disease because my limbs are too long and a doctor told me that once. I think I’m bi-polar and could have some kind neurodegenerative disease that causes amnesia. That’s just the short list. Basically any new disease I hear about is the reason I am the way I am. I’ve had to tone my doctor’s visits down a bit since I’ve been married and had to pay my own co-pay but I still make an occasional visit to make sure I don’t have cancer.

This month I’ve been having the most intense cravings. It’s just one of my monthly signs that tells me I’m pregnant. I’m not just “hungry for something”… I would do anything to have a strawberry frostingless Poptart!… Or some California rolls–Then a few hours later an apple! Usually my hunger cravings aren’t so bad, it’s usually the sleepiness and the boob soreness that makes me think I’m pregnant. Yea, that’s right…I have monthly pregnancy scares.
You’d think I’d learn my lesson but no… I don’t know how many times I’ve bought a pregnancy test a day too early. What’s up with that?

This is one reason I practice the Fertility Awareness Method (which is not about counting days, it’s about observing the signs your body gives of fertility etc). Because of FAM I always know exactly what day to expect menstruation–very helpful if you’re one of those ladies who varies (which I am).

I tend to think I’m pg a lot of months, but that’s because we’re ttc (Trying to conceive), and I always get my hopes up. 😉 But I never test early, because I know when ‘early’ is.

go to the dollar store and get the preg tests there… then you can satisfy your “pee on the stick” need with out having to break the bank. I probably spent $100 on tests or more, testing like a OCD person until I learned about dollar store tests!

I second the dollar store. That is all I have to say. I am a POAS (pee-on-a-stick) freak! If I even get a twinge of nausea towards the end of my cycle, I start to panic. It was weird, though, because when I actually WAS pregnant, my only symptoms were the exact same ones as PMS (boobs tender, cramping, moody). So you just never know.

Been there done that and have the t-shirt in regards to buying pregnancy tests. Yes, I’ve spent alot of money, but I’ve got two sons to show for it. I believe it’s a normal female response to want to know as soon as possible. It’s exciting!

hahahaha— we are so much alike. I actually went to the doctor once because I was sure I had a brain tumor. haha–well, ended up I have never had any of those diseases… but instead had OCD!

I know exactly how you feel!! We are ttc (trying to concieve) and even though I plot everything every month so I know when I should start and everything, I still always think I’m pregnant. I’m pretty sure dh gets pretty sick of it lol