The Lion King in Theaters: He Says/ She Says 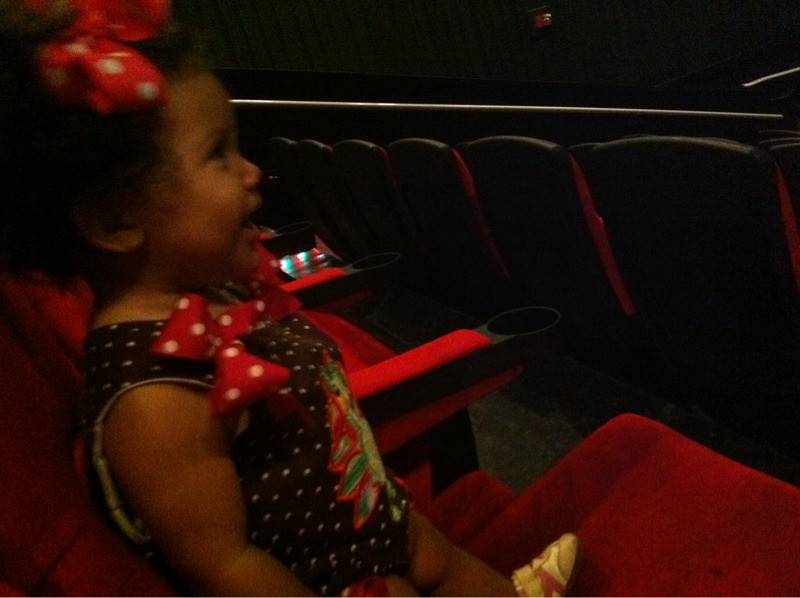 Crazy, or not? What say you?

its not crazy… My fiance and i are going to take our LO to see in it the theaters too… I feel a child should experience the movies at some point in life…there arent many kid oriented movies, cartoons i should say that are in the theaters right now…we wanted to take her to disney on ice but thought maybe next yr when she can understand who and what is going on.. and by the looks of the picture Lil J looks like she enjoyed it the fullest

I don’t think you’re crazy at all! You’ve gotta take your little one to see the Disney classics, especially when they’re on the big screen!

For a one year old…yes a little crazy. 😉

The fact that you didn’t even bother to see in 3D is pretty crazy.

I wanted to do that too (although I don’t have it on DVD yet… it’s coming, I preordered it), but then I found out that even 2 year olds have to have a ticket, and their ticket is 6.50 on top of my $9 one. Too much money, gotta wait for the DVD after all 🙁 If our drive in were open still, I’d totally go there. Stupid fall.

But yes, I agree there’s nothing like seeing it in a theatre. 🙂

Haha, 3D was more expensive, plus it usually gives me a headache and I wasn’t sure if she’d keep her glasses on and it’s all fuzzy without them. Wouldn’t have mattered though cause as usual she FELL ASLEEP before it even started *sigh*

NOT crazy. I am an adult, without kids, who also owns the movie, and I went to see it at the theatre in 3D!! 😉

My little girl is 19 months old and I have yet to take her to the movie theater, I am too scared! Although I am contemplating taking my new baby to the twilight midnight showing in November (she’s due in October) because I don’t want to miss it! Might be a bit much for a newborn, or she might just sleep through the whole thing! When was Lil’ J’s first theater experience?

We are sooooo going to see it! In 3d….heck yeah!

Used to take my Lil J to the movies all the time {with noise-canceling earmuffs} when he was a baby. If he woke up, I would just nurse him back to sleep. This worked until about 8 months. I think I want to bring him to see this one!

Jen, she’s been to a few movies, actually this was her 4th, and she’s slept through ALL of them! She was happy in this photo above during the pre-show. haha. She still nurses to sleep and dozes off through the whole thing once the lights go out. This time i purposely planned it during her nap time in case she wanted to sleep. She’s still free until 3 🙂

I so want to go see it again in 3D now cause yall have me wishing I had!

That’s fun to go for a theater movie and lion kings is def a great choice :)!

not crazy at all … i want to see it again too, hehe

That depends on how much you paid to go see it 🙂

Oh wow! I wouldn’t at 1 year old, but at least she looks like she had fun!

My daughter got movie passes for her birthday, and my husband refuses to let her use them on a movie she can watch at her grandma’s. Personally, I could care less, but, I don’t have to go, and I’m not paying for it so it doesn’t really bother me either way.

The inspiration of this exquisitely crafted Lion King bracelets has been taken from the best ever animated film “The Lion King” that proves to be the perfect companion of our childhood. As a child, we all used to of watching it multiples times, collected its toys, and certainly lived and breathed every moment of the film. We proudly present this beautiful lion king jewelry for the die-heart fans of Lion King. You can wear this stylish Disney bracelet in any of your party and gatherings to add more interest in your persona.
https://www.amazon.com/Themed-Charm-Bracelet-Jewelry-Merchandise/dp/B06XTS2LLD