So this is how it all went down.

I had a dream about being pregnant with twins. I woke up, and that was the first day I’d ever been late.. At least that I can remember. Days 2 and 3 late went by and I began to wonder, for real. I had never been this late before. Late day 2 I took another test… Correctly. Negative.

I wasn’t about to take another one on Day 3, but I did decide to look over my charts. I noticed my temperature went up a few days later than it normally does, (which means ovulation is later as well) BINGO! That’s why she was running late! So as I expected, when day 30 rolled around so did day one… Thank you “Taking Charge of Your Fertility”… great book by the way. If you don’t like hormones and want to prevent “naturally” try this out. 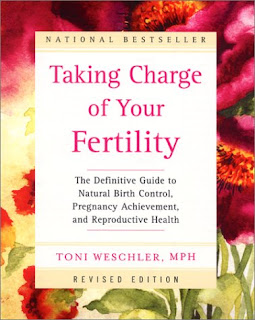 I almost bought a First Response early detection test but… I decided against it since I was highly doubting being with-spawn.

And another thing. I’m beginning to think, either this stuff is more effective than everyone thinks (it says 94% on the box) or I’m not gonna get knocked up as easy as I’d like to when the time comes. I’m actually a little worried about that… I guess we’ll see what happens.

My BFF was totally hoping I was pregnant. I actually think she may be doing some voodoo to try to make it happen.

Anyway, that was my first real false alarm in I don’t know how long! It wasn’t as scary as I thought it would be. Perhaps because I don’t feel like a matter of months doesn’t make that much of a difference.

Have you been there with false alarms? I’m sure there are more horrible stories than mine, and I only imagine it’ll be worse when it’s what I actually want.

LOL! I gotta link up with your BFF! I’ve been trying to work some juju in hopes that my BFF gets knocked up too (LOL).

I’ve never had a false alarm. My alarms are on target…sigh!

Perhaps your dream is a pre-cursor of what’s about to happen within the next ooh, let’s say 20-30 days. Mu-ha-ha-haaa!

😉 the book really is good & that totally must be some good spermacide! Each time I truly thought I was pg I WAS pg but I have been late before like RIGHT NOW as you know but im not worried at all

Hi! I am brand new to your blog…I LOVE IT!!!! I sooo wish that the internet would have been around when we were ttc.
False alarms were hard for me to deal with….the worst was when I was in the doctor’s office getting more treatment for infertility and they had me pee in a cup. That stupid stick they used to see if I was pg started to show two lines but it wasn’t clear so they had me do it again. UGH!!! My hopes were so high by then. After years of trying I thought maybe this was IT! But no….no pregnancy. It was a sad day.

When I went off the pill, my cycle was pretty consistently 30 days. I had one late month, and we had decided that if I was late, we’d wait until the weekend to test. After all, no matter which test you get, they’re always more accurate the longer you wait, but our main reason for waiting until the weekend was that we didn’t want to find out at 5:30am and then rush to get ready for work, we wanted to find out and then be able to bask in that knowledge of our new little secret “alone together” for a while.

So one time I was a few days late (later than my usual 30 days) and decided to test on that Saturday, but (I know this is TMI) as soon as I went in to pee, I knew I had started my period. And I was disappointed. (At that point I was still a bit unsure if I really wanted to take the plunge, even though we were actively trying, but when I was disappointed at having started my period, I knew I was ready.)

By the way, we tried for about four months before we were successful, which is why I’m due in October and not in July like I was hoping for!

I’ve been there. 🙂 Nothing like an almost-unplanned-pregnancy surprise to set the world rocking a bit. Relief mixed with wistful regret…

We’re trying for our fourth right now. (I’m a touch older than you. 🙂 Also in process of adopting. Life’s crazy when you’re thinking about switching things around. I totally sympahtise.

Girl. Are you ONLY using spermicide, or are you also not having sex on the days surrounding ovulation?

LOVE the title of your blog!! Hope you get some good juju soon but remember, the best part of baby making is the practice rounds!!
Thanks for coming by my SITS day.

I left you a goodie over at my blog…hope you’ll swing by when you get a chance!

My alarms started happening after my daughter was born 🙂 and well every time I hope it’s a baby but oh well… last alarm was April May 2009 yes just those past months…nothing for two months I so was hoping I’m pregnant and than boom now I’m kind of sad!!!
Wish you luck though 🙂

Your no holds barred approach to blogging is great, Jennifer. I love that you don’t mess around with the details. 🙂

As I think more about you and your career path, I wonder what your thoughts are towards the future. Do you plan to become a SAHM or work? Feel free to refer me to an old post to answer this question!

False Alarms! OH my I have been there. Hoping for no more false alarms but the real thing! Your BFF is probably counting the days down til you get pregnant!!

Hi fellow SITSta! I just had to say that I am so glad that I am not the only one that calls my future children “spawn” – sometimes people look at me funny but I think, if I can’t keep my sense of humor when I have children then I am screwed!
and false alarms? I totally get you! Sometimes I think I am just hoping for an unplanned pregnancy so that Mr. M and I never have to decide when the time is “right”. I mean, is it ever?

Story of my life!

Only one false alarm, was late and the smell of every thing, especially eggs made me feel nauseous. I had never felt like that before. I didn’t feel sick but the smell of any kind of food..ugh! Turns out I wasn’t pregnant but must have had some kind of flu bug or something and being late was just a coincidence. As for falling asleep while watching TV, if that is a sign I will never know because I already do that all the time!