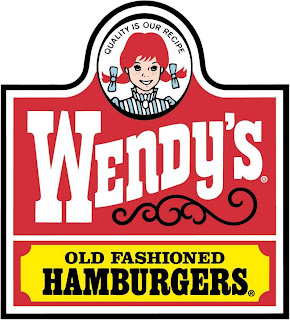 Last night I experienced a situation I KNOW would have been intensified by a million had I had children.

I was tired, and Hubby was hungry. We were both craving some Wendy’s. (That may sound weird but we kind of quit fast food a few weeks ago cold turkey and we finally had to give in to our desires.) Anyway… I sent him out to get me a home style chicken wrap with a large fry and fruit punch. About 15 minutes later he comes back with the food. We set it on the table and he goes to divvy it out our food and in the process realizes there are three sandwiches and no wrap. I recognize the disappointed face and pray he’s kidding.
“What?” I pried.
“They didn’t give us the chicken wrap.”
“You’re kidding…” It wasn’t a question, but a demand. He had to be kidding.. Oh he had better be!
But when he revealed the last of what was in the bag I realized it indeed was NOT my chicken wrap. Not only that… They gave me a MEDIUM fry (and it was super cold and the fies were all soggy) when I wanted large, crisp, hot order! AND a LEMONADE instead of a fruit punch… Oh that was my husband’s fault. He thought I said lemonade.

I was fumed. I was craving a chicken wrap NOT a chicken sandwich, no matter how gourmet they make it out to be. My husband kept saying he was sorry. He offered to go back to yell at them but I told him not to… But I didn’t stop complaining. I couldn’t. I wanted to call and complain, but then I still would be mad the whole time eating that dang thing. I wanted my wrap and some WARM fries.
“I’m just going to go back there,” I told him.
“Alright, well tell them I was there a little bit ago…” I tuned out the rest of his response and was already out the door.

I was still mad when I got there. I had a hard time not having the most angry look on my face when I handed the guy at the counter over my bag. I explained what I had ordered a chicken wrap and got a chicken club. He gave me back my original bag and placed my new order. I asked for an additional large order of fries as politely as I could. Trust me, if it weren’t for the fear of having my wrap laced with saliva I would have really told him how I really felt.

I left feeling successful, I had my warm, large box of fries along with the chicken wrap I craved… With the chicken club I’d try too for kicks (it actually wasn’t that bad). But as I drove away, satisfied, I laughed to myself as I remembered similar situations with my family.

My mom, four kids in the car would try to order for everyone, heaven forbid they screw it up in that situation! After learning our lesson the hard way my mom would just sit in the drive-thru window checking the bags to make sure it was all right BEFORE driving off. Smart woman.

It was a dreadful situation the other night, but at least I wasn’t dealing with Happy Meals and not so happy kids.

Ugggghhh I hate that! That used to happen to me all the time when we lived in Provo. I swear fast food there is seriously screwed up. It should be called “slow, not-exactly-what-you-ordered-but-close-enough food”.

Yep I have learned my lesson. I check my bag before leaving the parking lot because there is just no way I am willing to go back after leaving with my son!

The other day, I went to Wendy’s with my mom and sister. Right after we got our food, my sister (who only has her temporary license) drove off and left without our waters. Did I mention that we had just finished working out at the gym, and I had been sweating so much I wouldn’t have been able to even save enough spit to wash that spicy chicken sandwich down!? Oh, it was horrible. And did we go back for our water? No, of course not; because my sister didn’t want to have to turn around on a busy road. I’m lucky I didn’t die.

We’re always checking our order before we leave. It seems everytime you tell a fast food resturant that you want a HAMBURGER kids meal with NO MILK they give you a cheeseburger kids meal with milk. Honestly I don’t remember being hard of hearing during school years. Well at least not at my job. How do you get cheeseburger with milk from hamburger and no milk? This is just another reason we need to stay away from fast food.

We always seem to have this problem at Wendy’s…what’s up with that? I’m glad, in the end, you got what you wanted and then some!

We always check our meals- something I learned from my mom too. Seems like in their hurry to get you food, they don’t care whose food it is or even if it’s right. Glad you got your chicken wrap!

Hi I am Jen! You entered my Spring Fling contest for a new blog makeover last week!! I am stopping by to let you know I am having another contest this week that includes another blog makeover as the prize! So head on over and check it out!! Maybe this time you’ll be the winner!!!

Good thing you could just run back over. Sounds so simple. We actually have delivery here for fast food, not Wendys, just McD’s and Taco Bell and Burger King. Anyway by the time it gets to hour house on the back of some guys scooter, obviously it’s not too tasty! Good in a pinch though.