My daughter came home toting a flier announcing Red Ribbon Week at her school. It’s one of those festive and exciting events she’s been eagerly awaiting since enrolling in kindergarten.

“…And there’s pajama day, and silly hair day!” she exclaimed to me months ago when I asked her why she was excited to start kinder.

Her 10-year-old aunt told her these were some of the highlights of elementary school. Wearing mismatched clothes or showing team spirit on certain days of the year.

Monday students were encouraged to wear red to be “REDy to say no to drugs,” get it? 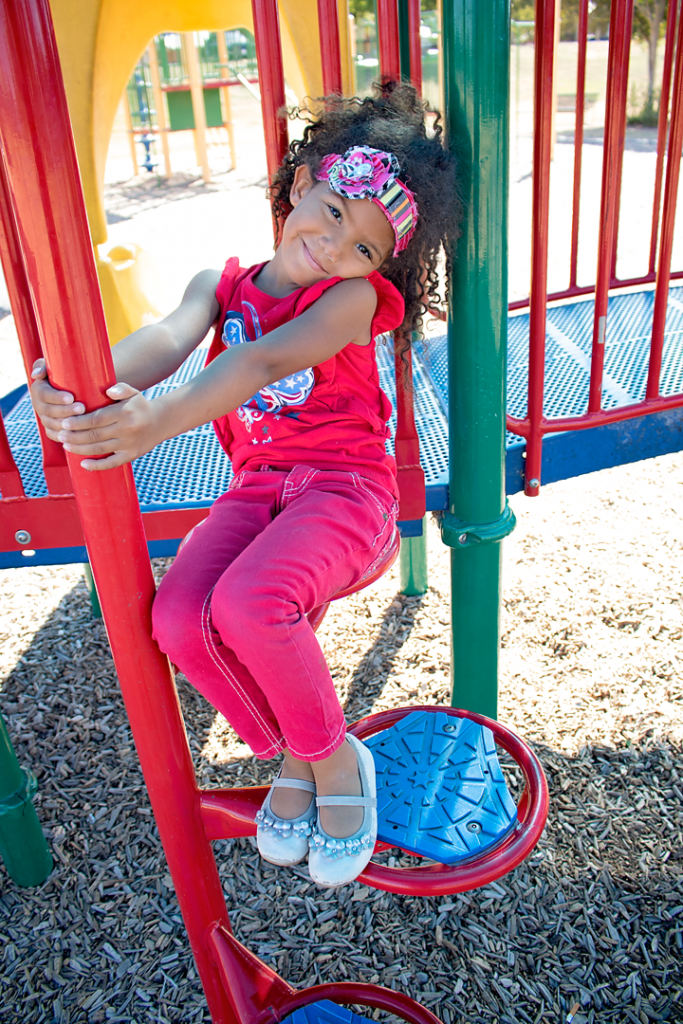 Today she wore her pajamas because students are “waking up drug free.” And so on through the remainder of the week.

As I drove my daughter to school yesterday morning I looked at her eager face in my rearview mirror. Dressed in red from head to toe I thought I hope my little girl never does drugs.

It seems crazy to even fathom when you’re considering a five year old, but I guess there’s a reason schools start these initiatives early. We should have these conversations early, right? Keep the lines of communication open. Ok, yea sure, something like that.

With this in mind I opened the can of worms.

“Do you know what Red Ribbon Week is about?” I asked her.

“Yes, that’s why you’re doing all of the different dress-up days this week. It’s about teaching people to say no to drugs.”

“What are drugs?” She asked me.

Oh dear, maybe this wasn’t a conversation for a five-minute drive to school.

“Well…” I started. “They’re bad. Well, there’s different kinds of drugs. But the kind we’re talking about here are bad. But sometimes kids think they’re cool or fun. But they really make you sick.” I was struggling. I clearly didn’t think this through.

“But why do they think they’re fun?” She asked. A logical question.

“I’m not sure, I’ve never tried them, but I think it makes them feel funny, and they think it’s good, but it’s not really good for them. Mommy said no to drugs.”

“And you want me to say no too?” She asked. Probably hoping this was the end of this strange conversation.

“Yes. Plus, it’s against the law.” I added, remembering that minor detail, and hoping maybe it would help drive the point home.

“What’s the law?” We were almost to school and this conversation wasn’t going quite like I had envisioned.

“The law are rules that are put into place. Like this red light. I shouldn’t run the red light because it’s the law. And you could get in trouble if you break the law.”

“Like when you didn’t come to a complete stop at that stop sign?” Oh, she remembered that police encounter from a few weeks ago.

“Yes, well, that was an accident, but yes, I shouldn’t have broken the law.”

We pulled into the drop off line right as the bell rang and she hurried off to class giving me a quick “I love you” smile and wave goodbye.

I sighed and laughed as I replayed our conversation in my head. How do you even talk to a 5-year-old about drugs? Did I fail miserably?

The more I think about it, and the more research I’ve done on the topic (which maybe would have been better served doing before bringing it up to her) I think I did ok by starting the conversation, but I should have been more clear about the difference between good and bad drugs, and explaining that when we use drugs the doctor gives to us when we’re sick, it’s ok.

October is National Medicine Abuse Awareness Month, which is abusing those good drugs, including even some over-the-counters would fall into. I’ll clear all that up soon.

I also probably could have picked a better time to start such a serious conversation. It may have been better to have over breakfast or dinner so she had more time to ask all of her questions.

That said, just having the conversation at all, establishing our values, and building up her self-esteem helps. I found this article about how to talk to a 5-year-old about drugs helpful.

According to StopMedicineAbuse.org, Teens who learn a lot about the risks of drugs from their parents are 50 percent less likely to use drugs. And according to RedRibbon.org, only a quarter of teens report having these conversations. 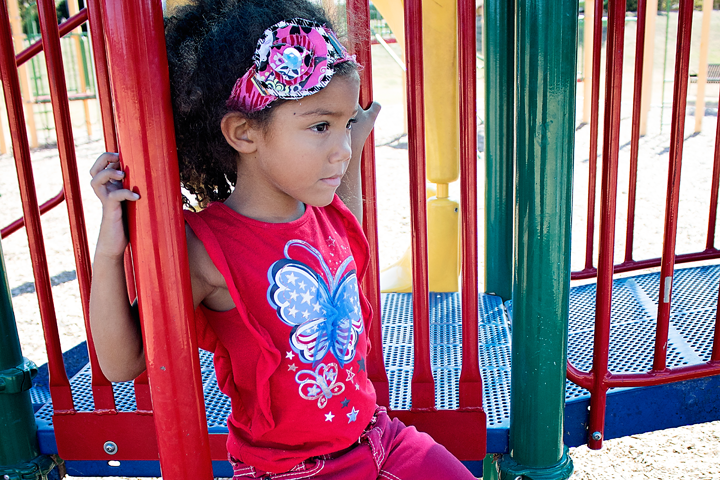 Ready for a few more depressing yet enlightening statistics?

Are you kidding me?

The internet is a huge source for teens curious about experimenting with drugs. Thankfully there are great campaigns out there like WhatisDXM.com that are intercepting these searches and giving kids better information. And there’s more information for parents too. Because goodness, we need all the help we can get navigating these waters.

So I’m feeling a little ahead of the game now. Don’t mistake that for confidence. More than ever I’m wanting to press the slow motion button on the growth of my kids. I’m not ready for these deep topics! But then again, maybe since we’re starting now, I’ll have lots and lots of practice by the time they’re teens.

How did you bring up the topic of drugs to your kids? Did your conversation go better than mine?

This story was sponsored by the CHPA’s educational foundation KnowYourOTCs program. As always, all opinions are my own

I think you seized the moment when you had this conversation – and I think that’s a good thing!

I’m also glad I’m not the only one that tries to have serious conversations that are unplanned!

You nailed it though. It’s good to be talking!!!

Look at any abstract and nuanced subject like you would teach a chemistry experiment. Use the baking soda-vinegar volcano experiment as a basis.

There are concrete things kids need to know up front. Baking soda is, for all intents and purposes, harmless. It is a mild cleaner/abrasive, we use it for baking, and it absorbs smells. All safe topics to discuss and teach without getting into the danger zone. Talk about cough syrup, cleaners, paint and glue. Explain their purposes and the lovely reasons we use them. No need to discuss huffing at this point. They just won’t get it and you might say something wrong that sticks in their heads.

Same with vinegar. Basic, safe discussions about why we use advil, why Grandpa takes blood pressure medicine, how bacitracin works. Those are deeper discussions but still safe. Go ahead and explain high blood pressure or what causes fevers. It is an excellent way to explain the good uses of drugs. You may use the word medication rather than drugs, but that is up to you. At some point, you’ll explain these are synonymous, but the drugs tends to have a pejorative connotation…just not now.

After that, during Red Ribbon Week, all you have to do is explain that people use these things inappropriately. If they ask deeper questions, just stick to the facts. Meds have a particular use. You wouldn’t use diabetes meds for a cancer patient. You wouldn’t put a cast on your head when you have a headache. Be silly while still explaining that people use things other than what they were intended.

That way, when the day comes when you have to have the really nuanced conversation (why is heroin bad and kills but marijuana isn’t and does not), you will have some foundation built that was both truthful and honest. I chose to never do drugs, but my hubby said no to nothing. I think endlessly on how we will have this nuanced conversation where we tell them to not do drugs, but daddy did and turned out fine (so why would we say no?). Yeah…trying my best to be prepared. Good luck.

I love it!!! Keep doing a great job at motherhood and keep sharing the stories..

You did awesome! Communication is awkward at times when we have to take adult topics and “pint size” them for our kiddos. Sad to think we even have to have this conversation with them at such a young age but the lines you open now are harder for them to forget later!

I think you rocked it! I think the key is just repetitiveness. The first time I had the “stranger danger” convo with my daughter I launched this tirade. I mean I just inundated the kid with info …at the end I asked her, “so what do you say to strangers if they talk to you?” She goes “hiiiiiiiiiii stranger!!!”

But a million conversations later she gets it. They say you have to give a dog a command like a thousand times before it gets it, I swear kids are 6000 times!

I love this, Jen. You are such a wonderful mama 🙂