Thanks Frozen: My daughter wants a sister

I was working at my computer while Lil’ J sat watching my iPad. It was bedtime but we were letting her stay up to say goodnight to grandpa who is visiting from out of town.

All of a sudden I hear whimpers behind me and I look over at my daughter who has tears streaming down her face.

“What’s wrong baby?” I didn’t know if a bug had bit her, something had scared her, or what.

She caught her breath and sobbed. 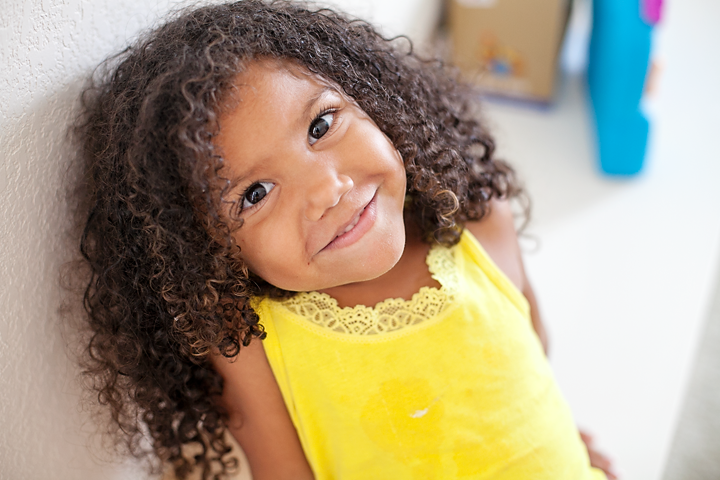 “What?” I expected about 12-thousand other things before that.

“But you have a brother.”

“No! I want a sister.” She continued to cry, completely inconsolable.

“Do you want a big sister or a little sister?” I was planning my move in my head, knowing how she’d likely answer.

“Ok, then a little baby sister,” she held out her hands about the size of a teddy bear to demonstrate just how small.

Just then I got an idea.

“You can pretend Aunt Kimmie is your sister,” I told her. Kimmie is only five years older than my daughter, that’s way closer than the 19 years apart we are as actual sisters. It’s close enough.

“NO!” She responded. Not pleased with my suggestion.

I didn’t really know what to say. I didn’t want to say no, but I couldn’t say yes. But I knew her dad could say no, so naturally I pulled the “ask your dad.”

But he wasn’t home, so at this point I gave her a hug and grabbed my phone because this was too funny not to record, and there was no real sign of her calming down.

In the background I notice music on the iPad and focused in on the song.

Angelina, the ballerina mouse was singing about her awesome sister, and this had sent my daughter into an emotional frenzy.

A similar situation happened after we had first seen Frozen. All the talk of sisters made my daughter realize that a brother just wasn’t the same.

“Does Angelina have a sister?” I asked Lil’ J.

“But does she have a brother?”

She thought about this for a moment then shook her head.

“See, she’d be sad cause she doesn’t have a brother like you, because brothers are cool too. How about we watch a show about brothers?” 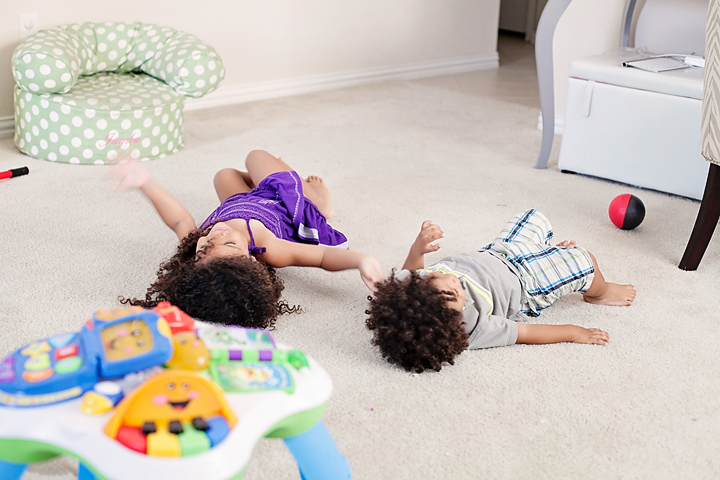 She paused before agreeing.

“Yea, ok, sure.” Anything to get her onto something else.

When her dad got home she told him she wanted a sister. When I asked her what he said she told me: “He said nothing.”

It’s been a few days since the incident, and I still begin to cringe every time she turns on Frozen or that Angelina Ballerina again. She has whined about wanting a sister again, but now she asks with a silly smile on her face, which tells me she knows she’s being hilarious, and maybe not so serious.

Hopefully someday she will look back at this and laugh (she already does) and not wish we had given into her request.

It’s not like her pleas would change our plans anyway. I’m 98% sure we’re two and through. Images of my kids as babies gives my uterus a little nudge, but not enough to want to start all over. Especially knowing in a few years they’ll be running away from me into the street or begging me for another sibling.

Wow my little one is not big enough to do that yet! But it seems like you handled it well.
http://www.fashionablyspeakn.com/2014/09/meet-cast-evening-w.html

Haha, I tried my best. She wasn’t havin’ it though.

wow, she was so serious, poor baby. I went through the same thing with my son.

Did he want a brother? How did the story end?

I’ve always wanted two girls because I only have sisters. I do have my two girls and really enjoy their relationship and our relationship. However, if I couldn’t have both girls, I had hoped to have the girl first then the boy. My cousins that have a big sister and little brother all have an extremely great relationships compared to the other way around. I know I’m overthinking it, but it’s just how I see it. Your daughter and son will have a wonderful relationship as they grow, I guarantee that. She’s just going through a little 4 year old phase, so I wouldn’t take her seriously.

Thanks Mary! I’m really hoping they grow up to be close. They are my perfect little pair 🙂

This is a super cute 'Kids say the cutest things!' I have shared Coming by from Austin Bloggers on FB. Lots of love Lisa

So cute and funny. She was so serious too..tears and all. So sweet. I have a 2 year old son and a 3 month old little girl and I think I’m done. My hubby on the other hand wants a village but we’ll see about that. Ha :). My son loooves his “baby sister” (as he calls her) and it’s really cute to see them interact. I read somewhere that one of the best gifts you can give to your kids is a sibling. I guess that’s true in some cases but not all. LOL.

This was funny in the cutest way possible. Girlfriend was really upset about this! I’ll admit I wasn’t expecting what was on the video as I was reading. There are times where I wish I had a sister but my brother is a whole lot of awesome sauce and I wouldn’t change that for anything!

So happy to hear you and your brother are satisfied with each other, I hope it ends up the same for these two 🙂

Everytime I watch a video of yours, I always expect you to have an accent…but then you do not….when you talk you sound a lot like me, my husband literally ask me "are you watching something? Or is that you?" Funny…I had to tell you.

That’s so funny. What kind of accent? Like country? I’m so curious. hehe.