I taught my great-grandpa how to Skype

The night before last I was texting with a friend, and we were talking about our families. She mentioned her great-parents who died several years ago, and how she wishes she had spent more time talking to them.

I immediately called my 95-year-old great-grandfather to see what he was up to. I worried I’d be waking him since it was an hour later in New York, but he was wide awake and thrilled to talk to me, as if he had been waiting for me to call all evening. 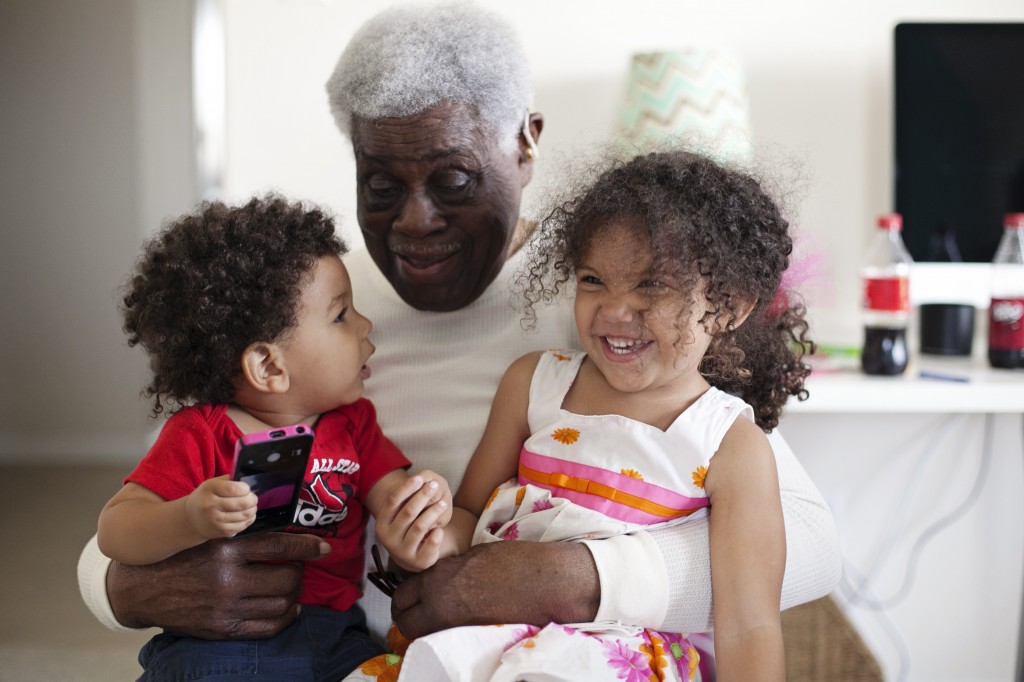 My mom and grandmother told me he recently got an iPad and was excited to use it. I walked him through step-by-step logging into Skype and answering my call. The first time he couldn’t find the video button so he could see me but I could only hear him. I tried to draw pictures of what the video button looked like so he could locate it and turn on his camera, but instead he accidently hit the mute button and was unable to turn it off.

I called him back and he was able to locate the video button that time. We laughed at his success and talked for over an hour. I was on a mission. I wanted to ask him about his past, what was it like living during the civil rights movement? What was his part? Where did our family move from before New York? What does he want me to know about his life, and what does he his posterity to know about him? 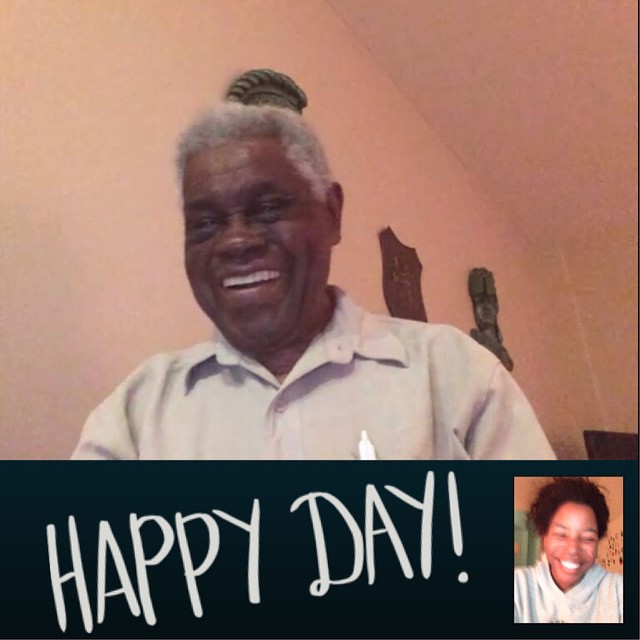 He was traveling from New York to close a deal on the sale of a home in Alabama. Before boarding his flight home they told him to stand by. He didn’t understand why and when he tried to question them they again, just told him to wait. After awhile he realized they were trying to arrange the seating so that he wouldn’t have to sit next to any whites.

I didn’t get a chance to ask him what he thinks about the progress we’ve made, or more about his career in the military where he tells me he was one of the only blacks in his position for decades. There’s so much more I want to ask him, so much I have to ask him. I have a wealth of information about my family just a phone call and few taps of the iPad away.

I’ve already interviewed him on tape and camera several times, and there’s still so much more to know. He’ll be 96 next month, and I hope to talk to him as often as I can going forward. My great-grandpa told me about the archives he’s keeping with stories of his life, pictures, and newspaper clippings. It’s one thing to read them, but I want to hear as much as I can from his own mouth while I have the chance. And I want my kids to have the chance too. 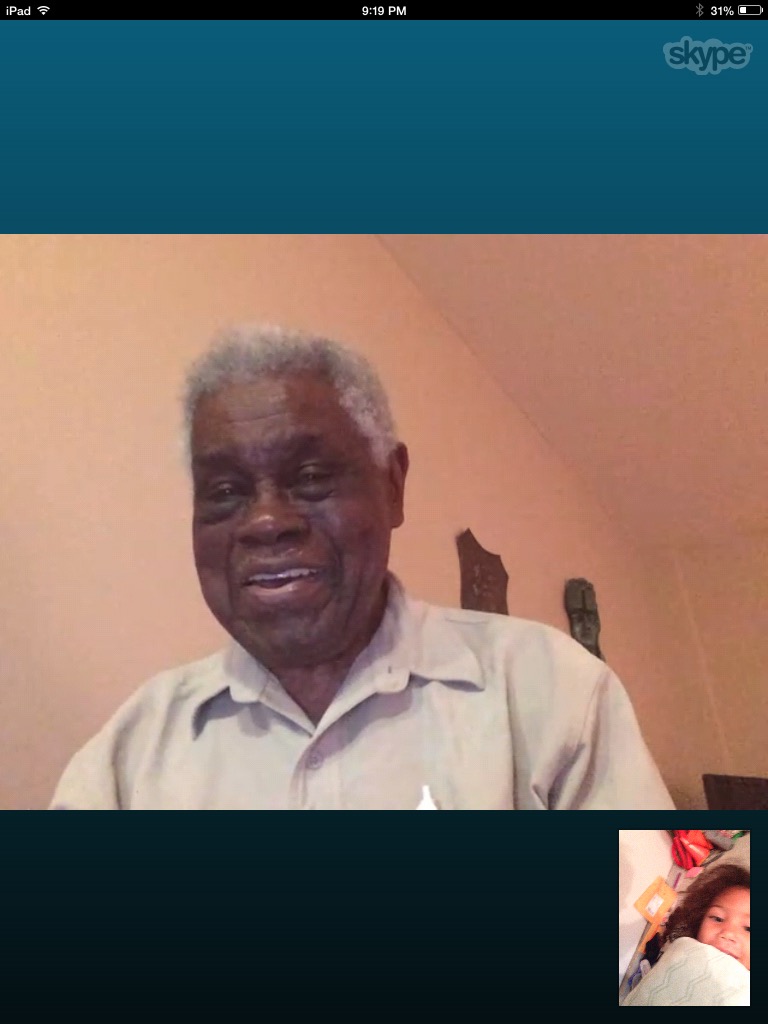 Lil’ J was still awake when we finally got Skype to work both ways and she said hi to her great-great-grandpa Griffin, who she recognized instantly. I want her to remember him her whole life. So when I tell her and her brother stories of Martin Luther King Jr., and read works by Langston Hughes, and other people who played a part in our history, they will know our family was a piece of the puzzle.

I may have taught my great-grandfather, how to talk to be face-to-face using a tablet, but he’s taught me so much more. I may have given him the gift of Skyping, but he’s given me a way to build stronger roots within my family. I’m excited for more #SkyingWithGrandpa.

How so very blessed you are to have your great-grandfather to talk to! My grandma turns 89 next week and she is all over technology, but we haven’t tried to Skype. Maybe we should! She has a Facebook account, emails, etc. I am sure she can handle it.

Thank you for sharing the details of your conversation. Your children will be so proud to have been such an important part of history.

If she can handle Facebook she can definitely handle Skype! Let me know how it goes! It makes me wonder how many things will change by the time I’m in my 90s. Maybe we’ll be able to time travel, or at least teleport by then 😉

I am calling both of my grandmas (no grandpas alive anymore) this weekend and might even drop by for a visit with one of them! I don’t have any greats left but I can definitely appreciate the grand ones 🙂
Thanks for sharing!

Oh yes! let me know how it goes! I know I didn’t cherish this enough when I was younger. So thankful I still have the chance right now.

I love that!!!!
Jennifer that was so beautiful I love him!
My grandma is 91 has early Alzheimer’s but recalls a few things and always has me laughing.
I especially love her reactions to the pictures and videos of herself on my IPhone. When you tell her that it’s her on the screen she is stunned lol. Great memories indeed.

Her reaction to herself on video sounds awesome. I love grandparents 🙂