Splitting Up Together: A Hilarious Romantic Comedy in TV Form

While in Los Angeles we screened four new ABC shows and I really liked two of them. One of those was “Splitting Up Together.”

I’d describe it as a romantic comedy in TV form. Which basically means it’ll probably wind up being one of my favorites. We watched three episodes and I was pretty invested in these characters and their fictional lives. 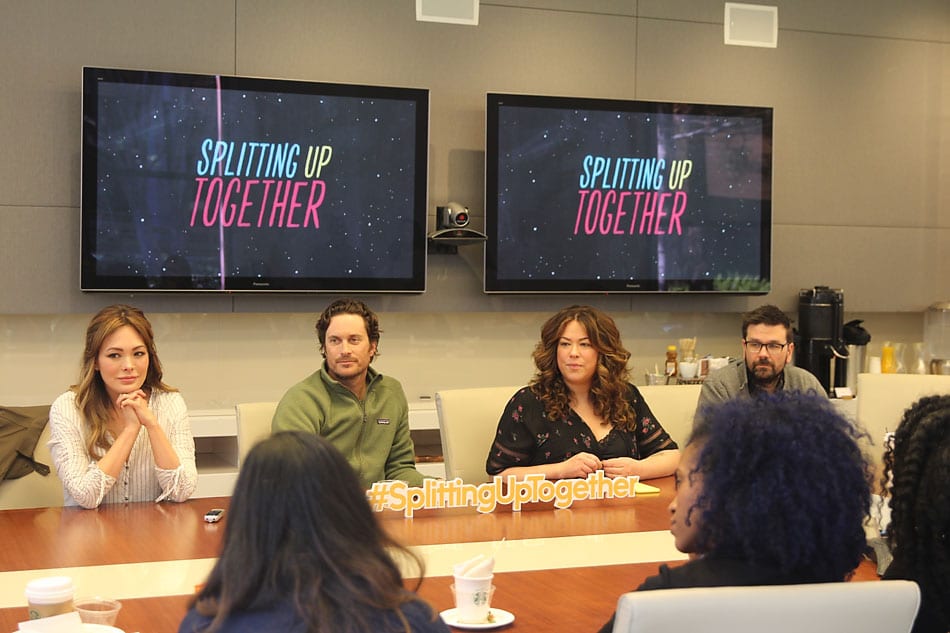 I asked one of the creators and two of the stars specifically about the character of the older son. He seems to break out of the mold that we typically see in youth TV teens that are a pain in the butt. Van Crosby plays Mason, and is one of the sweetest teen boy characters on TV. But the cast said all of the kids are wonderful.

“The kids were amazing,” Oliver Hudson, who plays Martin said. “The bigger ones were professional and they were just spot on. Sander, who is an amazing little actor, he’s a kid. He’s seven. So, I had to parent 24 hours a day, because I was on set working with the kids and I sorta took to him and I became, you know his wrangler. And then, of course, I’d go home and have to deal with my own children. It was nonstop. But they were great. Sander he’s such a sweet boy. He is a very sweet boy, but he’s eight years old. Sometimes I’d have to take him aside and be like, okay, bud, let’s get it together now.”

The cast also spoke about how they tried to treat the topic of divorce on the show.

“I think we felt like a lot of people seem to identify with the world and the characters whether they were going through a divorce or not,” creator Emily Kapnek said. “I think the main goal is just to tell a story about divorce that isn’t toxic and negative that has a little bit of hope and a little bit of optimism. I know a lot of couples that have good relationships, even if they didn’t reconcile, just good relationships with their exes and they’re co-parenting happily, and I just don’t think you see a lot of that represented.”

Here’s more on Splitting Up Together!

Based on the Danish series, “Splitting Up Together” is the story of a couple (Jenna Fischer, “The Office,” and Oliver Hudson, “Scream Queens”) whose marriage is reignited by their divorce. Emily Kapnek (“Suburgatory”) writes and serves as executive producer of this new comedy, along with Ellen DeGeneres. 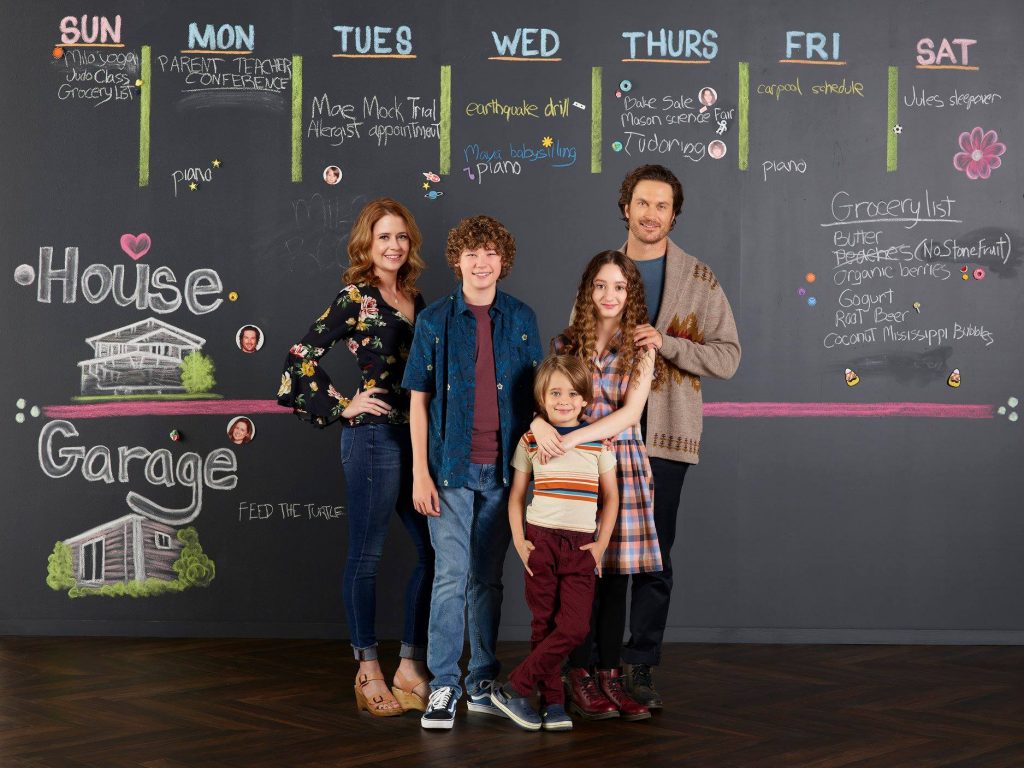 Jeff Kleeman, Mette Heeno, Mie Andreasen and Hella Joof are also executive producers of SPLITTING UP TOGETHER, which is based on the original series created by Heeno. It is produced by A Very Good Production and Piece of Pie Productions in association with Warner Bros. Television. Dean Holland directed the pilot.


For more of the scoop about what went on in this interview check out #SplittingUpTogether, #ABCTVEvent and #WrinkleinTimeEvent on Twitter.  Splitting Up Together premiers Tuesday March 27th on ABC at 9:30/8:30C
Tweet16
Share
Pin
Share
16 Shares

Tags: ABCtvEvent, splitting up together