Spirit Untamed Review: Is It Worth Seeing In Theaters?

With an influx of movies with familiar titles making a comeback, I’m not surprised to see a version of Spirit on the list. But we can’t help but wonder if Spirit Untamed, DreamWorks Animation’s latest feature is for the parents who loved Spirit: Stallion of Cimarron, our children who prefer the TV show, or both? Have you already seen it before when it was called Spirit Riding Free?

It’s only going to be available in theaters starting this Friday June 4th so if you’re spoiled with watching movies from the comfort of your own home and wondering if this movie is worth venturing out for, this spoiler-review of Spirit Untamed will help you decide.

If you are a fan of the original movie you may be disappointed to see that this has little to nothing to do with that movie (it’s actually not the same horse but I’ve read this is Spirit’s son, also named Spirit). Set in the frontier lands, the movie is more focused on the human characters than on Spirit. This sequel still brought out a few audible laughs from all three of my kids.

It’s a cute movie for families, particularly younger kids and fans of the show. Actually the whole movie seemed to be a stretched out, slightly-altered version of a few episodes of the Netflix show.

While the animation got a facelift, and the diversity of the cast was appreciated, the soundtrack wasn’t memorable, and the storytelling was basic. However, my kids enjoyed it. It has just enough action and adventure, and a strong  positive message of friendship, family, and determination that make for great conversations after watching.

If you have fans who love the characters from the Netflix show, this movie will probably be a win in their book.

Compared to the original

Where the first movie was from Spirits perspective, this one focuses on three new (if you haven’t seen the show) girls who meet Spirit who is wild and untamed. My animal-loving son who enjoyed the original movie still loved Spirit Untamed because of the higher animation quality. Though he has a very vocal aversion to “princesses” at the moment he never mentioned disliking the fact that the three main characters are girls. There is a nod to the original with the flying eagle that was following Spirit through the film.

Positive messages- story of friendship, never give up, determination, follow your heart

Though based on the time period we are suspending belief a bit, I loved how we get to see the main character Lucky, along with her friends Pru, and Abigail all from different racial backgrounds. My kids are all inspired to give horseback riding a try and I think representation (not only racially, but age-wise) helps (but doesn’t help my wallet).

What did you think of Spirit Untamed?

J: I thought it was really good. And I felt like it had a really cool backstory leading up to the TV show.

T: I liked it almost as much as How to Train Your Dragon.

J: I really liked that the girl falls in love with horses.

T: Because of the fighting and the trains.

Did you think it was funny?

J: Yes. There were some funny conversations.

Would you recommend Spirit Untamed to your friends?

J: No. Because I feel like it’s too kiddy for them. For some friends. I would recommend it to other friends.

What lesson did you learn?

J: To never give up.

T: To let them go with their family. And to not be mean. And to go kayaking instead of swimming.

How would you compare this to the first movie?

J: I think this one is better.

(Ty hasn’t watched the first one yet).

J: People who like horses. And kids between 5 and up. Well, anyone can watch it. But 5-9 may like it most. It felt a little kiddy. But I liked it.

T: I don’t have as many friends. But my friends would like it.

Did you think Spirit Untamed was scary?

J: Who would think that?

J: In a month or when it comes out at home. (Mom edit: It may be a few months)

How would you rank it compared to other movies?

J: I liked How to Train Your Dragon more

J: I liked when she first saw Spirit on the Train. Or when they ride to the mountain.

T: I liked when they were on their mission.

Is it worth going to theaters to see?

J: Yes, definitely recommend it. Especially for girls 6-9 to go to the movie theater and see.

What would you rank it out of 5?

Is Spirit Untamed worth seeing in theaters?

So is Spirit Untamed worth a family night out? For young horse fans and kids who are big fans of the show, this movie will be a hit. For parents, though it may not be a movie you want to sit through more than once, the movie is cute, and more than tolerable. I even found myself chuckling a couple of times. Overall, since my kids were happy, I was happy. I was surprised that my son seemed to enjoy it the most, though the movie seems to be marketed more towards young girls. I guess his love of animals overrules all else. Jayda, my oldest (she’ll be 11 this summer) felt it was a little young for her, but she still enjoyed it. It’s not going on any of her favorite lists, but she said she’d watch it again (with her little sister).

So what do you think? Will you be seeing Spirit Untamed in theaters? If you do, be sure to let us know what you think!

Also, if you’re a fan of the show or the movie check out these Spirit Untamed toys by Mattel. They’re some of Lee Lee’s new favorites. 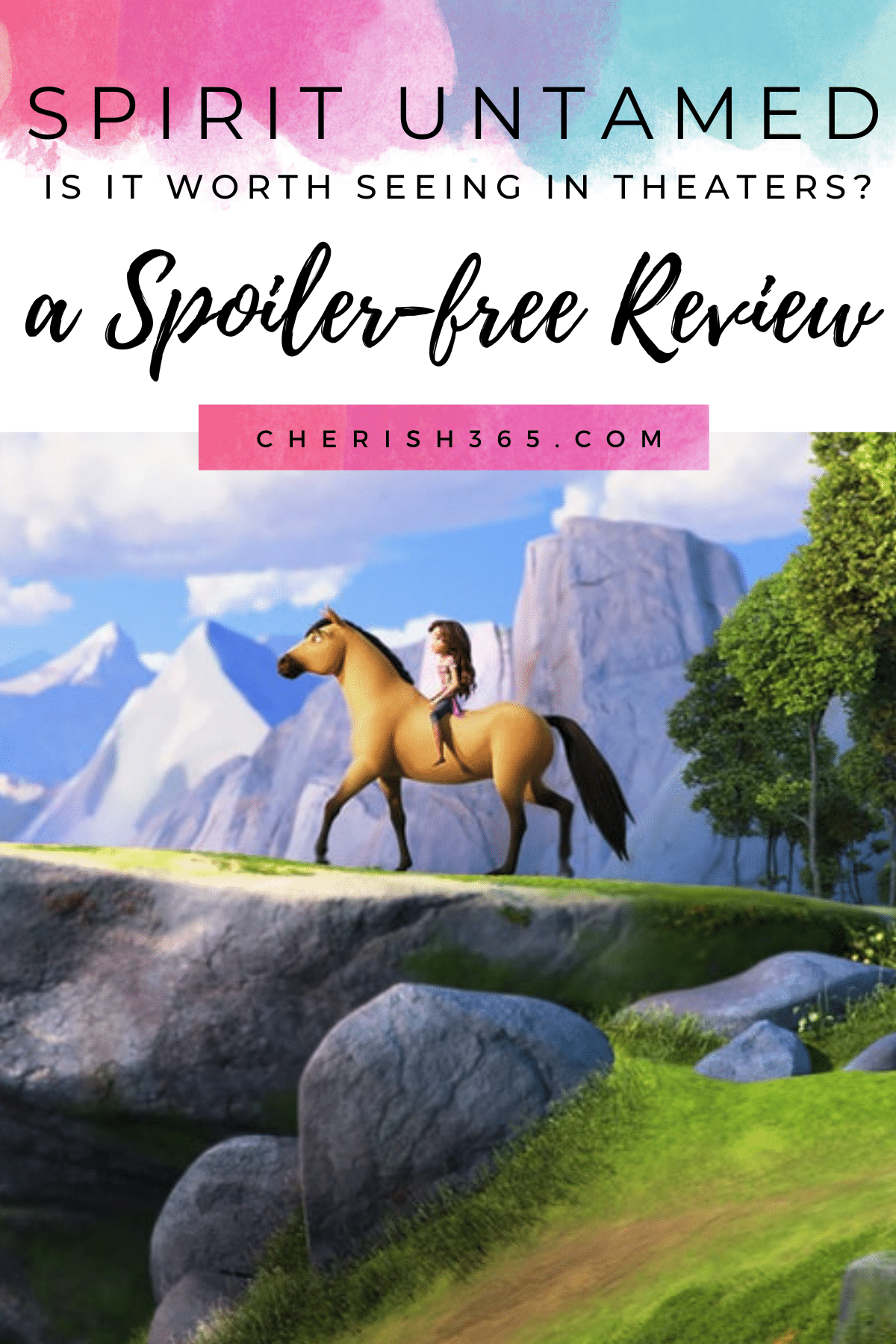