So my son has a soft side

Out of nowhere a week or two ago I noticed my son walking around with one of Lil’ J’s stuffed animals. An ugly orange cat she got as a part of her birthday party package a couple of years ago. She has hoards of stuffed animals on her bed, so she wasn’t missing one less. 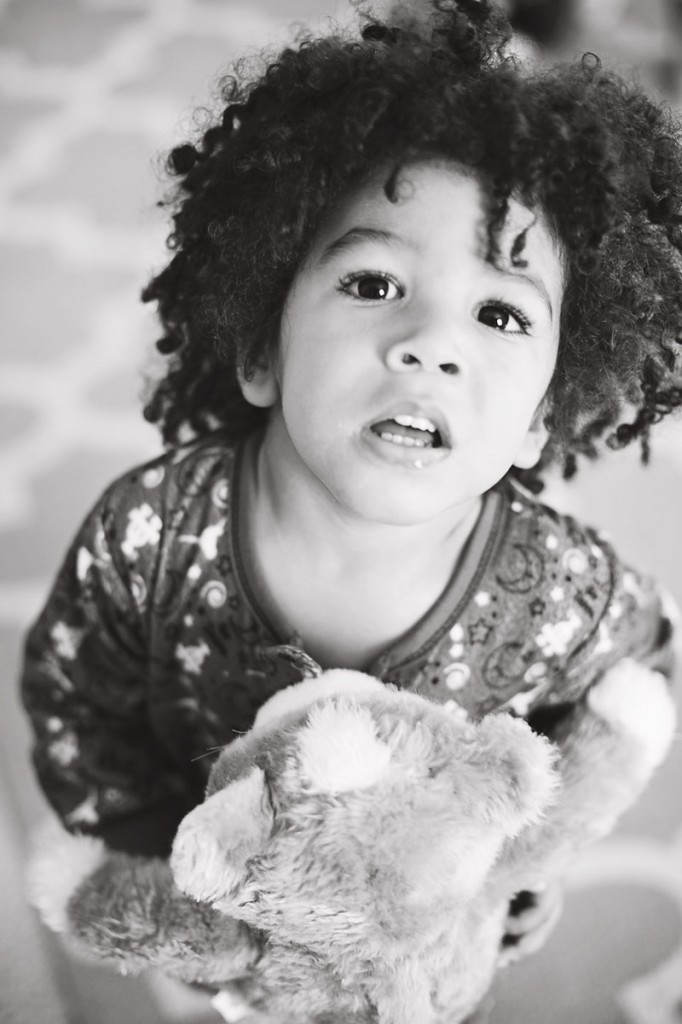 I first noticed my son was growing attached when he carried it with him while we were getting in the car, as if he wanted to bring it along. I thought it was one of the sweetest, most endearing things I’d seen him do, so I let him hang on to his friend.

He’s never seemed attached to anything enough to walk around with it. Even my extremely sensitive and affectionate daughter has never carried around a lovie of any kind, at least nothing consistently. 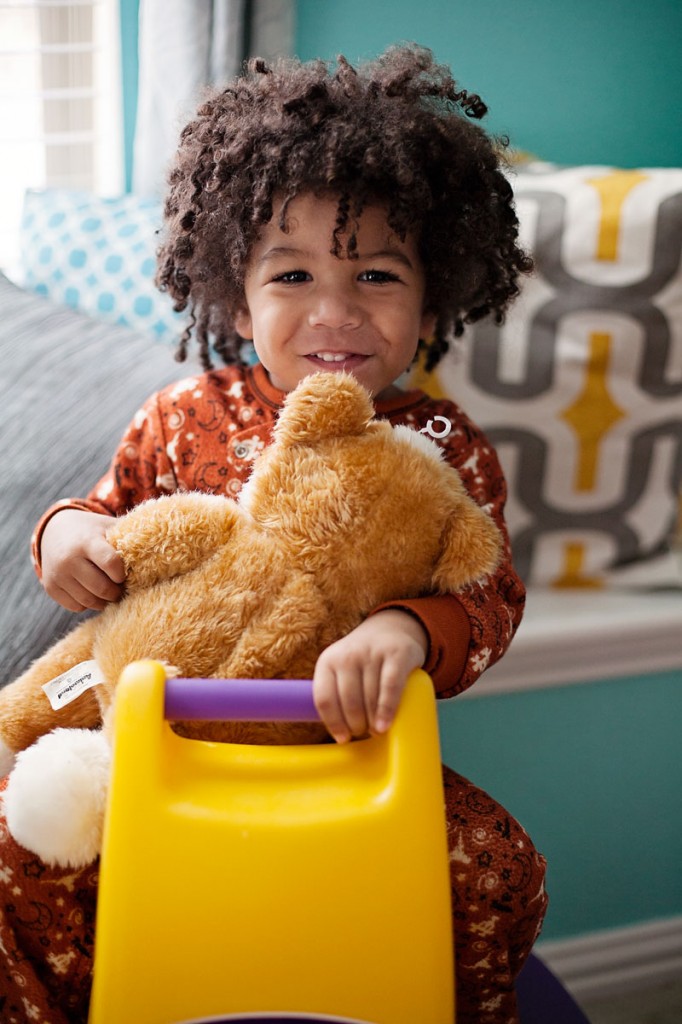 There was one day where he must have wanted a stuffed animal and I guess couldn’t find his usual, so he grabbed one of Lil’ J’s My Little Pony toys from Build a Bear and brought her along.

“Cat” is the simple name we’ve gone with for now. He hasn’t gotten to where he’ll ask for it if he doesn’t have him for a nap or something, but if he’s nearby he definitely prefers to sleep with him, and it seems to help him nap longer. 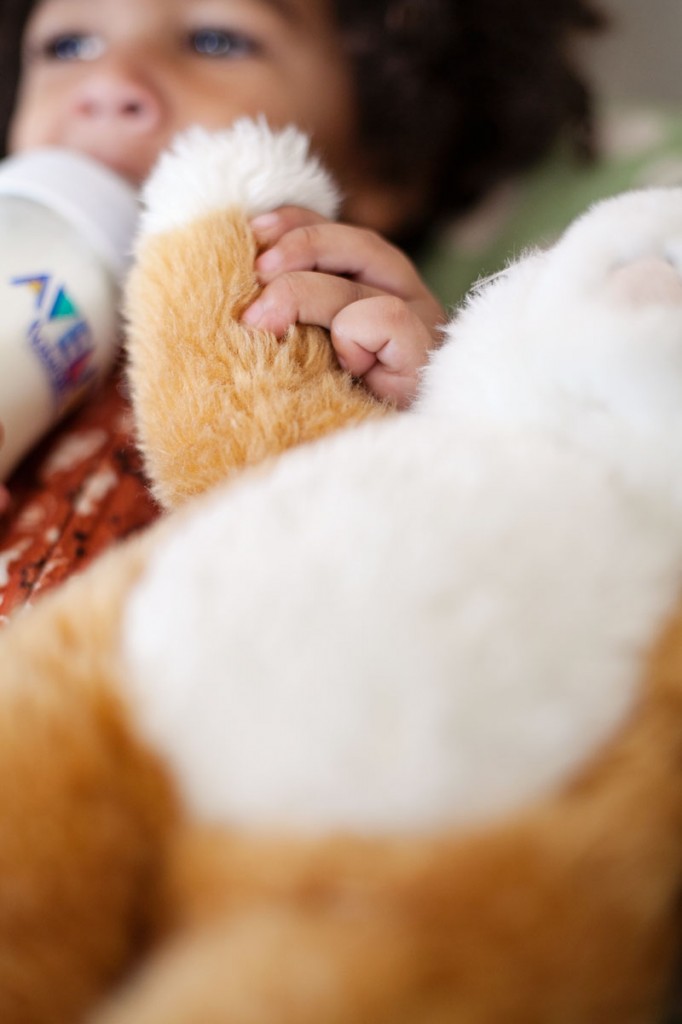 Big T, my little boy who loves to send cars, trains and random toys flying down his roller coaster track; My son who would rather use a doll as a bat than a person; My son who is terrified of singing baby dolls with eyes that open and close, now loves a little stuffed animal of his own.

“Oh, he can have it,” my sweet 4-year-old daughter said when she realized how much her brother loved Cat.

I’ll admit I do grab it if he’s seem to forgotten about his fluffy friend. He’ll always smile and give him a welcoming hug. 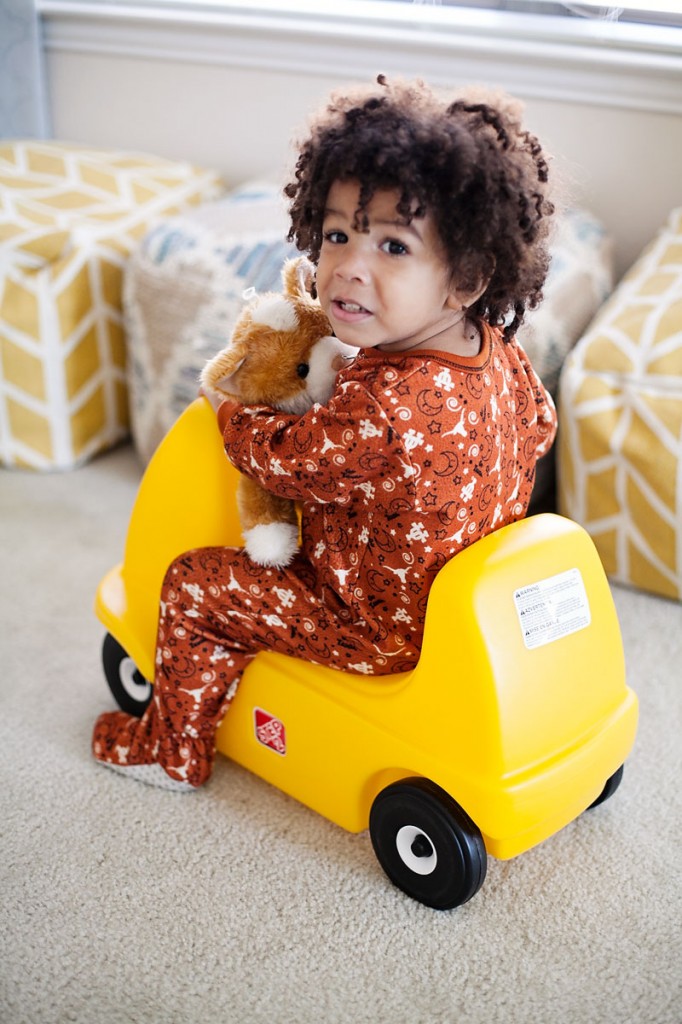 The funny thing is he’s had other stuffed animals in his bed for months, but I guess he just didn’t find them as cuddly. His giraffes, bears and Mickey Mouse he can live without, or toss them out of his bed, but this guy, at least for now, seems to be here to stay.

Do any of your kids have an attachment to a stuffed animal or toy?

I love this story, and the pics. Our twins haven’t gotten attached to any stuffed animals yet, but they do like the animated Elmo doll they have.

That’s so sweet!
My 8 year old boy still sleeps with his lovie, an elephant named Elephant, that he got when he was a year. The poor thing is beat up and has had 3 new bodies in the last 7 years but I guess he’s squishy in the right way. My almost 3 year old girl hasn’t picked anything for a lovie but lately she’s been carrying around my old panda bear from when I was a child. So who knows?

Awh love this share! My daughter will be 20 years old in April and still sleeps with her fav stuffed animals. Her bestie is Chrissy a stuffed rabbit she has had since about age 2. She goes to every sleepover with Chrissy! I guess some childhood memories and things never get old.

awe– that reminds me of my and my sister. we were good at sharing–sometimes. I think that’s adorable.

I love this. My littlest is 4, and he has never really had much interest in lovies or stuffed animals, since apparently, mommy is his comfort buddy. He is what we call a “skintagger” at our house. He insists on sitting as close as possible to you, then stealthily (or not so stealthily) shoving his hand up your sleeve so he can tickle the soft skin on the back of your arm. It doesn’t matter if you are wearing a tshirt, or a longsleeved shirt, he will try to find a way. He even did this to my daughter’s boyfriend last week, and the poor guy was all “uh, mrs. Shaw? What’s he doing?” And I just told him it meant he was truly a part of the family if he was on the receiving end of skintagging. Lol. The absolute best part of it is when you turn to look at him and he hits you with his 1000 watt grin, and he says “I just love you, mom.”
His oldest brother was a skintagger too, and I am actually sad for the day that will come when I realize little dude hasn’t done it in a long time. It was bittersweet with the older one, and it’ll be even worse with this one, since he’s our last. (Sniff!)
I have to add, the pictures of your son are just so stinking cute. He is a gorgeous little man. Both your kids are adorable, and shine with the love you and your husband shower on them!

My son is obsessed with his Thomas trains. They’re the first things he grabs in the mornings and he has the death grip on them when I rock him to sleep at night. Thomas has been everywhere with us- the bathroom, Target, park, school, etc. I think it’s cute that he has a comfort toy. And it’s come handy during meltdowns!

How sweet of J to let T have Cat. She’s such an awesome big sister!

My 18 year old still has her blankie. Most times it’s stored away in her former toybox. Occasionally, it makes an appearance. It’s tattered and worn, but it sure helped her through “scary” nights with its magical powers.