Sleeping Beauty at Her Disneyland Castle: My Little Princess

A few weeks ago my newly 5-year-old daughter and I set out on a mommy-daughter trip to Disneyland Resort. We were invited to continue our My Little Princess series there, and what an honor! This wasn’t our first trip alone with just the two of us (though we hadn’t done one since her brother was born), but I’m betting it’s the first one she’ll remember.

One thing I love about this age is how everything is so real and magical. My daughter has a hard time differentiating between the characters she hears about in fairy tales, and real life people. To her they are one in the same. Even the bag guys. Which sometimes makes bedtime difficult.

I don’t discourage her sense of imagination. I love how excited she gets dreaming about real princesses, magical powers, and flying horses.

Some day–Probably very soon, she’ll grow out of it. Princesses will no longer be as exciting as they once were. Dress-up will be something for “babies” and magic will just be pretend.

I just hope that books will continue to be a fun escape, and that her imagination will still flourish.

For now I’m soaking this all in. I love this age. And I love my little princess. 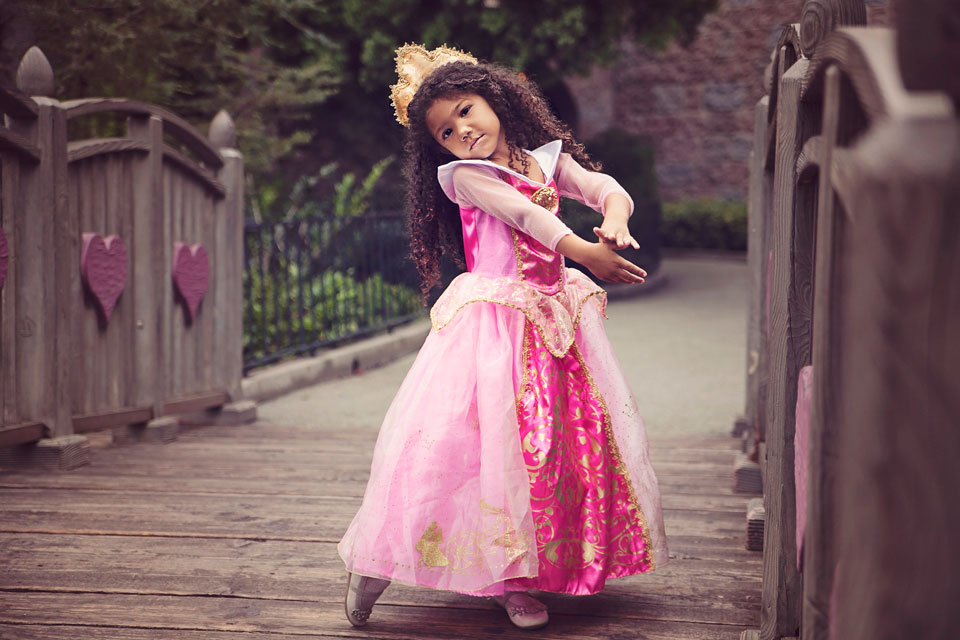 We arrived at Disneyland Resort just minutes after rope drop. We were a little tired, very excited but ready to get to business. Lil’ J wanted me to get into character as her “Royal Photographer” she calls Dumblebush. She was a little shy with the small audience, but if you asked me she still pulled off a beautiful Princess Aurora in front of her castle, and near Snow White’s Wishing Well. Here’s the dress she’s wearing. And here’s a Sleeping Beauty tutu dress tutorial to make a similar one yourself! 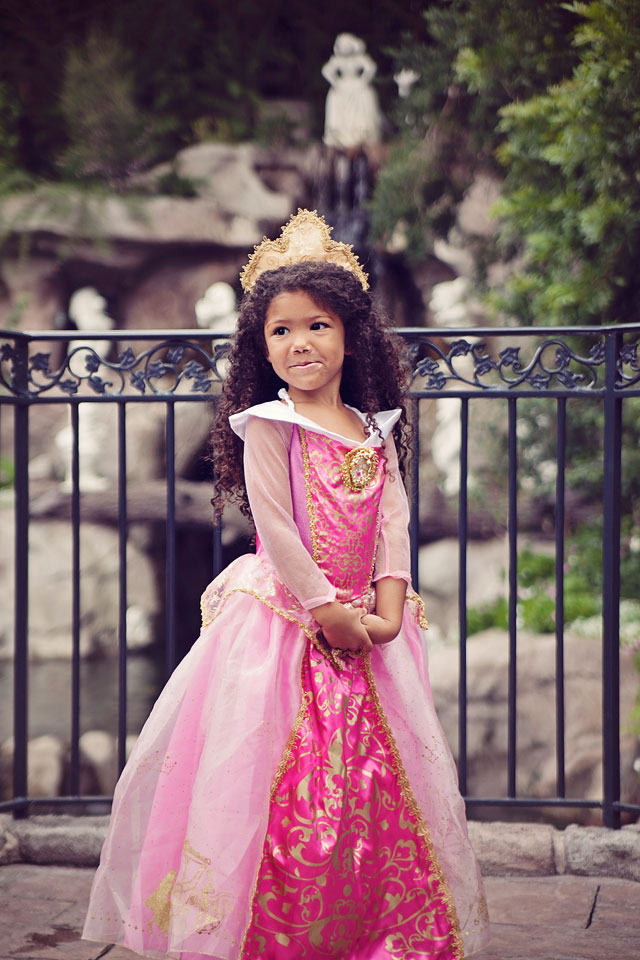 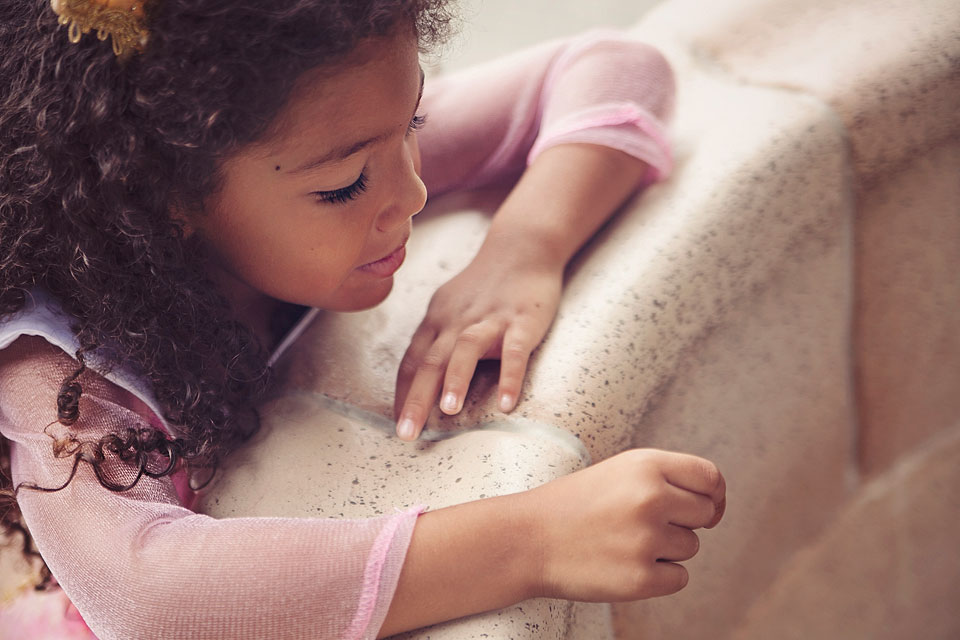 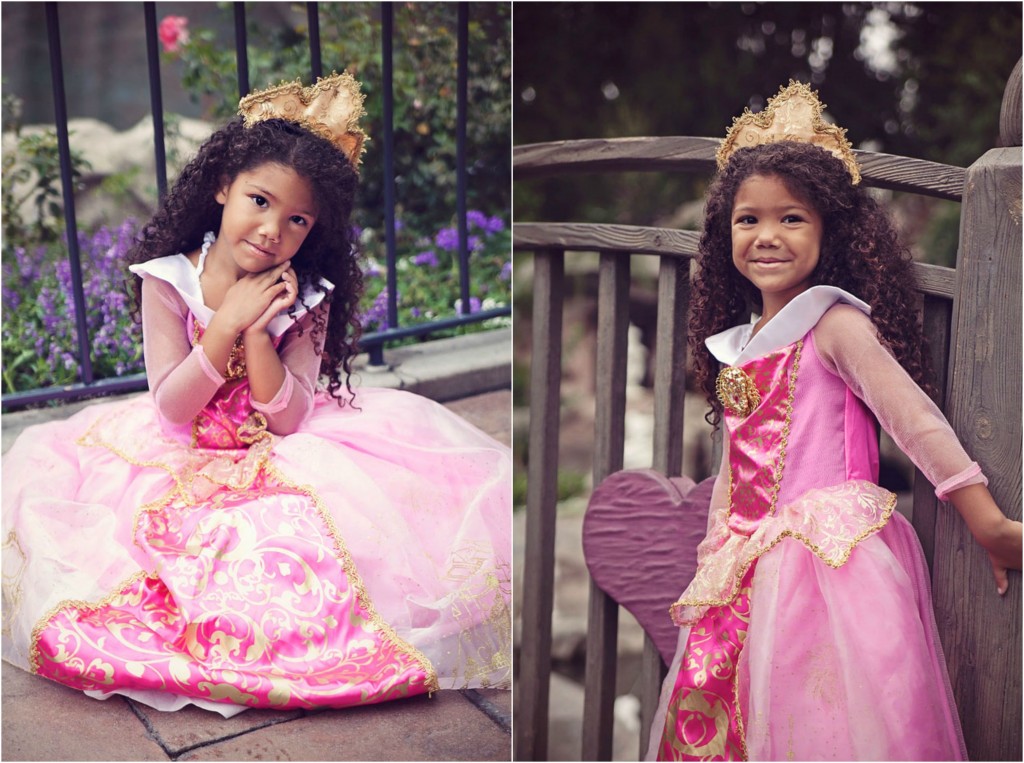 We went to Utah just a week later and we took a few more pictures on a beautiful trail, where she was able to act like Aurora under the sleeping spell. 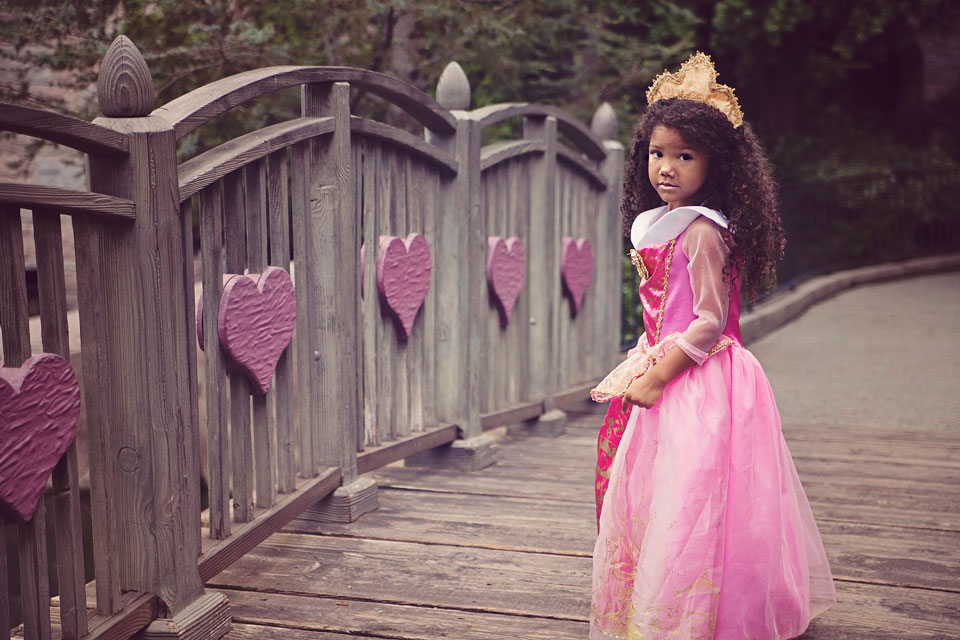 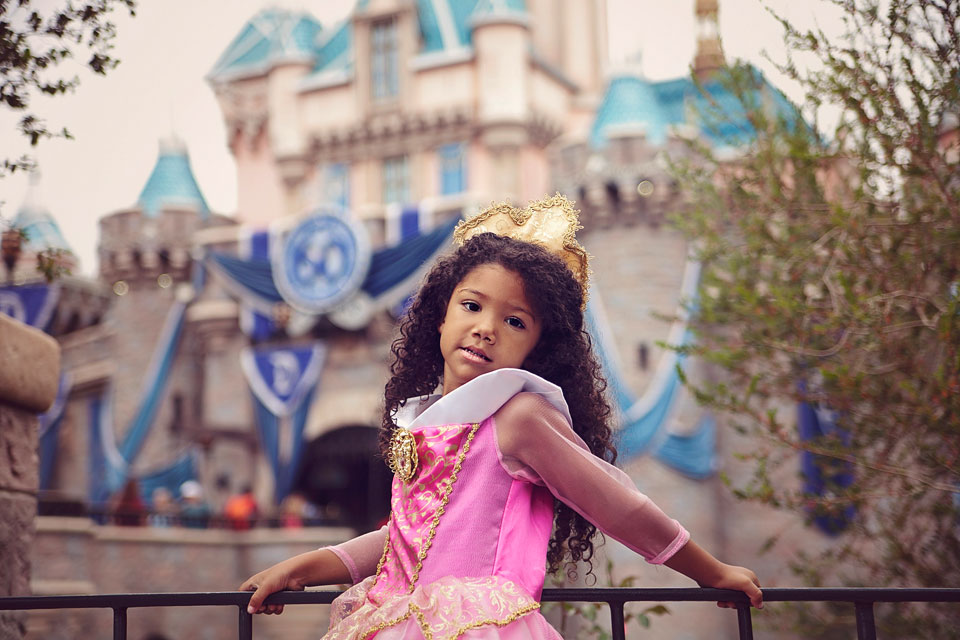 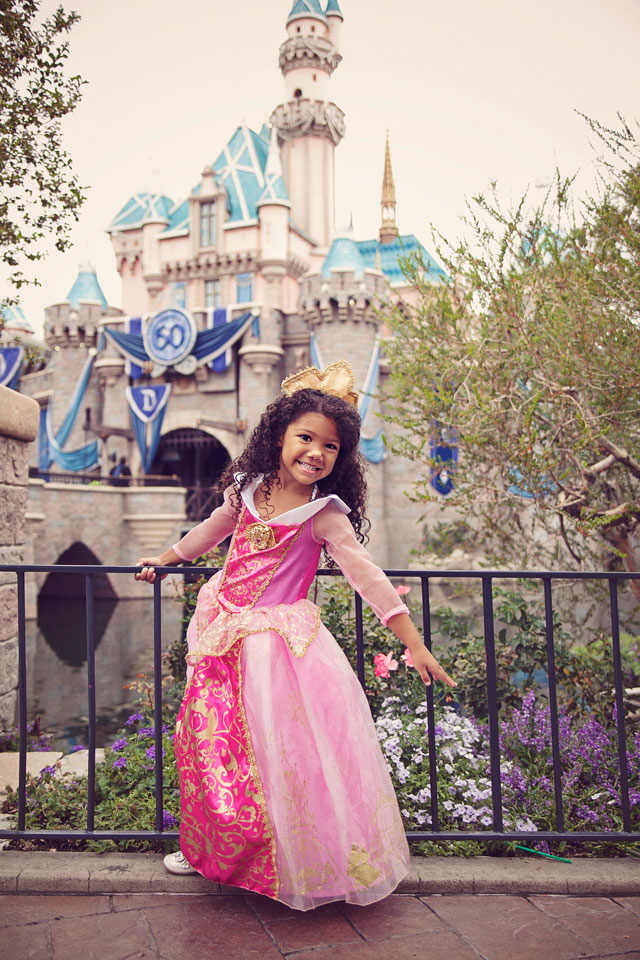 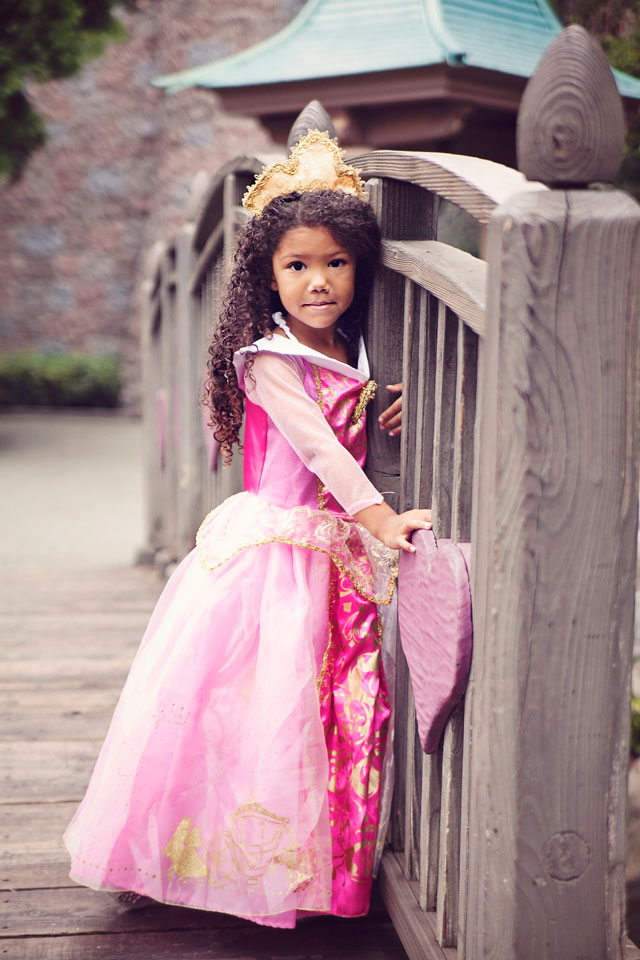 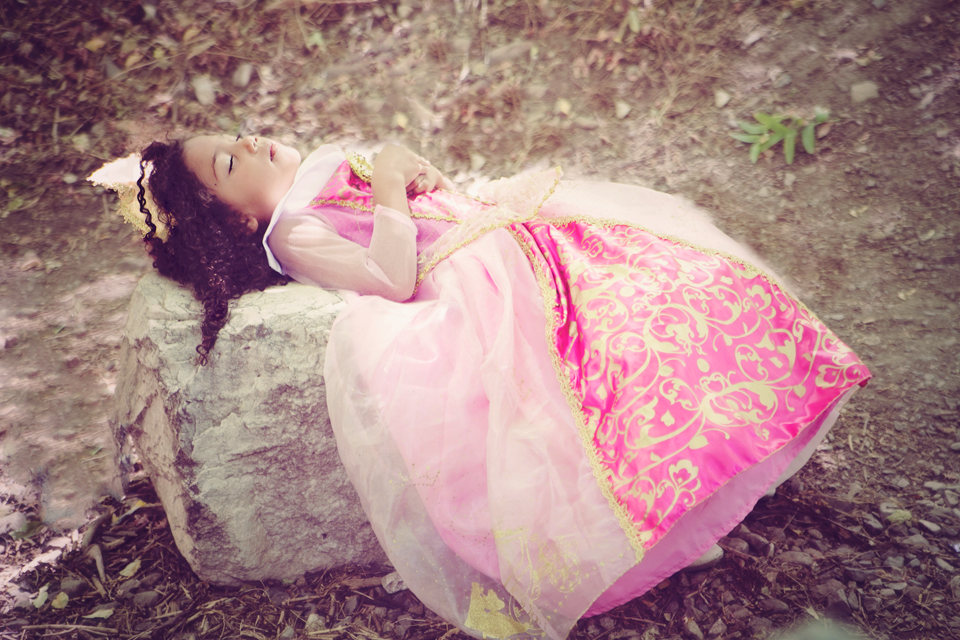 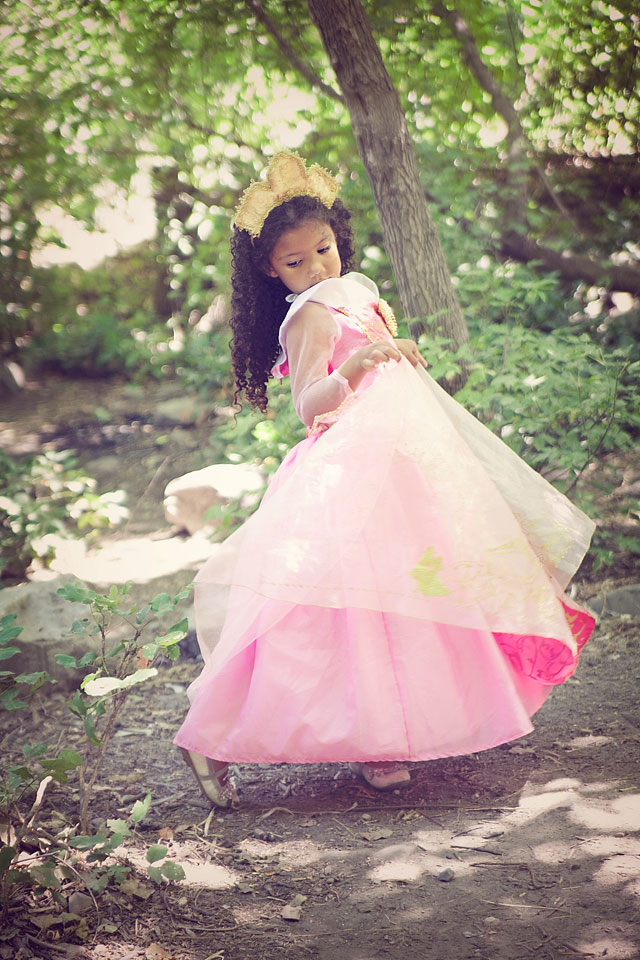 Another guest stopped her while we walked around the park and asked her for her Autograph. She felt honored. And later that day she got to meet the real Sleeping Beauty and asked her if she liked to take naps. I couldn’t remember what she said but Lil’ J just told me she said “Well OF COURSE I do!” Such magical memories! And don’t they look so much alike? 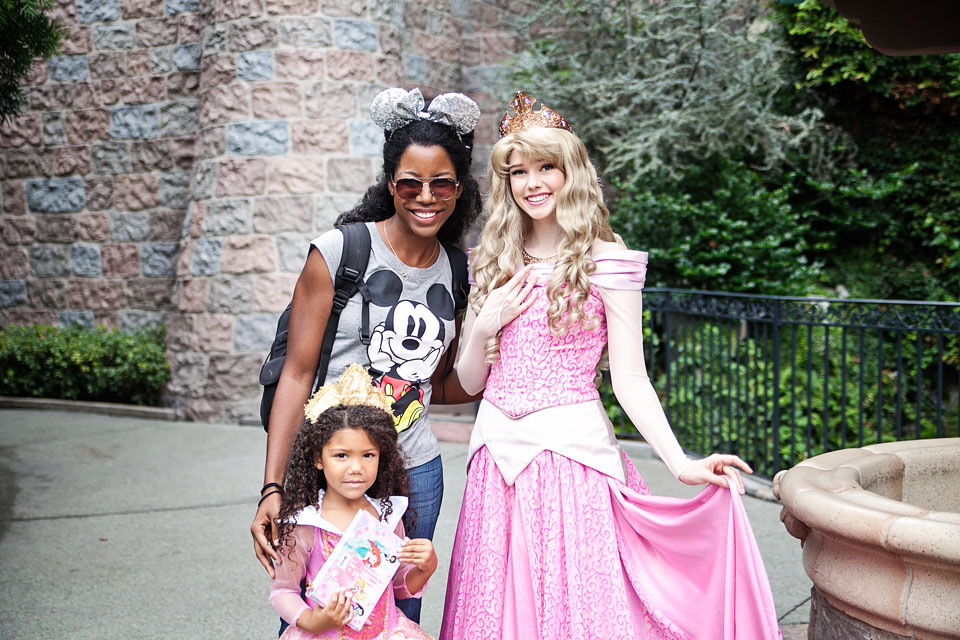 And then I can’t resist sharing one of my favorites, an outtake, where Sleeping Beauty got the giggles and laughed in her sleep. 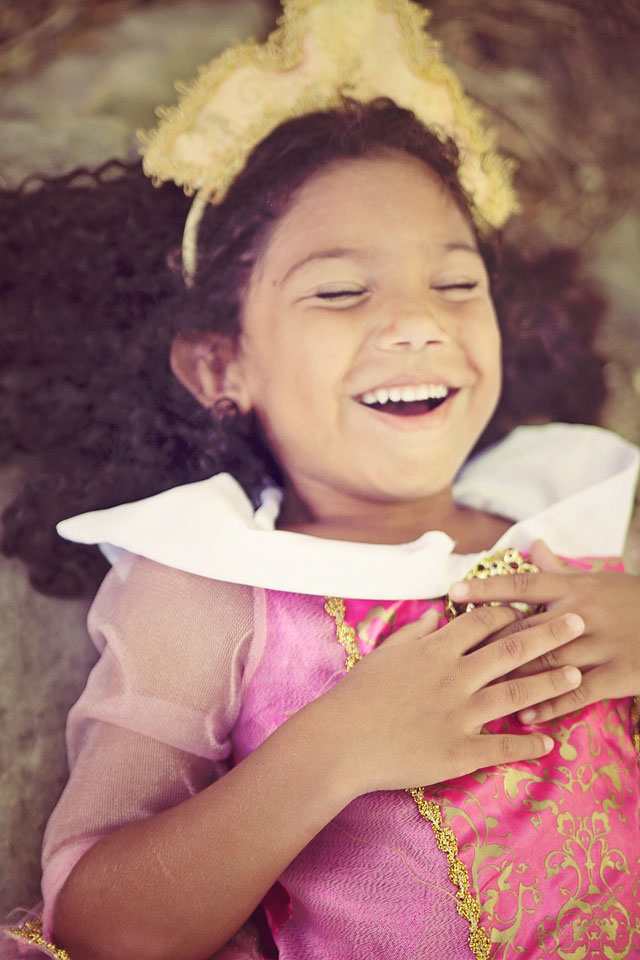 Love this girl. And I’m so blessed to have her in my life. Not sure which princess we’ll do next since we’re in the dead of summer. Maybe Pocahontas since her dress is more fit for warm weather. She’s begging me to blow dry her hair straight for that one, which could be fun since it’s down past her waist now.

Have you ever been to Disneyland?

In case you missed them, here are our past series installments: Rapunzel, Mulan, Merida, Snow White, Cinderella.

What beautiful photos. I love the wonderful memories you are creating with your daughter!

Thank you! I really hope she remembers this forever.

Pictures of your beautiful girl always bring a smile to my face! Your son is a cutie too! ?

The pictures of your daughter are stunning! I’m sure my four year old would love to go on a mommy-daughter trip like this! We haven’t visited Disneyland yet but hope to one day. It looks like you both had an amazing trip! =)

She is gorgeous. Every girls dream to be a princess!!

I’ve only been once on a media trip! It was so much fun. I hope to take my kids though. Its a memory I never had growing up and I truly hope to give it to my kids. BTW your daughter is beautiful!

She has a fan over at visualizeauthenticity.com (Me) tell her she looked beautiful, and this is from one queen to a princess LOL! Glad she enjoyed her princess moment.

She’s so cute! I can’t wait to find out what we’re having so I can get him/her all setup for these kinds of pics. Fun cute and great memories 🙂

So adorable!! I definitely vote for Pocahontas to be next! We haven’t quite made our way to the West Coast to visit Disneyland, but it’s on our travel bucket list. Moo said hopes that we run into a few Disney Channel stars when we go.