Is seeing the Disney Frozen Sing-A-Long worth it?

There are two things I know for certain after going to Disney’s Frozen Sing-A-Long theatrical release.

One, you are never too old for a sing-a-long. And two, I really need to learn how to french braid.

I had already seen the movie twice in theaters. Once on a mother-daughter date, and again on my birthday… The one day I could drag my husband to a Disney musical without complaint.

When I heard it was being re-released as a sing-a-long I thought a few things. 1. Wow, Disney, that’s genius. 2. That sounds a little bit lame. 3. We are SO going!

Not only had we seen the entire movie in twice at the theater, we bought the soundtrack (and have it on repeat) and we’ve watched the songs and scenes from the movie on YouTube countless times. Why not add the sing-a-long experience to our repertoire? 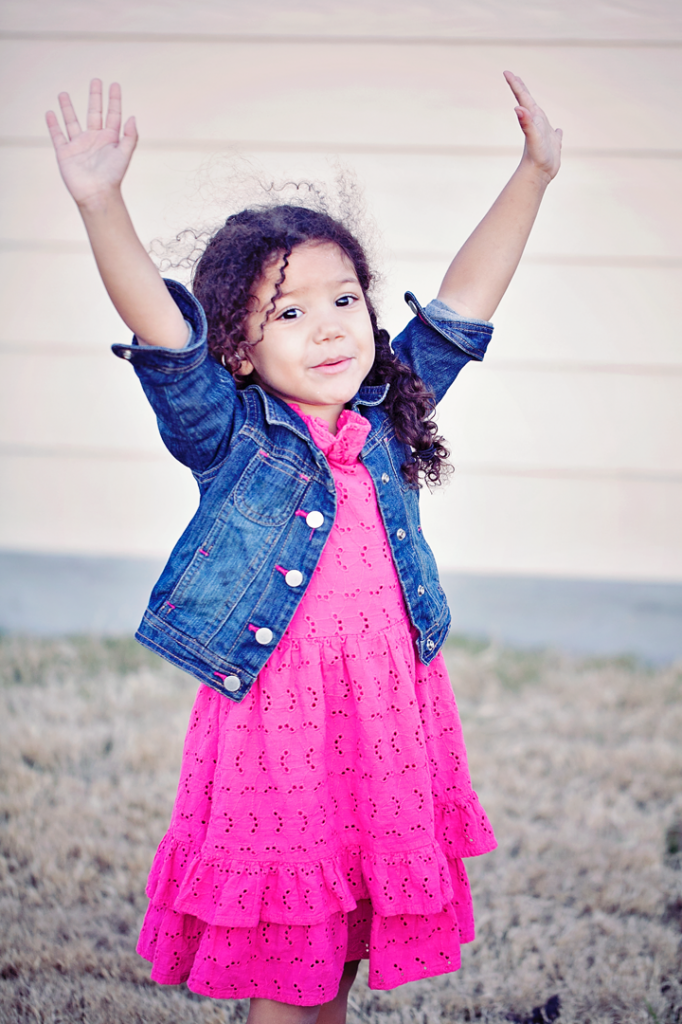 I’ve never been to a sing-a-long of any sort. But I knew if I ever did it would be for The Sound of Music, or a Disney Animated movie. And it would have to be playing at the Alamo Drafthouse—A staple here in Austin and no stranger to sing-a-longs.

It’s not just a theater, it’s a restaurant, and they constantly have funky events going on like cartoon days with breakfast, movie trivia, and sing-a-longs. 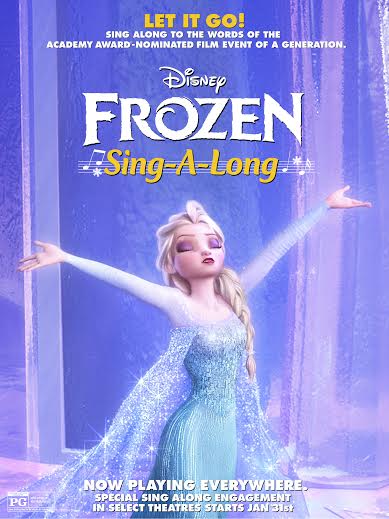 Me: Frozen is being re-released as a sing-a-long and we’re gonna go see it!

Husband: So you’re paying to see a movie for the third time, and everyone will be singing in the theater?

Me: Yea, that’s kinda the whole idea of a sing-a-long.

Husband: I can’t imagine anything worse.

Needless to say, he didn’t join us.

I had plans to go to the Disney store and let Lil’ J pick out a dress or doll before the show but I forgot she had preschool, so I pretty much picked her up and we went to the movies.

A good friend from work, and fellow Frozen fan met us there.

When I walked in I immediately felt bad that we hadn’t gotten her a dress to wear. The room was full of little Elsa’s and Anna’s. Lil’ J was not jealous, just impressed. More with the hairstyles than their costumes.

“Mom! I want a braid like that!” She pointed to the little girl next to us, who had an intricate-looking side french braid just like Elsa’s.

Up until now I’ve been able to get away with pulling her hair back in a pony tail and calling it a braid, or two pig tails and saying her hair is like Anna’s, but when I tried to do that today she said it wasn’t right. I did my best to twist her hair into a side braid, and she was satisfied with the results, for now. 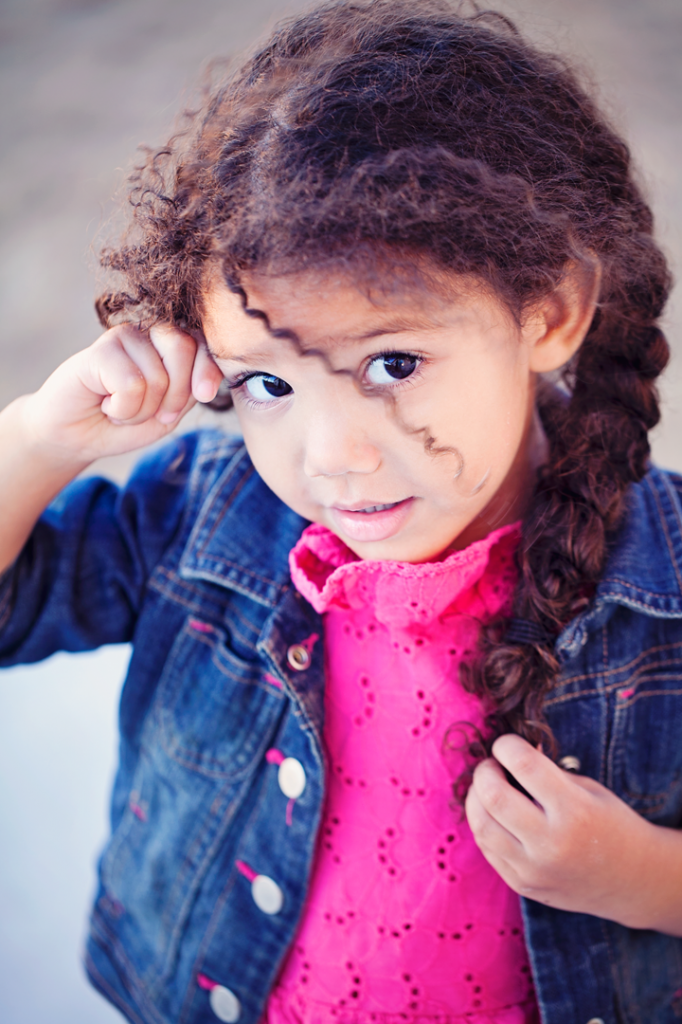 When the movie started I didn’t know what to expect from the crowd singing-wise. Would there be wanna-be Broadway stars belting “Let it Go”, or would everyone be timid and just watch the movie while the bouncing snowflake passed over the lyrics?

Lil’ J and I had practiced, and I promised her she could sing as loud as she wanted during the movie this time. When the first song came on (not the one with the foreign chanting—Though she attempted to sing that one too—But the one with the ice workers) everyone busted out their huskiest voices and sang (and laughed) along. Lil’ J looked at me as she noticed the entire room was in song and got the biggest grin.

That’s when I realized this was totally worth the price of admission for the third time.

The room had a mixed crowd. Several families with little girls, and boys, and behind us there were a group of college-looking students who sang the loudest and proudest the entire time.

If I wasn’t singing along I was laughing my butt off. Like in “Do You Want to Build A Snowman” when everyone joined Anna in her tongue clicking as the clock ticked by.

The most amusing part to me was how everyone went from quietly watching the movie to singing at the top of their lungs. Like When Hans an Anna are talking on the balcony and they suddenly break into song “All my life has been a series of doors in my face…” Everyone was totally ready, and there was unison laughter when we all realized that at the same time.

By far, as expected, the biggest hit was “Let it Go.” I always get chills when I hear the song, especially while watching the movie, but singing it with my daughter, and a crowd full of jubilant moviegoers took the cake. A little girl dressed in her sparkly princess gown a few rows in front of us stood up and mimicked Elsa’s moves while she sang. And I remember looking down my row at a big burly dad singing the words with his family. So many people of all ages were enjoying this moment together. I got teary eyed.

There was a round of applause when that number finished. And though everyone kept singing after that, none of the other songs compared to the fervor of that one. By the time we got to “Fixer Upper” people seemed pretty pooped and just into the movie. 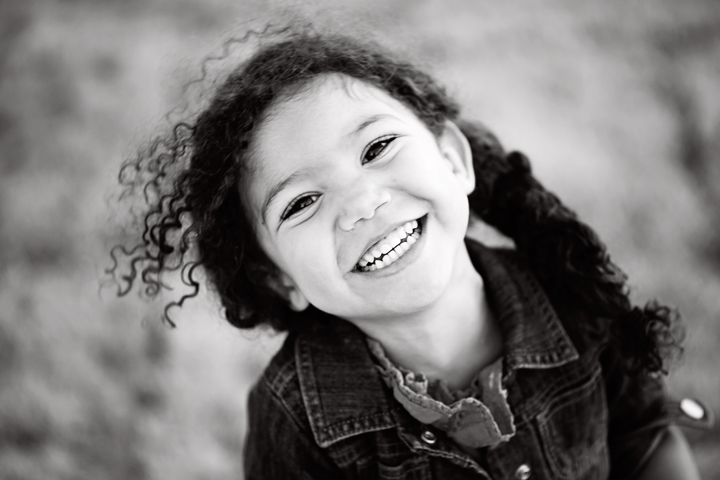 It was certainly one of our most fun mother-daughter outings to date. So if you’re debating seeing Frozen for a second time, I’d recommend the sing-a-long. If you still haven’t seen it, definitely see it without the bouncing snowflake. The extra quoting and singing may make you miss some of the humor and storyline.

Here’s an example clip of how it looks with the lyrics.

The countdown continues til it comes out on DVD and Blu-ray (March 18th). I can’t wait!

I was going to continue into my new top 10 Disney rankings list but this post has gone on long enough. More on that Monday.

how fun! my moms group is going this weekend but we have a conflict so maybe it’ll be a good President’s Day weekend activity. glad you had a good time!

Let me know what you think! I’m curious if other theaters will be as hoppin’ as mine!

Thanks for sharing your experience. We will have to schedule a sing-along of our own when the movie comes out. I have yet to see it, but apparently even my husband who is not a Disney fan said it is one to buy.

Totally worth buying. You’ll love it!

Oh my goodness… I was debating going but now I really want to. lol My daughter would LOVE that experience! She has been playing Let It Go on YouTube (Roku) every chance she gets, so we all know the lyrics very well now. Even my 3-year-old son belts it out, haha. But even if we dont make it I am sooo buying it as soon as it comes out – we loved it!

And I had to laugh at the braid thing because Emma is critiquing my braids lately and if they dont fall over her shoulder like an Elsa braid I need to “try again”. 😉 By the way, I bought her the Disney Store Anna and Elsa dolls and they are really beautiful!

Oh and as usual, beautiful photography and kids! I love her curls. 🙂

I saw this and thought about taking Chunks, he saw Frozen at school 🙁 and doesn’t want to go with me lol. That second pic of her is headshot worthy, too cute!!!

Thanks so much for this! I really wanted to go today, but was afraid I’d be the only one singing. But this was very encouraging.

I will go tomorrow (it will be my sixth time) and hope that I’m not the only adult wearing my Elsa tiara!

I enjoyed the movie and it’s take on true love and we sing along to XM’s Radio Disney every time this song comes on. I was thinking about taking my children and nieces but I wasn’t sure if they’d like it as much. We shall see.

Not fair hahaha they do not offer that here in Ireland unfortunately but I know my son and I would LOVE that!!!!! Humph.

My husband would agree with yours….but he’s also wrong! These sing-a-long movies are so much fun! I went for the first time with my sister and her children recently and had an absolute blast.

Haha, ours husbands need to get it together right? It’s such a fun show!