Every year for the last 3-5 years my husband and I have the same debate. 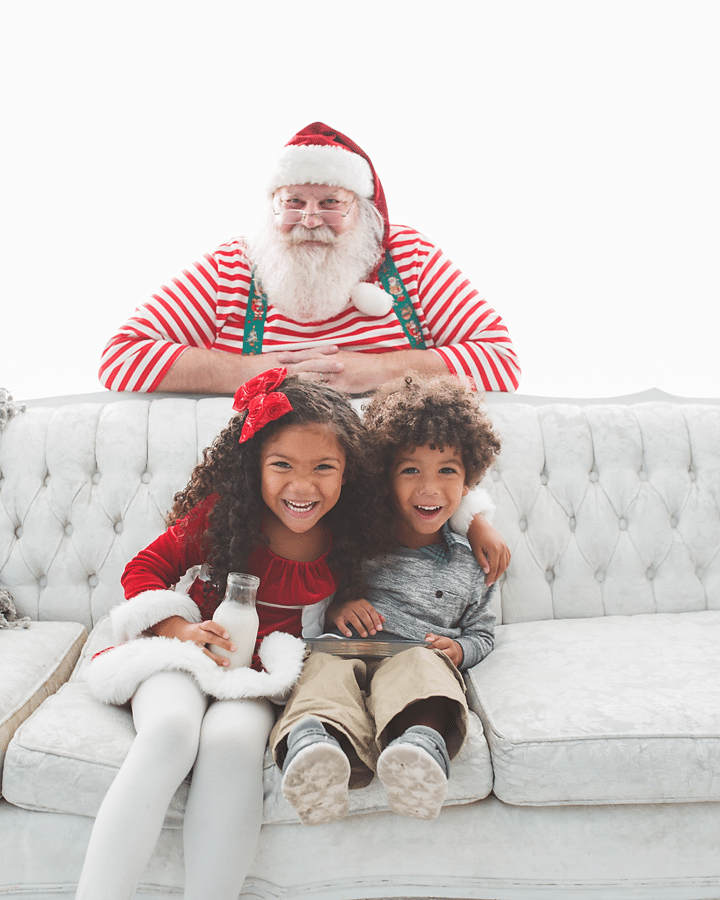 She says: I need your help wrapping all of these presents.
He says: We aren’t suppose to wrap them. Just leave them out.
She says: What? No, where’s the fun in that?
He says: They see the gifts right when they come out. Santa doesn’t wrap presents.
She says: He did at my house.
He says: He didn’t at mine.

We finally came to an agreement. The 1-3 gifts from Santa aren’t wrapped. We get credit for the rest, which are wrapped. This worked well last year for Big T’s Power Wheels and Lil’ J’s Ariel doll she wanted last year. She overlooked the unwrapped Elsa dress at first, but eventually noticed that too.

This year we had the debate again… Wrapped or unwrapped? We scored a trundle train table for Big T from a friend at church that will be a pain to wrap, so once again he’s winning the “unwrapped” debate.

And now, because tomorrow is Christmas, I leave you with a bunch of ridiculously cute photos of my kids with Santa this year, all taken by the talented Jackie Willome. 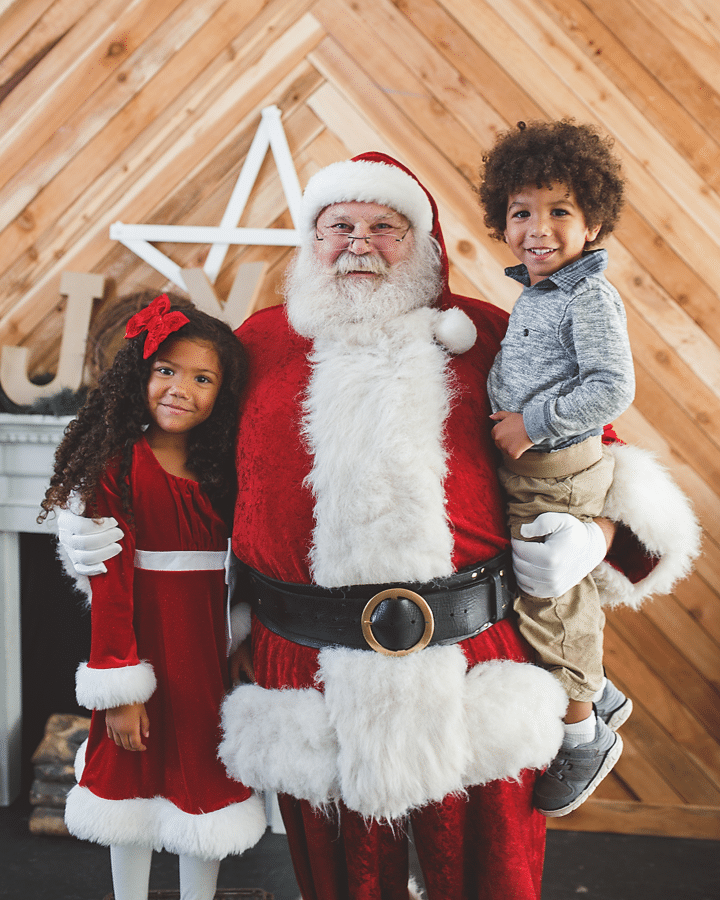 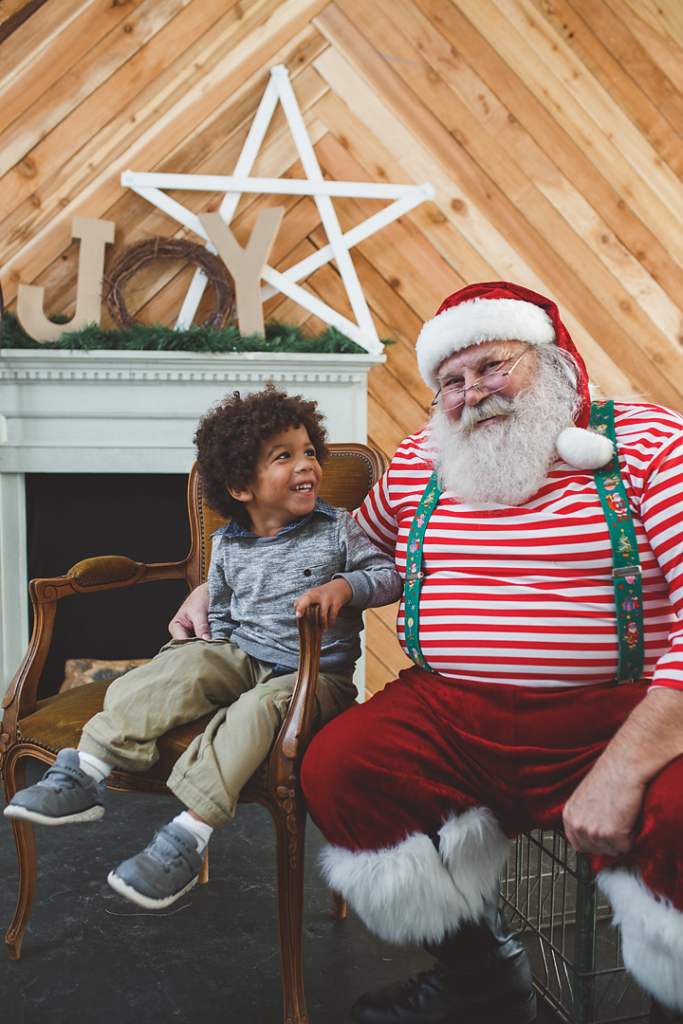 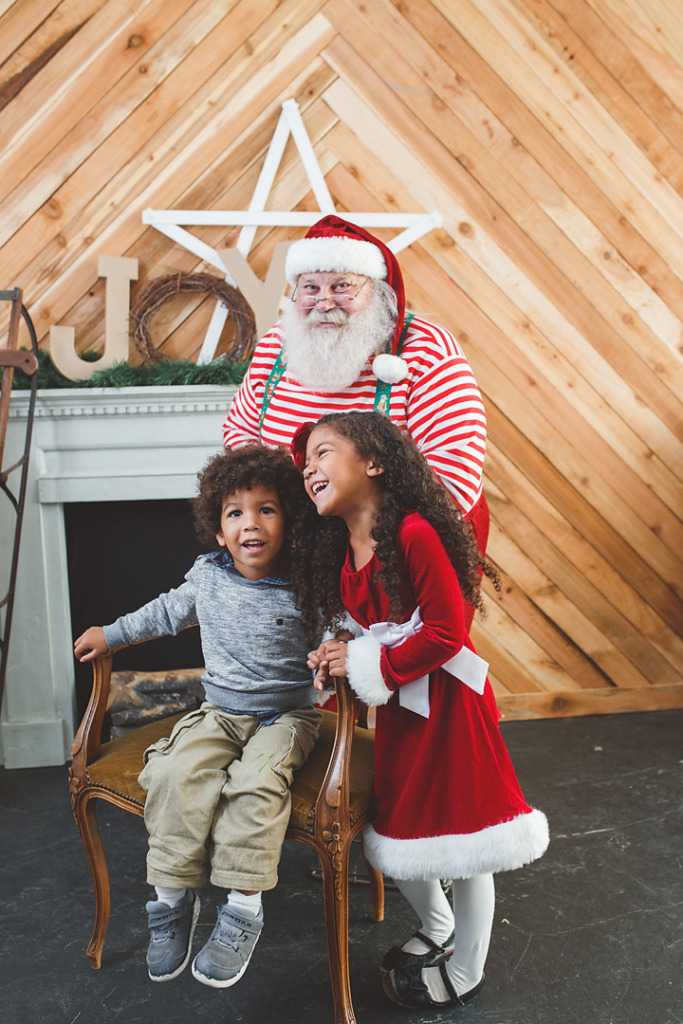 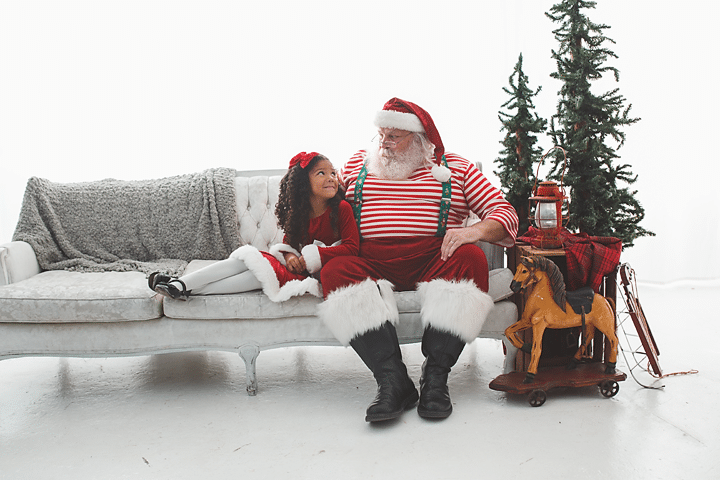 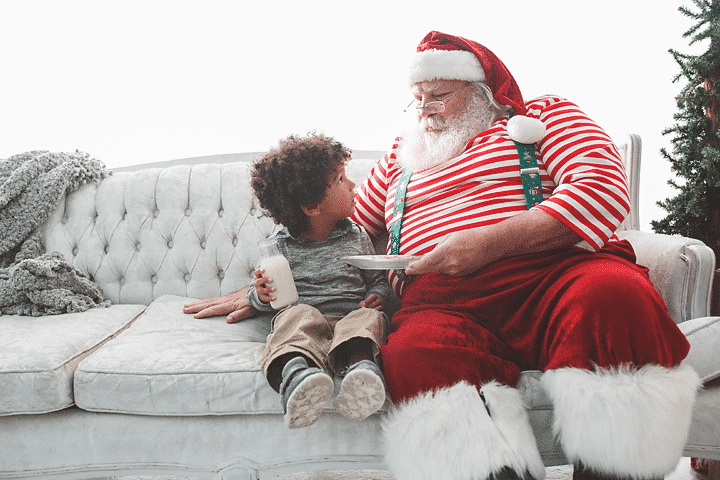 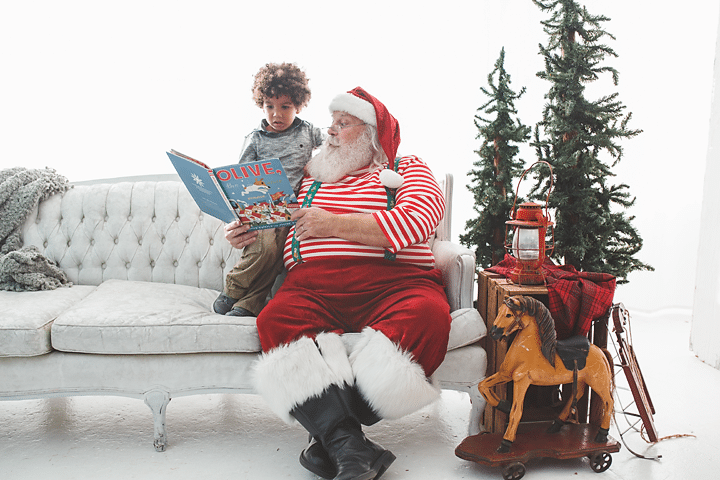 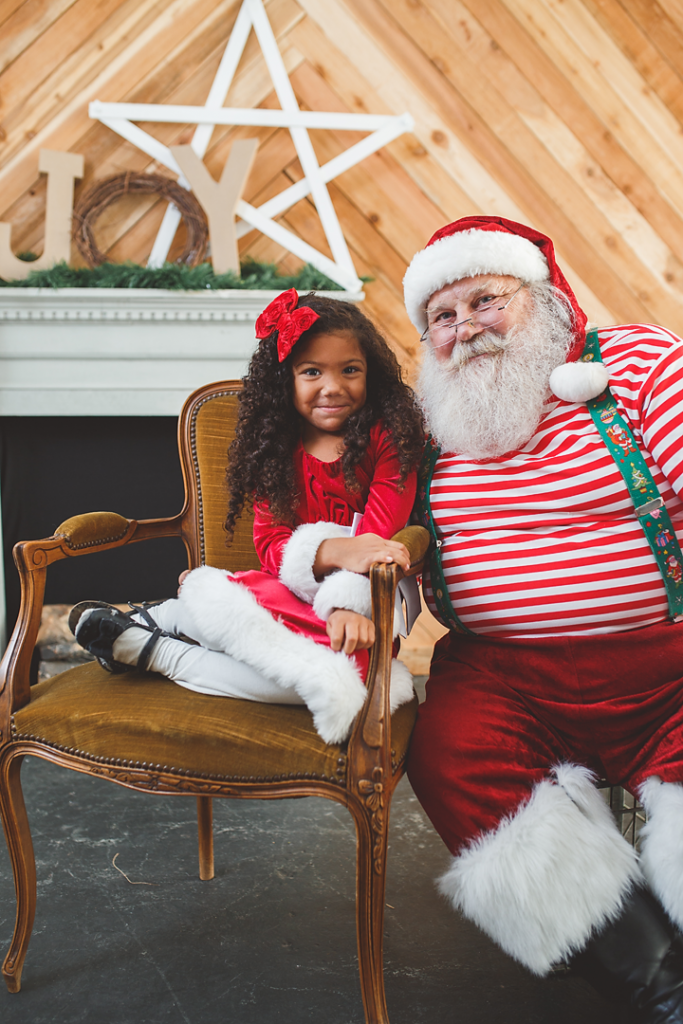 Does Santa wrap presents at your house?

Santa doesn’t wrap at our house. He used to but we stopped buying more than 1 type of wrapping paper so he doesn’t have any paper that doesn’t match ours. ?

That is an awesome looking Santa by he way!

Santa didn’t wrap gifts at our house either. Even when our daughter was a teen we didn’t wrap those gifts, it’s just that many presents less to wrap (and paper conservation of course)! Several of my friends do the same.

Even though I don’t have littles anymore, I do enjoy your blog.
Merry Christmas.

Santa leaves HIS gift(s) UNWRAPPED! That was how MY parents did it and that’s how we do it!

Santa never wrapped the gifts at our house growing up. They just sat next to the stockings. Or in the middle of the room, in the case of the pool table.

At our house now, Santa only fills stockings. All the rest of the presents are from us and are wrapped and under the tree. Unless they’re too big (like, say, an electronic piano … or a trampoline from a few years back). Then they get draped with a blanket or sheet. Well, the trampoline cut torn wrapping paper spelling out a name and some gift bows.

The photos with Santa are just too cute. I love all of the details the milk and cookies and how absolutely adorable your kids look. Happy Holidays!

I love your blog! You just saved my husband from some serious side-eye while he explained why he doesn’t need to wrap the gifts he selected for our girls.

Santa wraps all his gifts and all the gifts are from him. We give pjs the night before and Santa gets the rest of the credit.

Santa does wrap at our home but he has different paper. He also only brings one gift per person or a family gift like a wii-u last year.

Santa wraps gifts at our house in separate Santa only paper. Santa only gives a few select gifts and all the rest are from us, because I don’t want our youngest to get the idea that all that magic will get her everything she asks for. Because I am usually the only one wrapping, I have taken to the gift boxes that look wrapped and if possible I reuse from previous years, but also buy many of them right after Christmas to stock up for next year. Only my youngest still believes at 7, my boys are 17 and 14 so they go along for her sake.