We met A LOT of people during Disney’s press day for “A Wrinkle in Time”. One of the cute cast members was Rowan Blanchard  who plays Veronica Kiley, the bully in the film.

During our interview she spoke a bit about the the bullying and comparisons she felt while attending public school. 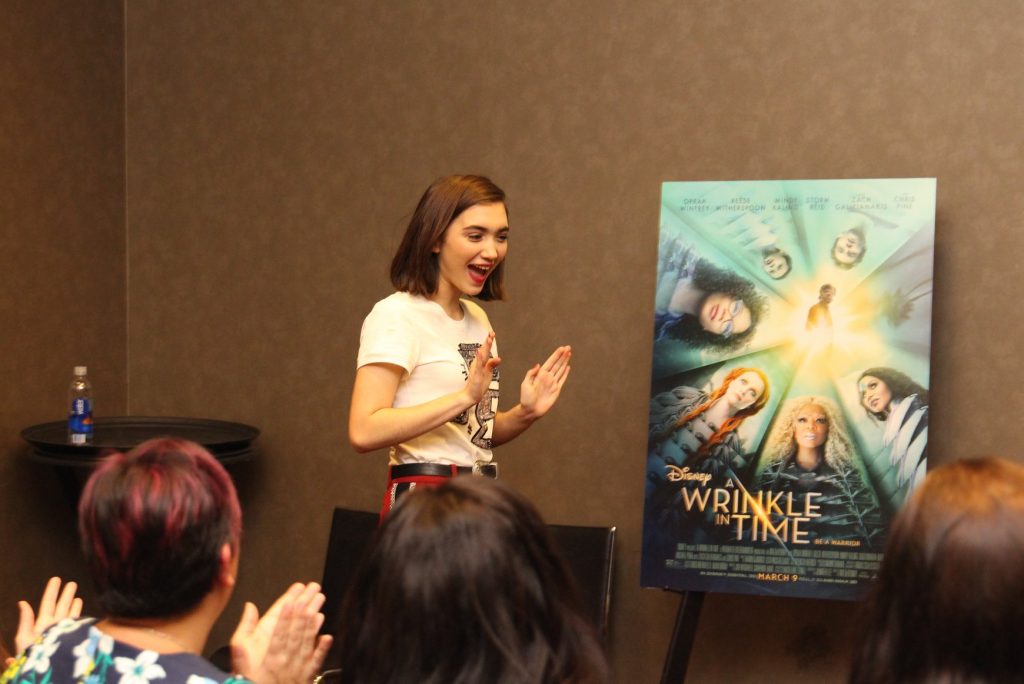 I think it’s just this horrible sort of competition is bred between girls, especially in those years that we’re talking about,” she said. “It is really reduced to your body and your appearance. And so, your entire worth is based in what clothes you’re wearing and if you have the cool backpack.”

She recalled how much time she invested in finding the right things that were cool for school.

“And looking back on that now, that doesn’t matter. But it feels like it matters so much in the moment,” Blanchard said.  “All these things that are so stupid in retrospect but [in the moment] feel like the most important thing in the world.”

I was impressed with her maturity and candidness. While she spoke to us she rubbed her arms and said she was nervous because she had never met Oprah and she was so nervous. And she confessed she has to remind herself to be a warrior every day.

“It’s not something that is a very conscious thing where I feel totally empowered and fearless every day,” Blanchard admitted. “There are some areas that I feel more confident and then others. Going off on that panel with Oprah, Reese and Mindy, I felt like the odd one out. I will tell you guys the truth. But like, that’s a second where I have to be like, ‘I deserve to be here and like, I’m here, a part of something bigger than myself.'”

She said there are so many moments every day where she has to remind herself that she deserves to be in the room. 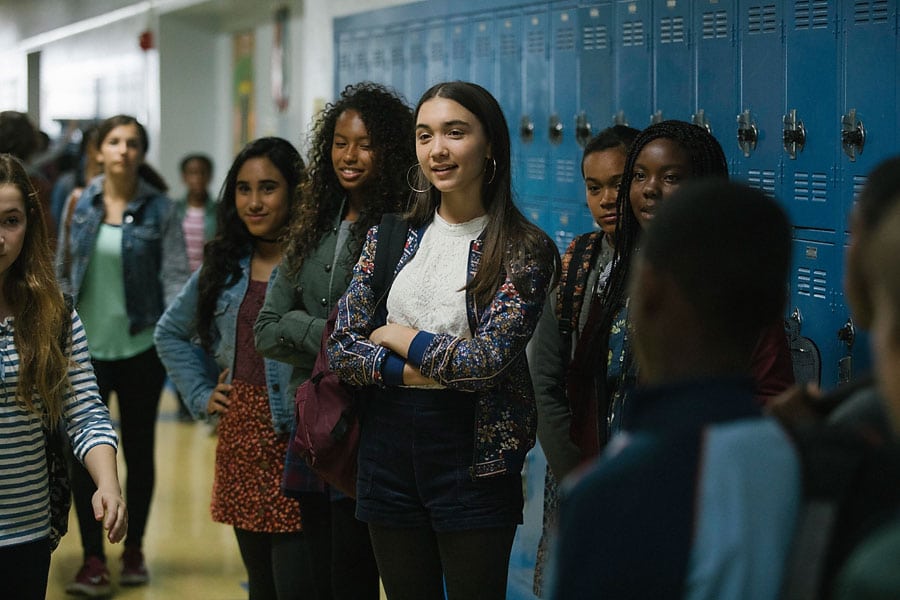 For more on our interview with Rowan Blanchard just search #WrinkleinTimeEvent on Twitter and you’ll see many more perspectives. And in case you are totally in the dark about A Wrinkle in Time, here’s a bit to get you up to speed: