Alright so a few weeks ago I called Peter uncommitted. I didn’t think he was really into Rachel. But after this episode it was clear that he was into her he was just too realistic for this show.

Rachel comes out on state for a Bachelorette season 13 LIVE finale that’s what? THREE HOURS? Lawd. Ok. Here we go. 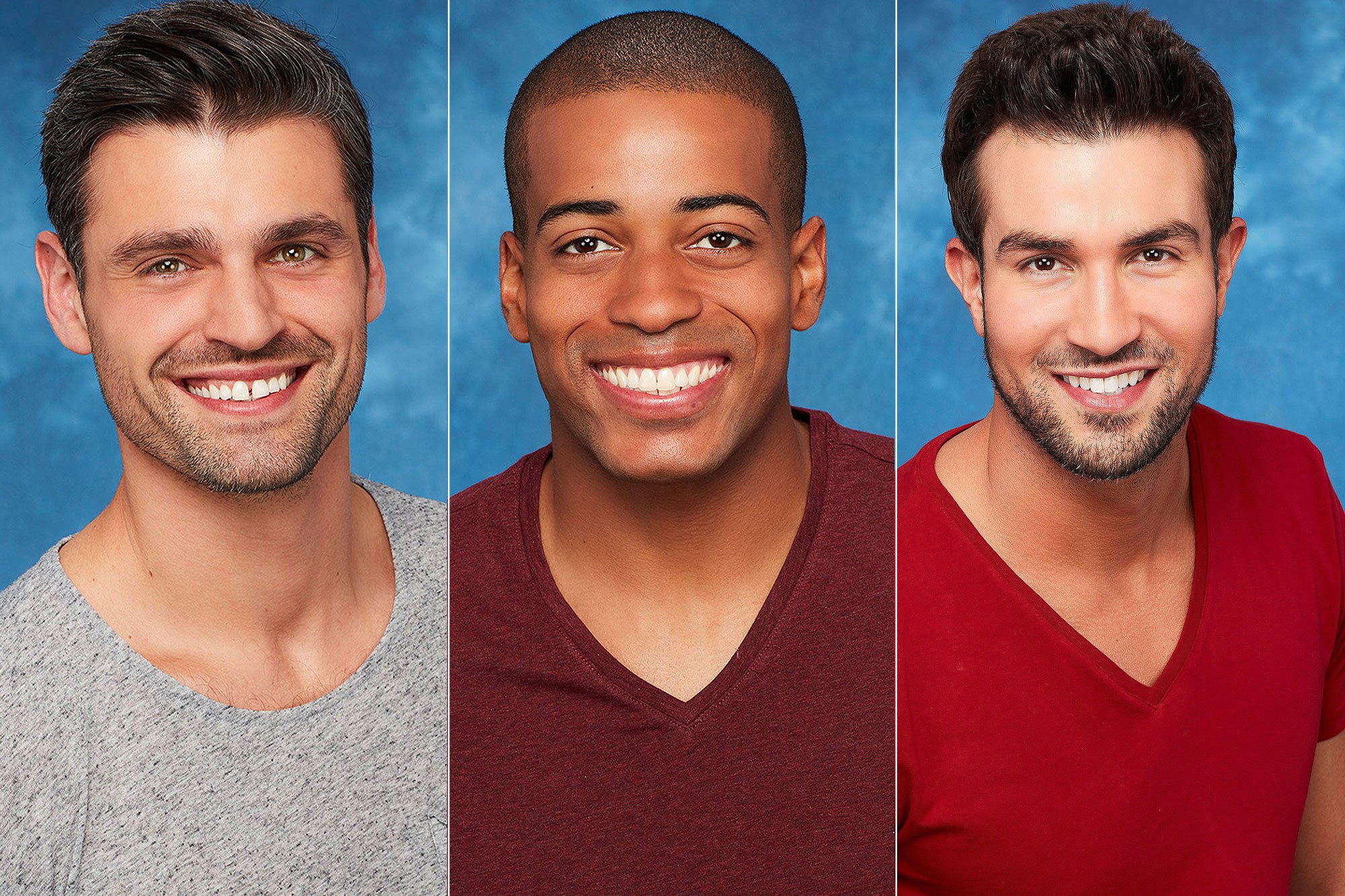 We pick back up with Peter and Rachel crying before their fantasy date. She’s saying things like “I was still trying to ride ride it through” and “I was starting to see cracks…” All this talking about their relationship in past tense is giving me anxiety. Because although I’m really done with all three of them, I secretly am still rooting for Peter.

Rachel says she’s scarred from her previous 5-year relationship never got out of a “boyfriend/girlfriend” stage and I’m wondering why she’s comparing that to her 8 week non-exclusive relationship with Peter but… Ok.

The fact that she’s fighting for him to me says she really cares about him. No way she’s be sticking around and begging for Eric or even Bryan I don’t think.

She says they need more time together to sort things out so they have an overnight date.

Why is their fantasy sweet look like something out of the tiny house special?

Next she goes out with Bryan and brings Peter with them–In her mind that is. She’s totally not there and it’s the first time Bryan’s smolder isn’t working on her and he’s not sure how to take that. They have their overnight date and I’m trying to convince myself that Bryan is an ok guy just in case she chooses him.

Finally at the rose ceremony and Rachel is channeling her inner Cersei Lannister with her dress. She’s staring down Peter as she straight up says “I want a proposal. I didn’t come here to date I came here to cultivate a relationship that’s moving towards the common goal of marriage.”

Right then and there I thought Peter was in trouble but she sends Eric home. He’s extremely gracious and even comes out on stage lookin fly with his full beard and tailored suit. Very mature, gracious and I think prepping himself well for a chance as The Bachelor and I wouldn’t hate that.

Next she goes on her last one-on-one with Bryan and I’m gagging and eye rolling through all of their lip smacking. And why does he have to grab her face every time they kiss?

Next it’s time for Rachel’s date with Peter and she’s nervous and anxious and so am I. They are still hung up over the proposal.

They meet with some monks, say their I love yous and  share beautiful hugs and honest conversations like umm… Any NORMAL couple.

Peter says he only wants to propose once. Yet Rachel can’t say that he’s for sure the one person she wants to spend the rest of her life with. WHAT?

Rachel shows up at Peter’s room to confront him one last time and says how confused she is.

“I want to get engaged tomorrow.”

“I want to get engaged… But not tomorrow.”

“Well, settle for mediocrity then…”

Then Peter starts to change his tune and says he’ll make that sacrifice for her because she’s the right person, though it may not be the right time.

But Rachel goes back and says no no no… He wants him to MEAN it.

DANGIT WOMAN! He just told you he wants to go on a few more dates first.

They decide to go their seperate ways but they can’t say goodbye. They’re crying, I’m crying. We aren’t ready to say goodbye.

I can honestly say I am WAY too invested in this show and a little embarrassed at my life at this moment.

I’m waiting for Chris Harrison to surprise us all with the biggest fakeout in Bachelor history. But instead Peter comes out and Rachel is locked and loaded with a bag full of salty chips.

I do think it’s lame that Peter came on a show where the end game is a proposal and he couldn’t propose. But at the same time I don’t understand why she was willing to give up everything they had because he wasn’t ready to give her a ring TOMORROW.

Rachel was savage. Throwing water all over any idea of him being The Bachelor.

“This process isn’t for you.”

Really? Why so salty?

And then “Yea I’m not living a mediocre life, I’m living my best life!” Right after he sincerely apologized.

Ok girl, you tell yourself that but to me it looks like you’re trying a little too hard to prove that to everyone. And I mean sheesh, talk about kicking a guy while he’s down.

And the way she’s like “Stay true to who you are… that’s a beautiful thing…” in an overly, bubbly fake positive tone is further proof she is likely bitter/ regretting her decision.

That goodbye had more passion than anything else we saw on that show, including the proposal, just a day later, which I’ll just recap with a single video that is actual footage of my reaction:

I missed it the first time because of the hurricane that was blowing through their microphones. I didn’t believe it until my friend quoted him and I re-watched it. Lawd! If he really is 100% serious that just means he’s hella corny. 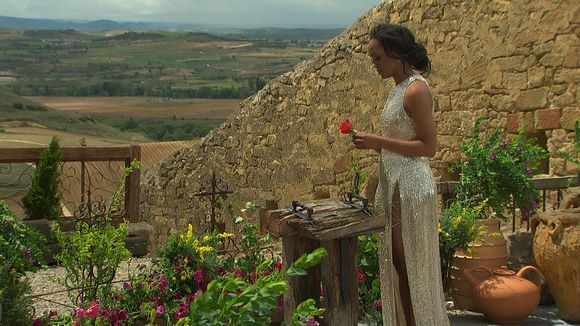 Bryan got down on one knee and put a ring on it just like Rachel had been waiting for. And man, I had such high hopes at the beginning of the season.

I’m sorry, it’s just hard to believe that would have ended any other way had Peter been planning to propose. Which in turn makes me feel like she completely settled in order to get engaged right then and there. Which yes– Is kinda the point of the show but… but… but… She and Peter just had so much going for them. It seemed so much more sincere.

I’ve spend the last few hours split between writing this recap, lamenting with friends through text and and strangers on twitter who are miserable about this outcome right along with me. Their memes gave me life while I lost my last hope for breaking news that Rachel changed her mind. 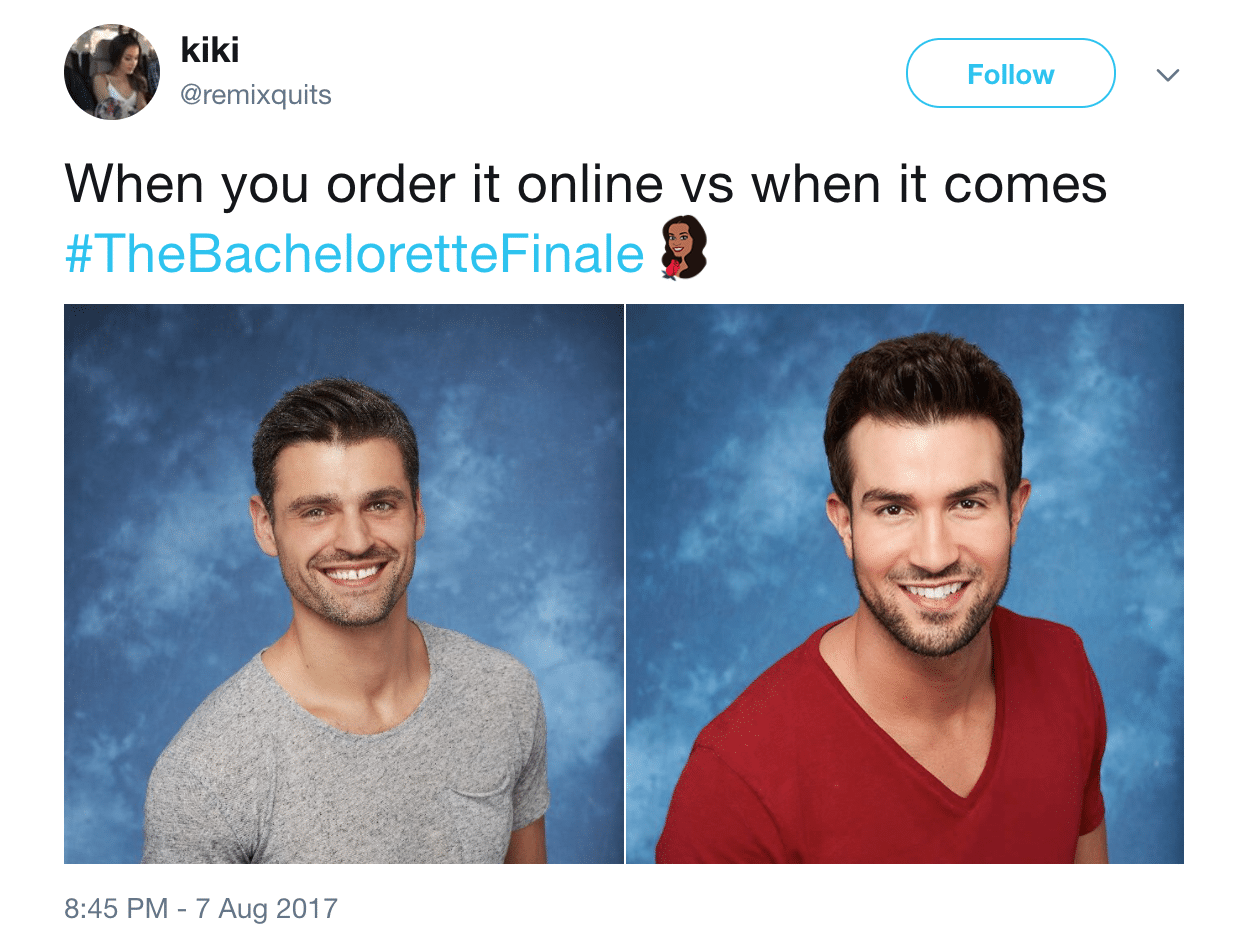 Chris Harrison: When did you know?

Reality: As soon as Peter and I broke up.

I really do wish them all the best. But man, when they talked about taking it slow and not rushing into marriage but get to know each other + possibly moving to LA, I was back to

Jimmy Kimmel summed it up best when he said that Peter acknowledged how preposterous it is to get engaged to someone you’ve only been on three dates with while she was dating other people.

“He said I want to be with you I just don’t want to propose yet because I take a marriage proposal too seriously, which is the right way to take it but Rachel said sorry, I’m looking for a marriage proposal right now on TV. And so that was that… Relationship over.”

I’m still sad it’s over between them, but I’m going to try to be happy for my girl, and wish them the very best. I didn’t like Bryan from the beginning, but I’m hopeful that it’ll work out for them and that maybe he just came across as extremely fake on TV. 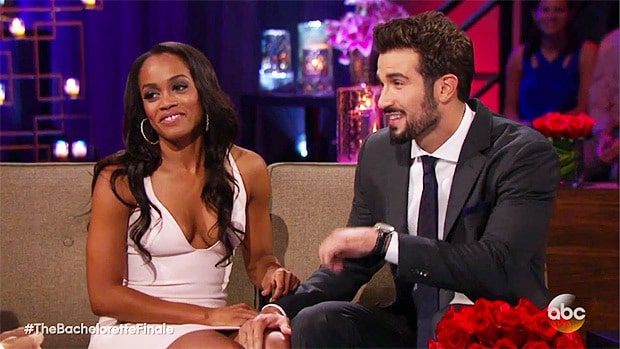 Kaitlyn Bristowe gave her some great advice on instagram and I hope they take it, and I really do hope they’re happy. I’m trying not to be a hater but I mean… Rachel did seem a bit bitter. And you aren’t bitter if those feelings are all gone and you’re sincerely happy about the relationship you’re in.

And hey, maybe Peter will be the next Bachelor. As of now, he’s my pick (though I wouldn’t mind Eric or Kenny or maybe Dean).

Either way, like T.J. Holmes I think this was my first and last time recapping this show.

What did you think of the Bachelorette finale?

Gurrrl, no! You HAVE to keep recapping them. So clear concise and you said everything I was thinking!
Awesome blog post!

I’m not going to give up hope! Peter will wait for her…I loved them so much!!!

In short, Eric, looked fly! Very gracious and mature and complimentary of Rachel and genuinely wished her well. Great guy, wouldn’t mind if he were the next bachelor. Peter. True to his beliefs, totally realistic and really that type of program is not for him or seemingly a man of his caliber. Bryan: Really? Although constant and unwavering throughput, he comes off disingenuous. .was he tally looking for notoriety for later down the road? Hmm. . And Rachel: girl just wanted to get engaged on TV. Pity ’cause if she were true to her own self she would have chosen Peter. She’s engaged now going through what Peter was suggesting they do, just taking more time to do it. For an attorney, her choices were questionable for me. I’ll not let any of my granddaughter’s type me into another episode of this silly drama.