Proof at One Time I Was a Cool Mom

Isn’t it funny how in the moment we feel like we look one way, then later when we see a photo or replay we realize we looked totally different?

That was the case for me when I performed a hip hop dance I had been practicing for the good portion of a year with an adult (beginner, mind you) hip hop class.

I joined when couple of friends of mine and I decided we wanted to get out of the house and try something new.

“Wouldn’t it be fun to dance like that?” We said as we watched a viral Facebook video of an older woman hip hop dancing like nobody’s business.

We signed up to take a class at a local dance studio. By the end of the summer I was the last one standing, not for talents sake (goodness, no) but because I wasn’t moving or pregnant.

I decided to stay with it because it has been a fun way to get out, get some exercise, and commit to something I’d been wanting to try. My kids saw me practicing, and I wanted them to see me doing something I enjoyed. Over the months other women came and went, but a few stayed committed through the year.

This summer all my hard work paid off–Or in other words, came to a humiliating climax, when I performed on stage at the recital. I’m pretty sure we were between a 7-year-old class tap number and a 3-year-old ballet class. Yes, between tiny tap shoes, tutus and frills I went out in red spandex (which my husband calls an 80s mistake) and flannel around my waist (which my husband calls a Canadian mistake) and performed a Willdabeast choreographed dance to Beyonce’s Get Me Bodied.

My son watched in awe. My daughter yelled for me at the top of her lungs. I was a cool mom.

The crowd cheered. And many I’m sure laughed. I took a chance and peeked at the audience and almost busted up laughing myself.

Want to see? Here you go:

What? You mean you couldn’t see me? And who were all those men?

Alright, so that wasn’t us, but we looked just as good. Just pretend. Because in my mind, that’s how I looked when I was dancing on stage.

When I got the DVD of our actual performance last week however, I realized I looked nothing like I felt. And that’s why, although I had planned to maybe upload it to YouTube and share on my blog, I’ve chickened out.

I will, however, leave you with a still dorky action photo that captures the coolness I felt that didn’t quite translate on camera. 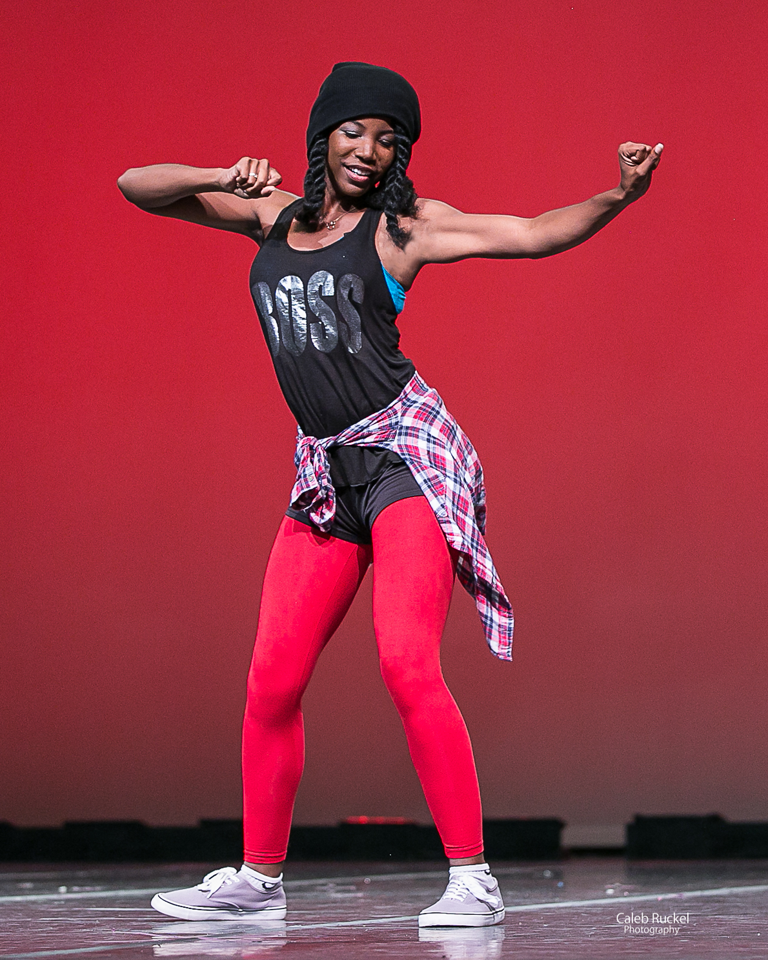 Be this a lesson to my children. Kids, I love you, and I’ve learned something through this experience. Dance like nobody’s watching. Have fun! Make beautiful memories of the experience. And though I will be on the sidelines recording your every move… If you don’t want to show it to you’re friend’s later. I’m totally ok with that.

This makes me so happy. And sad that I had to move and drop out of class!! You better just wrap your head around the fact that I WILL watch that video. One way or another. I’m watching all that I missed out on. So proud of you girl! Way to stick with it!

This is awesome. And I continue to love your husband. We are clearly brothers in snark.

Oh my goodness– this is great shot! And your hb is wrong– the flannel shirt was a 90s grunge mistake. 😀

Good for you! There was a class like yours at my daughters dance recital, though most of those ladies were middle aged or above, and I thought it was so awesome that they had the guts to do that! I bet your kids loved it!

Awesome!! Such a great example for the kids and other moms 🙂 I may take a stab at doing something cool.

Girl look at those muscles!!! You look so cute and no one would ever guess you were old enough to be a mom of two! Hopefully you keep the DVD and bust it out at Christmas parties, or slyly insert it between home movies of your babes 😉 you look awesome!!!

Girl you are putting me to shame. There is no way I could do moves like that. It’s great when you find something you love!