Meeting The Queen of England (Well… Sort of)

I can feel the memories from my Disney movie trip fading quickly. I don’t want to forget how it felt when I walked around the Walt Disney Studios Lot, walking where Walt Disney himself walked and the amazing experience it was those few days meeting new friends and goodness, let’s not forget Steven Spielberg.

Forgive me while I photo dump momentarily. Here are just a few of my favorites from the trip. Also, here are the other chapters in my series, incase you missed them:  Chapter 1, Chapter 2 , Chapter 3 , Chapter 4 , Chapter 5 . 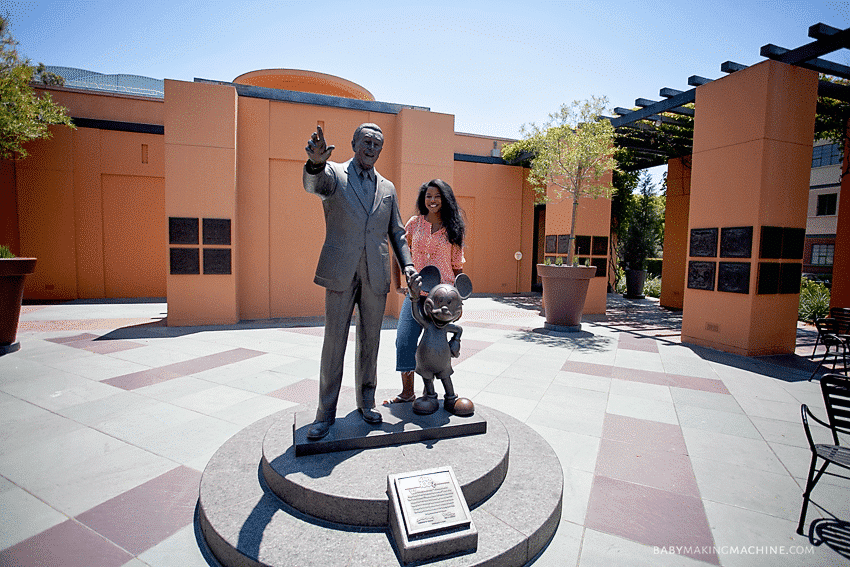 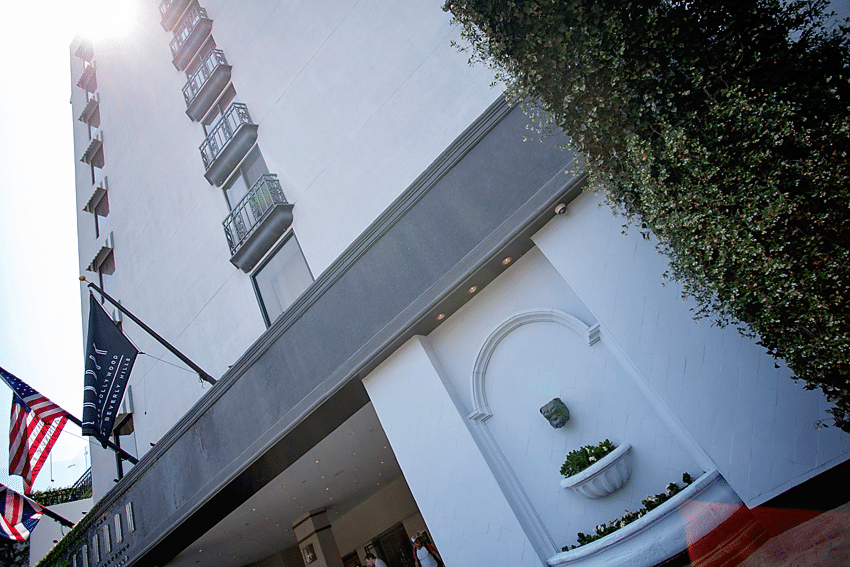 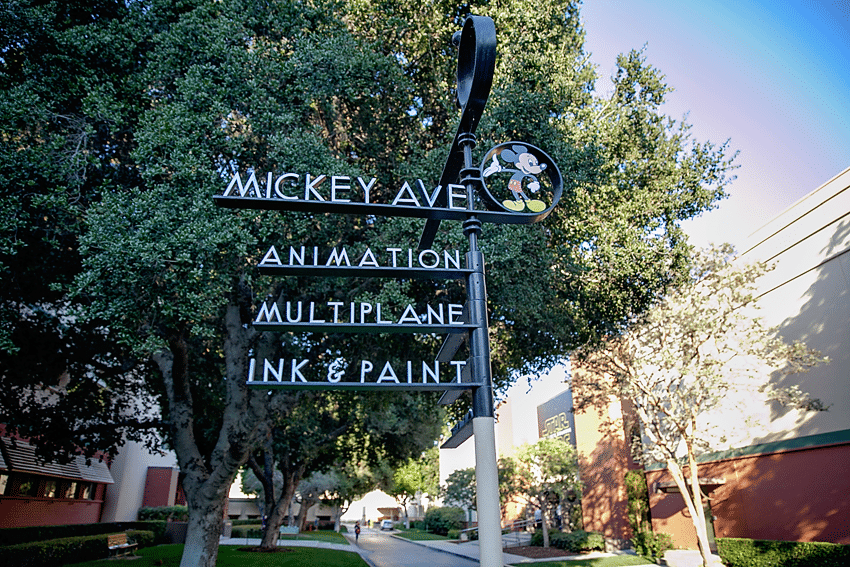 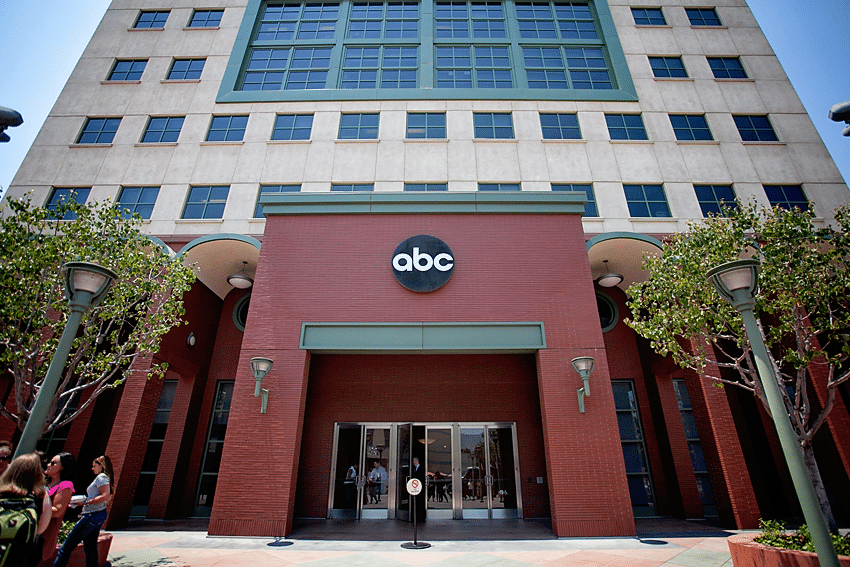 That morning before our interviews I snapped this photo just before we went up the elevator to meet the iconic director himself. Side note- All the cute clothes I’m wearing on this trip was courtesy of Stitch Fix. I’ll have more on that soon! 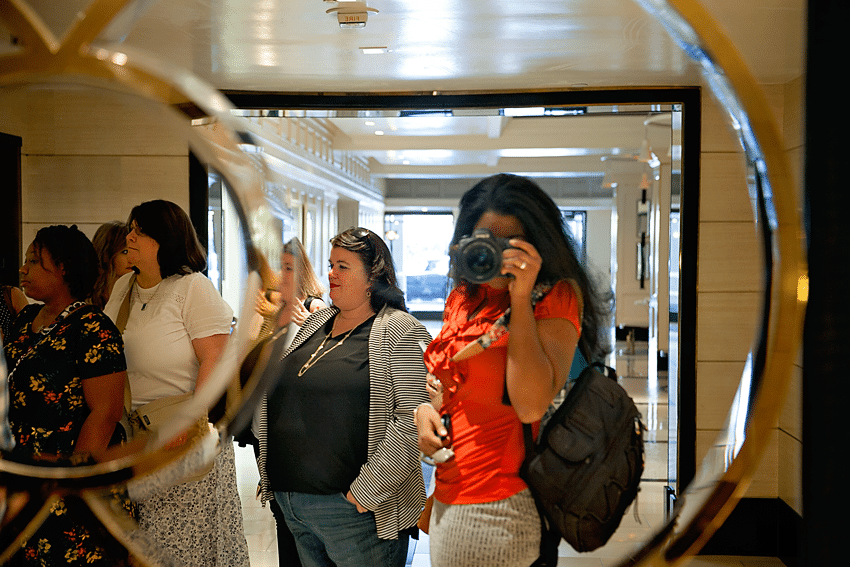 Shortly after that interview we met with Penelope Wilton and Rebecca Hall. Penelope plays The Queen in The BFG, but many people in my group love her in Downton Abbey. I still need to get around to watching that show. I’m adding that to my list of “things I’ll watch when I have time again.”

Penelope was still filming the show and said it was interesting going from one character to the other.

“Yes, it was, when I was playing the Queen and then, you know, it was all very, very, upper class,” Wilton said with a laugh.

I’ve seen the movie three times now, and I can’t imagine how many times they’ve seen the film or at least parts of it, but it’s fun to hear what they found to be their favorite parts. 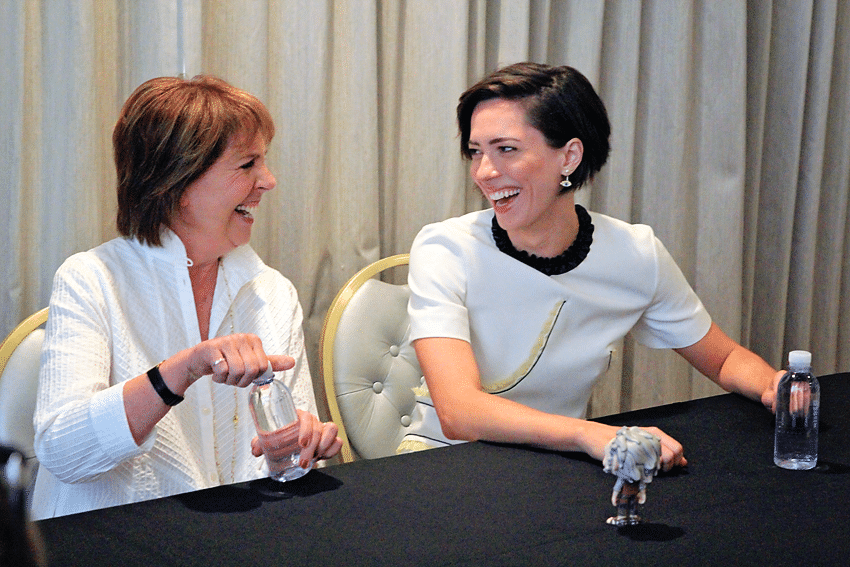 “I like the dreams, because it’s written in the book that they catch the dreams but Steven made the dreams so beautiful,” Wilton said. “When they go under the water then, I loved that. I thought that was a lovely sequence but there were so many.”

I also loved that beautiful scene in Dream Country, but most kids will probably agree with Rebecca Hall’s preference.

“Actually, I’ve got to say, it’s when, when [The Queen has] a problem with wind. Is probably my favorite,” Hall laughed. “It’s brilliant. It’s so funny.”

Wind, or as the Big Friendly Giant calls it “whizzpopping.” 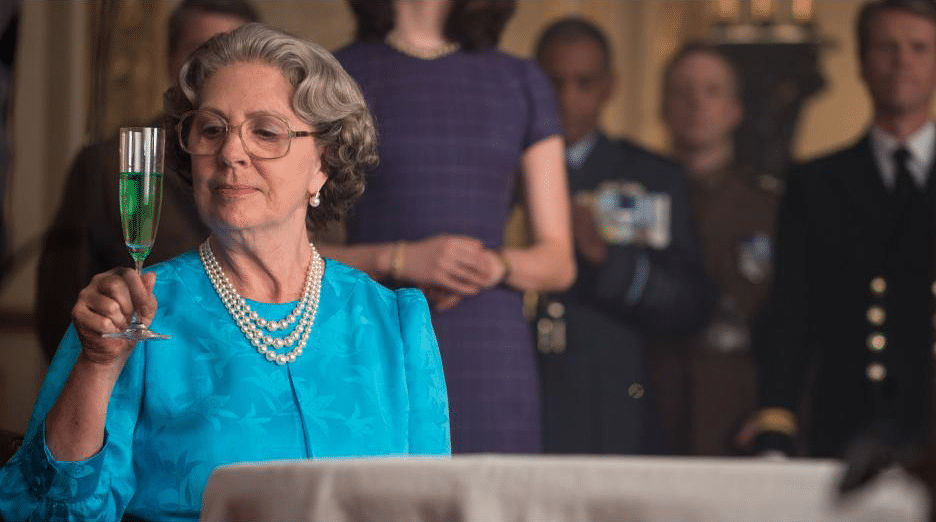 And I’m always eager to hear what the actors and creators of a film hope that others get out of the film they’ve worked months and months on.

She went on to say she hopes children watch the movie and realize they have to believe in themselves.

“Little Sophie, who doesn’t have much, but when she meets somebody who has even less than she does and he’s 20 feet tall,” Wilton said. “They sort of work as a good team and they, they both of them understand that they are outside the norm and they give each other confidence and when you have confidence in yourself you can take on the world.”

A great message for not just our kids, but ourselves.

Check back tomorrow for my final post in the series. A review from 5-year-old Lil’ J, my 11-year-old sister and a few details from myself to help you decide if it’s something your little ones will enjoy and if it’s ok for your more fearful ones.

What a wonderful experience. We’ve been hearing a lot of great things about BFG. We can’t wait to see it.

Haha! What a great time. Sounds like a very fun experience. And I cannot wait to see the film.

this sounds like it was such a fun opportunity! I have heard that BFG is going to be great and cant wait to take my son to see it!

The only time I’ve ever been to Disney was when I was 4, and I barely remember anything. I REALLY want to go again. I want to go for Halloween! It would be so fun.

Looks like you had so much fun and this was a great experience. Thank you for sharing.

I saw the preview for BFG when I was at the movies this past weekend and it looked like a great movie. Hopefully I’ll get a chance to catch it in theaters this month.

We are so excited to see this movie. This must have been an amazing experience.

I have heard such amazing things about this movie and event. It is truly an entertaining and amazing work of art!