Parents: Stop Answering This Question With “Because I Said So”

In my house growing up there was a rule that you don’t talk back to your parents. If you did, you got your butt whipped.

In my son’s class at school there’s some kind of rule about using their white boards for writing words and practicing numbers. Not for drawing pictures.

“Because just drawing pictures doesn’t help our brain grow,” my son told me.

In our home now we have a rule where you don’t ride your bike in the street unless my husband or I is standing in the street with them.

There are rules about speed limits, no running around the pool, and drinking before a certain age. As kids, we may not have understood the why behind so many rules.

Growing up, if I responded to something my parents told me with a “Why?” I’d either get a butt whoopin for breaking rule #1 (don’t talk back) or receive one simple answer: Because I said so.

It’s an answer I swore up and down I’d never give my own children, but I’d be lying if I said those words have never slipped my mouth.

But some questions are too important to ignore.

My kids are still at the age where they see it as something for adults (though they know we don’t drink it). But that could change (their perception, not my lack of drinking, ha!)

Last week at the movie theater Lil’ J asked me what the pretty knobs were near the fountain drinks. They were beer tap handles. And I explained that. She got so embarrassed and a little upset that she had asked about alcohol, but I made a point to tell her that it was a great question and I wanted her to know what that was.

I could have shrugged it off and said “It’s not for you, don’t worry about it,” but where would that have let her? Even more curious? Confused? 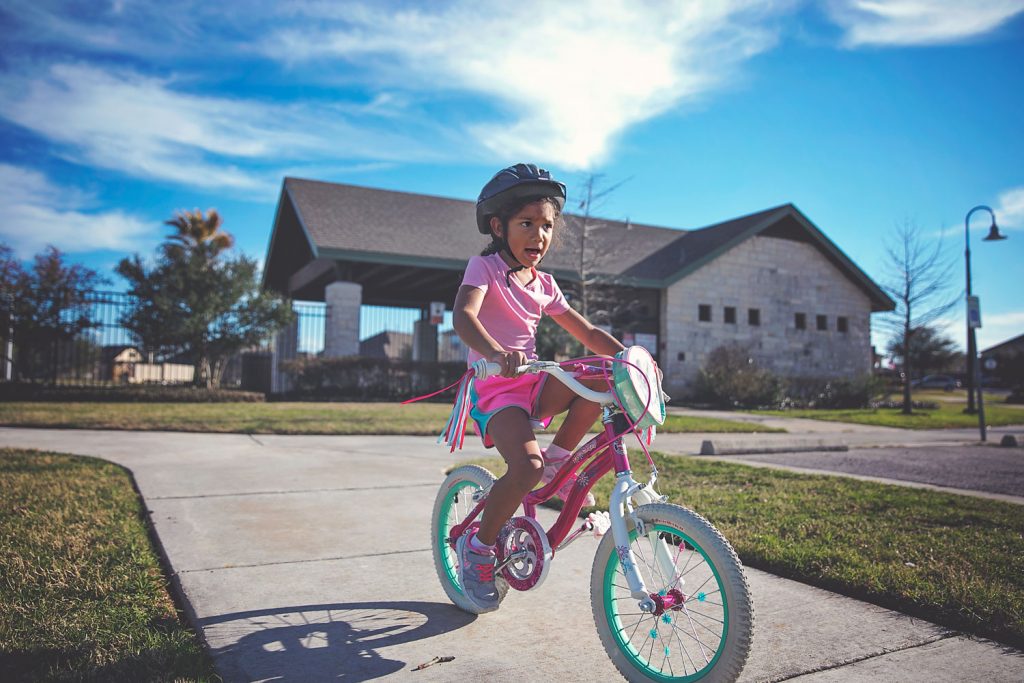 Children have a heightened sense of justice. When kids ask us about something, teaching them rules that are based in safety can go a long way.

I’ve noticed a couple of examples with this in our home. One day we were stopped at a red light and I noticed Lil’ J’s seatbelt wasn’t on correctly. I asked her to fix it. When she asked why I explained how she could fly out my front windshield if we were in an accident. She’s stayed buckled correctly since then.

So next time your kids ask you a serious “Why?” Resist the urge to say because you said so. Give them credit, sit down and have a grownup conversation about safety. Why they should wear a helmet. Why they shouldn’t run around a pool. And why alcohol has a legal age. Think of what a difference it can make in their lives as they grow up with a healthy understanding.

Responsibility.org has a program targeting tweens and parents of tweens called Ask Listen Learn, including resources on the developing brain. If you need help finding the words to explaining the why behind a legal alcohol age, this can help!

I don’t like this graphic at all! It puts the entire weight of such a decision on “moms”… In a day and age when we need to be fight back against the emotional and mental work moms already get stick with, now we add increased chances of alcoholism onto moms’ shoulders as well? ?

I am also a believer in giving age appropriate explanations for rules. Now that my daughter is 10 there are also the questions of why some of her friends can do certain things, ride without a booster, sit in the front seat of the car. As a mom who is hardline about car safety I explain why. The seat belt didn’t fit you properly without a booster and how that could hurt her in a crash, the airbags aren’t safe for younger bodies, etc. We also talked about every family has the right to make their own rules but I won’t change my rules based on someone else’s rules

This was a great read! It is very important to teach our children that rules based on safety can go a long way. This also paves the way to having good communication with them so when they become young adults and those uncomfortable questions start coming in they can actually listen LOL