Meet the Man Behind Those Stunning Wrinkle in Time Costumes

If there’s one thing that stands out in Disney’s “A Wrinkle in Time” it’s the immaculate costumes. It’s one piece of the puzzle I couldn’t quite put together when reading the story. Then again, I didn’t picture the three Mrs to be so gorgeous. I imagined old ladies wrapped up in bedsheets. Not glamorous dresses.

If you’ve seen the movie you know how stunning the costumes are, and how MANY there are. It seems as though every other scene the three Mrs had different dresses on.

The man behind those designs is Paco Delgado, and our group had the opportunity to talk to him about his inspiration while we were in Los Angeles last month. He said the tiny words on Mrs. Who’s costume cape were first inspired by graffiti.

“I was thinking, you know, that you walk into the streets, and graffiti is amazing… I don’t think a lot of people have really stopped to think about it. But graffiti is an amazing artistic expression,” Delgado said. “It’s not just, making a drawing of a butterfly. It’s like saying a message.” 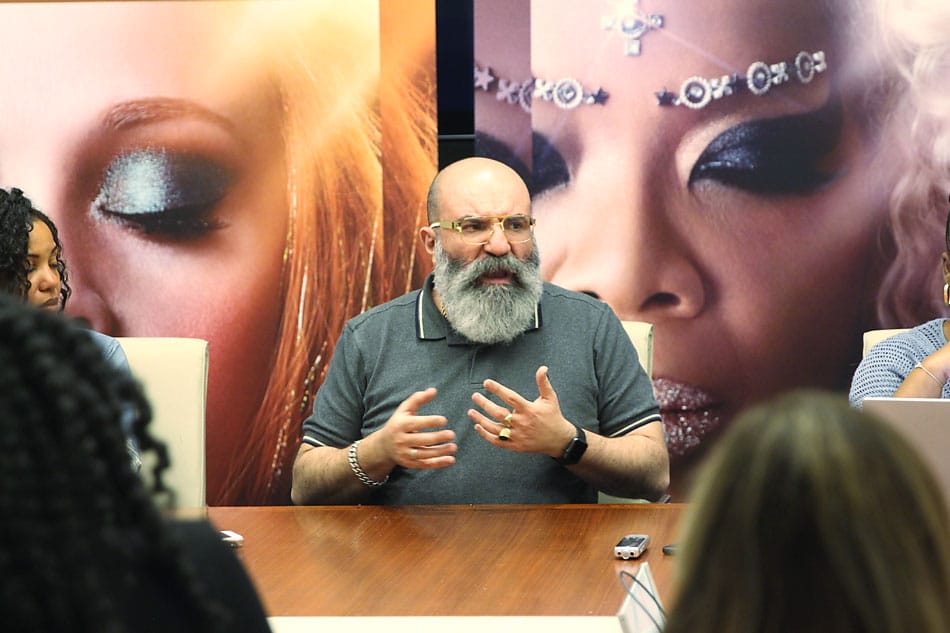 And that’s what led him to realize Mindy Kaling’s character Mrs. Who could have something like graffiti all over her dress. Then he thought of ways he could evolve the words beyond just the English language.

“We all use the Latin alphabet, but on that, I just thought, you know, I mean, she embodies all the culture,” Delgado said. “She has to have Chinese. She has to have, you know, an invented alphabet. Consistently being in the universe. And maybe she speaks a language of a culture that we haven’t encountered yet. Or maybe in 200 years we will encounter them.” 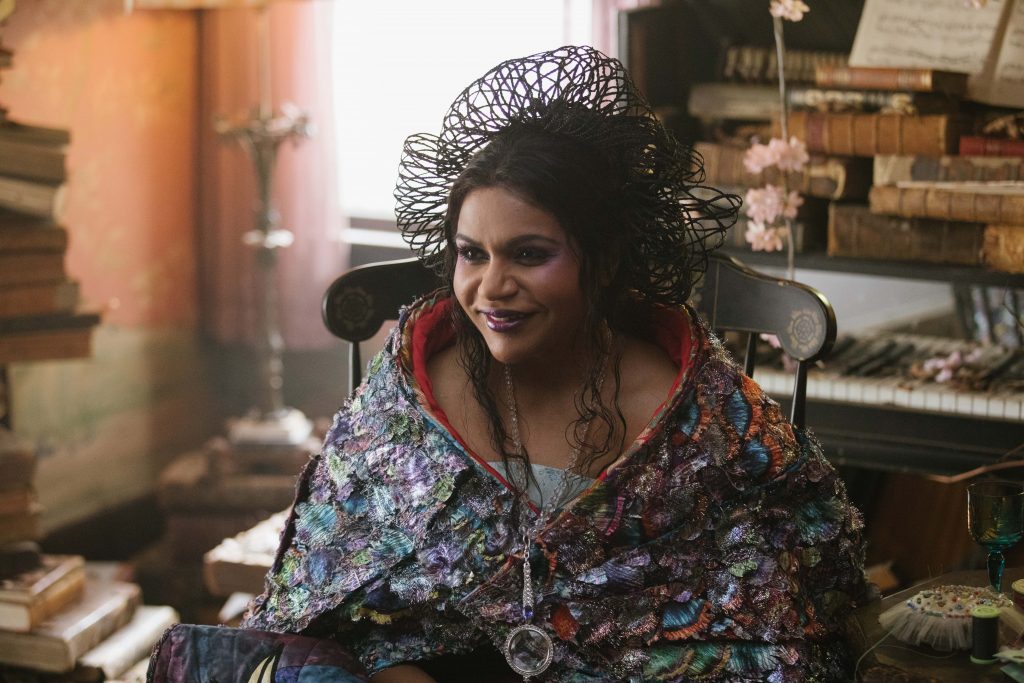 For more on our interview with costume designer Paco Delgado just search #WrinkleinTimeEvent on Twitter and you’ll see many more perspectives. And in case you are totally in the dark about A Wrinkle in Time, here’s a bit to get you up to speed: 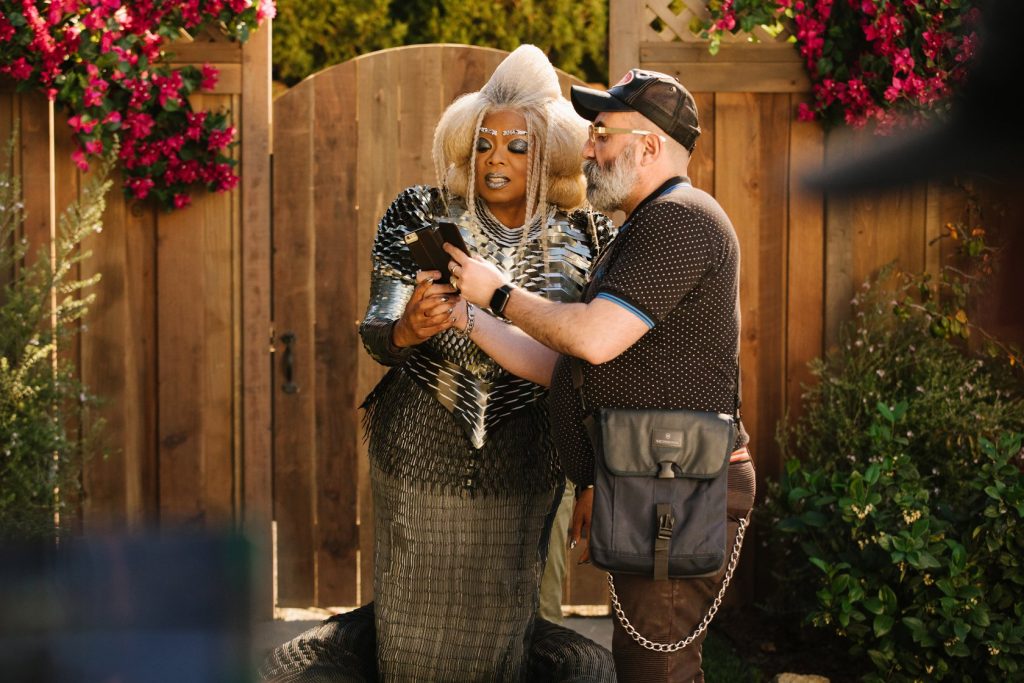 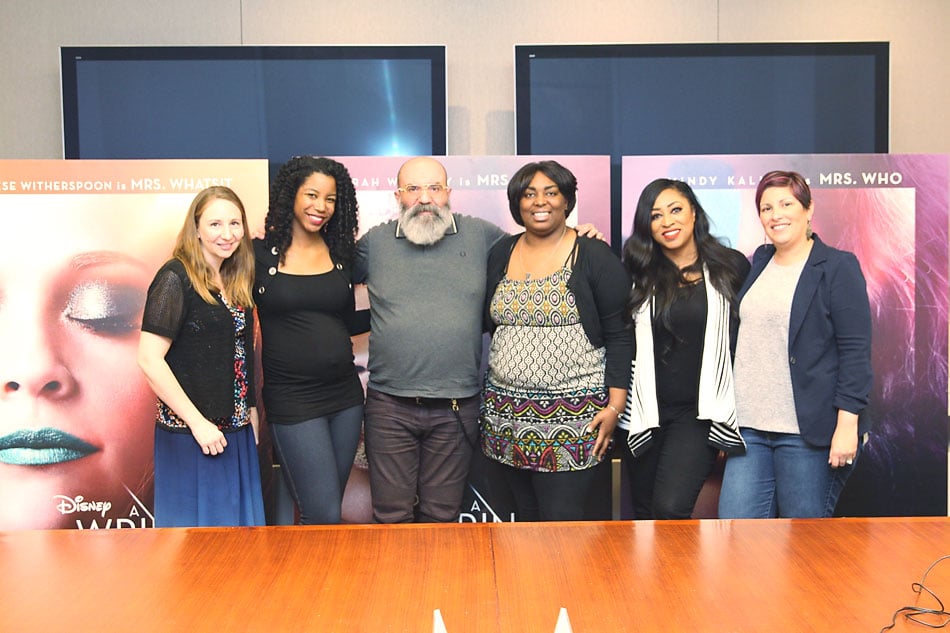