I’m sorry I don’t know your name. I didn’t even take a moment to ask you or apologize for the fact that my son whacked you with a pencil… Or at least that’s what I assumed happened after seeing the disgusted look on your face. I tried to act like I didn’t see him with the pencil as you yanked it from his hands but really, I wanted to say thank-you. Thank you for peeling it from his death grip. I would have done the same except for two things:

1. My son finding that pencil was the best thing that had happened to me since we arrived at the library. Before then he was opening cabinet doors that wouldn’t stay shut, darting out of the storytime room each time someone came in or out, or running through the automatic doors he just discovered could take him outside into the parking lot.

2. Taking it from him myself would have guaranteed a colossal meltdown and I just wasn’t wanting to deal with that.

Sure, he could have poked someone’s eye out. It could have been yours or even his own, but I’ve learned he has impeccable running-with-pencil skills and was willing to take a chance. 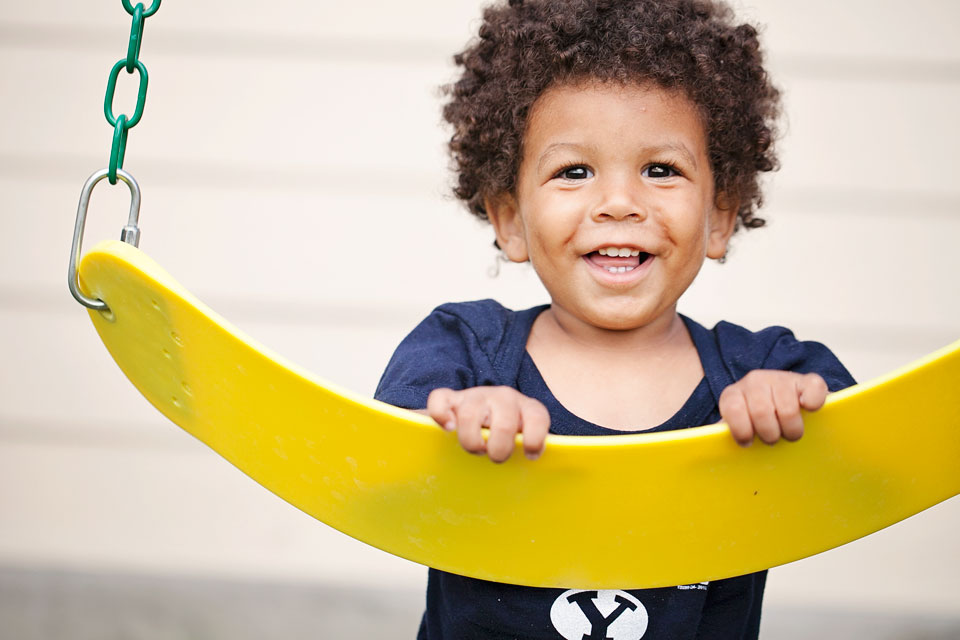 I’m sure when you looked over at me urging my daughter to have a seat, stay put, and listen to the librarian you probably thought, wow, this woman has her hands full she doesn’t even see her son with a dangerous deadly pencil. Yea, I get that a lot. Truth is my hands have been 5 times as full since having a second child and about 10 times that since my son started walking. It’s nice to go places where they can be entertained by someone else reading them a story every now and then, even if at times that occasionally involves walking around with potential hazards like writing utensils.

Also, for the record, I didn’t give him the pencil. It was within his reach on the table they had set up near the door he kept scampering through.

Thanks for not giving me the evil eye. I know you probably think I’m a terrible mother, which is why I avoided you the rest of the morning. But I’m really just trying to survive.

PS: A side note to the sweet librarian who insisted my son needed a crayon like all of the other kids coloring their art projects.

Thank-you for thinking of him. However I warned you my son sees crayons as a colorful snack more than a colorful crafting tool. Surprisingly he did manage to color his picture a little bit though, and his sister’s, and your back wall.

People just don’t understand that the struggle is real! I have a beautiful 14 month old son but I am almost afraid to take him in restaurants because of the looks we get. So what if he randomly yells or screams out whatever baby jibberish he wants, whenever he wants, to whomever he wants!

I remember those times. 🙂

Don’t worry, it gets better with age. Enjoy it!

I have a 6 year old and a 13 month old. My 13-month old is high energy and half the time I am chasing him around wherever we go. It can be quite entertaining.

Enjoy these days though cause before long they are back talking and all sorts of other not wanted behavior LOL.

Oh, girl, I SO hear how child #2 feels like 10 times the work – and I can’t help but wonder how nobody ever mentioned this prior to my having her?! Hang in!

I can totally relate to this post. I remember when my 2 kiddies were younger (their now 8 & 5) and being out in public with them and trying my best to hold it all together. Love this post! Your kids are beautiful.

This is hilarious!!! I can totally relate but I only have 1 (a 16 month old too) and this sounds like a total recap of our storytime experiences. Keep up the good work!