I got to visit Toy Story Land on a press junket trip this week and I brought my girls along. While I shared our adventures on Instagram I was so surprised how many people responded not knowing this place existed or where it was. I’m here to break it down for ya today folks and give you some tips on tackling it with little ones.

First off, Toy Story Land is at Walt Disney World, in Disney’s Hollywood Studios park. If you haven’t been in several years you may remember it’s location being the old home of the Honey I Shrunk the Kids Playground. Disneyland (Disney’s California Adventures to be exact) got Cars Land and Walt Disney World has Toy Story Land, which opened a year ago on June 30th. 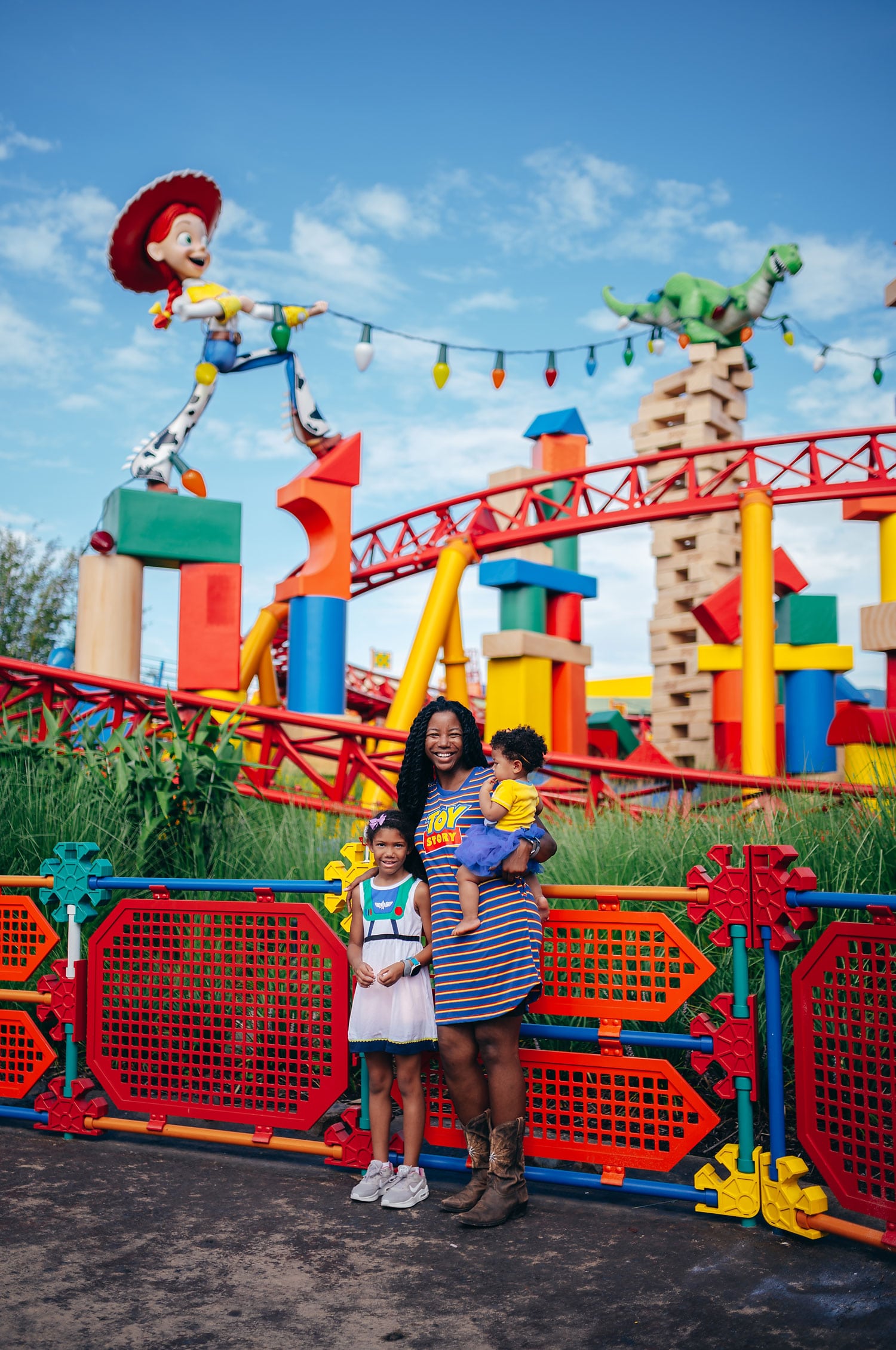 First let me break down the rides. There are three. 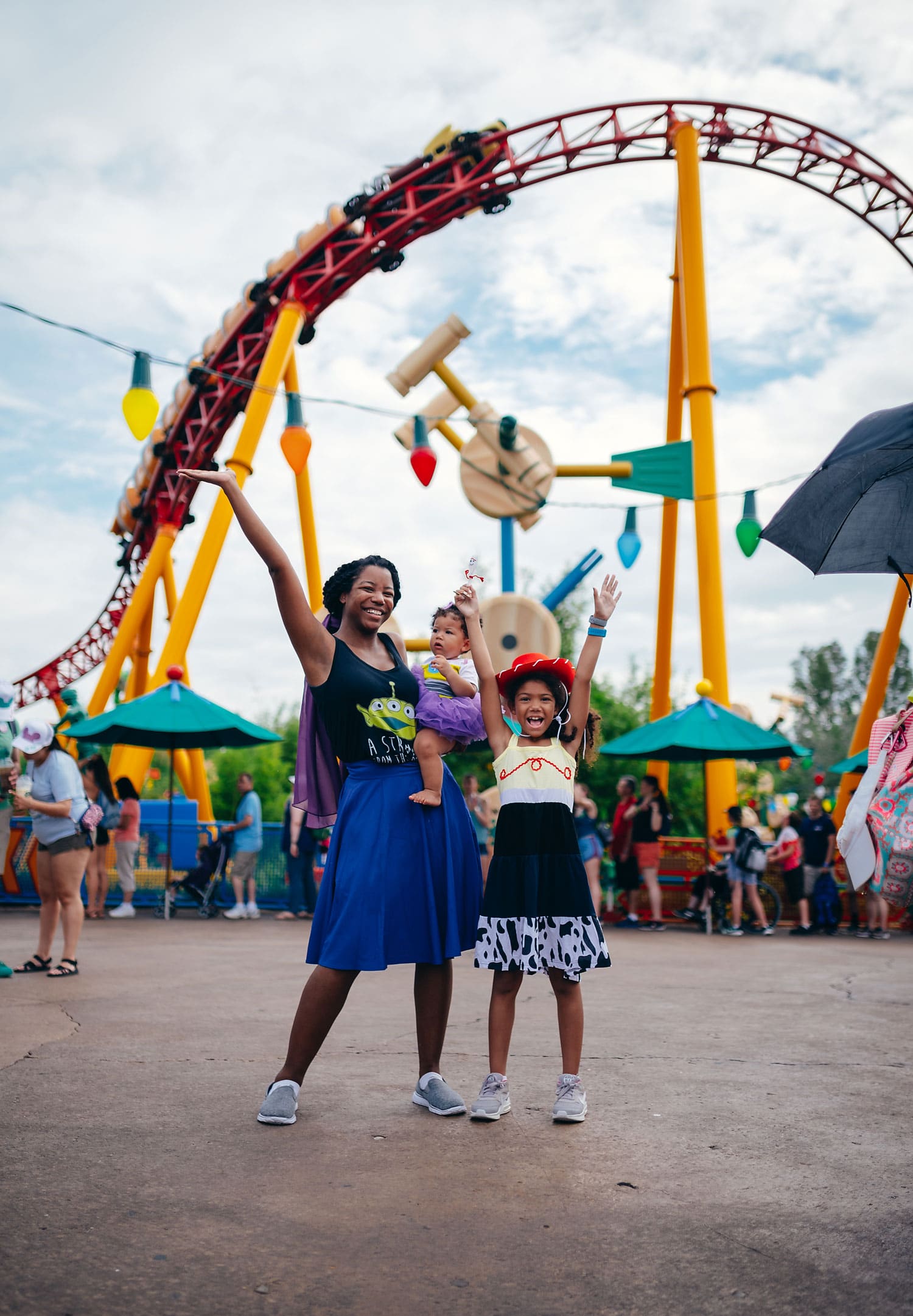 A smooth roller coaster for anyone 38in and up. Slinky Dog Dash is great for your shorter kiddos who have been itching for some coaster action. Neither of my big kids wanted to ride it and I wasn’t going to push them. They watched and it looked too high and too fast for their taste. I’m hoping they’ll come around some day. I have ridden it a few times and love it. I’m not a big fan of drops and though it has one it’s not too intense. 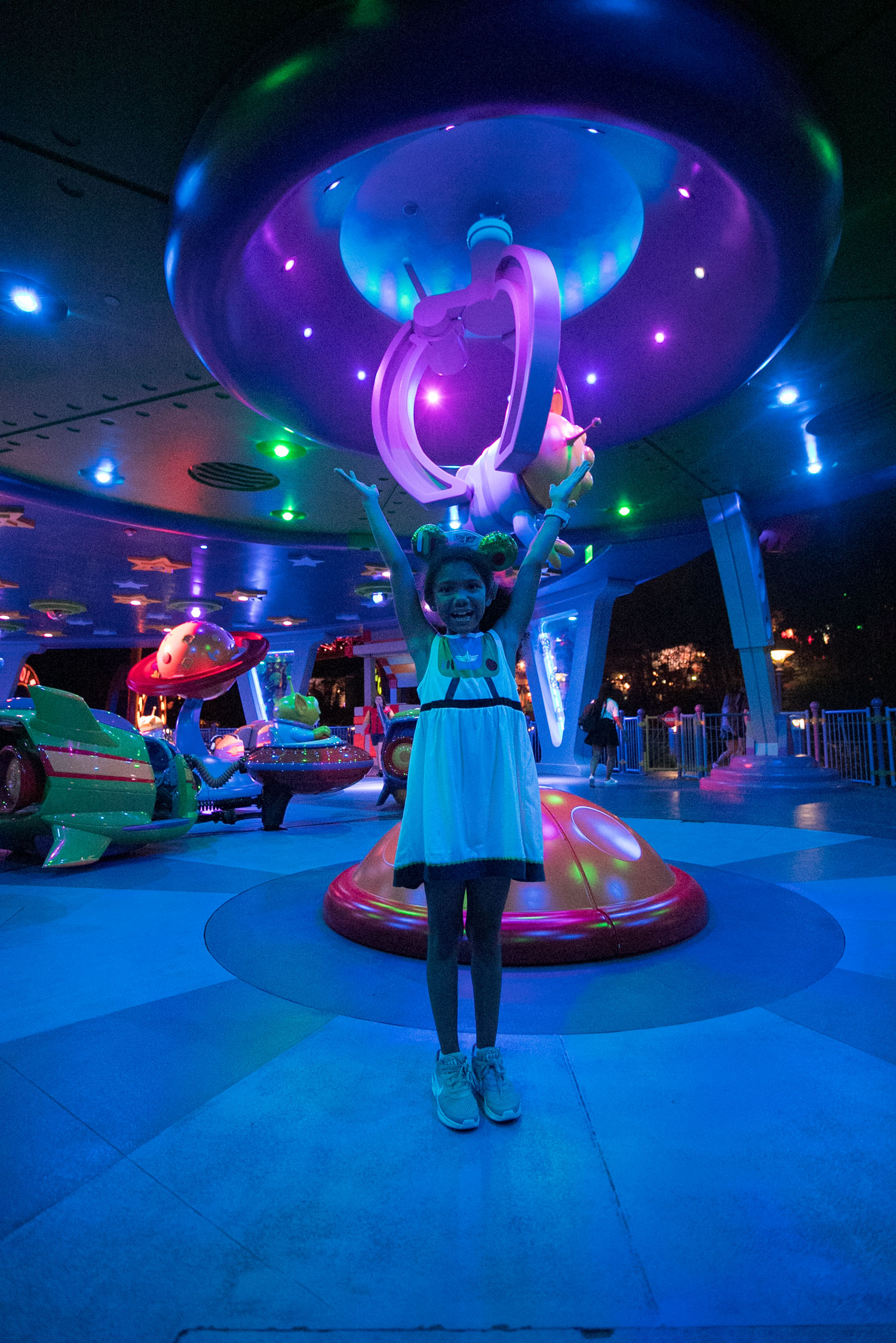 A twirling and spinning ride very similar to the Mater’s Junkyard jamboree ride in Cars Land at Disney’s California Adventures. The Alien Swirling Saucers are my daughter’s absolute favorite ride in all of Walt Disney World parks. It’s pretty quick, so I wouldn’t say it’s worth an hour+ wait, so book a FastPass+. Especially if your little one isn’t into coasters.

Still one of my favorite rides in all of Walt Disney World, and one I make sure we do Toy Story Mania every time. Mainly because the whole family can ride (there’s no height limit). We all love the fact that it’s interactive and that we can compete against each other. And no, I don’t go easy on my kids.

So now that we’re getting our FOURTH installment of Toy Story (review coming Thursday!), what’s new at this namesake park? Here’s the scoop.

Right as you’re exiting Toy Story Story Midway Mania and returning your glasses you’ll see a new little shop full of Toy Story merchandise. Including some of your favorite new characters (like Forky). Admittedly, I didn’t realize this store was new as I was leaving or I would have snapped some photos. But trust me, it’s packed with lots of goodies from all four movies. There are also some fun Instagram photo backdrops inside. 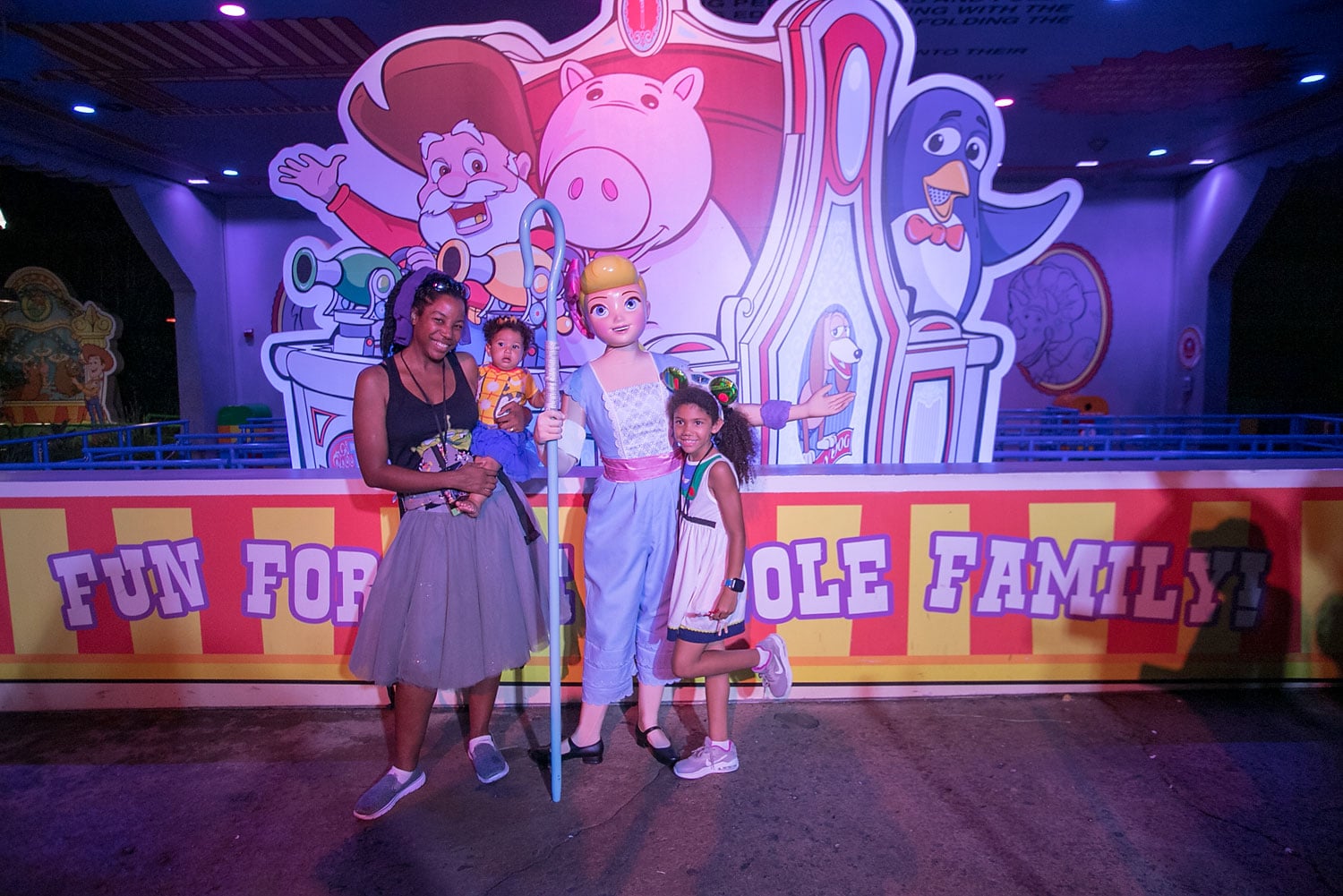 Bo Peep has ditched the skirt (and turned it into a cape!) and you can now meet her in Toy Story Land near Woody. Don’t worry, Jesse is still around. You can now meet her near the Alien Swirling Saucers with a decorative wall backdrop.

Look out for Forky 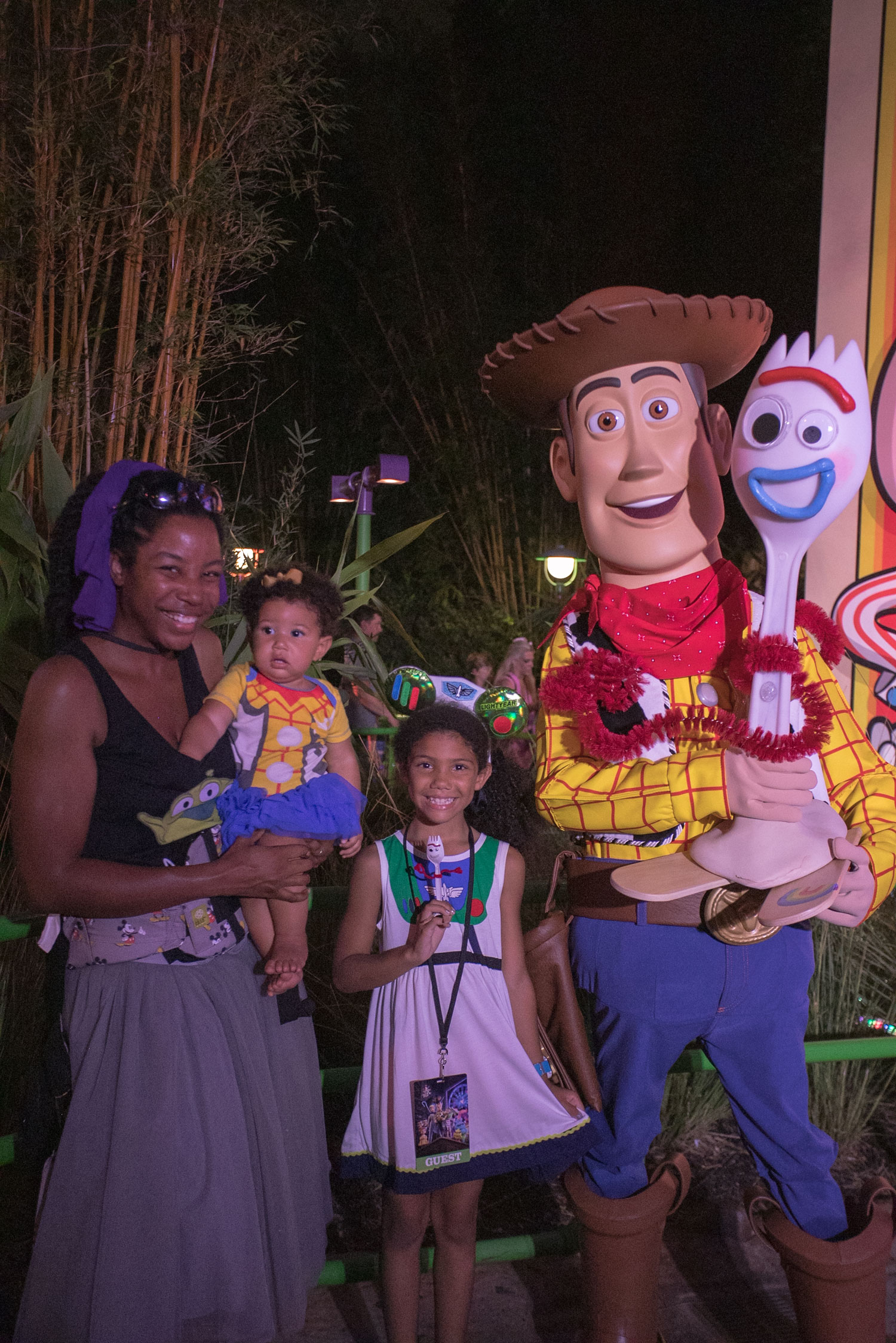 This soon-to-be fan favorite made an appearance at our press night at Toy Story Land with Woody. There’s no official word yet whether or not he will be a regular at Toy Story Land but look out for him just in case. Lil’ J was overjoyed when she saw Woody holding Forkey and just had to get a photo.

Toy Story 4 hits theaters everywhere June 21st! Our review will be up Thursday but hint: You’re going to want to see it. Here’s the trailer to get you pumped: 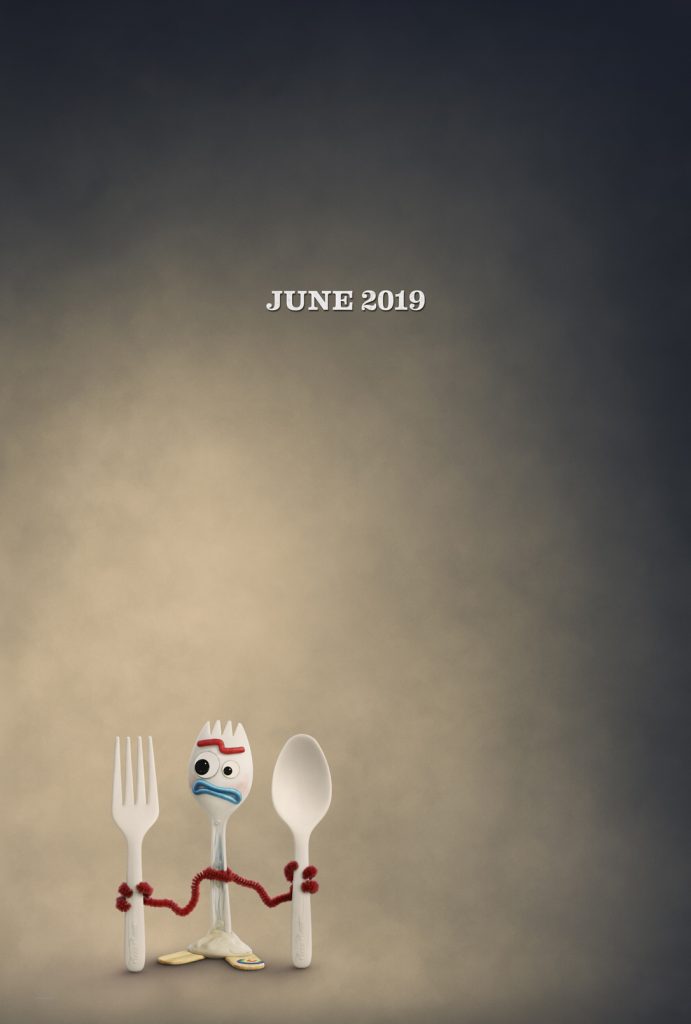