My parents let me be delusional, and I’m so glad they did

My favorite singer when I was growing up? Whitney Houston. Without a question. I wanted to be just like her (ok, this was before the drugs). I thought I had the pipes. I wasn’t afraid to sing in front of anyone. From school talent shows, to karaoke on vacations, and solos in front of neighbors. I thought I had a gift.

My parents never discouraged me, or told me otherwise. It wasn’t until a bunch of teenagers at a family reunion laughed at me that I got a reality check. Actually, even then I still gave occasional performances for friends and acquaintances–Anyone who would listen.

You know those people in the first round on American Idol who are so terrible, but they think they’re good, and their parents totally support them? I was a little something like that. If the show was around when I was 14, I totally would have been ridiculed.

Eventually my parents allowed me to take singing lessons to improve my “natural abilities.” Were my parents wrong for never telling me I sucked? Or were they good parents for allowing me to dream big and go for it? 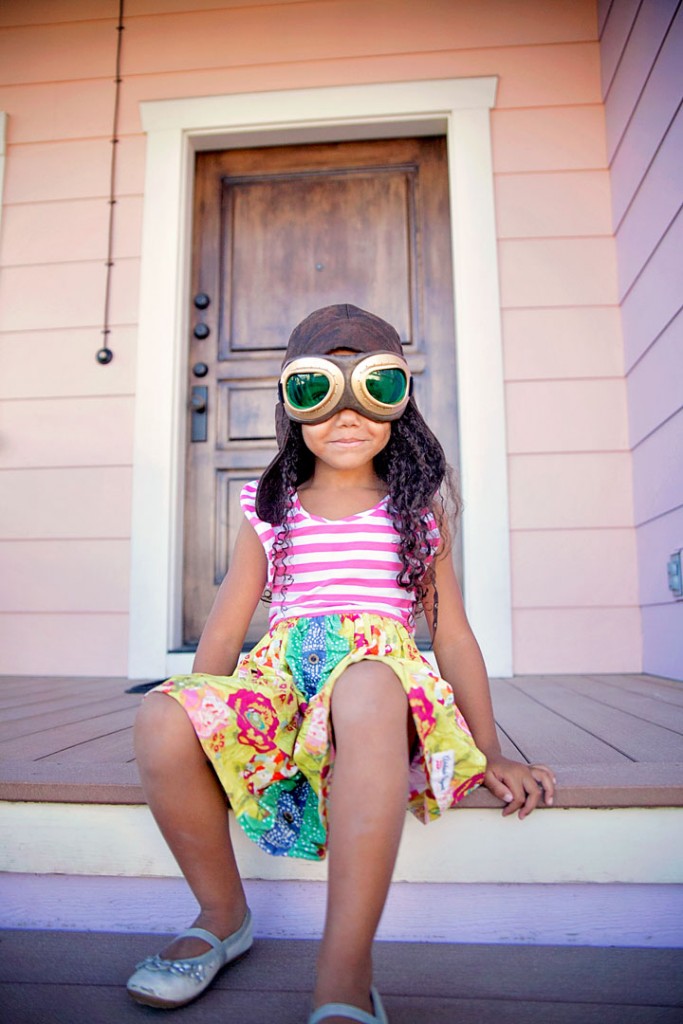 I met a woman whose mother told her own daughter she was born with a vocal cord abnormality, which is why she didn’t have a good singing voice and shouldn’t try to show it off.

I laughed with her as she told me that story, and how she believed it.–But I wondered if that was the way to go with raising my kids. Should I teach them to dream big, or to be realistic?

No matter how unrealistic my dreams appeared, my parents seemed to back me up. As I grew up, my dreams shifted and became slightly more pragmatic.–but I’ve always been one to shoot for the stars.

Lil’ J’s kindergarten teacher asked each of the class members to write down what they would be if they could be anything. They were instructed to dream BIG! My daughter drew–and I quote: A mermaid fairy princess. 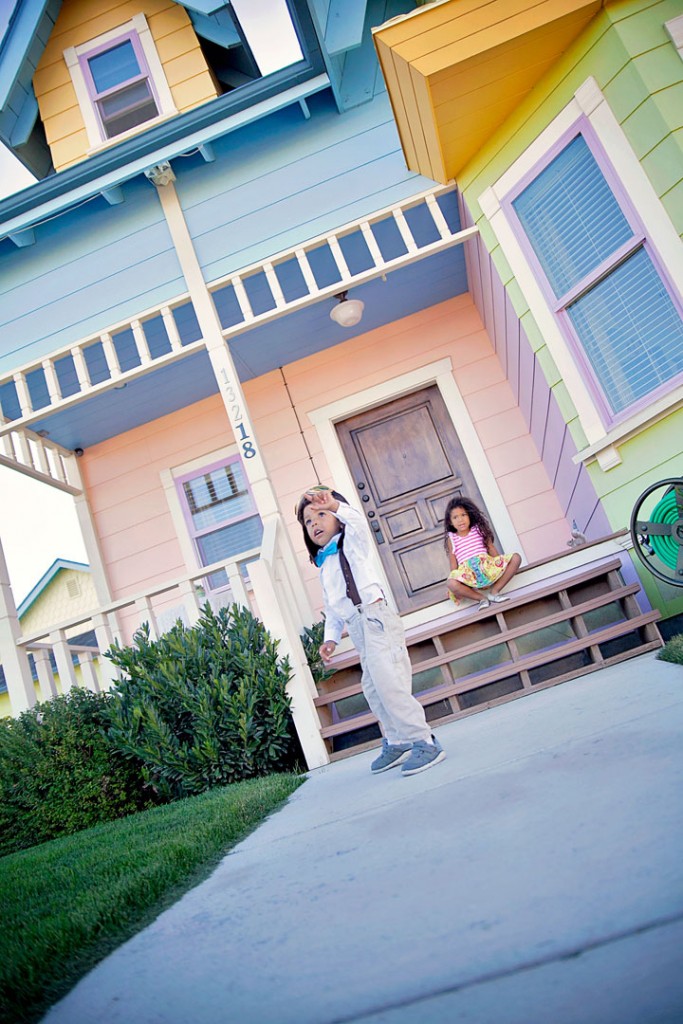 My daughter’s school is following the 7 Mindsets Academy curriculum and the first mindset they’re practicing is “Everything is Possible.” As parents we’re encouraged to resist the urge to give our kids reality checks, no matter what their dream is. The idea is to not be a pessimist or doubt their dreams.

I probably didn’t do the best job of supporting that plan, but I did tell her I thought it sounded cool. She’s five, so this will most likely change at some point. I just have to remind myself along the way that dreaming and believing big along with my kids, can go a long way in shaping who they become. 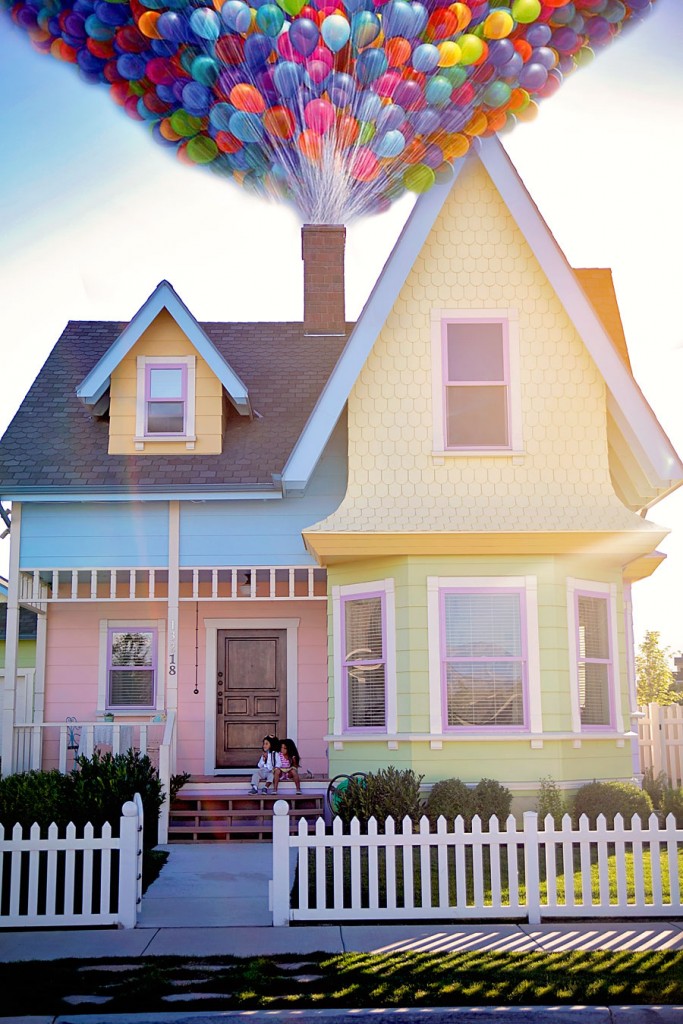 Carl and Ellie in Disney Pixar’s UP wanted to become adventurers. While they had years and years of adventures together, it was in his old age that Carl had the experience of a lifetime. There’s an UP house in Utah that I had to stop by and take pictures at with the kids. I feel like it’s a great symbol for dreaming big. I’ll share the rest on Wednesday!

That house is cool! And I loved the Up movie.

I don’t know about the dream big part. I think you have to know your kid. There are few reasons to not let kids believe that they can be super heroes when they are 5. I tend to think that once they start showing a strength or an affinity towards something thereafter, I would start to show how that skill is used in real life as way to channel their energies into something meaningful. I don’t know. I personally always dreamed of being an adult when I was a kid, ha-ha, so to me all of the good things happened when you grew up…and TBH, I still think that way. I love being in charge of my world, my choices, my life. You couldn’t pay me to be a kid again. Everything has turned out so great, how could I not love it?

I hope to transfer some of that to my kids. Not so much telling them what or how to dream, but to help give them the life skills that will help them be happy no matter how things turn out, no matter which dreams they choose, no matter what they decide to try. I think that is part of what your parents were saying to you by not telling you you could/couldn’t sing. They didn’t dampen your spirits but they let you deal with the results. I call that balance. I can imagine that if you asked for help and you explained your vision, they supported you. You will likely do the same for your kids.

I think you’re right in that it depends on the kid to some degree. I think I always have been a big dreamer even without my parents encouraging me to do so. It’s just in my nature. But I’m glad my parents didn’t damper that. I can see similar qualities in my daughter so far since every few days she exclaims she wants to be a princess singer/dancer/ice skater.

You won’t ever catch me discouraging a dream, but maybe encouraging to dream even BIGGER. I think they’ll figure it out in the end, but I don’t want to be the one to necessarily say “Well… you’re going to have to do X, Y, Z… ” in a tone that makes them think it’s not worth it/unachievable. It’ll be interesting to see how my son is though. So far my daughter seems like a little clone of me with a lot of her personality. My son seems quite different.

I love this so much! My parents TOTALLY let me be delusional and I think it is the best thing parents can do for their kids. Reality will eventually come into play, but that confidence during those early years have helped my continue to be confident into adulthood.

I’m so with you Lauren! Reality will hit whether or not we’re the ones to bring it to them, I’d rather cheer them on and let them figure it out as they grow up.

My 7 years old wants to be a Disney Chanel Logo and I am totally ok with that, hahaha!

A Disney channel actress Suze? A couple of my sisters wanted to do that! haha. They’re so cute!

Not just an actor but he wants to be the actual logo, hahaha!

I’m with you mama! I am STILL delusional – but my parents let me do and try whatever I wanted. Really good post!

This info is worth everyone’s attention. Where can I find
out more?

Love this post! Just found it while googling “Walt Disney” and “delusional.” I know many people would have considered him delusional, while he was sketching out his plans to build Disneyland, when nothing like that had ever been done before. Eric Worre has a great video about “being delusional.” Had to share : ) https://www.youtube.com/watch?v=7E-eVNMxhIM Keep up the good work, your blog is beautiful!