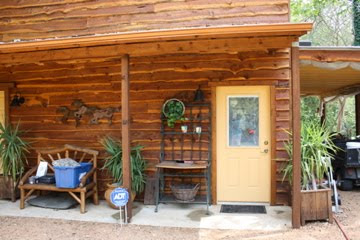 I’ve been wanting to write about this for awhile… I even almost snuck in a post during, but I had to resist, leave you with this, and enjoy my time away. I had such a fun time… I already split some juicy details here (family, you can skip that post!).

Finally, after 9 months of having this blog, going back and forth, and LOTS of contemplation, deciding I was as ready as I was going to be, convincing my husband he was too, I was accomplishing one big goal and a series of others on my vacation.

It wasn’t a long trip, I had just planned on one night because I had to be at work on Wednesday morning and wouldn’t have been able to get back in time staying two nights. Jo Anne, the lovely lady who owns the place we stayed, was nice enough to make an exception for us for her two-night minimum rule.

We stayed at the Colorado River Retreat in the Casita Dl Colorado Cabin. and boy was it BEAUTIFUL! Seriously, if you’re ever visiting Central Texas and are looking for a romantic getaway, or even a girlfriends getaway, you need to visit this place. It was secluded… Which was what I was going for, and the reason I opted against the beaches I was looking at. But it was also in a great location, not too far from Austin, but away from all of the noise!

Our cabin was right on river, and though there was a kayak and bikes we could have used we *ahem* spent most of our time inside. 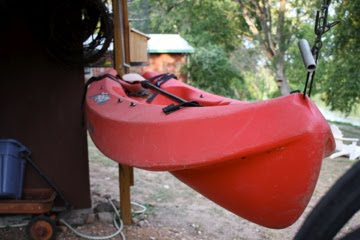 When we first got there we were greeted by this little fellow: 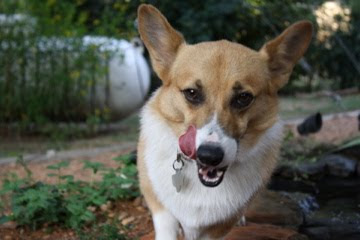 An adorable little pooch who made himself at home when we walked in. We didn’t mind though, and Snoop didn’t seem to mind either, in fact, they became friends!

We walked around the area, down near the river, and sat on the benches by the water. I noticed a fire pit.. Which we also didn’t use, and a trail. I thought about taking the bikes for a spin but then I remembered this little fact and opted against it (I know one ride isn’t excessive but still… Better safe than sorry!). 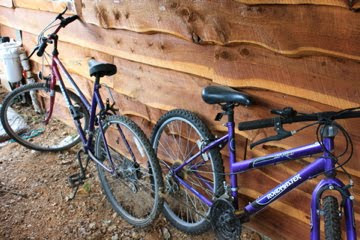 We set our stuff down then went back out to the local grocery store to get snacks.. All junk of course, but it was SO FUN. Just to pig out, relax, and spend time together. 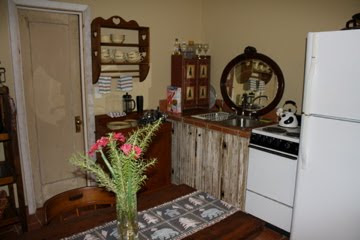 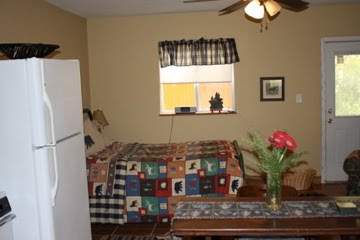 We brought a few movies, and did watch a little TV… That’s one thing I’d probably change the next time we go… Watch less TV! I hate when I just watch TV on my vacations. I have TIVO at home for heavens sakes!

Our big 5-year anniversary is coming up in December and I hope to go back there to celebrate. It doesn’t really snow here, but it will still be a fun place for a getaway during the cooler months too, and I’ll have more time off so we can stay a couple of nights. 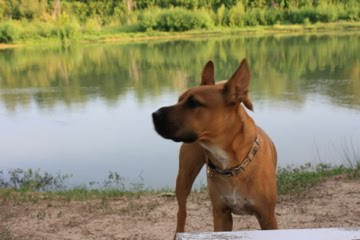 All around I think it was a great way to wrap up our practice plays and kick off the real game. Even if I’m not lucky enough to have gotten it right the first month, it was still a great way to celebrate this life-changing move. A little over five years ago we met, not long after we were engaged, and two months later we were married. After three years we adopted Snoop, and he’s been my “little baby” ever since. Following nearly five years of marriage, and a year and a half of “puppy practice” I’m finally ready to take the next life-altering step, and I can’t wait to see where we go from here! I guess I’ll have an idea in two weeks.

Can’t wait to hear how your trip REALLY went!!!

Great way to get things started!

I’m moving back to Texas next year and I’m totally setting a summer trip for there. I’m hoping and wishing you the best on this journey! YAY!

Wow! So exciting.. I guess time will tell 🙂
Looks like such a fun place.

Good luck!! I hope it works for you the very first time – if not keep trying it will happen. 🙂

I sure you guys had a great time! (wink) Best of luck to you!

And Snoop looks so handsome next to the water. I bet he had fun, too!

You’re in the 2WW (two-week wait) … Good luck! Hope you get your BFP. It sounds like you did everything right.

Aw that looks so fun. I hope it worked. We’ll see… Good luck

Wishing you both (er, three, maybe four, soon?)all the best! I was laughing reading your juicy details – too funny! And what a relaxing retreat!

You got SO many great pictures with your camera! I love them! Sounds like you guys had a really great trip. I love your post on Conceive too.

I know you are super busy, but I decided to do my first giveaway and you are a shoe-in with such great odds so you have to enter! Have a great weekend!
http://newlyidentified.blogspot.com/2009/09/home-again-first-giveaway.html

it sounds like you had a whirlwind courtship…so sweet!

Okay I have been hysterical all day about egg whites! I’ve never heard that term before! I’m so excited for you, good luck! I bet your hubby loved that little trip. It’s fun that you two are on the same page about it and can enjoy this part of the process together 🙂

looks like your out having fun. Wanted to remind you about my giveaway party.. the last 12th and 13th items will be listed tomorrow then they start ending on Sunday..

so swing by and enter… and feel free to blog or tweet a bit for me.

Looks like such a relaxing place to visit. Good luck to you guys! Have fun!

that sounds amazing and very relaxing!

Stopping by from SITS to say hello! Have a great Weekend! 🙂

Hi, I’m stopping by from SITS just to share some comment love! I hope you’re having a wonderful weekend!

Looks like a great place for a get-away! Glad you had a wonderful time and praying for the results you are looking for 😉

I saw your comment on SITS today and had to stop by! I love your blog. Prayers and baby dust headed your way!!!

OMG!!! What a super way to kick things off. I’m soooo excited for you.