My Simplified Game Plan for Homeschooling My Preschooler

When it comes to schooling decisions we are taking it year by year and kid by kid. I’ve finally settled on the approach we’re taking with our son this year. Today’s post is sponsored by LeapFrog, but the story, and opinions I’m about to share are all my own.

I went back and forth trying to decide if my son would go to preschool this year. He is a completely different kind of learner than my daughter. He can sit and work with his hands, build, and play for hours. But he’s not one to sit down and color a piece of paper, work on crafts or anything like that. But I have a serious problem with underestimating him. He’s my youngest and in my eyes I still seem him as a 2-year-old. Not the 4-year-old he is. I often assume he can’t understand me, or he’s not ready for chores, this or that, but I’m totally selling him short in the process. 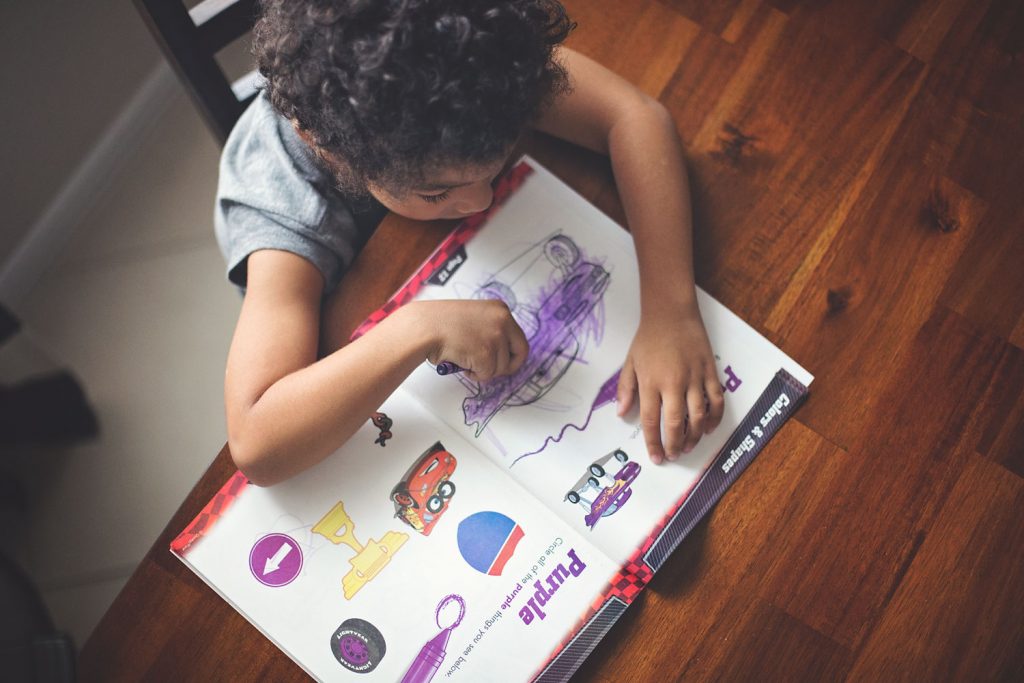 He is finally starting to sit and listen to a lot of books, he’ll make requests for what he’d like us to read to him, and he’s communicating a lot better, so I figured we’d give some preschool a try at home. Last year I didn’t do much with him since I was just getting my footing with homeschooling Lil’ J, but this year I’m going to put some of the focus on him as well. He will still be in his gymnastics mothers’ morning out program four hours a day twice a week, but the other three days I’m going to try to have a little schedule planned for him as well. I’m still working out the kinks but here are a few things I’m wanting to experiment with.

I’m not a pro at putting together Montessori lessons but I did try a couple last year. The first one involved me taking a muffin tin and putting a different colored piece of construction paper at the bottom of each circle. Then I gave him tweezers and had him move different-colored puff balls from a Tupperware container to the matching color paper. I showed him how to do it once then he took over. I was thrilled when he completed the task with a proud look on his face then proceeded to do the activity two more times.

The second one involved a bowl of hot and cold water and tongs. He moved his color-changing card between them. He loved this too! 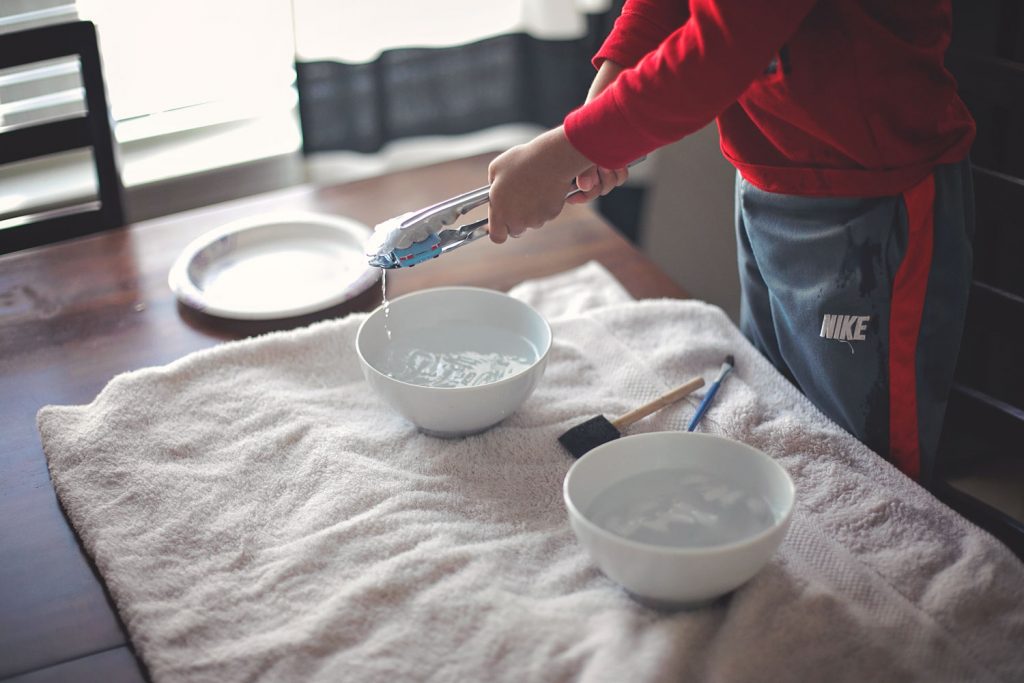 The next day I researched a dozen other Montessori activities and hit up the dollar store to make a handful more to try later that week. He liked one with bowls of hot and cold water that he could change the colors but he decided he’d rather play with his toy trains and dinosaurs and I gave up, considered it a bust. I think that he would be interested in more of these activities but probably not back to back, and in short increments of time.

This is an online interactive learning tool for kids 3-6. I thought LeapFrog would be a great brand to partner with because we love their educational videos on Netflix. They recently launched a new online/app based learning program and we just started it last month. As I was getting it going I thought it may be more for my daughter. She is struggling a bit with reading but excelling at math and really savvy on computers. I set up profiles for both of them and my daughter was chomping at the bit to try first. I set her level to intro to 1st grade–The highest option right now, and she sat down and as I expected, started flying through it. 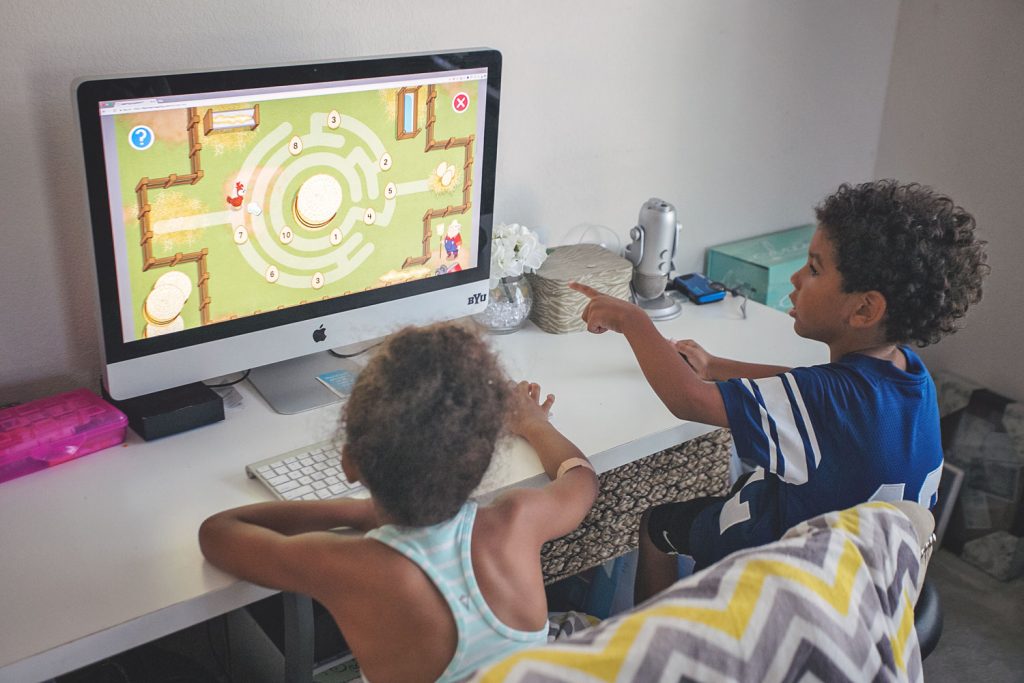 She did get hung up on some of the reading words but what I loved about the game is that it has a very good mix of fun and education. We’ve tried a couple similar programs and usually either she gets bored with education games that are all flash cards or trying to get correct answers, or I cap limits on games that offer no educational value. So far this seems to have a really good mix of both. My Learning Lab gives extra practice in subjects she needs help mastering and gives more difficult activities to challenged.

Next up I gave my son a try. There is an app I can install on our iPad, and I knew since that’s what he’s familiar with he’d probably be able to play it better, but I figured since we were already on the computer I’d give him a shot.

I set up a profile for him, choosing the pre-k level. Mind you he’s never sat at a computer before, besides to bang on my keyboard and drive me nuts when I’m trying to work. This was my first time showing him how to use a track pad and computer. 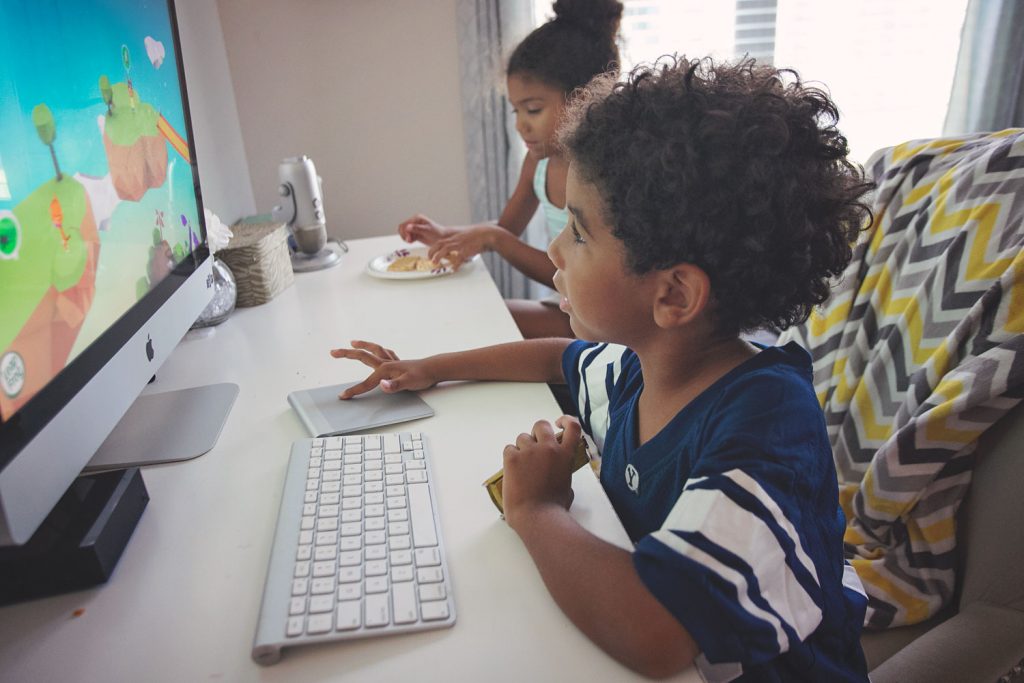 Once again, I realized I have seriously been underestimating his capabilities. It took a little bit of coaching but within a couple minutes he was getting it on his own and laughing at making the game work. He was really excited to be using the computer on his own, and did really well identifying the numbers on the screen and completing the game. But his attention span was much shorter than my daughter’s. He was ready to go back to playing with his cars and bridges after three or four games where my daughter probably could have played for an hour. But you know what? That’s totally ok! I’m putting this down as a free-time activity for her, and a lesson activity for him during this school year. I’m excited to see how it goes and watch his skills progress.

I’m taking this approach with a bit of trepidation because I don’t want to go overboard and stress either of us out. But I feel pulled to play with this a little with my son and see where it leads. See, he has an incredible memory. He knew all of his letters at 2 just from watching YouTube videos of letters on a train. I’ve told him the numbers of his Cars toys and he remembers… “Lightning McQueen is ninety five”, “Cal Weathers is forty two” and so on. 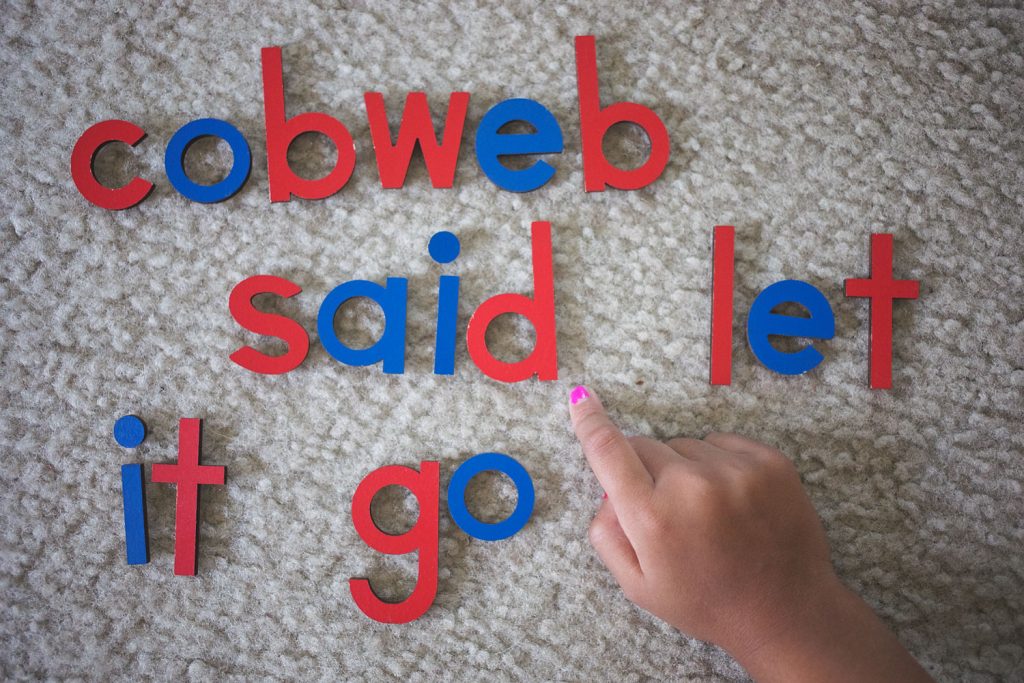 When I present information in a way that’s interesting to him, he will remember a lot. So I’m wanting to play with sight word flash cards, and letter sounds. Nothing too intense and only for 5-10 minutes a day. But I think if I stick with it, he will really pick up on it. And if he doesn’t? No pressure, we can try other strategies.

I think the main thing with this guy will be remembering his short attention span. And not forcing him to do any activity for too long. Going for 5-10 minutes then letting him take a break while I work some more with his sister. Most importantly I want to incorporate things that make learning fun for him. That will likely mean incorporating his dinosaurs and toy cars. I really don’t want to stress out about this, but keep it simple and enjoyable. We’ll still plan a lot of time outside and time for me to read aloud to both of them. I may even get Lil’ J to do some kind of learning activity with him daily. Maybe even just selecting his profile on Leapfrog Academy, or doing a puzzle with him. Something that gets her helping and keeps both of them learning and learning how to work together.

Do you have preschoolers? What are your strategies for encouraging learning?

I’m passionate about getting my children excited about learning. That’s why I’ve partnered with LeapFrog for 2017, to share our journey to making learning fun and inspiring my kids to be the best they can be. LeapFrog Academy takes kids on Learning Adventures that guide children around the islands in My World to explore eBooks, games, puzzles, videos, music, and art activities. Adventures focus on specific subjects and have titles like Get Ready for Preschool; Letters, Sounds, and Rhymes; Math and Science; and Critical Thinking and Problem Solving. You can learn more about the program and sign up for a free trial here.

Hi! Just wanted to recommend Letter Factory, which I believe is another Leap Frog product, for learning letter sounds. It’s a thirty minute movie that taught my daughter all her letter sounds within a few days! I think it’s on Netflix now, but we bought it on iTunes last year.

Oh yes!! Thank you Katie! My daughter actually loved watching that on Netflix. I should try to introduce that to him too.

Super cute! Thanks for sharing.