Mormons and Jews: We’re More Alike Than We Think

I’ve been home for a few weeks and still trying to process the experience. Three weeks ago I got on a plane and flew further from home than I have in my entire life. About 15 hours later I landed in a little country about the size of New Jersey smack dab in the middle east. A little country called Israel.

Luckily last month I challenged myself to a crazy task to record and edit a video a day. If I hadn’t I’m not sure I would have documented the experience as thoroughly as I did. I’m so glad I did though. Every time I watch them I’m taken back to the beautiful country, people, and delicious food. And reviewing them will help me describe the experience. If you missed my daily travel vlogs from Israel while there you can catch up here.

So what was I doing in Israel anyway? 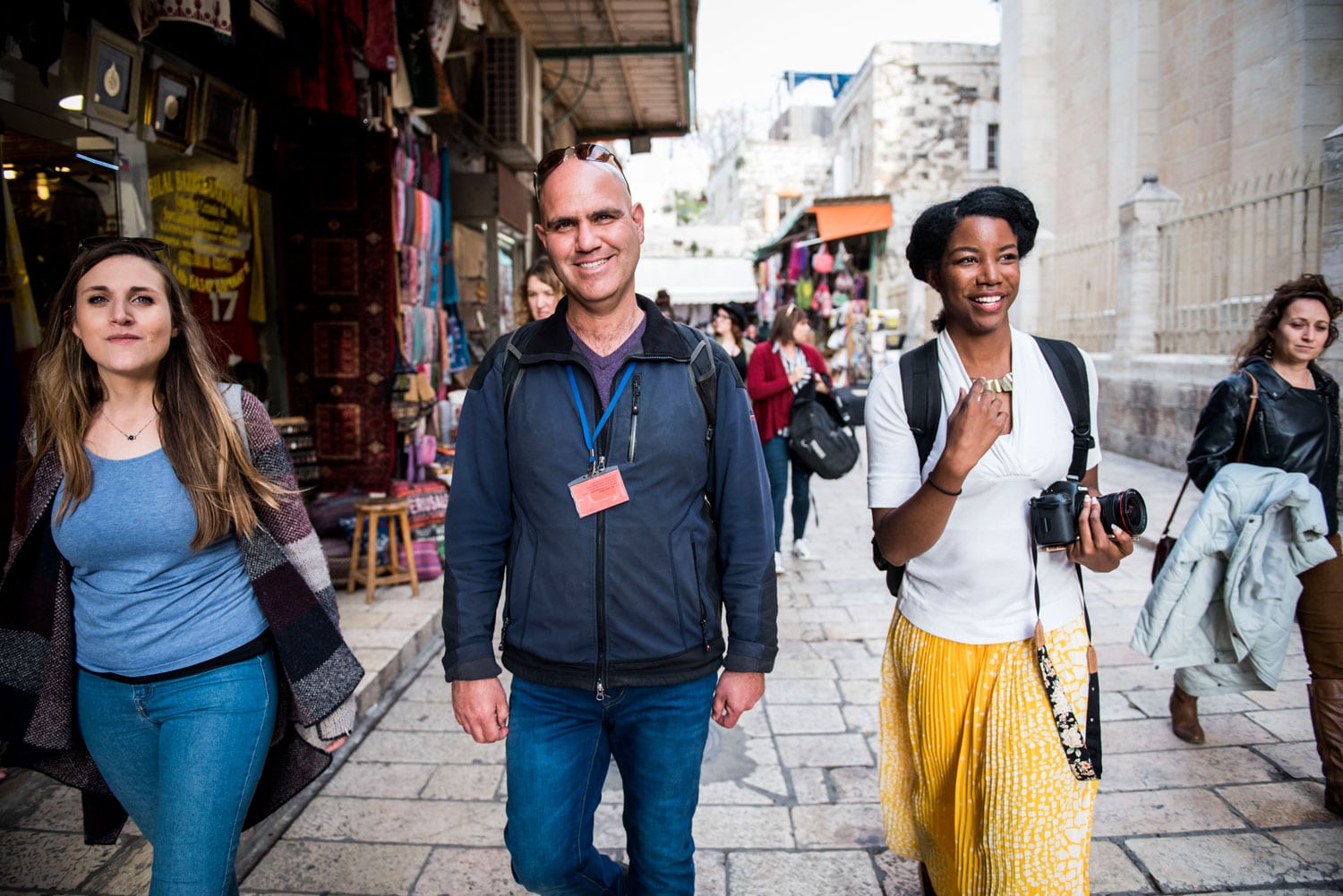 Vibe Israel is a nonprofit that’s working to create new conversations about Israel throughout the world. They invite influencers from around the globe on tours several times a year. I was invited to be a part of the 2017 Mommies Tour. The experience is less touristy and more of an opportunity to explore the people and culture of Israel.

Visiting Israel as an American was one thing, but visiting as a Mormon made things especially interesting. The LDS (Mormon) church has doctrine about members being adopted into the Tribes of Israel and the eventual gathering of those tribes. Our church believes it’s not so much a literal gathering to one place, as it is missionaries spreading the gospel to bring people (from those different tribes) into our faith. (Though based on an agreement, Mormon proselytizing doesn’t take place there). 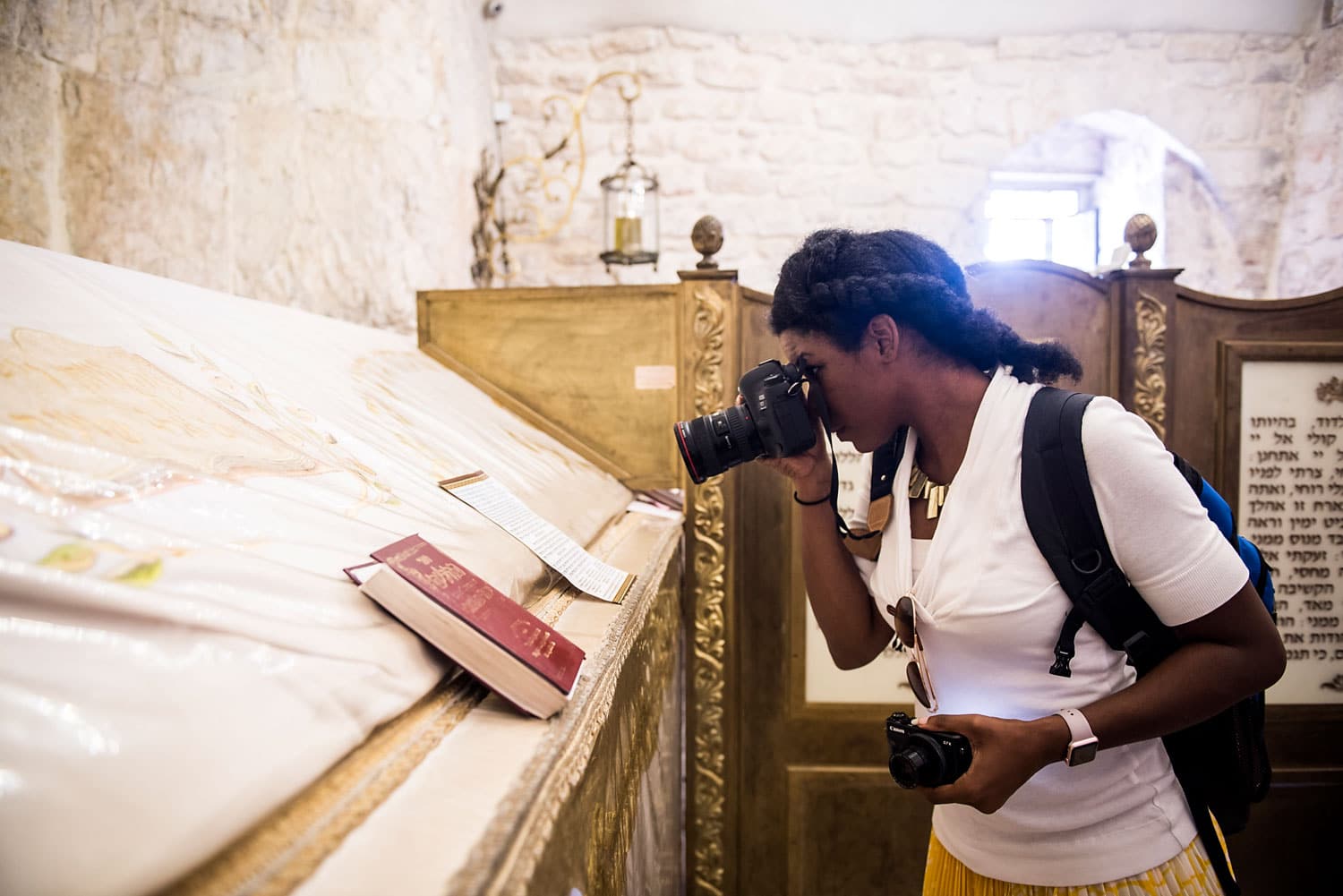 Ok, so I’ve been fascinated about Israel for a little while. I’ve been dabbling in world religion studies for the last year and Israel comes up over and over. Jerusalem is holy place for three of the world’s largest religions: Christian, Judaism and Muslim.

Noticing the similarities in religious culture and some traditions was truly beautiful. I realized that Mormons and Jews may be more alike that we think. Here’s how: 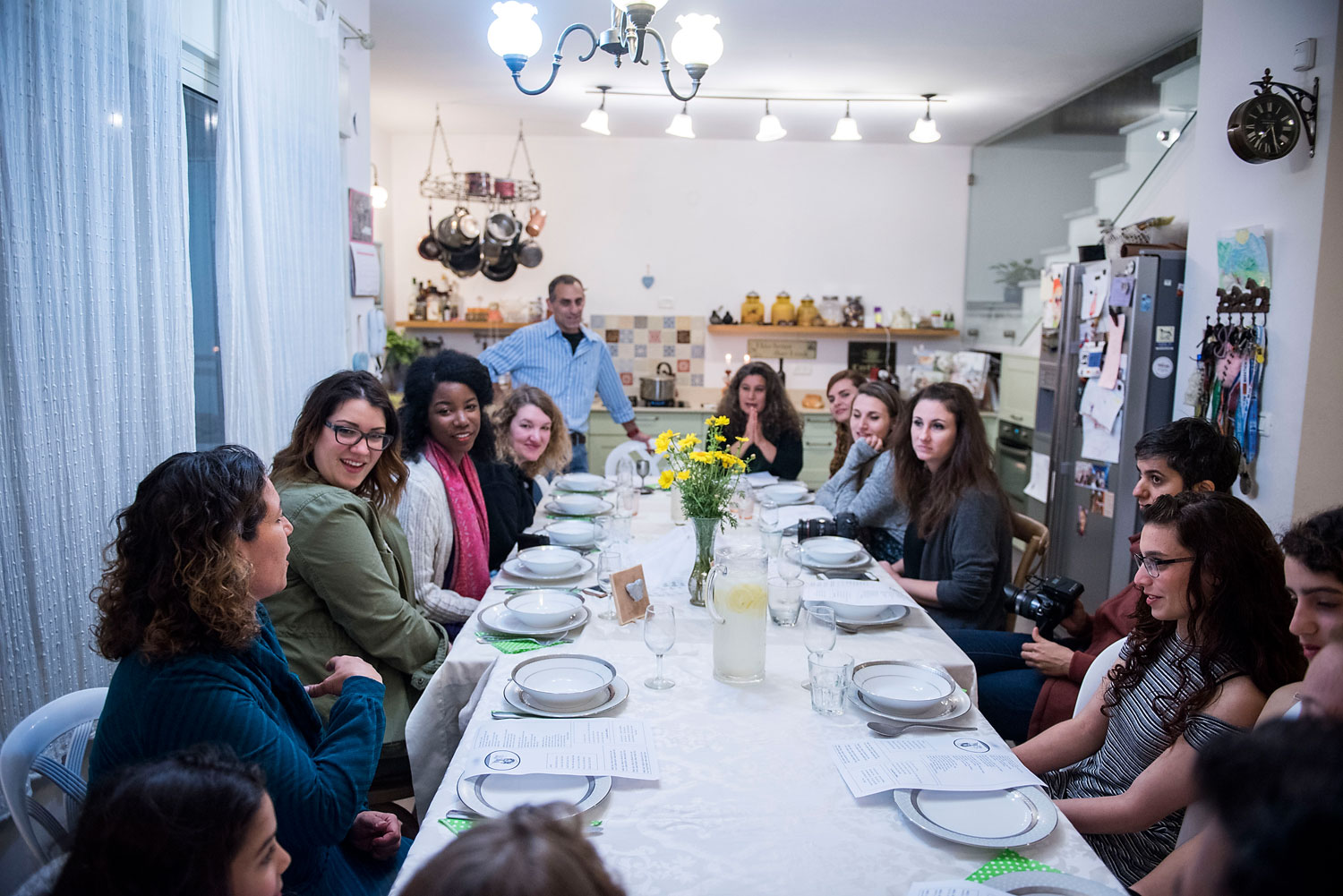 One of my favorite experiences in Israel was the Shabbat dinner we had with the Hermoni family. At sundown we sat around the table, had great conversations and good food. They kicked off the meal with a prayer and songs. It reminded me of what many Mormons do (usually on Monday nights) called Family Home Evening. Families typically stay in together, go over how things went during the week, and just reconnect. These meetings also typically start with a song and prayer.

It’s not something my family does officially, but participating in Shabbat made me realize it’s something I definitely want to reinstate, especially as the kids get older and our schedules get busier. Reconnecting at least once a week is so important.

No, I’m not repeating myself… Well, not exactly.

Shabbat is the Jewish Sabbath and it’s on Saturdays. Friday night at Sunday everything (ok, well, most places) shut down. And people enjoy a day of rest. In the Mormon religion (and many Christian religions) this happens on Sunday. Now here’s the kicker… In Israel, Mormons actually have church on Saturday as well! Guess it doesn’t make a son of sense to avoid everything on Sunday when you can’t do much on Saturday anyway. Sunday is a regular work (and school) day in Israel.

Zion in Israel vs Zion in Utah 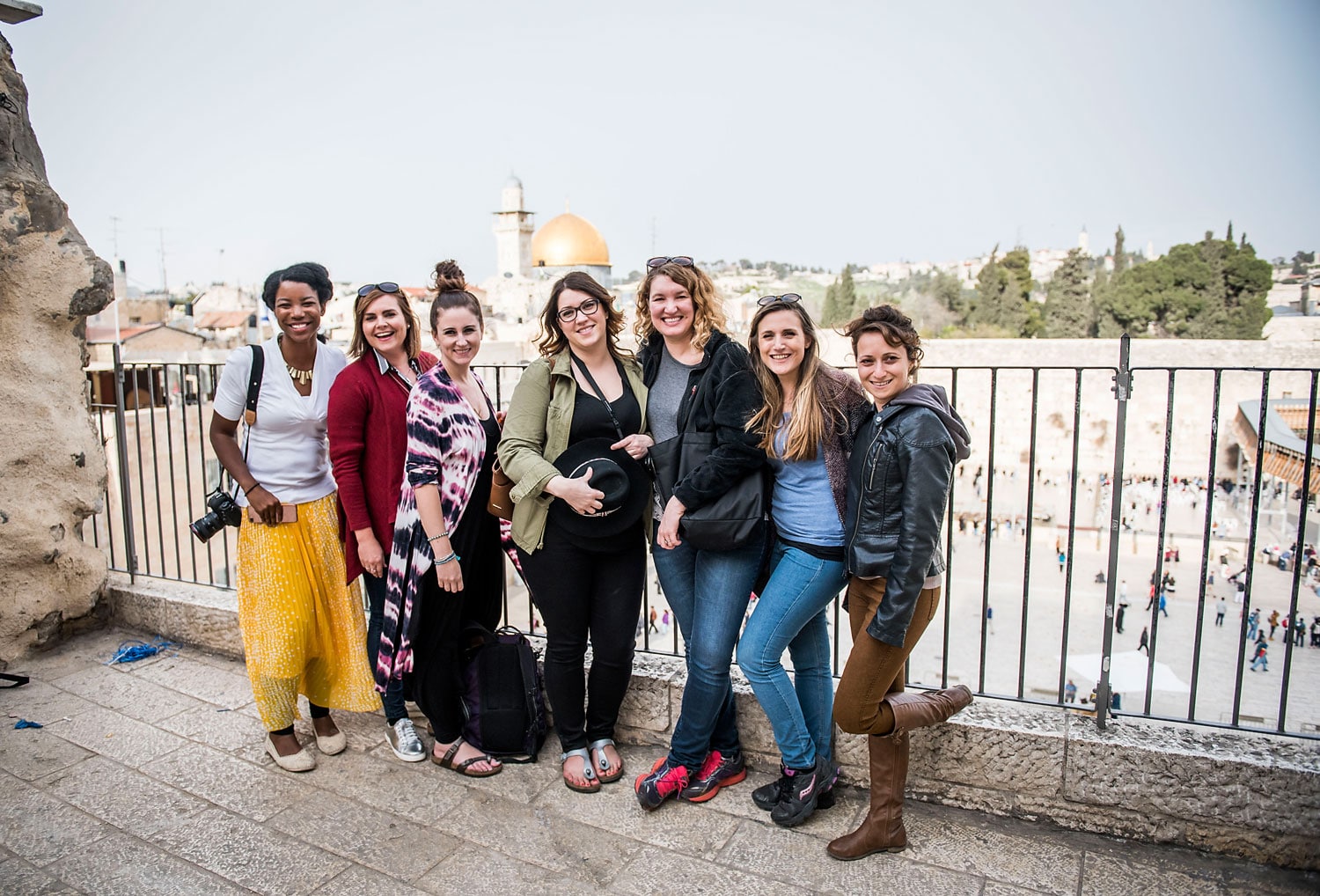 Our Jewish tour guide joked with me when I told him I was Mormon, saying “Zion is here! It’s not in Utah!” I wasn’t going to disagree with him. But if you know the history of the Mormon religion you can see why some people call Utah Zion.

Moses led the Jews from bondage, parted the Red Sea and settled in Jerusalem… Zion. Brigham Young helped lead Mormon pioneers after years and years of persecution and multiple settlements, to Utah. Utah was their “New Zion.” 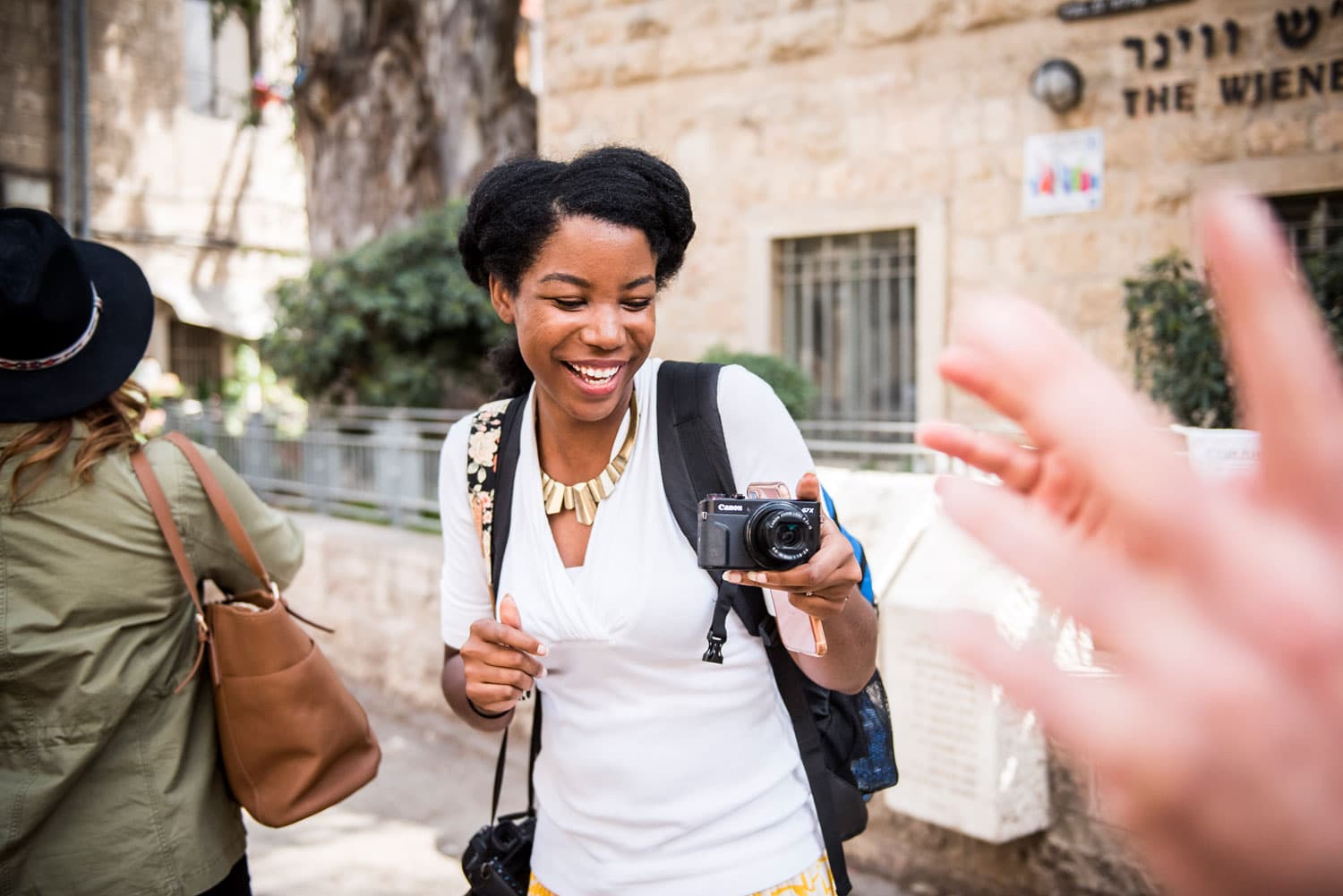 A vast majority of Israel is Jewish, but not everyone is extremely religious. You can witness an underlying Jewish culture: People speaking Hebrew, stores closing down on Shabbat/Sabbath. But when you talk to everyday people–Especially the younger generation, they aren’t as devout as you might expect.

I spoke with a mom who is getting ready for her son’s bar mitzvah but she said they don’t do all of the regular Jewish practices. It’s more of a tradition they carry out.

I see some similarities in our religion. Varying degrees of membership and activity level. But even if you’re not going, or haven’t gone for years–You’re still on church records and considered a Mormon. Children are expected to get baptized at the age of 8.–Not necessarily understanding what they’re committing to, but many families participate in the ritual for the sake of tradition. I had an interesting conversation with this mom about tradition versus beliefs and found the parallells compelling. 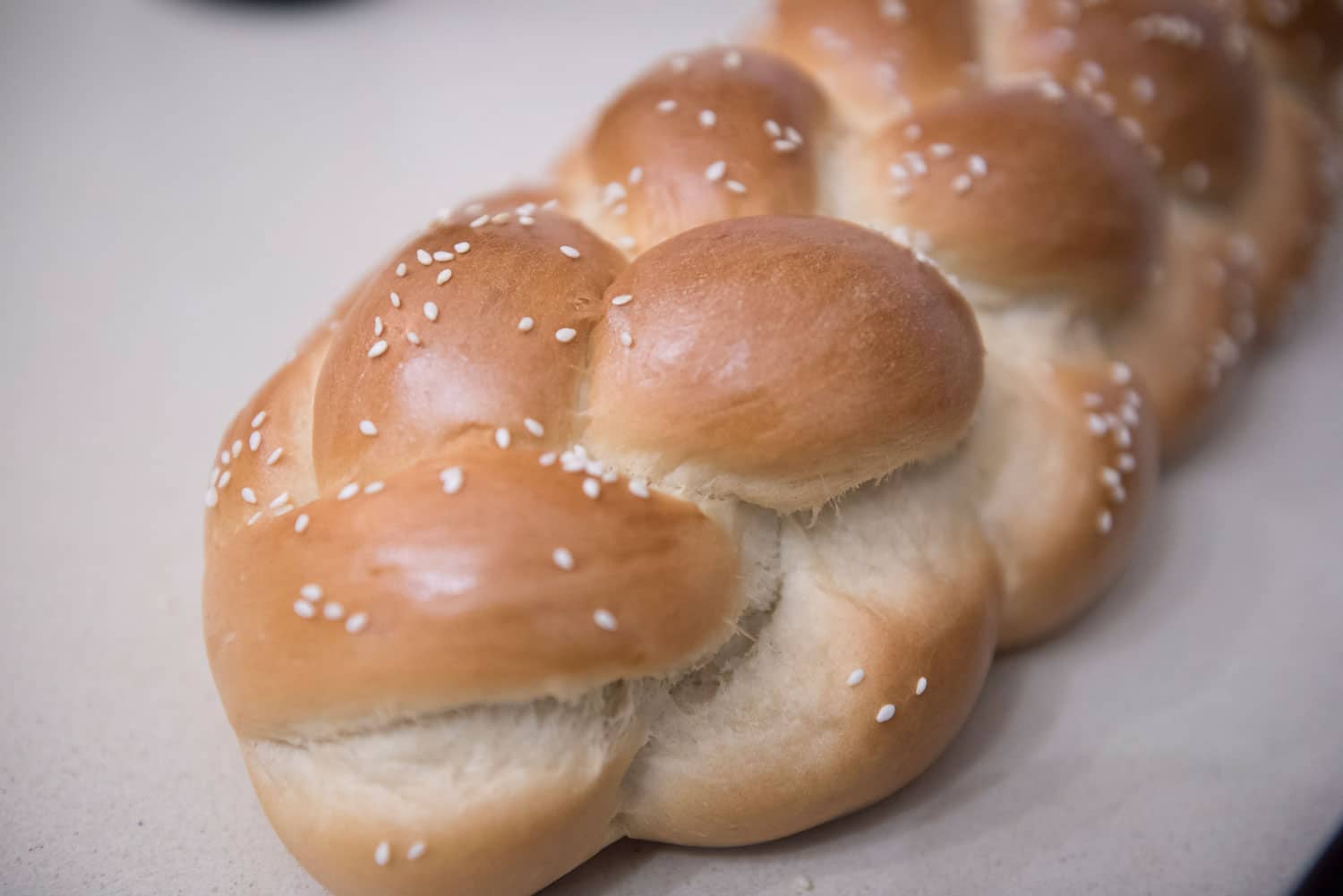 A lot of people are familiar with, (or have at least heard of) kosher foods. It’s more than just what foods you can and can’t eat but what foods you can eat together. For instance–Meat and dairy can’t be prepared or eaten together. It also encompasses how the food is prepared. Most of the people I met in Israel didn’t follow these biblical food laws, but some of the restaurants we ate were kosher-compliant.

In the Mormon religion we have a Word of Wisdom most people know that we’re instructed not to drink alcohol, coffee or tea (not caffeine like many people misclassify… I happily enjoy my diet Dr. Pepper and occasional energy drink, thank you very much!). But they don’t realize it also says we are to eat the “flesh of beast and the fowls of the air” sparingly. 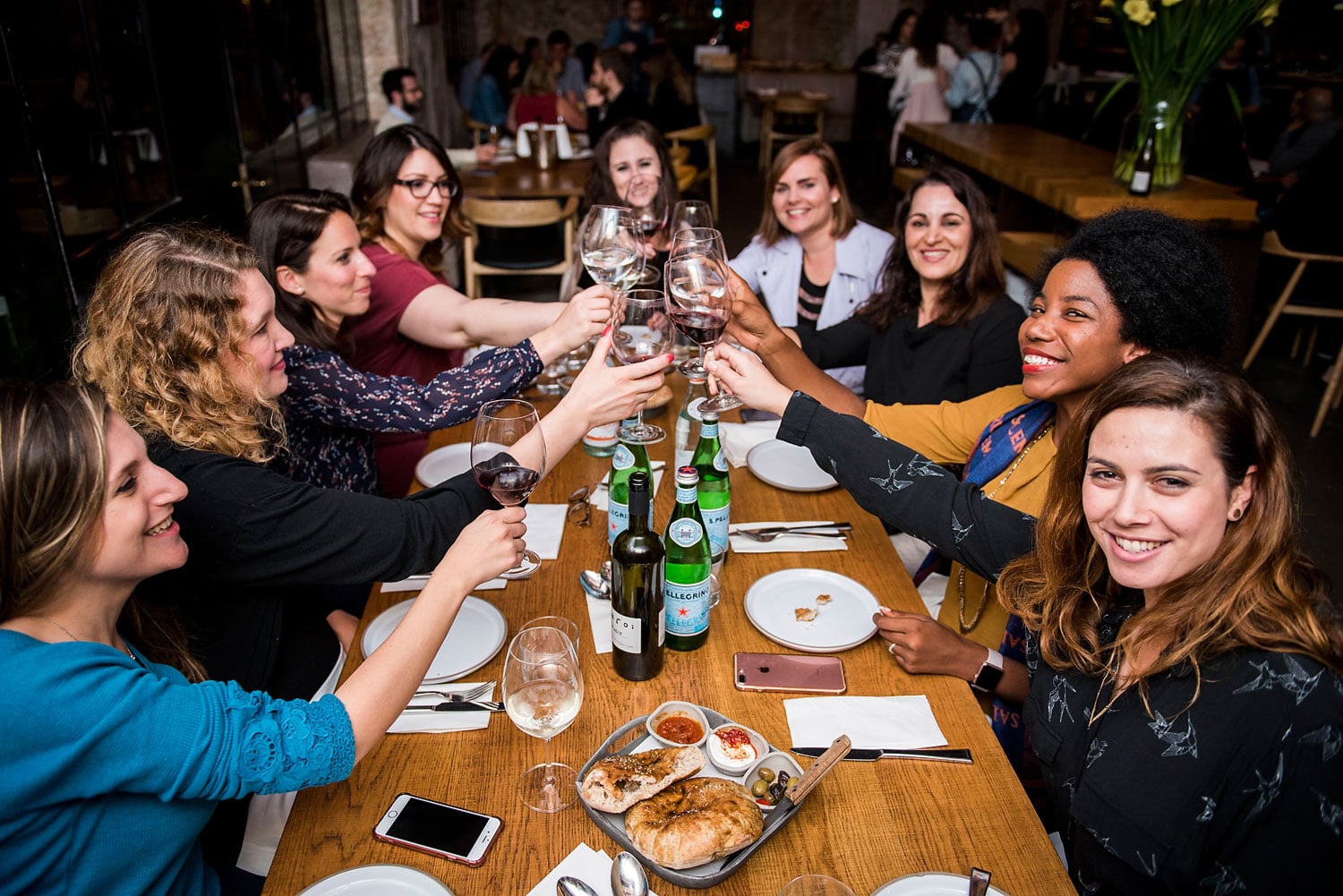 The wine was flowing abundantly on this trip and I didn’t enjoy any of it (aside from a sip from the Kiddush cup during the Shabbat dinner). But I happily poured the sparkling water into my wine glass, and toasted with my new friends.

I loved discovering some of the Jewish community and culture in Israel. What started out as a curiosity before has deepened my passion for exploring Judaism and other world religions.

It’s inspiring to realize we are so much more alike than we think. We fear what we don’t understand. So let’s get to know our brothers and sisters around the world. It makes me hopeful for what we can accomplish the more we learn about one another.

What an amazing experience! I love that the group got to experience normal family life, not just touristy stuff. I would love to travel more this way!

This sounds and looked like an amazing experience. I love when you are able to explore as a local rather than a tourist. I totally agree we are so much more alike (in general) than we are different and just need to know more about our brothers and sisters.

Wow! That sounds like an amazing trip! I love that it wasn’t touristy and that you got to learn about the culture and meet the people. I’ll have to check out your travel vlogs!

What an amazing experience and some great insights! Being a member, I’ve always been interested in the similarities between the LDS and Jewish religion.

I have always enjoyed learning the cultural differences of countries and nationalities. It would be so fun to have that trip and those experiences first hand like you did!
It is not surprising to me that many don’t follow their own religious teachings as with the kosher foods. I think that is a fact with any and all religions as doctrines differ.
I also choose not to consume alcoholic beverages and have a great respect for others who don’t also. Your pics look like this was such a fun trip!

It’s very cool that you were able to have such a positive learning experience on your Israel trip. Exploring the culture must have been great!

This is a fantastic experience and even better that you shared it to teach and educate folks. I like that you gave us an insider’s peek and I understand the similarities more now!

I really enjoyed your post. What a wonderful experience! A few bloggy buddies were invited to Israel last year and oh…how I wanted to go!

My hubby and I were once invited to a seder and I thought it was very interesting how everything they ate was symbolic of Jewish history.

That sounds like a wonderful trip! I love that you got to learn about the culture and meet the people. Thanks for sharing your experience! I’ll check out your travel vlogs soon!