Out of the 15 Pixar films currently released, 5-year-old Lil’ J has seen all but 3 all the way through. Whenever a new Disney movie comes out I’ve enjoyed to re-ranking my current favorites and see how they’ve changed. I thought it was about time Lil’ J joined in on this tradition. 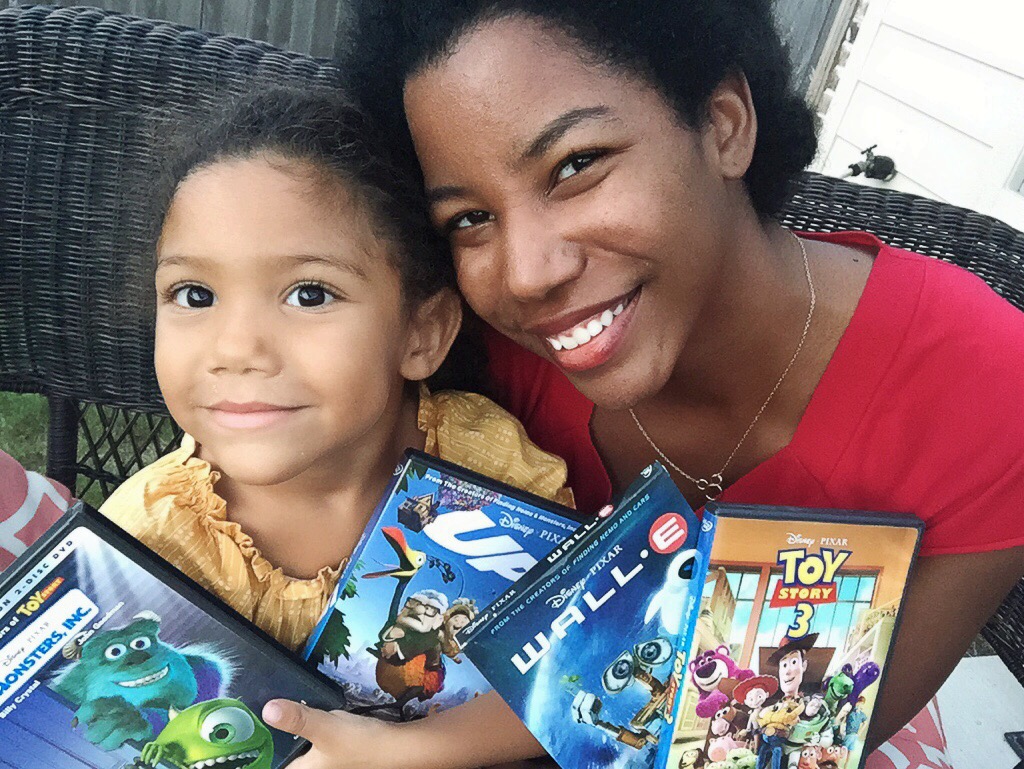 The Good Dinosaur comes out in just a couple of weeks, so we could have waited until then, but Inside Out Just came out on Blu-Ray DVD and I thought we might as well do one now.

Here’s Lil’ J’s top 5 Pixar Picks and her quotes to explain each one. 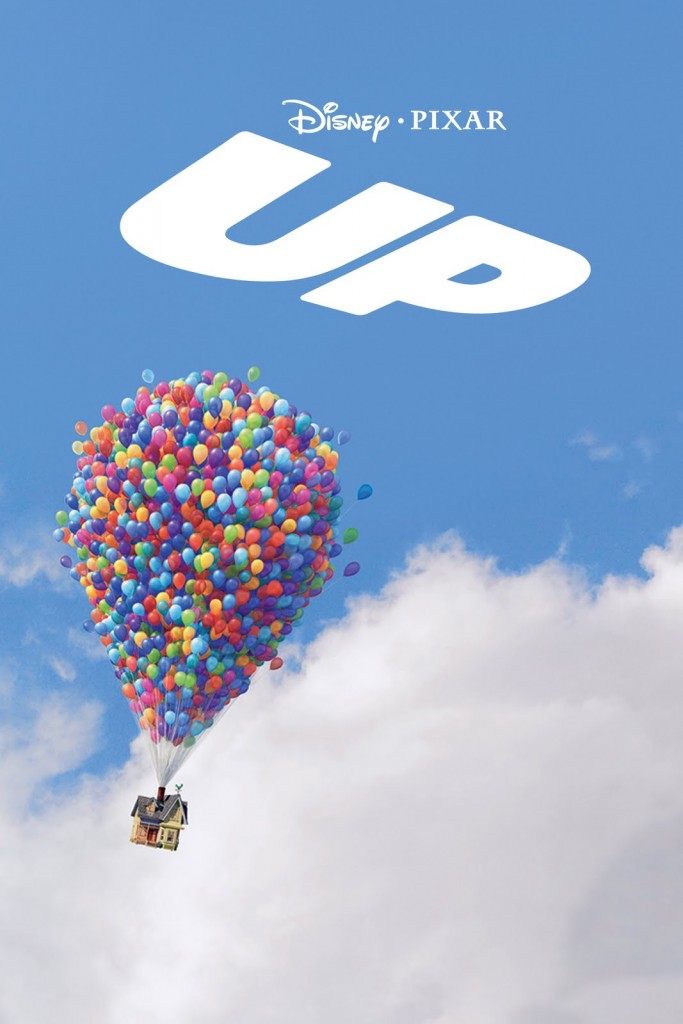 Lil’ J says she loves this movie because of the flying house… Duh. “My favorite part is when he said he had to go to the bathroom and then he had to dig a hole and said ‘I’ve always wanted to do this.’” 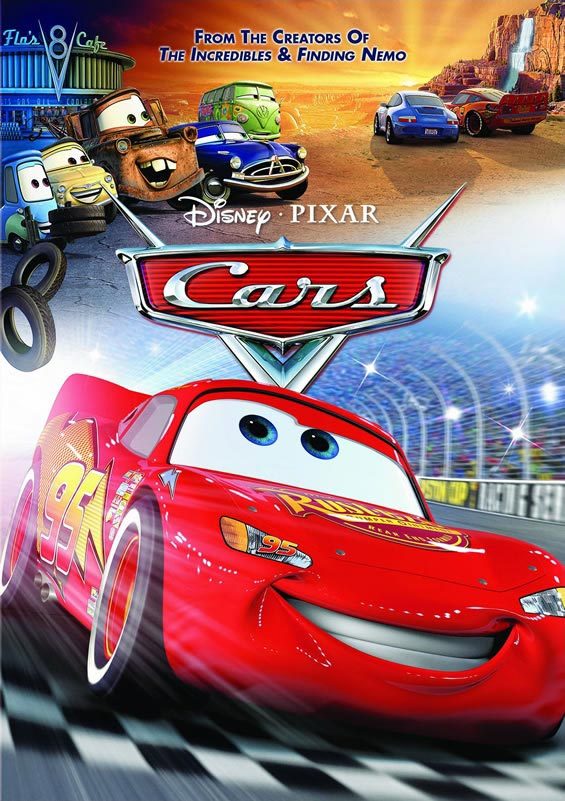 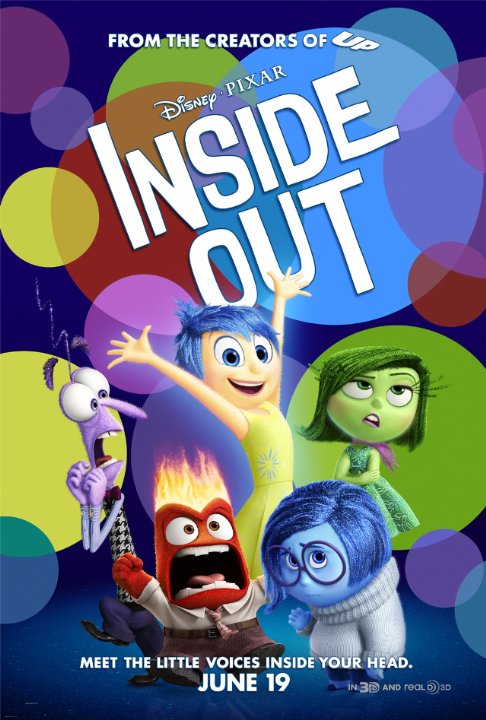 “Because I like the characters. Disgust is my favorite because she’s in green and pink and purple. I like Riley too. I think other kids would like this movie because the characters are funny and fun.” 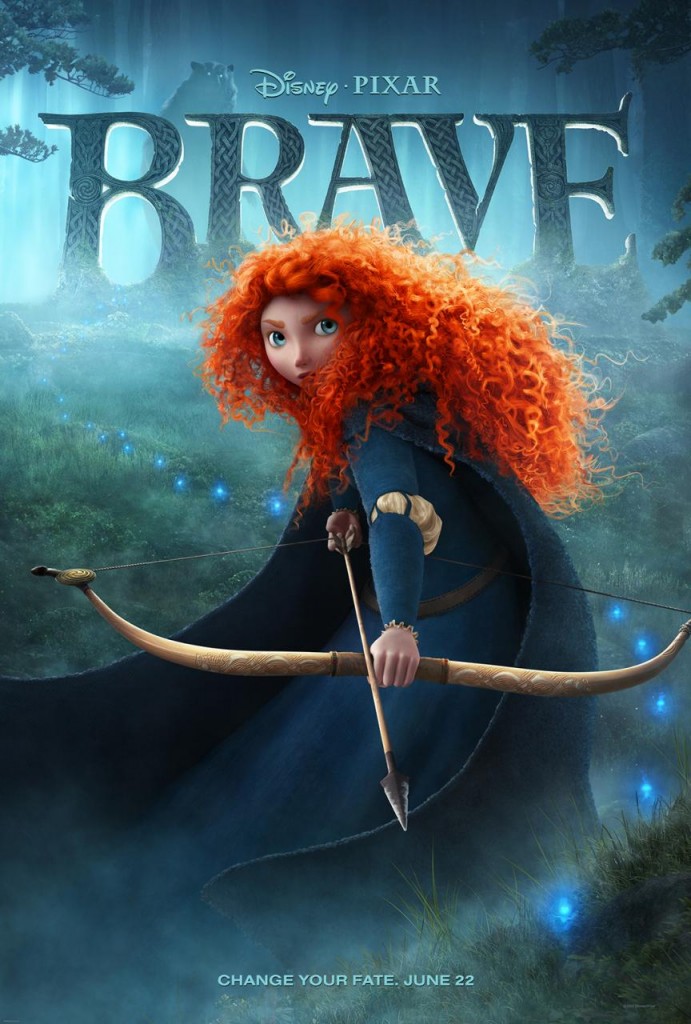 Lil’ J loves Merida because she’s… guessed it…Brave. She says she loves that she “throws her bow and arrows.” 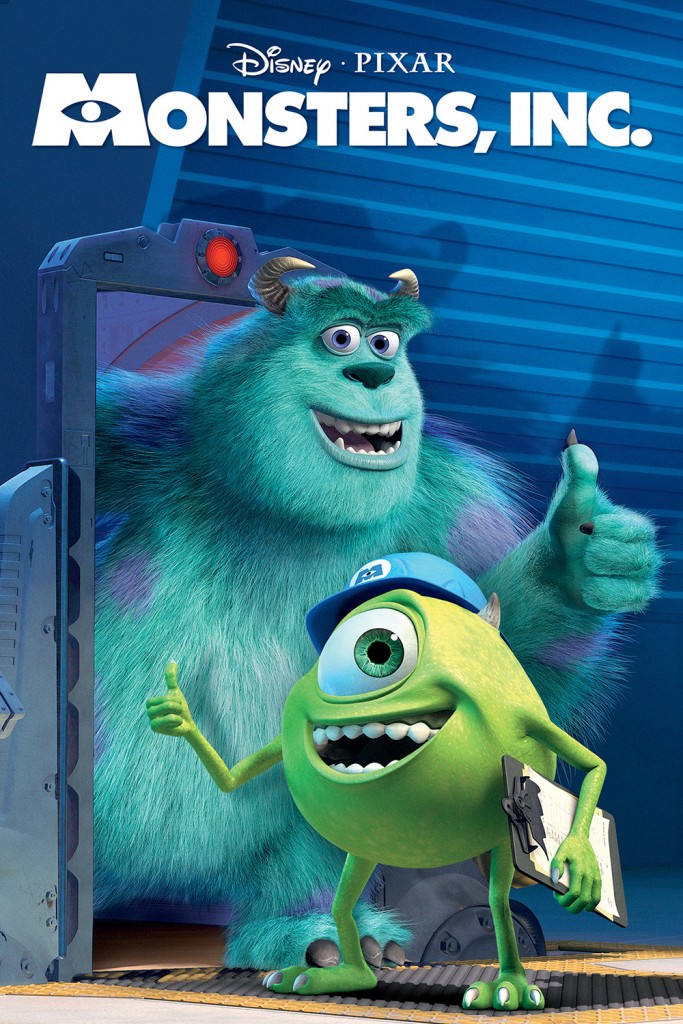 She used to turn this movie on all the time, so I’m not totally surprised this is at the top of her list. It is funny however that she hasn’t watched Monsters University yet–Wait, now that I think of it I’m pretty sure we went and saw it in theaters together. Obviously it wasn’t that memorable.

When I asked Lil’ J her favorite part about the movie she said it was seeing Boo dressed up as a silly monster.

Lil’ J’s honorable mentions: A Bug’s Life (though I think a lot of this had to do with the fact that she met Flick at Disneyland) and The Incredibles (though she hasn’t seen it all the way through.) I keep trying to get her to watch it, and I think she’d enjoy it now that she’s becoming more interested in superheroes. 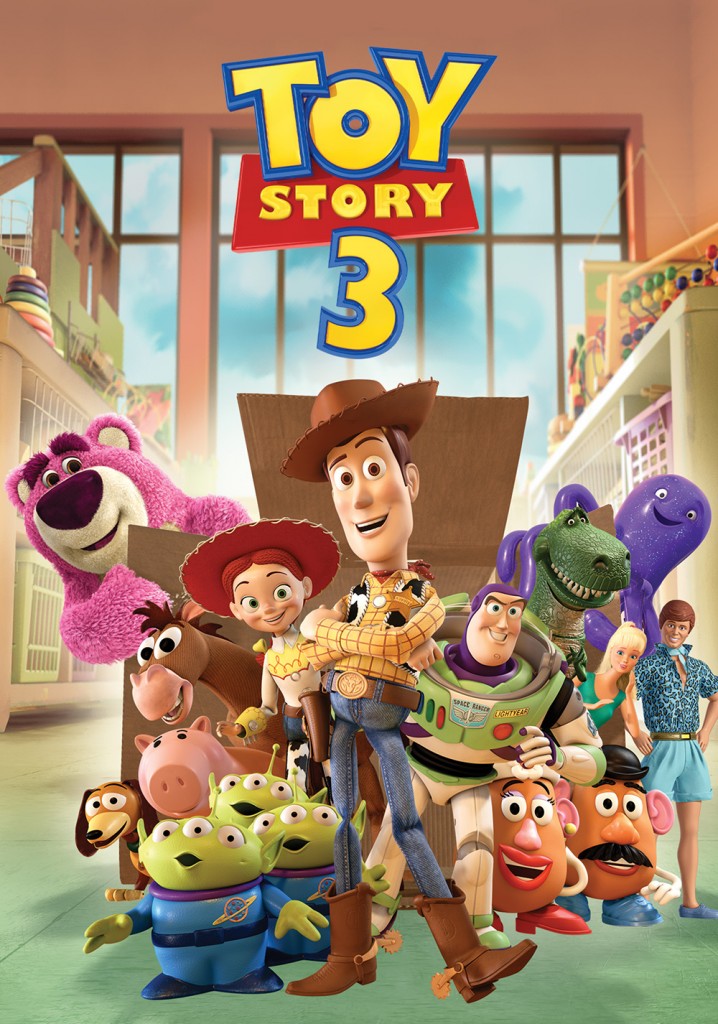 The hilarious and perfect ending to the Toy Story Franchise. Oh wait… Toy Story 4 coming in 2018. I can wait. 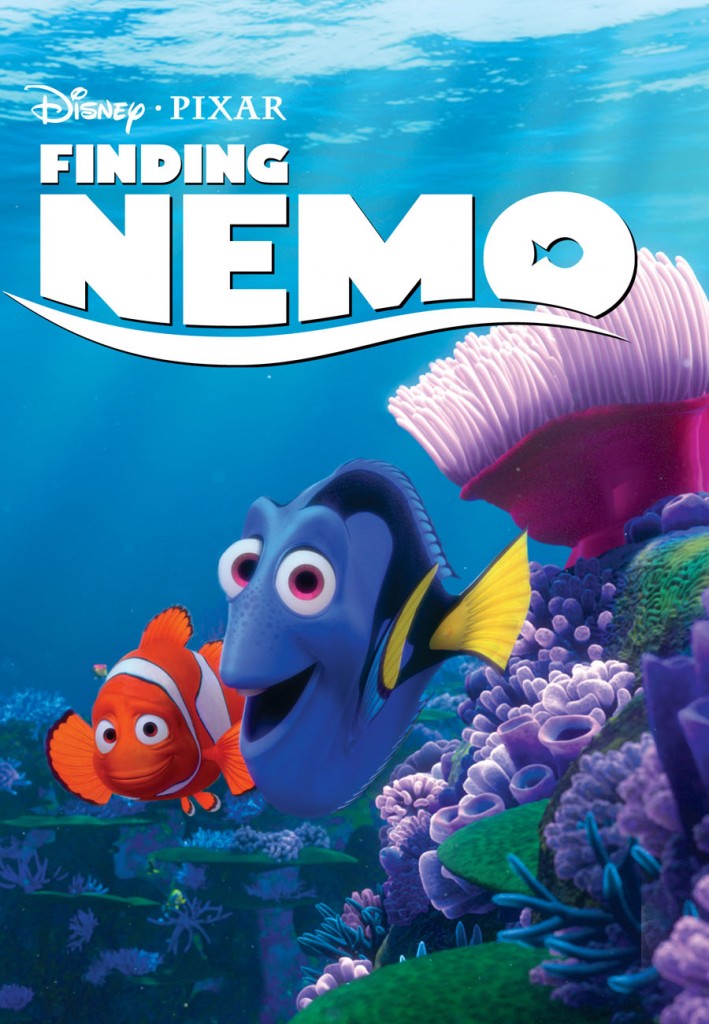 I kept going back and forth with this as the #5 and #4 spot but this would probably be ranked higher for most Pixar fans. Dory completely made the movie. And the fact that I still laugh a lot when I watch it says something. I’m THRILLED to see Finding Dory in 2016. 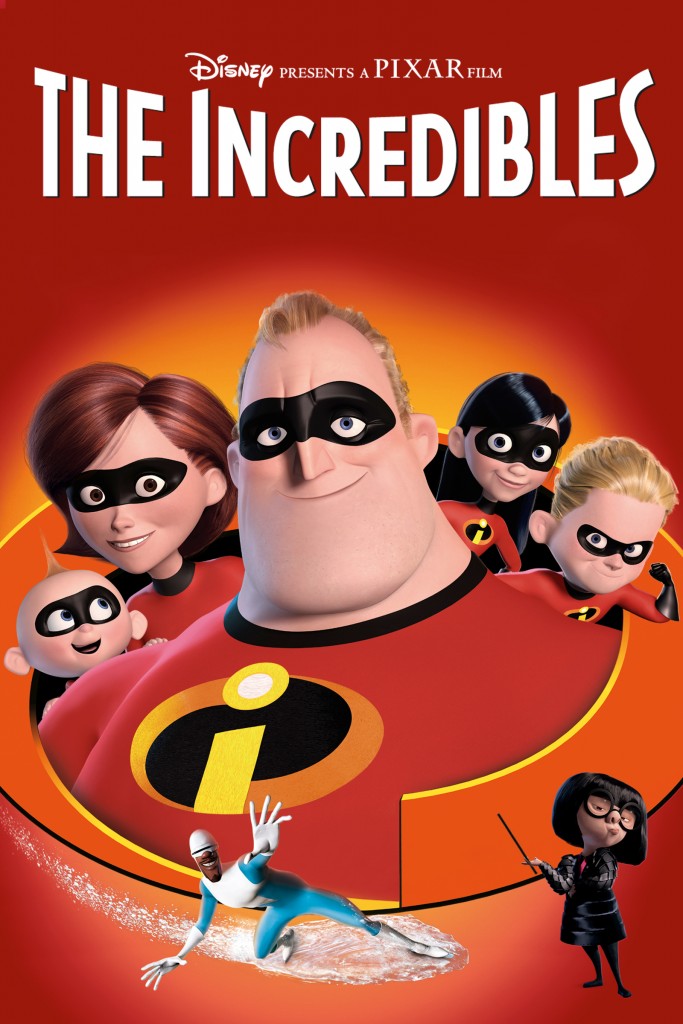 I initially has this in my #2 spot because I love it so much, but then had to think about which movies I love to watch over and over and over again and I swapped it out. I love that this is so different from most other Pixar or Disney films we’ve seen. There are two living parents, three kids, and they all kick butt. I’m so excited for Incredibles 2 coming in 2019. 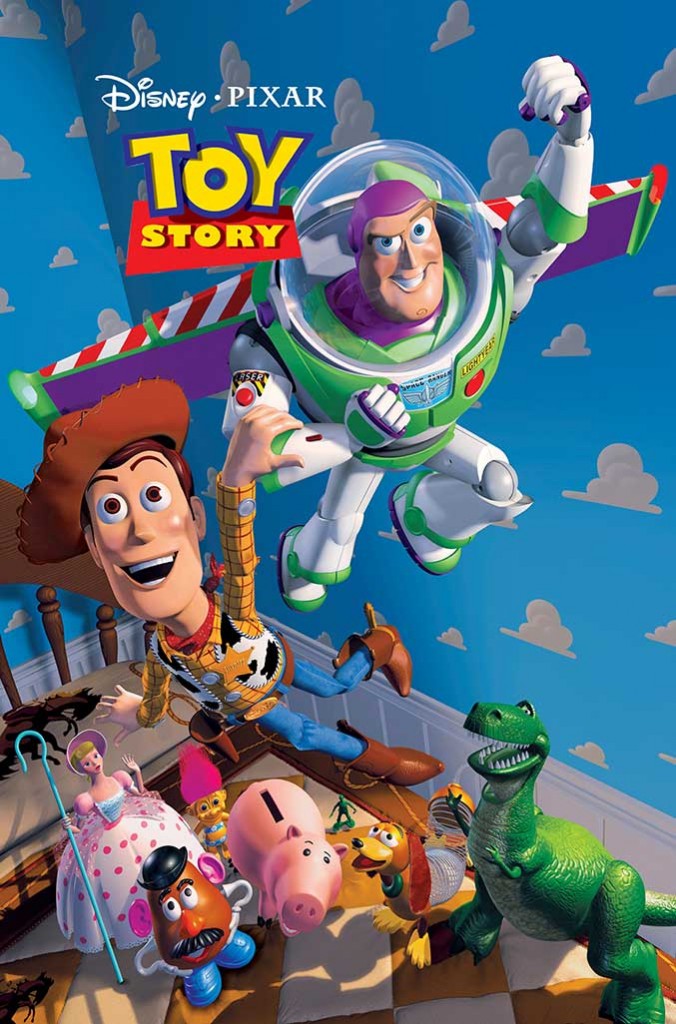 This will always be one of my favorites. The first feature-length Pixar film and it’s still so fun to watch. The different layers of conflict and comical ways of reaching the resolution are well done.

Don’t groan! I know I know. Many of the other movies on this list would probably rank much higher than this for you, but I love the mother-daughter theme of this movie that is missing from so many Disney movies. I sometimes even forget this is Pixar because well, there’s a princess, and it is lacking some of the slapstick jokes you often see in the others.

Inside Out It’s SUCH a great movie and probably should be on here somewhere, but maybe it will just take some more time to marinate for me before it replaces a spot in my heart carved out by these other movies.

WALL-E This is definitely one of my favorites but I think the reason it’s not in my top 5 at the moment is because it’s not as easy to get my kids to sit still for. It’s slower for them, so I don’t enjoy it as much as I used to right now.

My J says Wreck it Ralph… I told him it wasn’t a Pixar movie, but he doesn’t believe me.

Okay, “Toy story because I love toys that talk.”

Which is not true because it scares him! Bahahaha!

Haha, that is so awesome! You know actually, Planes Fires and Rescue is NOT Pixar! I was so thrown off by that too! It’s actually under Disney Toon studios. I need to give Cars 2 another try because I just was not into it. I wasn’t into Wreck it Ralph at first either but it grew on me.

WHAT?! I can’t believe that about planes fire and rescue! How weird?! It seems like they used all the same cartoons/graphics?!? Strange!