‘She Looks Like Me!’: Storm Reid on Inspiring Little Black Girls in A Wrinkle in Time

A few weeks ago my daughter and I finished reading Madeleine L’Engle’s A Wrinkle in Time.

We’d been studying it as a part of our homeschool curriculum. I hadn’t told her a Disney movie was in the works and coming out the next month. But as soon as we finished to book I pulled up a picture of a magazine cover featuring Storm Reid as Meg, the main character in the book.

“That’s Meg? My daughter asked. “She looks like me!” 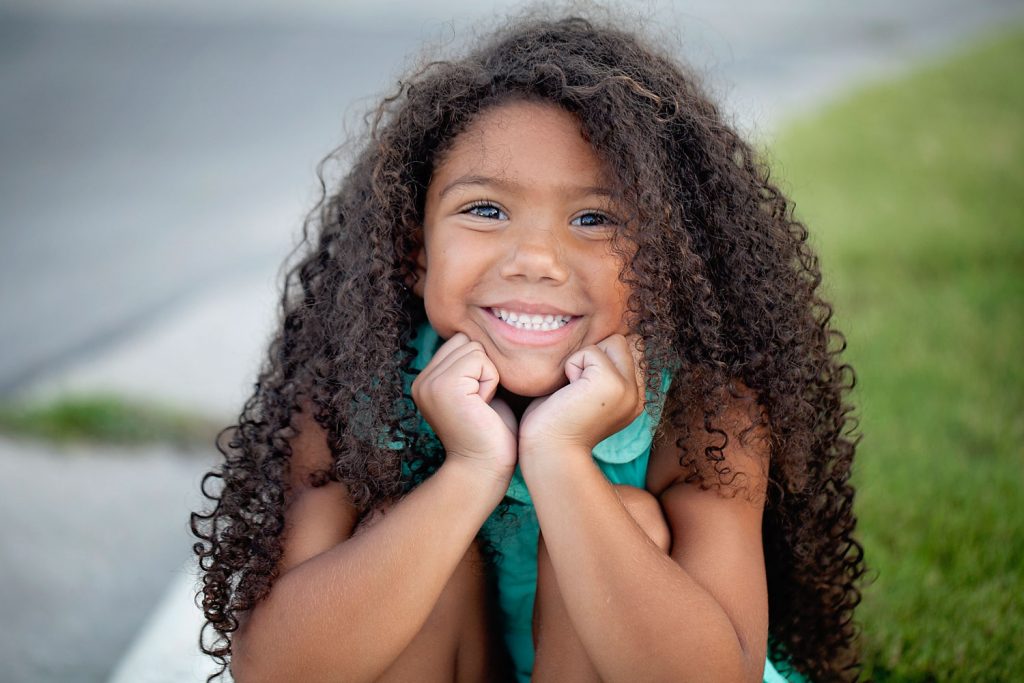 My 7-year-old has looked up to so many heroines she sees in books and films she likes. From Annabeth Chase in the Percy Jackson series, to Disney show stars like Dove Cameron. Meg is another character she’s fallen in love with and now, thanks to director Ava DuVernay she easily sees herself even more in her.

I was thrilled to meet Storm Reid, tell her this, and what she and her character mean to us, and how families like ours really need this.

“How does it feel being this next generation like heroine that’s multicultural and, an inspiration to little girls, who look like you?” I asked. 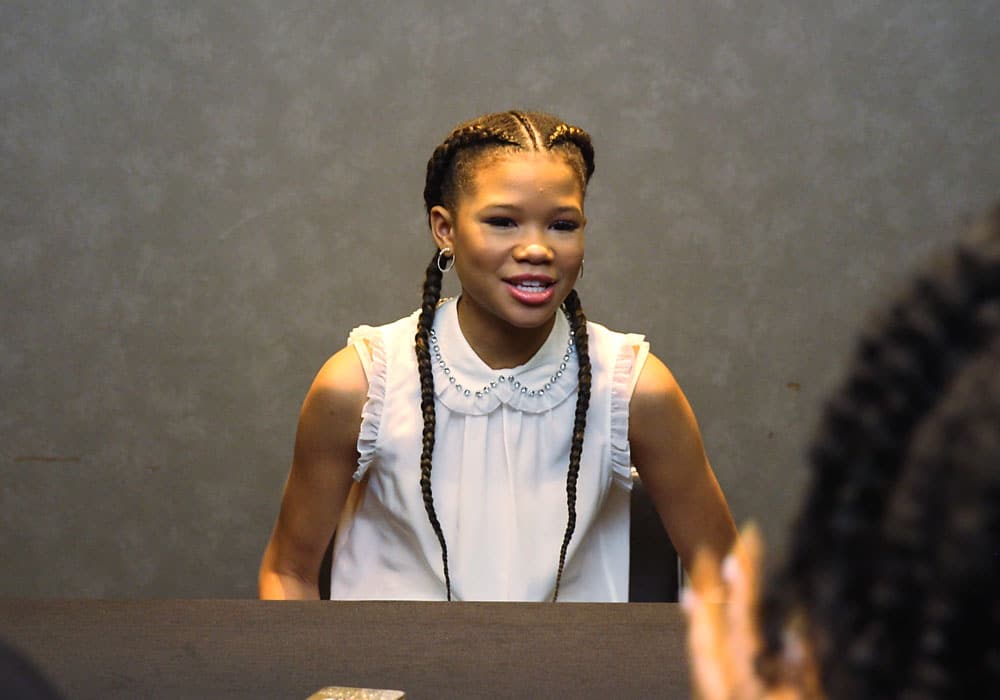 “It means everything to me,” Storm said. “And it’s very empowering for me still as a young, little black girl being able to represent the little girls that look like me and being able to give them hope and know that they can have any opportunity they want to have and they can do anything no matter their big hair or their big nose, as people say. Or their glasses or their skin tone. They can do anything. So, for me able to be that for them and be an inspiration and to uplift them and empower them in a time like this where everybody’s so divided and it’s so dark. It means a lot.”

Not only is this girl beautiful and super cool, she’s smart and a good role model too.

If you asked my 14-year-old self where I’d like to tesser to (for those not familiar with the story, terrering is traveling anywhere in the universe, time or space) I probably would have said the mall, or Disney World. But Storm has a much bigger idea. She said if she could tesser anywhere, she would want to go back to the Civil Rights Era. 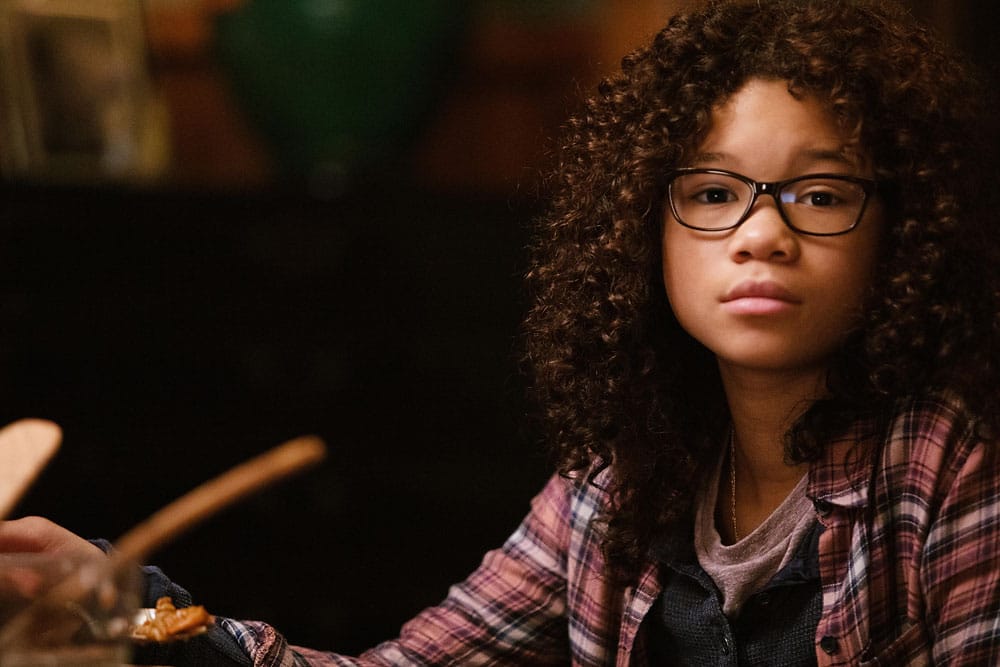 “I think I would like to go the past during — with my knowledge as Storm, as this 14-year-old girl, go back into the Civil Rights Movement and just see how I would deal with that and cope with that and with my knowledge now and see how I would deal with those things and come back and see how I could kind of change the future,” she said. “Because I feel segregation and inequality is still going on. So, if I could have that knowledge of how I experience that and how I could’ve changed that and come back here in times like this, that would be really cool.”

Storm said she knew she wanted to be an actress when she was just three years old. 11 years later she’s staring in a Disney remake of one of the best children’s books in history. Talk about dreams unlocked.

I can’t wait for my kids to see this movie. Especially my daughter to see Storm up on the big screen as Meg, representing girls all over the world. Girls who love science, girls with poofy curls, girls who have dark skin and wide noses. Beautiful girls who can see themselves in her, and realize they too can do anything.