A life of spontaneity

I could live a life full of spontaneity. I love making quick decisions, and the thrill of a new experience. While so much of my life has been over-planned, I crave opportunities to be a little wild and crazy. Wild and crazy by my standards these days that is, which could be things like catching a late night movie on a weeknight, going out dancing, or singing karaoke in front of a large crowd.

But I’m still that gal who would be down for flying across the country, or world. Splurging on a new wardrobe,   or striking up a conversation with anyone–Everyone. So it’s no surprise that last week, though I had no plans to do a 5K any time soon, or really run at all for that matter; I ended up joining a team in the Color Run. 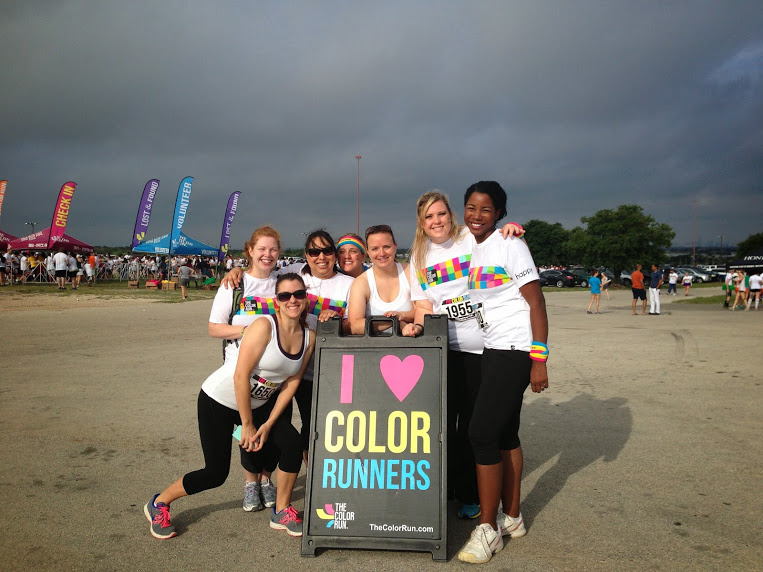 My friend and teammate promised we would walk, not run. And although we ran at least half the time, I promised not to hold it against her.

During our jog through powdered paint I learned that I’m the type of gal who would much rather take long, slow strides rather than short quick ones. And If I know where I’m going to stop running and start walking, I’d rather sprint to that point and get it over with than take my time exerting just as much energy at a jogging pace. What does that say about me? I don’t know. 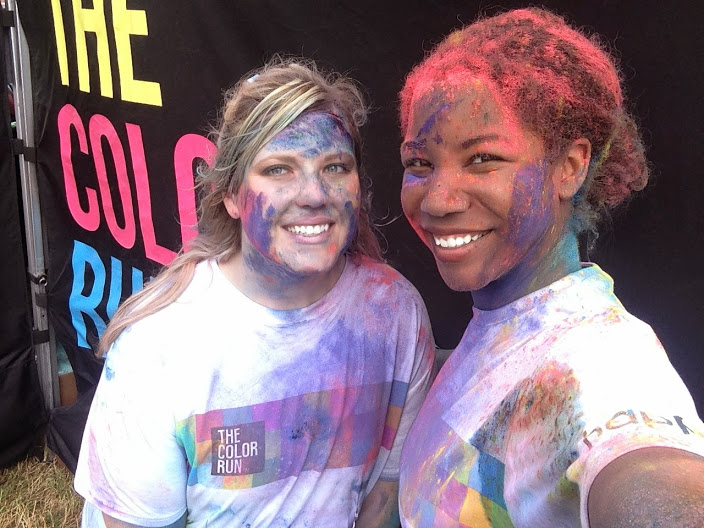 If a last-minute 5K wasn’t a big enough impulse for one week, my mom and sisters moved here from Atlanta the next day.

My mom had talked about moving here for some time, but I kept saying “I’ll believe it when I see it.” After a short message declaring she was on her way a moment of realization hit me.

They quickly found their own place that they’ll be moving into soon, and for the foreseeable future they’ll be here in my town. Of course my sister Lauren heads off to Hawaii in a few months for college. Lil’ J and Ty love hanging out with both their aunts and grannie, and I love having the extra company.

My sister and I have made shopping trips, hit up gym classes, and caught up on new-aged teen-slang. I’m looking forward to spending more time with all of them over the next several years, and perhaps getting a little more spontaneous.

PS: I’ve been up for almost 24 hours so excuse any typos I may have missed while writing this blog post in my sleep.

Here is my blog post reverse your diabetes today

Wow! Your mom really relocated to be closer to you? That’s great! It’s going to be amazing having your support system so close by.

And I’m not sure when you changed your “about me” picture (i don’t pop out of my reader often) but I love it!

Spontaneity is great! I am glad that you enjoyed the run and that your family will be closer to you.

Good for you Jen. You’ve always struck me as someone who is up for an adventure! As I’ve gotten older I’ve noticed that I enjoy being more spontaneous than I did in my earlier twenties 🙂 I’m glad you enjoyed the color run, those shades look pretty on all of you! And… happy day that your mom and sisters are now Texans. I bet you will love having them in town, and your kids will, too! I promise I’ll call soon. Love and miss you!

What i don’t realize is actually how you are not actually a lot more smartly-preferred than you might be now.
You’re so intelligent. You know therefore considerably relating to this subject, produced me in my view believe it from numerous numerous angles.
Its like women and men don’t seem to be fascinated unless it’s something to do with Lady gaga!
Your personal stuffs excellent. All the time care for it up!

Watching online movies is the one of the newest web trends that is increasing with
each passing day. Movie essay writing can be
a very interesting assignment because you donâ
€™t have to spend hours and hours into research work.

Money for the movie itself and for the beverage when you are watching the movie.

This site was… how do I say it? Relevant!! Finally I’ve found something which helped me.
Thank you!

Simply desire to say your article is as surprising.

The clarity to your publish is simply great and that i can think you’re
an expert on this subject. Fine along with your permission let me to
grasp your feed to keep updated with impending post. Thanks one million and
please keep up the rewarding work.

I’ve learn some just right stuff here. Definitely price
bookmarking for revisiting. I surprise how much attempt you set
to create this type of fantastic informative website.

If you vape often, but nevertheless feel the need for a cigarette,
NEVER FEEL BAD ABOUT THAT.

This will be the outside of the skirt.

What a wonderful story to read. Family is important and we never pass enough time with them