Let’s take some PICTURES!: He says/ She says

The only thing more difficult than getting my husband to let me take a pictures of him, is getting him to take pictures for me.

He says: What do you want for Mother’s Day?
She says: I don’t know… Maybe a goPro?
He says: A goPro? Why in the world do you need that?
She says: To take cool underwater video of the kids!
He says: … Are you being serious right now?
She says: Ok fine, I want pictures with the kids. And you can’t complain! 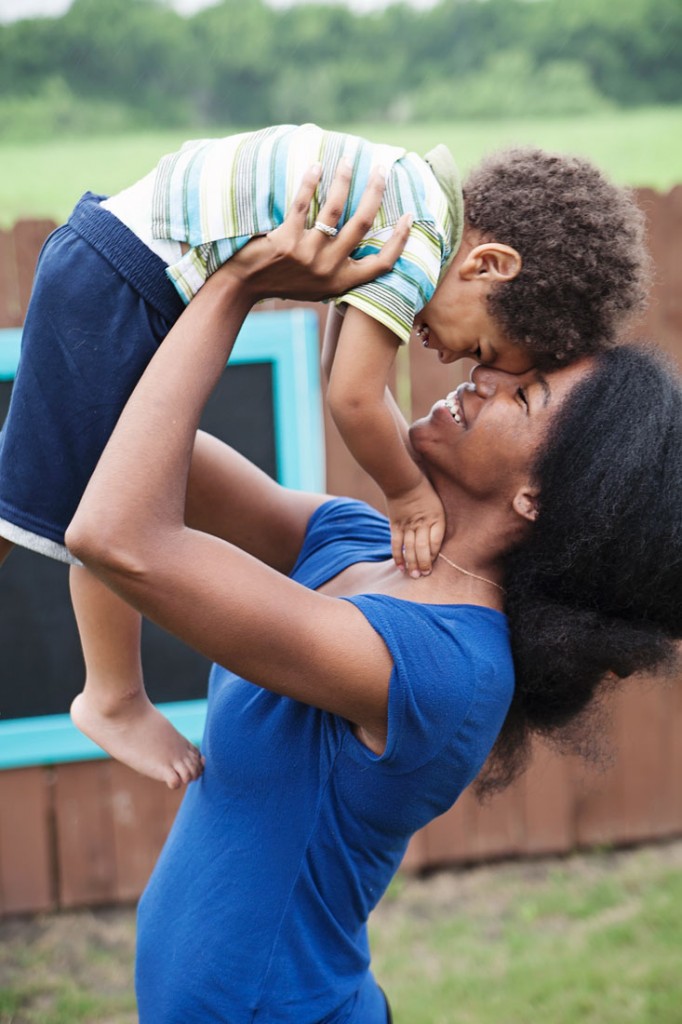 It’s not for a lack of effort. I mean he kinda tries, but he just isn’t sure what he’s doing… Bless his heart. Nevertheless it’s important for me to get in the pictures with our children from time to time, so they can see that I also played an active part of their childhood.

I’ve shared some tips for taking self-portraits with kids, but I may need to work on tips for making your husband a better photographer. Especially if your husband is allergic to the camera like mine.

Last week I asked him to take a few pictures with the kids and I playing together. He’d take some, then I’d review, and give him some adjustment tips before he’d take a few more. I could have picked them apart but instead I chose to love them to pieces.

For Mother’s Day I said I wanted pictures with the kids and he agreed (though these were just a warm-up, he still owes me some that aren’t in the back yard). Hopefully he’ll sit through a quick tutorial before our next round, but I’d be lying if I said I didn’t love these too.

Is your husband allergic to cameras too?

More on my Tampico is Color Photoblog.

I think your husband and I were separated at birth. Haha. If he’s on social media, please have him connect with me.

Hahaha!! What it is with ya’ll and pictures?! He’s not on social media. He’s sorta anti-social. And I’m always hoping he doesn’t think to read my blog. …(Kidding. Love ya hun!)

To be clear, I don’t mind taking pics of the kids, it’s just my wife insists on taking a million pictures to get one that she likes.

ain’t nobody got time (or cell phone memory) for dat!

Mine says that pictures steal your soul. Soooo, yeah. Same fight over here.

I’m doing OK in that department so far with hubby. I don’t ask for them all the time so maybe that’s why, I don’t know. When I do ask he’s patient and will take as many as I want. However, if I had an SLR and was more into taking pictures, who knows. I find myself taking more pics of just the kids then of me or us with the kids, out of habit.