Popular request: Movie review post with spoilers for new movies that might have some scary parts for younger kids. Shang-Chi and the Legend of the Ten Rings is one of those movies that has people wondering what agee it’s good for. Hopefully this updated review helps! Want a spoiler-free Shang-Chi review with my thoughts? Check this post out first.

I loved Shang-Chi so much that I bought tickets to take the whole fam (minus Lee Lee) to see it opening week during a matinee (perks of homeschooling!). As I suspected, the kids also enjoyed it, but a few recurring comments stood out.

Needing to help read the subtitles for kiddos with a learning difference. Both of our kids had a little trouble keeping up with the words so each of us had to help fill in the gaps. For the most part they were still able to keep up with the plot. This said, I loved all of the Mandarin used in the film and in a Marvel press conference, creators explained how intentional the different accents were, as well as their use of “speaking ABC.”

“They called it out and ABC, of course, means American born Chinese,” Simu Liu explained. “But it’s just this-this-the first time that you really see in a movie. Someone just calling out, you know, a lived experience.”

My 8-year-old son IMMEDIATELY recognized Katy’s (Awkwafina) voice as “Sisu” and would not let that go the entire movie.

Jayda, my 11-year-old daughter, loved Katy’s character, and at the end had the same appreciation and curiosity about her relationship with Shang-Chi. Are they just friends, or could there be more?

“Callahan, and I were creating this relationship, we actually have a lot of friends who are not the same gender as us,” Director, Destin Daniel Cretton said. “It is strictly platonic, but also very intimate, caring, and we haven’t seen a lot of that on screen, and-and we’re really excited to-to create that relationship between Shang-Chi and Katy. It also just naturally felt like the only way to go with this movie because Shang-Chi is so deep in his own inner struggle.”

We loved the strong women characters in this film and seeing Katy as a friend who could hold her own vs a romantic interest (or just comic relief) was refreshing.

Alright, enough analyzing, here’s more on what my kids thought of the movie straight from their mouths. Any minor spoilers will be noted.

A Shang-Chi Review from a Kid’s Perspective

J: I liked it. I would give it 3 stars out of five. And it’s my new favorite Marvel movie.

T: [spoiler] Because there was a big dragon! Well, not only because of that. Because there’s some Avengers in it.

J: Because it’s a different feel of a Marvel movie. It doesn’t seem like a Marvel movie but I think they changed it for the better. Because I don’t like the stabbing and the gun shootings, and this didn’t have as much of that, so that’s why I like it.

J: I liked when they were in the arena fighting place and his friend bet against him. And I like when the sister complimented her pants.

T: Sisu’s voice. I realized that at the beginning.

J: My friends who like Marvel movies a lot, probably. I wouldn’t be telling everyone to go see it but I’d ask my friends if they’ve seen it and say that it’s really good.

T: Yes!! I would recommend this to my friends.

T: The giant good dragon that looks like the Wish Dragon.

Do you think it’s for other kids?

J: I feel like the age group would be like 7 and up. Anyone can watch it depends on who you are.

T: Older obviously. One, if little kids watch it, they’ll get scared of their sister turning evil. Two, if you hear a voice it’s bad. Cause the monster is tricking him to free him. Anyone older than 5 can watch it.

T: No! I’m not scared of big big monsters because I know they’re not real.

How would you rank it compared to other Marvel movies?

J: It’s my favorite because it doesn’t have that much shooting and stabbing. My favorite before that would be the Spider-Man movies.

T: That did not seem like a Marvel movie. They usually don’t have big monsters they have Thanos and other bad guys. It was about a guy who met that girl and they got married and have kids. It was like a family story. I liked it more than Dr. Strange. I didn’t like it more than Iron Man One. I liked Shang-Chi more than Spider-Man. Not more than Black Panther.

J: [spoiler] I really like when Katy was about to fall but his sister saved her.

T: [spoiler] When the good dragon fought the bad one.

Is it worth going to the movies to see/picking it for movie night/paying $30?

T: Yes, we should have watched it even earlier.

Anything else you’d like to add in your Shang-Chi review?

T: It didn’t seem like a Marvel movie. But I liked it.

J: For me, I don’t like stabbing, bow and arrow, shooting people and stuff like that. For people who don’t like martial arts or kung fu fighting with fists, just be prepared and know it has some of that. I don’t want people to miss out, but I want to warn them.

I also liked that Katy was also the voice of Sisu.

Heading to Theaters or Waiting for ‘Shang-Chi’ to be on Disney Plus?

Whether you take the family to see it in theaters (I heard it’s awesome in 3D), or you’re waiting for Shang-Chi to be on Disney Plus, this is definitely one to watch. I imagine Disney will let the Marvel film run in theaters for a month or so then announce when it’ll be coming to Disney Plus, possibly with Premiere Access first. I’ll update this post when I know more.

Did you watch Shang-Chi and the Legend of the Ten Rings? What did you think?

Like our Shang-Chi review? Wondering how our taste in movies compares to yours? Here are some other recent reviews:

Like watching movies as a family? You’ll love this!:

Firedrake the Silver Dragon Review: Is it Worth the Watch? 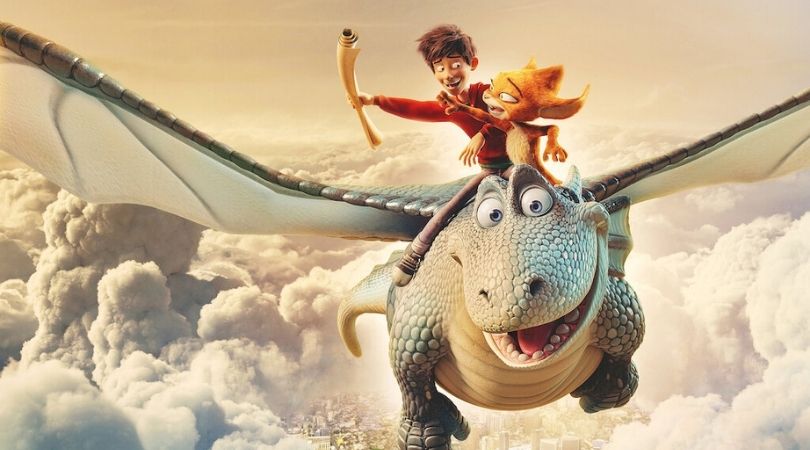 I know I know, another dragon movie? I know, I’m with you. But this one was a little different. While the story feels familiar to other dragon movies, instead of vikings and dragon hunters, this movie comes from a dragon’s perspective, and takes place in modern times.

‘Cinderella’ Movie Review: What You Need to Know Before You Watch on Amazon Prime 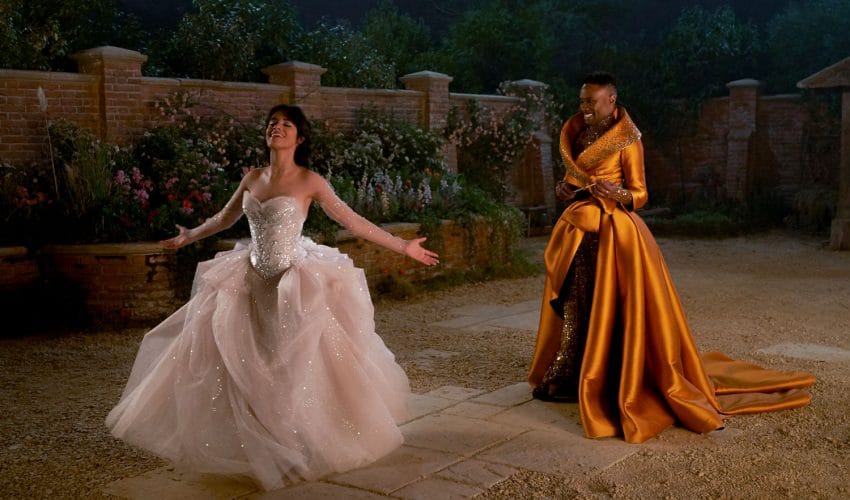 The classic tale of Cinderella is getting yet another reboot, this time it’s a Sony Pictures film on Amazon Prime Video. If it’s your turn for movie night and you’re wondering if this movie is worth a pick for your whole family, this spoiler-free Cinderella movie review should help.

Is ‘Shang-Chi’ Scary for Kids? An Honest Review 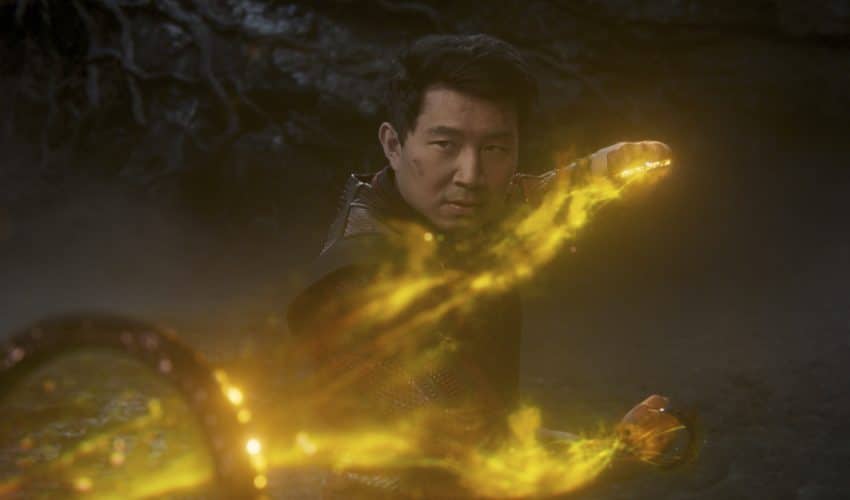 Shang-Chi is an action story that has a brilliant blend of mystical otherworldly scenes and down to earth characters who make the viewer feel like ‘hey, who knows, someday could happen to me!’ Aside from that, the cinematography and special effects made me gasp more than once. And the story warmed my heart in a way that few Marvel movies do.

Pop Some Popcorn and Pull Up a Chair: A Behind the Scenes Look at The New Movie Night Journal 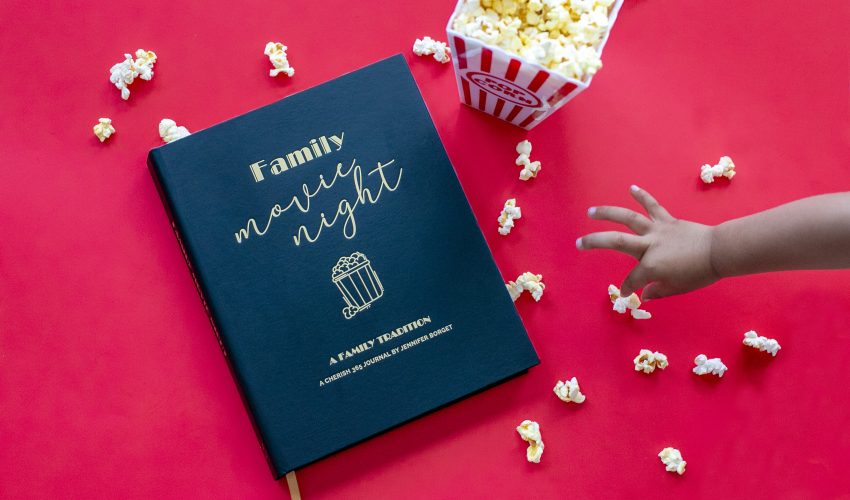 Some of my best childhood memories include watching movies with my family, and to this day, I still call my mom to chat about the latest films, and get movie recommendations. 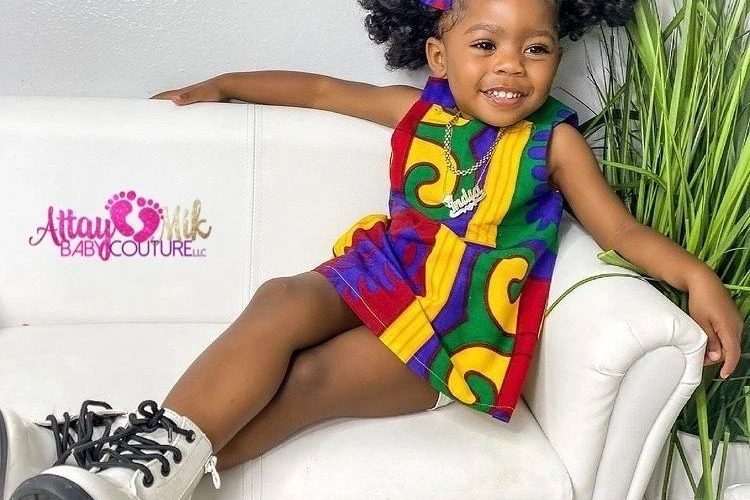 It’s August which means it’s Black Business Month. Small businesses are one thing that we love to support. And many of us understand how important it is to shop small. For many reasons, Black-owned businesses are hard to come by. And if you do discover one, many don’t survive for the long haul due to inhibiting factors. Black Business Month is a great time to celebrate and shine a light on Black-owned businesses that are changing the game!

Who is the Greatest Disney Princess? Use This Bracket to Help You Decide 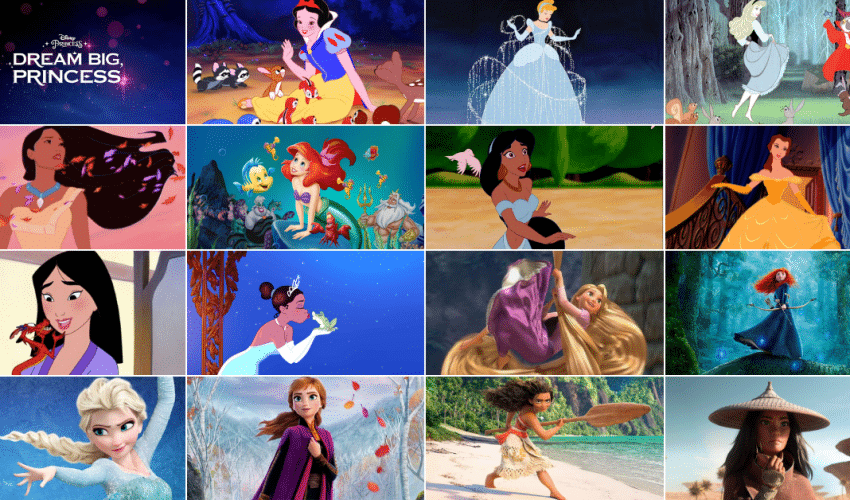 ‘The Loud House Movie’ Review: What Parents Need to Know 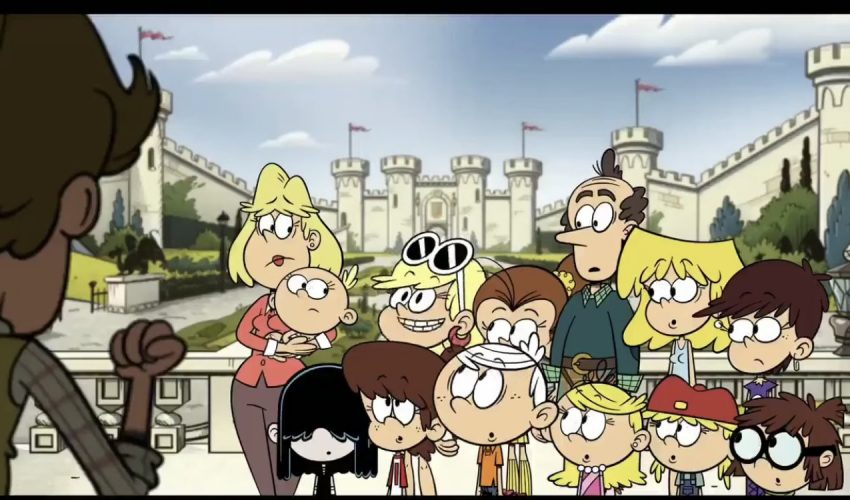 The Loud House Movie is a cute musical adventure that pulls a bit at the heartstrings. It’s worth noting that I’m completely new to this Nickelodeon franchise. I went in without ever seeing an episode of the television series. I am a sucker for animated musicals, though usually the Disney kind. So this was different… read the rest.

Homeschooling for the First Time? This Should Help 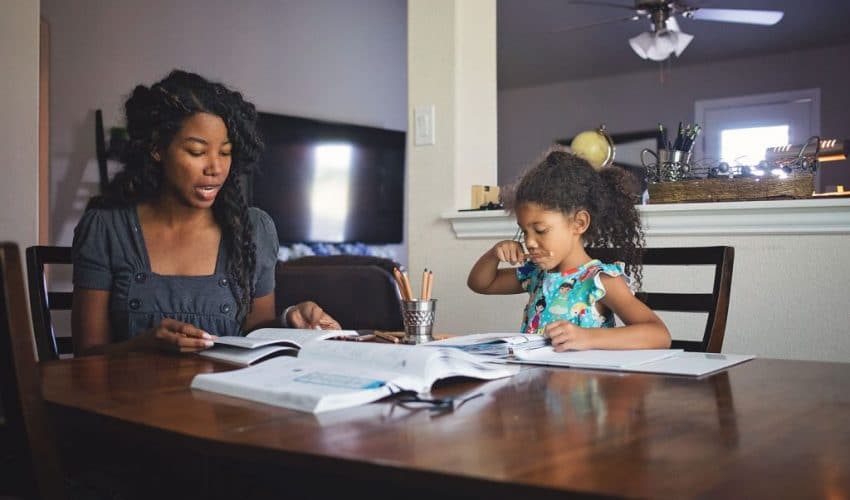 I’ve been wanting to put this post together for awhile. Rounding up my different posts about homeschooling. We’ve been homeschooling off and on since Jayda was in 1st grade. This will be our second (and a half) year homeschooling Jayda and Ty in a row. We take the situation year by year, but right now it’s been such a great thing for our family.

What Parents Should Know Before Watching ‘Monster Hunter: Legends of the Guild’ 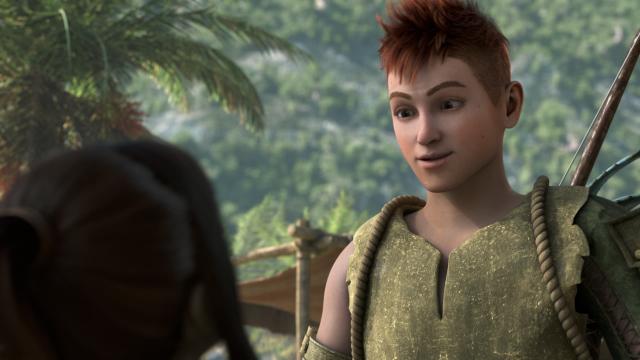 Monster Hunter: Legends of the Guild is not my usual preference of movie choice to watch, but I had the chance to review it for Common Sense Media and found this action-packed fantasy film to be surprisingly delightful. It serves an audience that might not be quite ready for Capcom’s popular Monster Hunter video game franchise. Nor ready… read the rest.

‘Vivo’ Movie Review: What You Need to Know Before You Watch This Netflix Movie 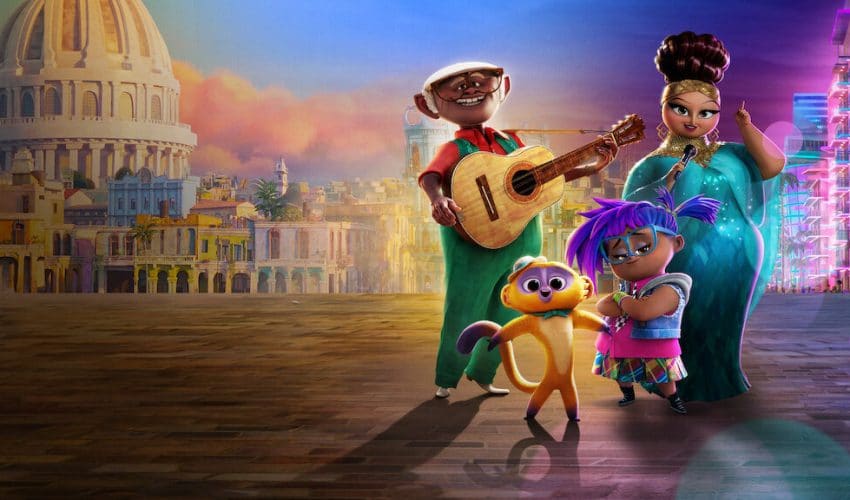 Right from the get go Vivo had us smiling and tapping our feet. It’s a colorful story from Sony Animation Studios that had us laughing, crying, and begging for more. Originally planned for a theatrical release Vivo is going straight to Netflix and I really hope it’s one families don’t overlook especially because out of the animated movies that have come out so far this year, this one is one of the best. Here’s our spoiler-free Vivo Netflix movie review that should help you decide if it’s worth a watch for this week’s family movie night (hint, we think it is!).

Cultivating your Interests: How to Start Where You Are 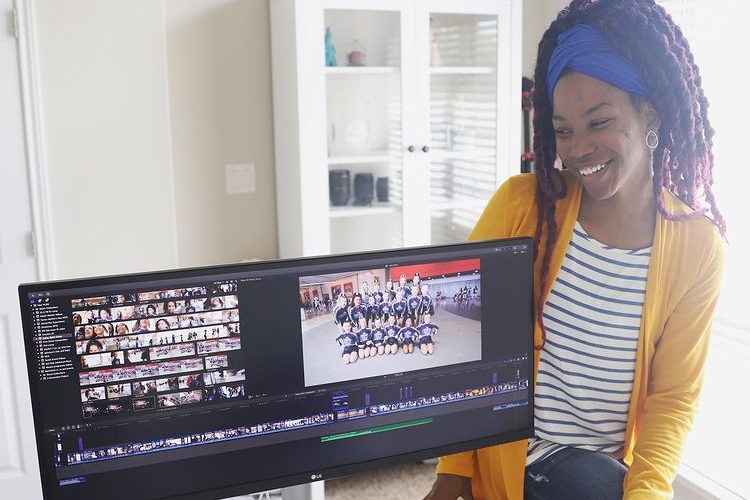 “I cannot just start a business! Everything needs to be in place first – I need this exact amount of funding, and my children need to be at least teenagers before I can dedicate time away from them.”
“I cannot start learning a new language now. I’m too old and barely have free time as it is!”

I teared up as I dug through my photo archives for

She’s something else. And I love her for it 🌈

If you’ve been around here awhile, you might rem

"Beemers before babies and Lexus before little one

#CapitalOneWalmart | Out of Jayda’s 11 birthdays

Few people know this, but there was a time I consi