Of all the interviews we did with the cast of Disney’s “A Wrinkle in Time” Jennifer Lee surprised me the most.

We’d already interviewed Oprah Winfrey and Ava DuVernay and I was just in seventh heaven, ready to sit back and soak in all the wonderful words I’d heard. But Jennifer Lee came in just as sweet as can be, and really surprised me with her story and passion.

If you didn’t know already, she directed Frozen, and she was the screenwriter for “A Wrinkle in Time”.

Adapting a book for a movie is no easy feat. I know I go into movies expecting them to be similar to the book, not leave anything too important out, and to blow me away with visual effects you just can’t put in a book. So often I’m sad because the movies just aren’t long enough to cram it all in. Or I wish they’d broken apart from the book a little more, or a little less. It can’t be easy. But Jennifer was up to the challenge. 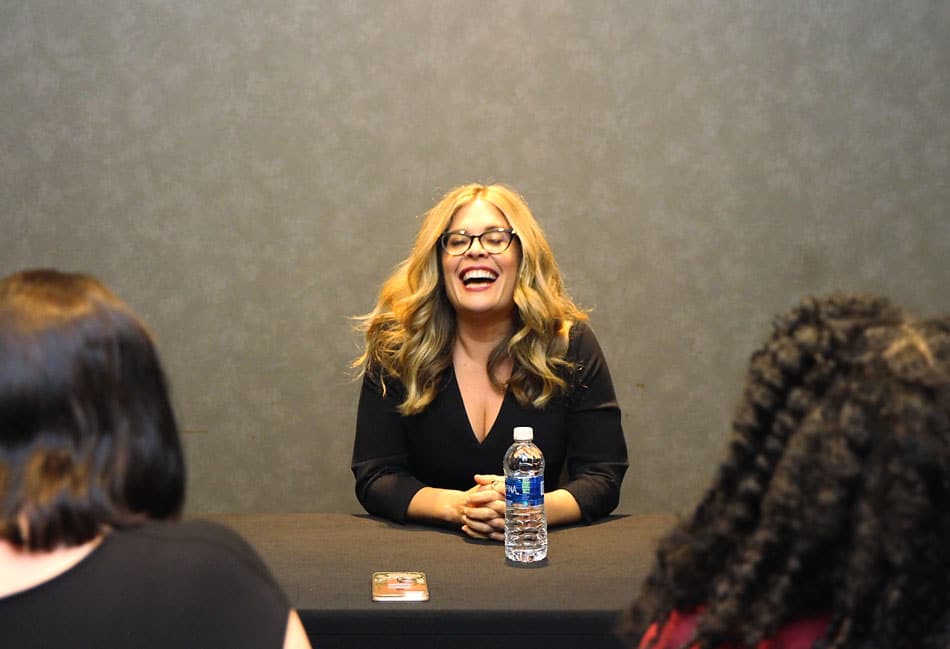 Lee said she would sometimes think lines were from the book then she’d go back to the book and realize that it wasn’t.

“Like Mrs. Which says to Meg at one point, and I thought this was in the book, where she says, Do you know all of the events that had to occur in the universe to create you exactly as you are?’ And I was like, oh, that’s not in the book, that’s just what the book gave me.”

A message of accepting yourself that shines through in both the book and the film.

I also asked her about changing Mrs. Who’s character to speak in more modern quotes.

“Yeah. Well, in the book she didn’t just talk in quotes,” Lee said. “She also spoke with regular voice. But I couldn’t understand sort of the exact motivation of that. So for myself, I said, well, what if she’s evolved past language? She’s so evolved. And so she uses our words.” 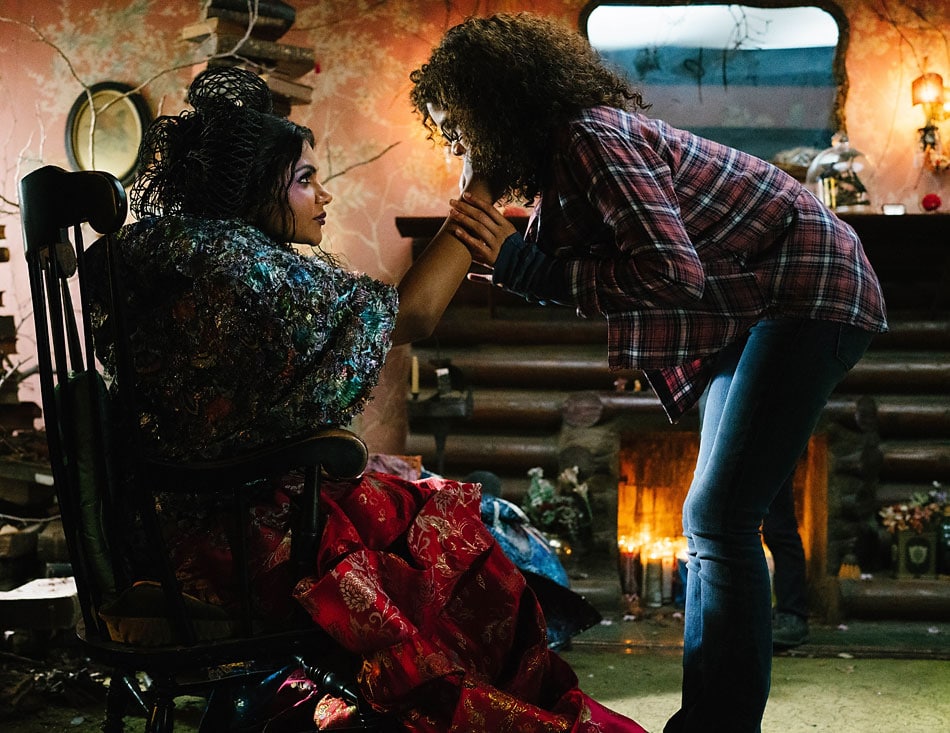 She said it allowed them to never have to be exactly on the nose with the quote.

“If she’s drawing from the canon of history, she could draw from anyone. We didn’t have to stick to some quotes from certain periods of like Shakespeare or stuff. We could have Jay-Z, we could have anyone we wanted,” Lee said. “We had a blast, people sending in emails to Ava, to me, about favorite quotes they have. So that was really fun.”

“[We] didn’t realize how complicated that process was,” Lee said. “But it was fun.”

For more on our interview with Jennifer Lee just search #WrinkleinTimeEvent on Twitter and you’ll see many more perspectives. And in case you are totally in the dark about A Wrinkle in Time, here’s a bit to get you up to speed: