I’m speaking in Disney movie quotes and song since getting back three weeks ago. And my poor husband hasn’t gone one day without me talking to him about my obsession. He is a fan of Disney but I don’t think he’d call himself a Disney fan. But I can tell that’s changing. He has dance parties with our kids in the garage and listens to Disney radio on Pandora, racing to name the song before our daughter. He’s beginning to hold his own. 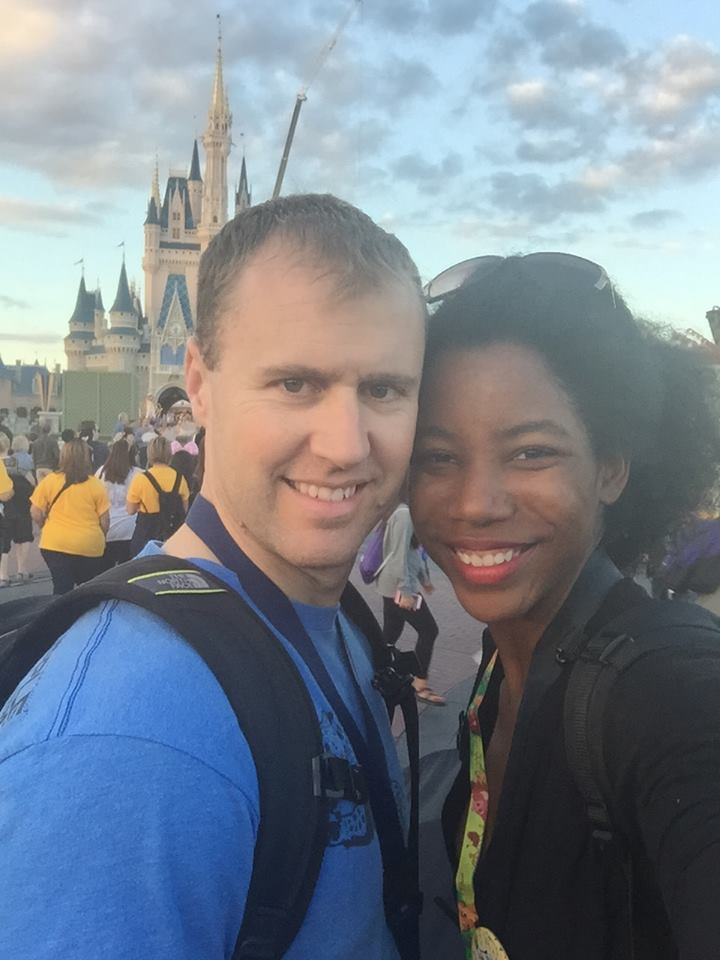 Day by day we’re making our way through all of the animated classics he hasn’t seen (which sadly is a lot). He’ll get there.

Meanwhile I’ve reorganized all of our animated Disney movies in alphabetical order and ordered the half a dozen movies I didn’t already have to complete my collection. I’ve persuaded friends from work to change their current spring break plans for a trip to Disney World (and succeeded!).

I’ve told every unsuspecting soul how Disney World is the place to be and given random tips to remember for that trip some day.

I’ve spend an irrational amount of time wondering how difficult it would be to relocate to Orlando.

And I’ve been researching the other Disney parks to see where we should visit next. I found a list of top 10 Disney parks and discovered Disneyland Paris and Hong Kong Disneyland. Then it hit me…

She says: You know there are Disney parks all over the world? I want to make it a goal to visit them all some day.
He says: What?
She says: There’s two Disney parks in Tokyo! And one in Paris! That would be so awesome to visit before I die!
He says: That’s crazy, why not just keep going back to Disney World?
She says: Well, it would be fun to see what the other ones are like around the world.
He says: That’s just a dumb goal, I don’t want to go to Japan!
She says: Well… I could take the kids…
He says: Take the–
She says: When they’re older!
He says: *frustrated sigh*
She says: Ok maybe I should have said it’s a DREAM of mine to do something like that some day, not a goal. Maybe my goal will be to visit the other parks in the US and do a Disney cruise. A lot of people even rank Disneyland higher than Magic Kingdom.
He says: Whatever, World is way better, there’s way more to do.

… Is this really my husband talking? Remember this conversation? The transformation is working! He’ll be a Disney fanatic in no time.

Your husband cracks me up. I think he and I are kindred spirits.

I just booked flights for our family’s first Disney vacation! The kids will be 9 and 7. We are in the midst of selecting a hotel property right now. And then it will be on to the planning of the actual trip of what to see and do. Very exciting!