Is The BFG Scary for Kids? My 5-Year-Old’s Review

When I’d first seen the previews for The BFG I thought I’d pass for a while assuming it would be too scary for my little ones, but after reading the book I realized it was more of a story about friendship, bravery and silly giants than actual frightening monsters.

Meeting the director and stars of the film definitely makes my opinion of this movie more biased than usual, but I’m going to try my best to still give you my objective opinion.

Compared to the book

I think we can honestly say The BFG has been the most exciting book Lil’ J and I have read together. 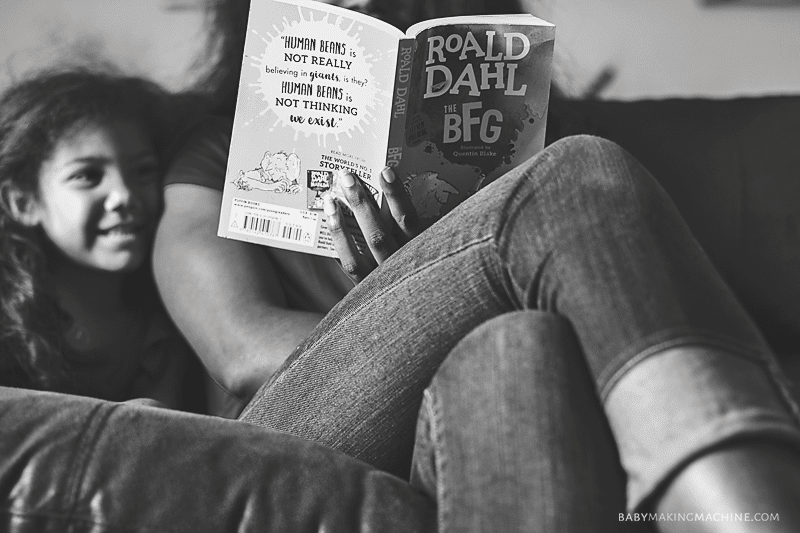 Last year we read the first illustrated Harry Potter book, the Princess in Black series, and so many more. The BFG was a great length to read day after yet, yet Dahl’s words were written in a way she could understand and laugh at.

I wanted to be sure we made it all the way through before my premiere trip so I could fairly compare it to the book.–Which is a good or bad idea depending how you look at it.

Visually the movie is gorgeous. Spielberg made Dream Country more magical and beautiful than we had imagined. And the giants were given a more dynamic roll.

The first time I screened the movie I couldn’t help but notice all of the differences from the book. I thought my daughter would be disappointed by that, but it proved to be a great opportunity for us to talk about some of the differences in books and movies and how authors and directors are both creators and can have different visions for the same story.

As I had hoped, the film was magical and captured an essence I didn’t fully imagine reading the book. I thought the premiere screening was amazing but honestly, going to screen it with my daughter in a theater full of little kids was the best experience. The laughter was so contagious and the kids in our theater LOVED it. There were little funny scenes that adults didn’t laugh at in our first two screenings that the kids cracked up over this week. 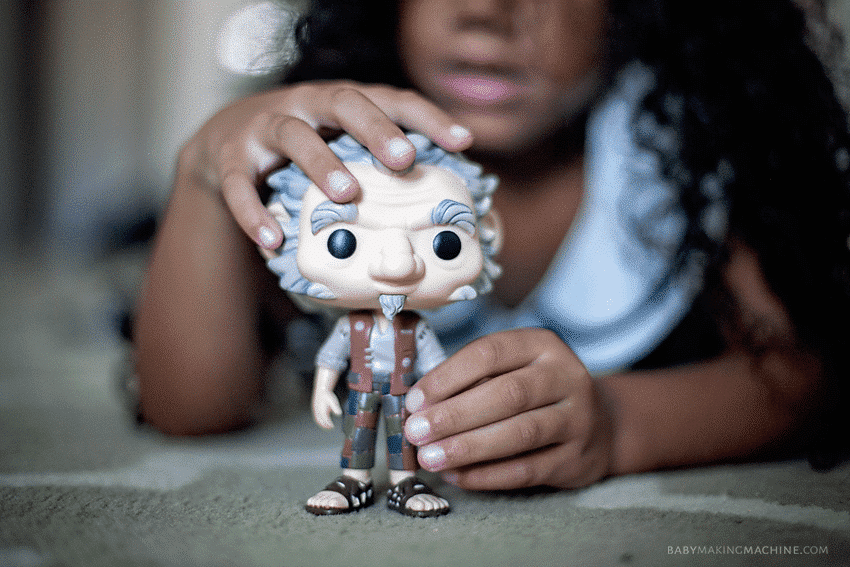 You can definitely tell, like the book, the movie was made for young children and had their entertainment in mind, including and especially the whizzpopping references. So if you haven’t read the book you’re in for a hilarious surprise, but even if you have, somehow, the movie makes it even better.

There were a few parts of the movie I thought were really slow and like children may loose interest, but overall it was a cute movie with a sweet message that anything is possible, and children can do BIG things.

As I walked out I spoke with a parent who said she were so pleased and saw some spiritual references in the movie. So it’s really interesting to hear what everyone gets out of it.

Is The BFG Scary?

You never know how film adaptations are going to go. So is The BFG scary for little ones? If you have a little one who is already afraid of big, dark, loud theaters parts of this movie may be pretty intense. The movie does have a scary scene that’s not in the book. Part of it is in the trailer.

Skip this little paragraph if you don’t want a spoiler: When Sophie falls asleep in The BFG’s house he runs away to make her a nightmare that may startle your little ones. A giant jumps out of the ground and swallows her, but she quickly wakes up and you realize it was just a dream. 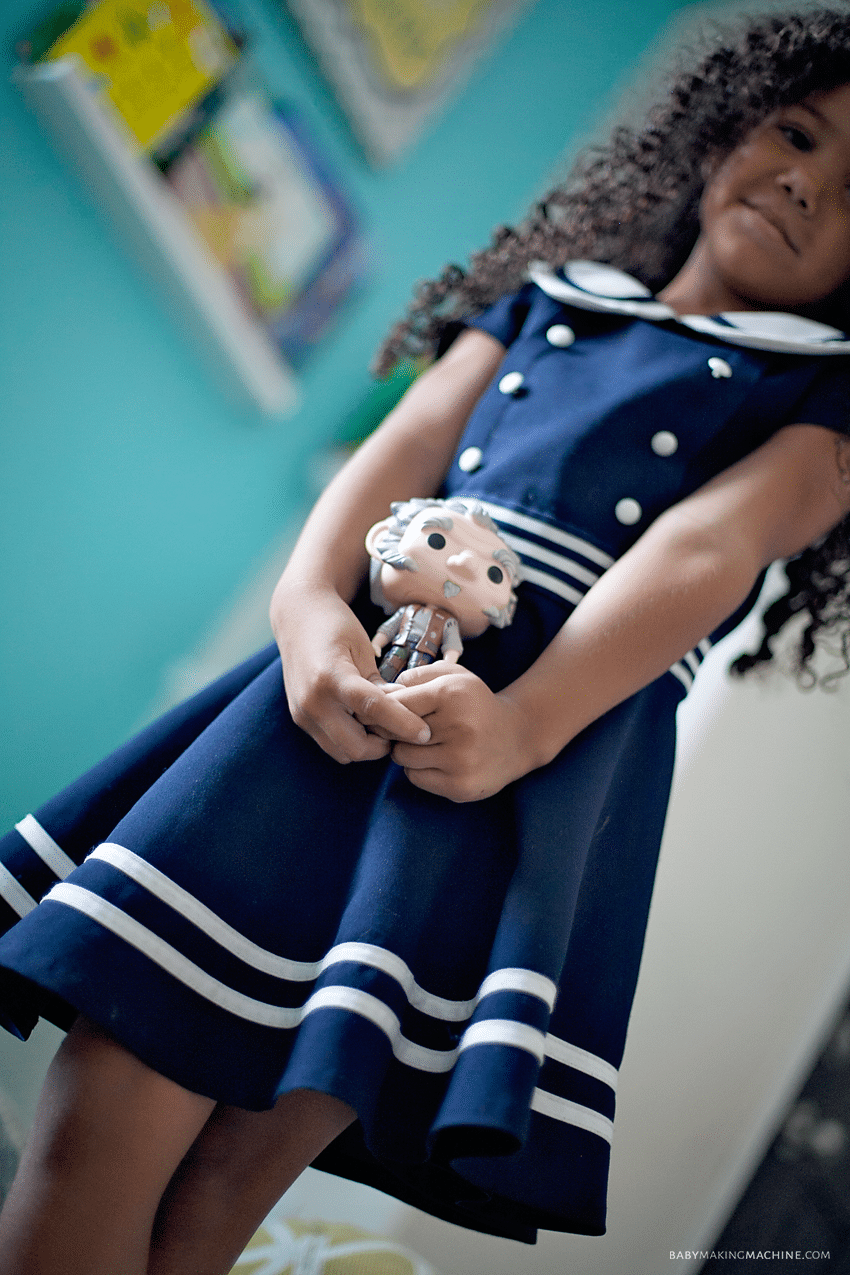 Other than that, the nine frightening giants are more silly than scary, and of course very ugly looking. My 5-year-old didn’t get scared and I didn’t notice any kids around us scream, cry or leave.

I’d recommend the movie for kids 5+ especially if they have some background about the story or if you have read the book together. When my daughter saw the trailer she was so excited for the movie and even made sure to wear a dress she has that looks a lot like the one Sophie wears at the castle. 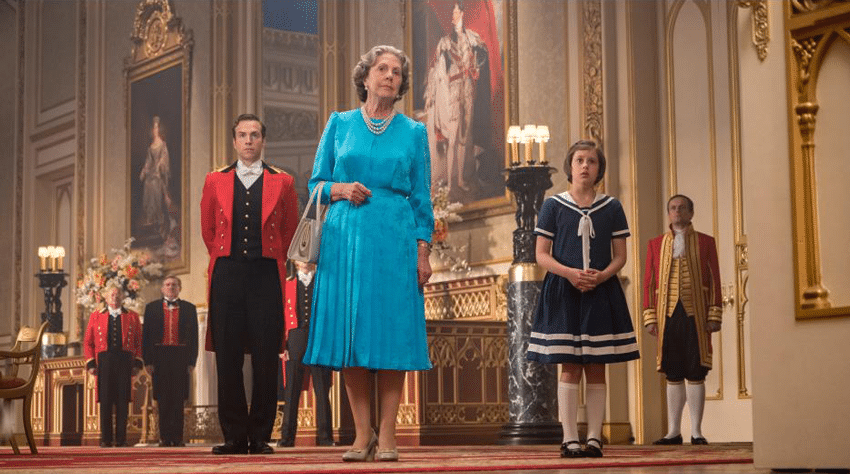 Do you want to see it again?

If my family wants to.

Do you think your friends should go see the movie? Do you think they’d like it?
Yes, because my aunt liked it.

Which did you like more?
I liked the book more because you get to read it to me.

Should they read the book first?
Yea, because I think the book is better. 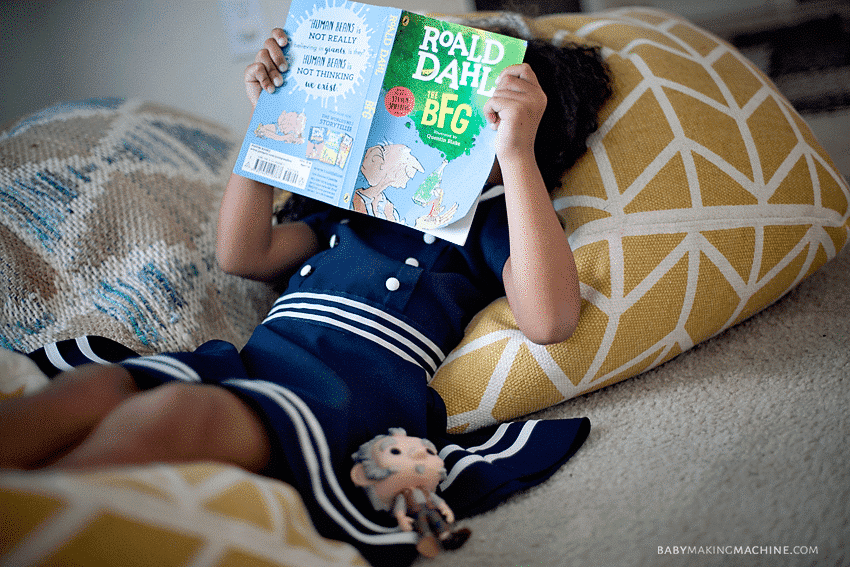 Did you notice the differences between the book and the movie?[Her answer has a spoiler]
Yes, Sophie said she didn’t have dreams and The BFG gave her a nightmare and she tried to run away and the Bloodbottler giant ate her and the BFG didn’t save her. [It’s actually the Fleshlumpeater but in the book the Bloodbottler is the bigger villain].

What do you think of Sophie?
That she is brave.

What did you learn from the movie?
Never get out of bed, never go to the window, never look behind the curtains. (A quote from the book and movie).

What did the movie teach you about anything being possible?
Sophie believed in herself, and she took charge and told The Big Friendly Giant that ‘we can’t just let them eat the kids, we need to go stop them!’

What was your favorite part of the movie?
When The BFG was cutting up the snoozcumber and when he said “rawww”.

(She got sick and fell asleep before the end which the breakfast scene I thought was without a doubt, was the best part of the movie. Guess we’ll hafta so see it again, though it’ll probably be my husband’s turn since I’ve seen it thrice now).

What did you think of the movie?
I really enjoyed the movie overall. I would give it 4 out of 5 stars.

What do you think the message/moral of the story was?
No matter what size you are you can do anything to help anyone.

What age range would you recommend the movie for?
Anyone 5+ they should be able to understand it.

So there you have it. The BFG review from many different perspectives. Hopefully it won’t be something you think is too scary for you little ones and you’ll enjoy it as much as we did! It’s not in theaters everywhere so be sure to come back and let us know what you think!

For more of our kids movie reviews click here.

there is an animated version of the BFG.

My five year old read the book with her class this past school year and has been filled to the brim with excitement over the idea of seeing what’s become her favorite story played out on the big screen! Now that Lil J has given it the thumbs up, we’ll definitely be seeing it soon 🙂

Hi there are using WordPress for your blog platform? I’m new to the blog world but I’m trying to get started and create my own. Do you need any coding knowledge to make your own blog? Any help would be really appreciated!

Superb blog! Do you have any helpful hints for aspiring writers? I’m hoping to start my own site soon but I’m a little lost on everything. Would you recommend starting with a free platform like WordPress or go for a paid option? There are so many choices out there that I’m totally overwhelmed .. Any tips? Kudos!

Howdy! Someone in my Myspace group shared this website with us so I came to check it out. I’m definitely loving the information. I’m book-marking and will be tweeting this to my followers! Wonderful blog and excellent design and style.