An Interview With Tiya Sircar of ABC’s Alex, Inc.

One of the reasons I was so drawn to Ava DuVerney’s adaptation of A Wrinkle in Time is because of the diverse cast she chose for the film. My daughter, and so many other children can see themselves in the characters on the big screen and it makes such a difference.

As a little girl in Atlanta, GA I grew up believing I could be on television some day because I saw women like Oprah and Monica Kaufman (now Pearson) on TV. I love that every season a new show seems to appear featuring an interracial family, or a woman of color. Alex, Inc. has both. 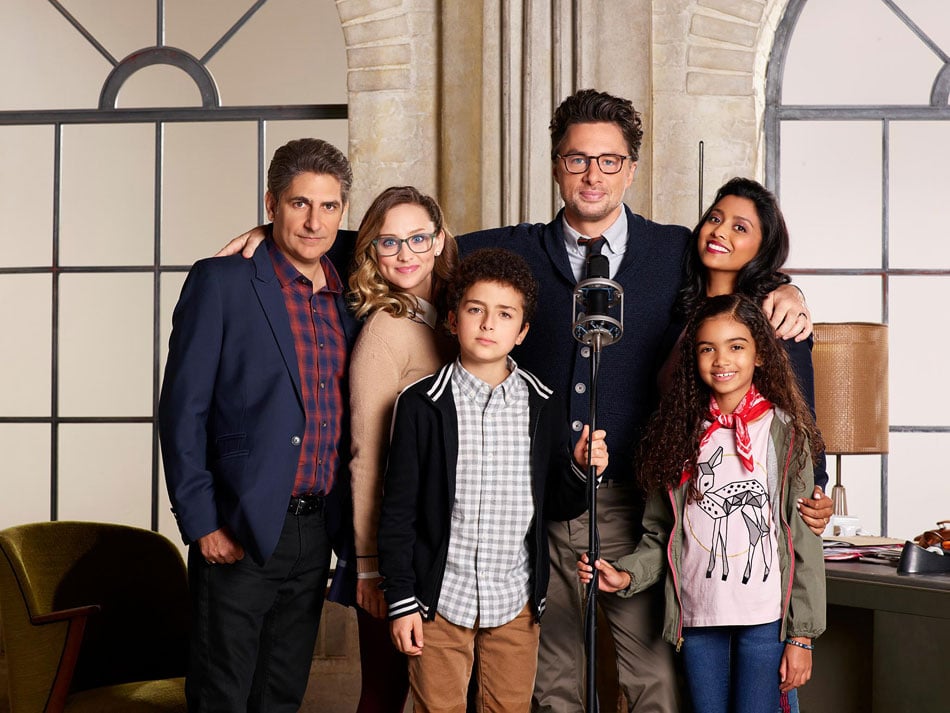 We watched a couple of episodes from the series and the characters and comedic storyline really pull you in. But what I enjoyed the most was seeing the colorful family dynamic and culture respectfully infused into the show.

We spoke with the cast and as they were getting ready to leave I told Tiya Sircar (who plays Rooni) how excited I was to see her in that role. She’s also from Texas and she told us how growing up she didn’t see people who looked like her on TV. I’m so glad she can be someone little girls can look up to and know they too can achieve their dreams.

“Well, it was originally written she was Persian-American as the woman who she’s based on is in real life,” Tiya Sircar said. “And, you know, when I got this job I thought, oh, Hollywood. Like, guys, I can’t play a Persian-American, but these guys were like, well, we’re gonna let’s change her and let’s make her you. And then the more we all got to know each other and, you know, I’m they had me come in and meet the writers and we had this two hour conversation about my upbringing in Texas and my parents’ upbringing in Calcutta and, you know, when they came over as grad students and their experience as, you know, like Indian immigrants.”

Here’s some more on the show: 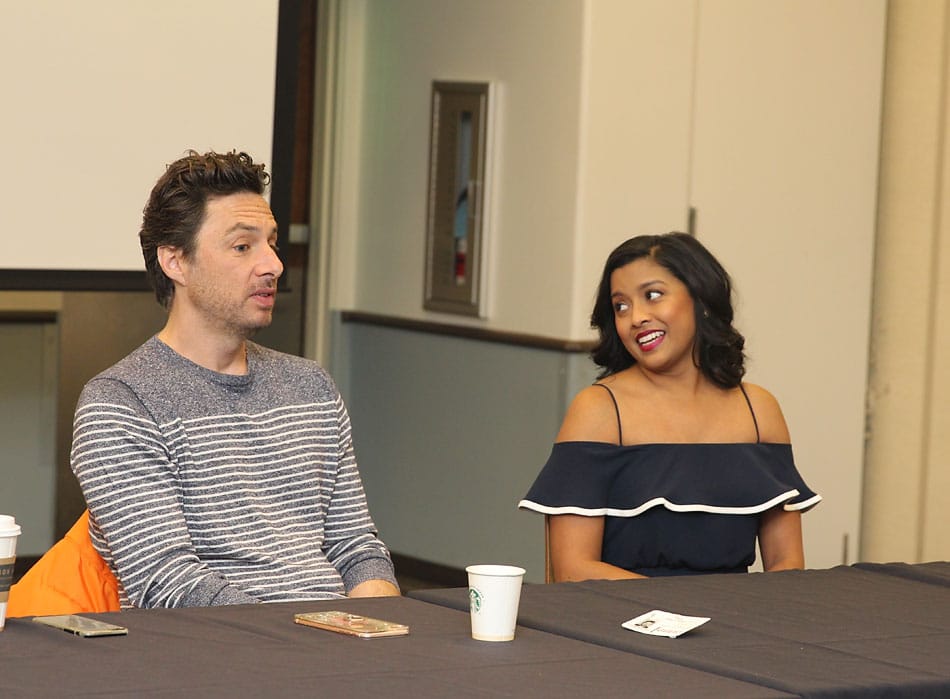 Based on Alex Blumberg’s successful podcast “StartUp,” comedy series Alex, Inc. is all about the things that happen – the good, the bad and the ugly – when a journalist and family man quits his job to start his own company. He quickly discovers it’s going to be a lot harder than he thought.

Alex Schuman (Zach Braff) is a successful radio producer with a whip-smart, public defender wife, Arunima (aka “Rooni”) (Tiya Sircar) and two confident, quirky children, Ben (Elisha Henig) and Soraya (Audyssie James). After years of making the kind of content that brings no creative fulfillment, in what most would consider an early mid-life crisis, Alex decides to risk everything – including his savings – to start his own business. Armed only with the help of his overenthusiastic producer, Deirdre (Hillary Anne Matthews), and his fast-talking, unemployed second cousin, Eddie (Michael Imperioli), Alex navigates the crazy world of start-ups while trying to keep his marriage and family a priority.

When I was a tween I looked forward to evenings together as a family catching up on our shows and creators and stars of Alex, Inc hope this is one of those shows you can sit down and watch as a family.

“I’m an uncle and I have a lot of godchildren and one thing that kept coming up is that even though there’s so much great TV out now, I kept hearing there’s not a ton that we all wanna watch together,” Zach Braff said. “Like, we all love these shows that you can’t watch with your kids and your kids all have their shows that they love to watch. But a theme that kept coming up as the producer in me with the little lightbulb went — after dinner, before we put our kids down, there’s not a ton of content that we all wanna watch together. And I actually was dating a woman for a bit who had a nine-year-old and I experienced that. I was like he wants to go watch his shows. We don’t wanna watch that. So that was another thing in my head, it feels like to me like that’s an area where there’s more content. Obviously ABC’s great at it with Blackish and Modern Family and stuff like that. So, I felt in a great space to do it.”

See the trailer below and watch the premiere Wednesday, March 28th at 8:30|7:30c on ABC! Check it out and let me know what you think!