I’m turning into the woman I once found annoying

I hope I don’t bore you to tears with what I’m about to say. Trust me, before last week I was in the same boat. Whenever one of my friends started going on about dieting, or counting calories I’d put on my enthusiastic face when really I’d be thinking about what kind of delicious snack I wanted to devour when I got home. 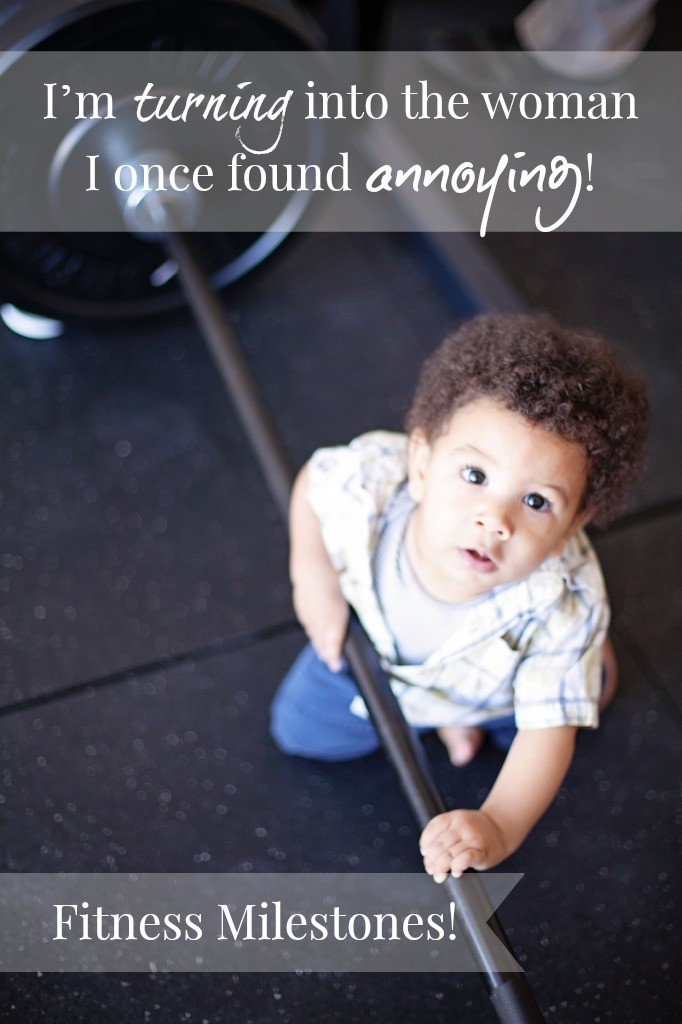 I’ve never been a calorie counter. I’ve always found the idea daunting, exhausting and time consuming. I have, however been working out almost daily for the last several weeks. A friend of mine kept telling me I should download MyFitnessPal. I didn’t want to because I didn’t want to get caught up or feel guilty for the type of foods I was eating. But she convinced me to join under the pretext that I could use it as a fitness log.

The moment I joined I noticed how easy it was to log calories, I could scan the foods I was eating, and monitor my calories burned. A day after signing up I weighed myself for the first time in a few months and realized I had lost seven pounds. SEVEN POUNDS! Never before have I understood the satisfaction of losing weight. Hearing declarations of pounds lost just went in one ear and out the other. A couple pounds sounds insignificant when you’ve never tried to lose weight. It’s not that I shouldn’t have tried to lose weight in the past, I just never used to care.

My sister walked in the door and I proclaimed, “Did I tell you I lost seven pounds? SEVEN POUNDS!”

“Cool,” she replied in an unenthusiastic voice. I knew that tone.

I opened my pantry and grabbed four cans of beans and placed them in her hands. “Each one of these is a pound. I lost about twice as much of this. It’s gone, off my body!” I urgently expressed my point. “It’s like MAGIC!” 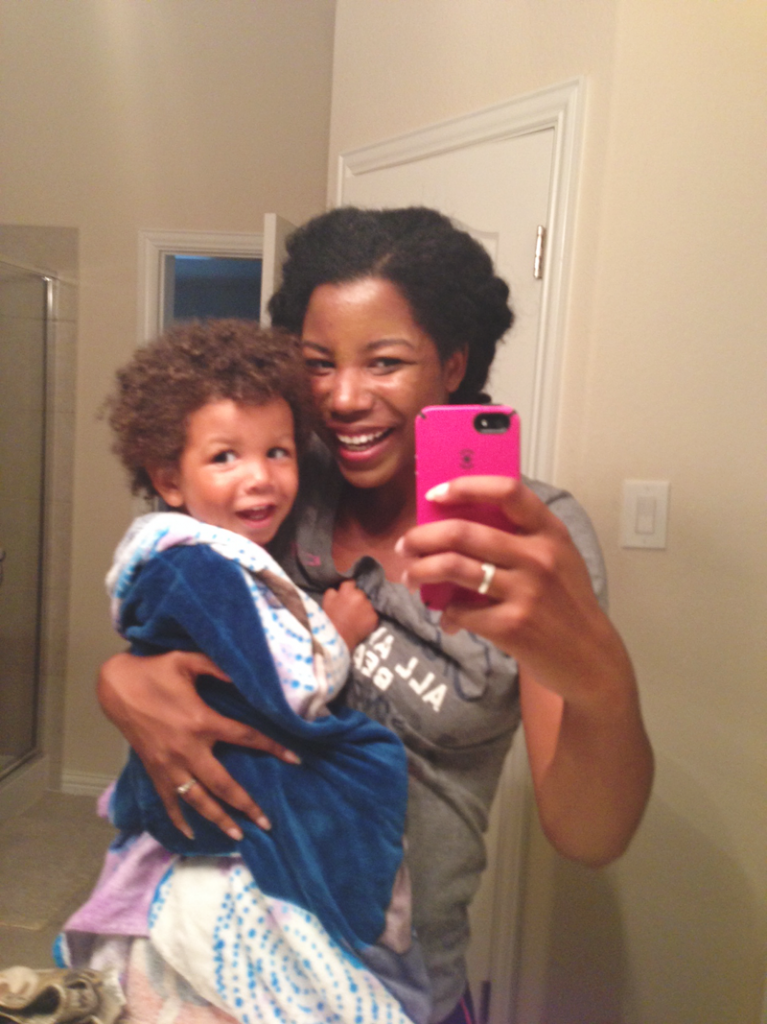 This feels exceptionally exciting for me because I have not been able to drop any weight while breastfeeding, instead the number on the scale has only gone up and up. I celebrated this milestone by ordering myself a Fitbit and new cross training shoes so I could stop stealing my husband’s.

Now I’m that chick that’s asking everyone if they use the fitness app; asking what kinds of quick healthy meals they like to make, and how many calories BODYPUMP burns. I’m dreaming about working out, and eating more salad than I’ve had in my entire life. I’ve even all but given up my beloved french fries.  I’m pretty sure I’m turning into the woman I once found annoying!

When I see a friend who I recall once telling me about her dieting adventures I immediately feel the impulse to bring up fitness chat. I can’t stop the word vomit coming out of my mouth. I hear myself and wonder is this really me talking?

The funny thing is I’ve lived with a fitness buff for the last nine and a half years, although most recently he’s turned into a serious weight lifting fanatic.

I’d take a big sigh of boredom as he got ramped up to tell me about some new piece of workout equipment he wants for his garage gym, some shoe that would help him have better form, or a drink that was awesome right before a workout. I was most definitely unamused. 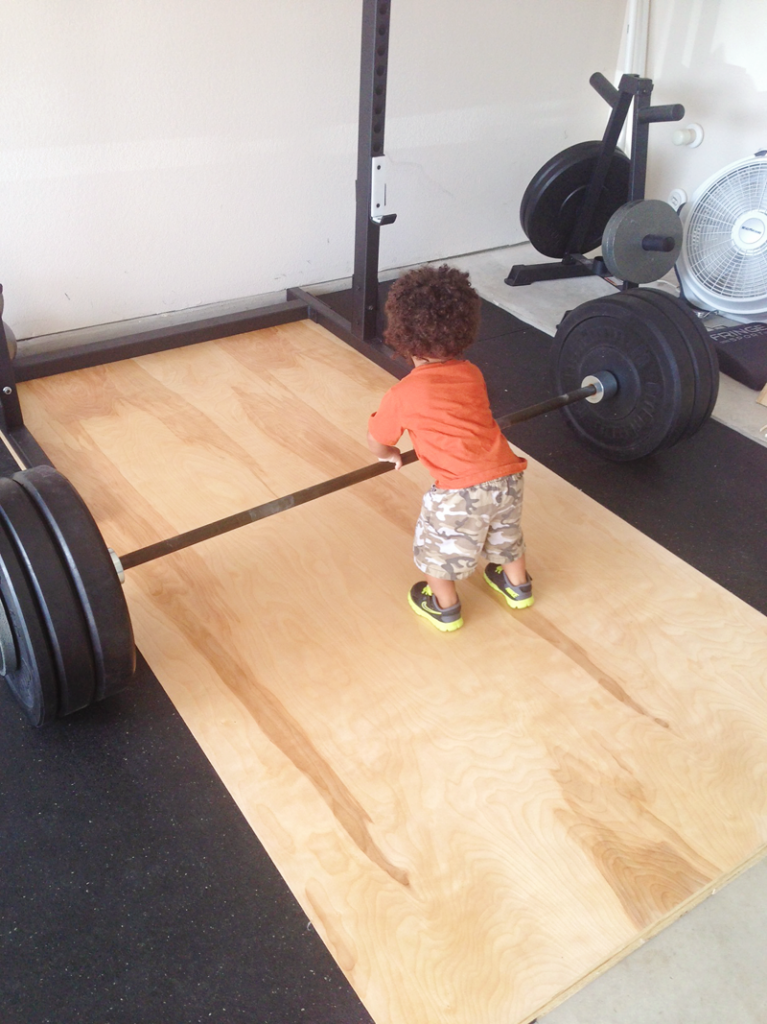 Now I’ve enlisted him as my own personal trainer, and even taken up a little weightlifting myself. I’m not sure he knows what to make of my sudden interest in working out. He obviously knows way more than me, so when I go on about wanting to get bigger muscles he humors me. He always tells me he can’t wait until our son can lift weights with him. Big T already shows an interest in deadlifting. But I remind my hubs that our daughter and I are also capable of pumping some serious iron.

I’ve taken “before” photos of my postpartum belly that doesn’t seem to want to flatten out, my muffin top, back fat, and jumbo thighs, but I’m not sure anyone will be seeing those… Unless I have some kind of spectacular results in a year and I can motivate other people with the “if I can do it, you can do it too!” pics.

So I apologize in advance if I occasionally bug you with fitness talk. Or if I run into you and tell you how many calories I’ve burned today. Who knows how long this kick will last. Probably until I plateau and stop losing weight. Let’s hope that doesn’t happen for at least few months, or until I lose about 20 pounds.

You can fit into your hubby’s shoes? I wear my hubby’s boxers. hehe. Congrats. I’m with you! It’s tough shedding the post baby weight. I’m down like 4 lbs so I know the feeling.

Yes, I have ridiculously large feet 😉

I have lost most of the weight i gained during pregnancy, I think it majorly is due from taking on this active little bubba of mine! Gotta be on your toes at all times!

They are good at that aren’t they? Kids!

You know what the best part is Jen? Not only are you going to FEEL better about yourself, but your body will FEEL better too. Eating healthy and Exercise has been a huge outlet for me. Sometimes I get super stressed, anxious and maybe even from time to time depressed (like everyone) but since I’ve made a life style change of eating healthy and trying to be active. I rarely have days like that. I’m happy and it’s because my body is healthy and working the way it should! It boosts confidence and keeps me sane. 😉 Double whammy -cosmetic and physically speaking. 😉 Congrats on the seven pounds. That’s a BIG deal! So exciting! Lookin good chica

You sound super motivated.. Love it!! I thought I was the only one who couldn’t lose weight while breastfeeding. My daughter is almost 13 months and I’m finally starting to wean her, and now is when I am finally losing weight. Crazy!!

Goodluck on your fitness journey, looking forward to the posts!

Still breastfeeding a 2.5 yr old, and no luck loosing weight untill i started a fitness programme

I read this post when you originally published it, and sort of rolled my eyes to myself. Then, a couple of weeks after that, I started going to pilates and watching what I ate. Now it’s been a month, I’m down 12 lbs, I started the Couch to 5K program, and I’m really enjoying exercising! I’ve turned into you, and it’s pretty flippin’ awesome! 🙂

Hi MW! That is so funny! It gets addicting (and fun) right? So happy to hear that! I love couch to 5k. It’s just hard for me to do it regularly since it’s been so hot. Keep me posted on your progress and I’ll try to do the same… so long as I don’t get too annoying 😉

Will the doctor performing blind dissection be able to adequately account for this
variability in the average patient and will he risk operating on an unwary patient in whom these
differences might be profound. When too much pressure is put on the hair over time it can speed up the hair
shedding process, resulting in the loss of hairs already in the telogen phase.
However, pulling on a scab that was adherent to the skin usually
dislodged the graft – often several days after pulling on a hair
was safe.