I Smelled a Baby, and the Craziest Thing Happened

The past several months in some ways have felt like a whirlwind. Two family vacations, work, starting a new decade of life, and the kids have been growing and thriving in school and play. It wasn’t until about a week ago when I noticed something significant had changed.

We were at Disney World, I was holding my friend Sheena’s daughter. The most cuddly, sweet, adorable little baby girl. I was smooching and snuggling, and walking around with her; having such a good time. Big T and Lil’ J were playing with her toes, and talking to her. It wasn’t until another mom looked at me and said “Awwwww, do you want another one?” that I realized what was different. My ovaries. They weren’t aching.

I didn’t think too much of it. I was on a busy vacation with two busy kids, it probably would be the least likely time to want another. But then at church yesterday, while I was sitting in the back with my two sweet (they were sweet yesterday) children I had this overwhelming and peaceful feeling of completeness. 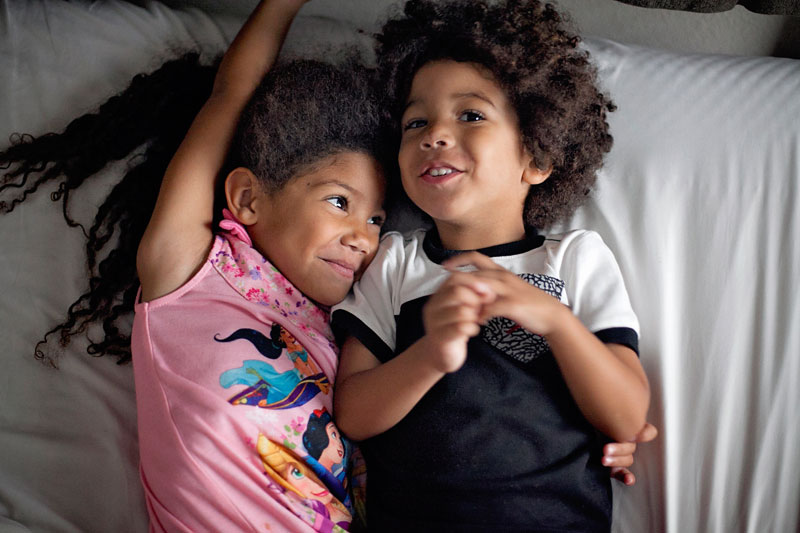 To test this theory (not totally intentionally), I grabbed one of my friend’s babies in the hall after sacrament meeting. He was the most adorable, sweet and cuddly little guy. Still drenched in the beautiful baby scent. I took a whiff.

I told her I was cured of baby fever. She laughed. But I was totally serious. So serious I told my husband.

He didn’t seem to care much because he’s been done since Big T came out. But I was happy to have arrived at the same conclusion as him.

I guess this is how it feels. When you’re no longer wondering should you, shouldn’t you, what ifs and whatnot. I’m not worried about only having two kids because it feels right for us. We won’t be bringing any more spirits into this world. However, I’m still very pulled to the idea of adopting through foster care some day. We’ll see where we are led.

For now my husband can stop sweating bullets, worrying I’d change my mind. And I can cross minivans off my list of potential cars.

awww, sad you wont have anymore babies cause your kids are just too darn cute but im excited to see all the adventures come ur familys way since they are at that perfect age to acually get out and do things. it’s weird because i been questioning the same thing and wondering if you ever really feel at peace with being done. clearly there is a time. for me im still on the fence but i have been getting excited for more adventures as well since my kids are around the sam age as yours.

Haha, I love my little cuties, the rest of you will just hafta take over for us and make more 😉

Yes, there’s definitely a feeling I think Christina! When you know you know! Kinda like marriage.

I am in the same place and it’s weird and freeing. In fact, I have an entire list in my head why I am done and why “we” should be done. G thinks otherwise, so I may have to just take one for the team. My body is ready for a new adventure, lol. I’m looking forward to fostering and adopting too… 13 years from now! #goalsetting For now, I’ll enjoy the baby smell while it lasts and then sign up to hold babies at hospitals if I need a fix, haha!

“My body is ready for a new adventure” YES! I feel that way. Like ready for other things besides pregnancy and nursing, which I’ve been done with that for awhile I guess, so I just don’t feel like going back! Enjoy that sweet baby girl! I hope I get to snuggle and smell her again soon!

warning: we decided we were finished with 2 (ours were almost 6 & 3 at the time). i was at such peace with it–and dreaming about not wiping fannies, going on more vacations, no car seats, etc.–and i very surprisingly got pregnant (our second is adopted; we thought i was basically sterile due to ovarian cancer) three months later. now our third is 6 months old and i can’t imagine my life without him and…gosh, i might even have baby fever again. :-O

OMG that’s one of my worst fears, and as I was writing this I was kinda thinking “what if I’m jinxing myself?” I’m so glad that you got that sweet third baby and HOW EXCITING that you’re getting baby fever again!! haha.

Oh my gosh! You are hilarious! I can’t wait to read more!

I’m definitely a fan of your blog. I basically binge-read this blog yesterday after I discovered it.lol

What a great and special feeling, to feel whole a complete with your two beautiful children. Thank you for sharing your stories, I have just started reading them. Whether you end up having another one, or you end up adopting or neither, it will be right.