I Didn’t Think Having a Son Would Feel Like This

I’ll never forget a conversation I had with my husband before we had kids. I loved to ask hypothetical questions about our future (ok, well… Maybe I still do). I asked him if he cared if we had a boy or girl first.

At the sound of that he realized he too wanted a girl as soon as possible.

“What is we have a boy and I don’t love him as much?” I asked him hypothetically.

My husband’s face twisted with confusion. “Why would you say that?”

It really was a mean thing to say. I don’t know why I even asked. But deep down I did wonder if I’d feel a hint of disappointment if I found out I was having a boy.

Fast forward a few years later. I was pregnant with my first and I couldn’t wait to have my 20 week ultrasound to find out what we were having. No really, I couldn’t wait. I took an intelligender test that told me I was having a boy. You can’t miss the disappointed tone as I read the results.

A month or so later when we found out those results were wrong and we were actually having a girl, I cried tears of joy.

Fast forward a couple more years. I was pregnant again, this time we go the surprise route and find out that we have a little boy once he’s placed in my arms. I had no idea what to expect or what I was in for. But I also didn’t imagine to fall in love so fast and so far just as I had the first time with my daughter. 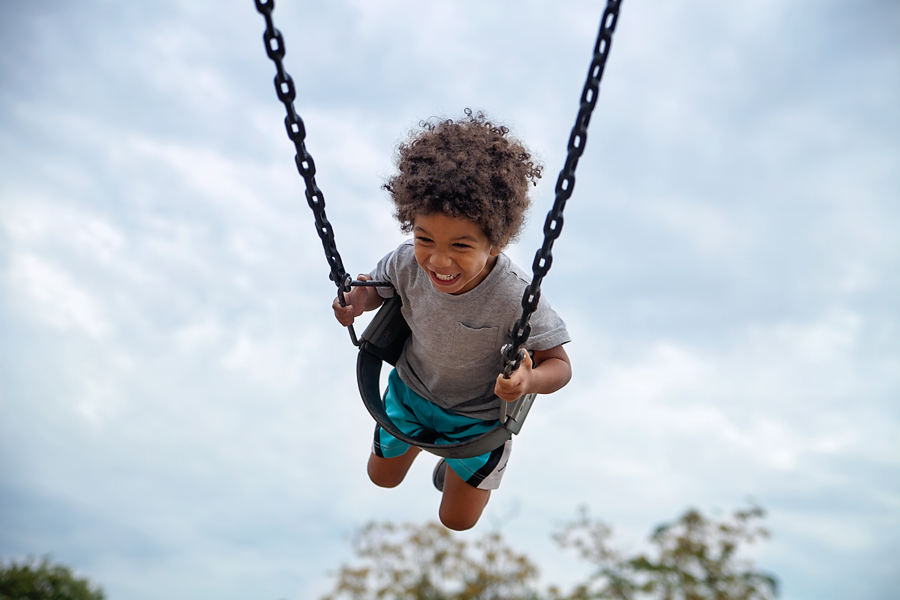 My little boy is so wild, so loud, so stubborn and he has stolen my heart. And when he’s not threatening to stop it from beating, he’s melting it constantly.

Once a week, after dropping his sister off at school we go and get donuts at a nearby donut shop. We sit by the window until the freight train goes by. It’s a simple little tradition, but it means a lot to me. And although he’s wild, loud, and not exactly what I envisioned in my future–I can’t help but feel that he was just too wonderful and unpredictable for me to dream up myself. 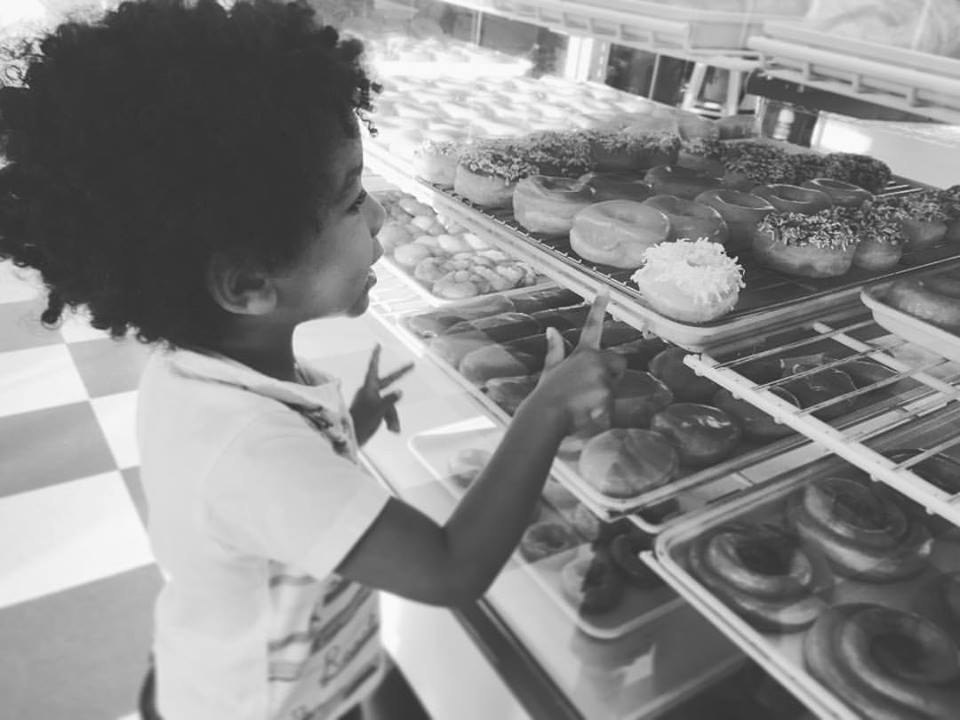 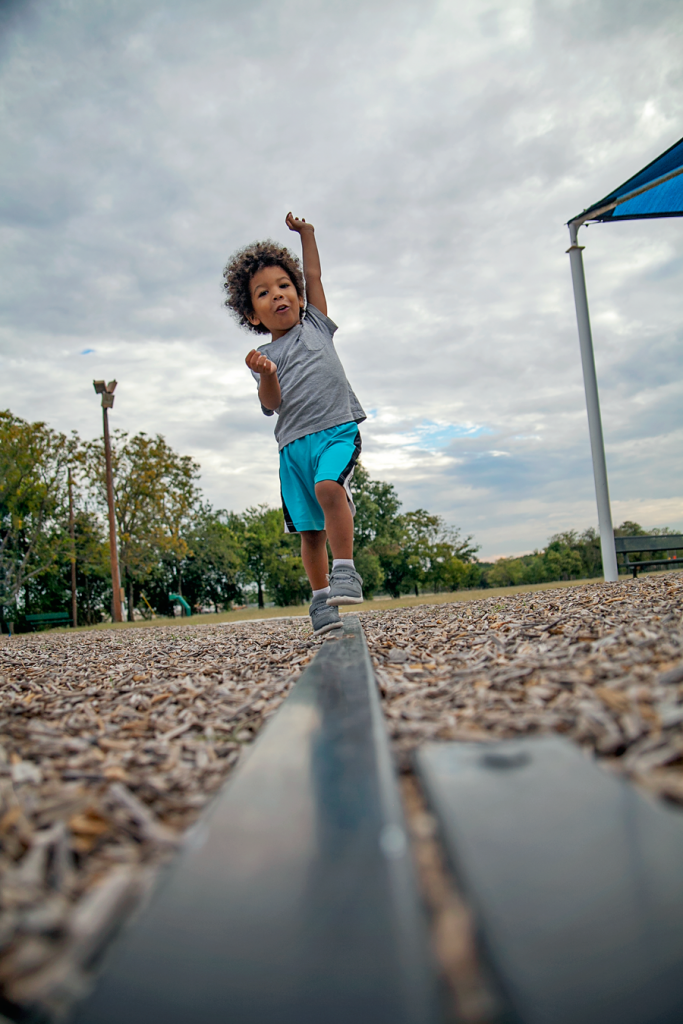 My husband and I both come from families where boys outnumber girls 3 to 1. I was sooooo hoping for a girl, and I wanted us to keep trying until we had a girl. No matter what, I wanted a baby girl.

Our first was a boy, my twin. He is just the greatest joy. I laugh myself silly daily at the things he does, his thought process, his preferences that are exactly like me and mine.

In our second pregnancy, the anatomy scan showed me were having a boy. That is what the tech told us, so we got ready to have another baby boy. We were both just a wee bit sad since we both wanted a girl. Fast forward to 38 weeks, and I hadn’t felt the baby move since 24 weeks. I asked for an ultrasound to make sure everything was ok. They did the test and during it they asked what I was having. I said, “you guys told me I was having a boy so we are having a boy.” Ten minutes later, the radiology director walks in and introduces himself. His tone is melancholy…and I am suddenly worried. He says, we are not sure how we got this wrong. We have gone over your previous ultrasounds, and the results are clear, but I must inform you that you are having a girl. We were wrong to tell you your baby is a boy. !!!! I could barely contain my excitement. Whoo-Hoooo!!! We are having our baby girl. YES!!! The hubby was over the moon. The radiology director was visibly relieved that we were ecstatic. LOL!

Our daughter is a gem. We weren’t prepared for her. We had nothing girly set up for her. I bought some stuff at the last minute just so she could have pretty clothes, but I mean there was nothing ready for her when she arrived a week later, but she is her daddy’s twin and watching him look in the mirror has been priceless…at least for me. 😀 Jokes aside, I was never close to my mom and I love having the chance to nurture a loving relationship with my daughter. I thank our lucky stars every day that she is here.

Our last child is an adorable little cherub of a boy. I think we had the least expectations of him. We already had one of each so it didn’t matter what we had. I kind of hoped for another daughter, but I just knew our familial odds were against that possibility so no surprise when the DNA test said he was a boy. The surprise has been in meeting him. He is just the happiest baby we have ever seen. Always smiling, always laughing, giving away kisses like candy. He is the most loving, fantastic little guy. I literally say, I am not this good. How could I have made a baby so purely sweet and loving? LOL! People are forever telling us what a sweet guy he is. Both of our older kids were more reserved and introverted. The little guy is whole new experience.

I think I am left with the impression that the child’s own personality dwarfs whatever hopes and expectations with which we started. I don’t think it is bad or selfish to start out wanting to achieve certain goals. Not at all, but I love that the kids themselves move us into a world that we couldn’t even imagine before they got here.

I often have the same fear except the opposite. I really want a little boy and I’m afraid I’ll be extremely disappointed if I have a girl. I still have about two weeks to go but this post made me feel so much better by letting me know I’m not the only one with this concern 🙂

I like that last line a lot. It’s similar to how I feel about my younger son. I didn’t care what we had the first time around, because I was pretty sure (barring major issues) that we’d have a second. I knew I wanted a girl and my husband wanted a boy, so either way one of us would have to wait until next time. We went the surprise route, and I was perfectly happy with the little boy we had. He turned out to be a serious handful, and seven years later he still keeps me guessing and doubting my abilities as a parent. But I love him dearly, of course. When I got pregnant with my second (they’re almost five years apart due to purposely waiting, then panicking, then fertility issues), I really wanted a girl. And when I saw something pop up on the ultrasound and the technician confirmed what I was seeing, I’ll admit I was pretty upset that it was another boy. I knew a third baby probably wasn’t in the cards for us, so this was it. I was going to have two boys. It took me a while to grieve the loss of the girl I always wanted, but you know what? God gave me the most amazing little boy I could have asked for. He’s been a sweetheart from the beginning. He was a good sleeper, a pretty good eater (all things considered), and a pretty chill baby. Now that he’s 2-1/2, he definitely has his moments (destroying the house, tormenting his brother, throwing tantrums over random stuff), but he is pretty much the sweetest kid ever. He gives hugs all the time, loves giving kisses, and tells me he loves me out of the blue a half dozen times a day. He’s just so sweet, so adorable, and absolutely hilarious. I couldn’t have asked for a better #2. He was the other little boy I never knew could bring me so much joy. And while a daughter would have been amazing, I know he’s the right kid at the right time.

I’m the mother of four boys and wouldn’t trade them for all the little princesses in the world. 🙂

When my now husband and I started dating, I said I wanted 4 kids; didn’t matter the gender. Four was my limit. We had a girl. Then a girl. Then twin girls. Then twin girls again. We had 6 daughters; I was done. Then right before (or right around?) you got pregnant with J, I had a surprise pregnancy. It was a boy. I was shocked. I was scared. I didn’t know what to do with a boy. All of my friends who had at least one of each gender assured me that being a mom to my son was going to be completely different than with my daughters. I was confused at that thought. Sure enough, 5 years later, I make the same comments to my friends who are having a boy after having a girl. I love all my kids more than I ever imagined I could love another human. But, the bond with my son is completely different than the bonds I have with my daughters. My girls try to say that he is my favorite. But, I assure them that he is not my favorite child; maybe my favorite son, but not my favorite child. After having all my girls, I never realized how different it would be if I had a son. But, I am so glad that I get to experience both worlds.

What a sweet post! My wife has two older sisters. The oldest sister has a 13 year girl and the middle sister has two boys (9 and 4). They adore their cousin and she’s an incredible older cousin. But like any teenager, sometimes she gets tired of wild boys. Anyway our niece has informed us if we don’t have a baby girl she’ll put him up for adoption. Ha!